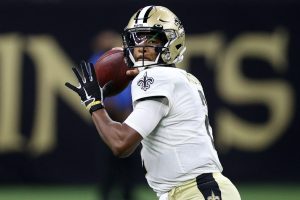 Monday night’s preseason battle between the Saints and Jaguars brought another opportunity to catch No. 1 overall pick Trevor Lawrence in action, but it was the New Orleans quarterback who stole the show. Jameis Winston (9/10, 123 yards, 2 TDs) was brilliant in a performance that should secure his spot as the Saints’ starter following the retirement of Hall of Fame quarterback Drew Brees. Time will tell, but it looks like the Jameis era in New Orleans has officially begun.

Cowboys Go Virtual: The Dallas Cowboys have been the subject of HBO’s ‘Hard Knocks’ this preseason, but the team is going virtual this week after a third positive COVID-19 test from WR CeeDee Lamb.

Vikings Pitching the Vax: The Minnesota Vikings are among the most unvaccinated teams in the NFL, and they’re reportedly bringing in an infectious disease expert to try and convince players to improve their vaccination rate.

Fields Calls out Bears Fans: Rookie QB Justin Fields came to the defense of his new mentor Andy Dalton on Monday when he called Bears fans ‘disrespectful’ for chanting his name with Dalton on the field. “They also have to realize Andy is a human being, too.”