The Calendar Slam is Still Alive 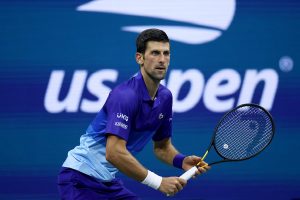 The U.S. Open fields have been trimmed down over the holiday weekend with one familiar name still alive — Novak Djokovic. The slam king of 2021 is into the quarterfinals despite back-to-back rounds where he dropped the first set. Djokovic rallied in each match to win the remaining sets without a doubt as he moves within nine sets of a historic calendar slam.

Plenty has happened throughout the last five days at Flushing Meadows, including the upset and shocking news of Naomi Osaka’s potential tennis break. Here’s the latest look at the remaining brackets for the men’s and women’s singles.

NBC News: Naomi Osaka Thinking About Taking a Break From Tennis ‘For a While’