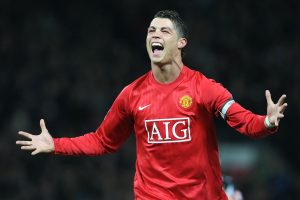 Back to where it all began… Manchester United stunned the soccer universe on Friday when the club landed its former prodigy, Cristiano Ronaldo. The futbol legend was also in talks with rival Manchester City before opting to sign with his former team and return to the Red Devils for the late stages of his career. Ronaldo, 36, played six seasons with Man-U from 2003 to 2009 where he first began his ascent into soccer royalty. He scored 118 goals in 292 matches with Man-U before a decade at Real Madrid and the past three seasons with Juventus.

Fun Fact: Manchester United’s post announcing the return of Ronaldo garnered a record-setting 12.7 million likes (and counting) on Instagram — the most in the history of the social media platform.

How the Deal Got Done

United swung the Juventus attacker for a fee of only €20 million, plus “add-ons” that don’t include Ronaldo’s wages. He did agree to a €6 million pay cut, making his annual salary €23 million per year.

The transfer window closes tomorrow night, but one of the world’s greatest playes is heading back to where it all began.