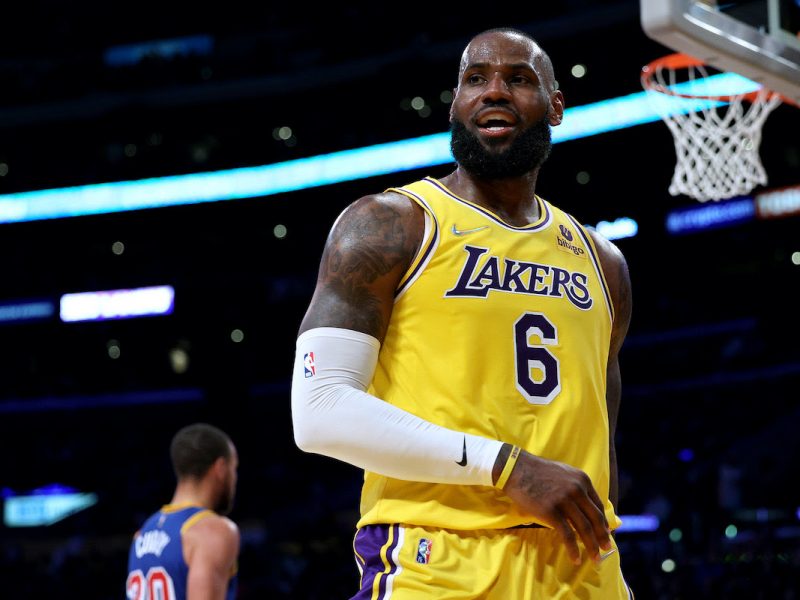 The Lakers may be awful, but few things are more impressive than the never-ending greatness of LeBron James. LeBron’s Lakers beat Steph Curry and the Warriors on Saturday (124-116) behind LBJ’s 56-point night. It was the most points The King has scored in a Laker uniform, and he joined elite company, becoming the fourth player in NBA history to score 50-plus at age 37 or older (Jamal Crawford, Kobe Bryant & Michael Jordan). LeBron said he was fueled by desperation after Los Angeles (28-35) had lost four straight and eight of their last ten. The Lakers are three losses away from slipping out of the playoff picture, but ‘Bron is still ‘Bron.

Middleton Masters the Rematch: The Bucks and Suns met for an NBA Finals rematch, and Milwaukee’s Khris Middleton dropped 44 points with five 3s. The Bucks won, 132-122.

Fox Fires 44, But Kings Lose: De’Aaron Fox was the fourth member of the 40-point club this weekend, pouring in a career-high 44. The Kings fell to the Mavericks on a late 3 from Dorian Finney-Smith, 114-113.