Kings of the Summer League 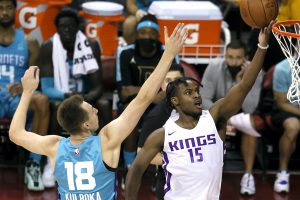 The NBA Summer League came and went in Las Vegas over the last few weeks, concluding with this week’s title game and a rare celebration for the Sacramento Kings. The Kings, led by new faces in rookie Davion Mitchell and Louis King, routed the Celtics (100-67) in the championship game to win their first Summer League crown since 2014.

Mitchell (Kings) was a stud during the August tournament, playing stout defense and showing flashes of what he can be at the next level. Cam Thomas (Nets) was also a co-MVP in Las Vegas after averaging 27 points per game. He dropped 36 in one game and could be a star off the bench in Brooklyn.

After Giannis, Thanasis and Kostas all won NBA titles in the last two seasons, the youngest Antetokounmpo brother, Alex, has his own trophy after joining the Kings’ Summer League run. Where the Greek brothers go, championships follow.