Durant Returns, But Can He Save the Nets? 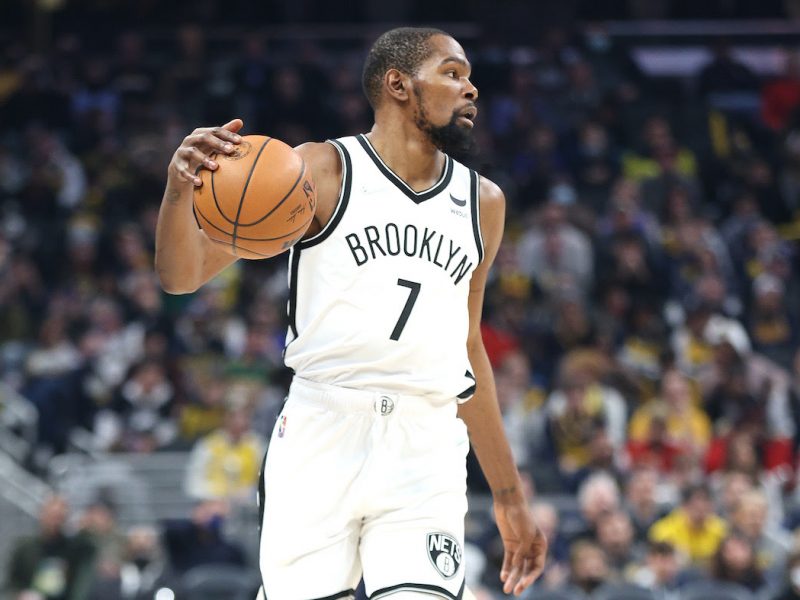 The Brooklyn Nets are now just .500 (32-32) after entering the season with NBA title hopes. There’s a silver lining though, and that’s the return of Kevin Durant. KD dropped 31 in his return to the court after a 21-game injury absence, but the Nets fell to the Heat (113-107). And after the trade of James Harden to Philadelphia for Ben Simmons, Andre Drummond and Seth Curry, Durant has the weight of revitalizing the season for Brooklyn down the stretch. The Nets are currently 8th in the East despite being the preseason favorites to win it all. Now, they’re destined for the play-in unless Durant can resurrect things. Brooklyn is 5-17 since Durant’s injury. Can they pull it together for the playoffs?

Watch: Durant Scores 31 in Return But Nets Lose to Heat

Luka Has Mavs Rolling: Luka Doncic (41-10-9) flirted with a 40-point triple double in Thursday’s win over the Warriors (122-113), and the Mavericks have won eight of their last ten.

Clippers Take Over LA: The Clippers embarrassed their inner-city rivals last night in L.A. (132-111), handing the Lakers their fourth straight loss. The Lakers (27-35) have fallen to ninth in the West after losing 11 of their last 14.