Medals abound for Team USA, but one man has captured more than anyone. It’s Week 2 of our Olympics coverage as the track and field events take center stage. No time to waste. 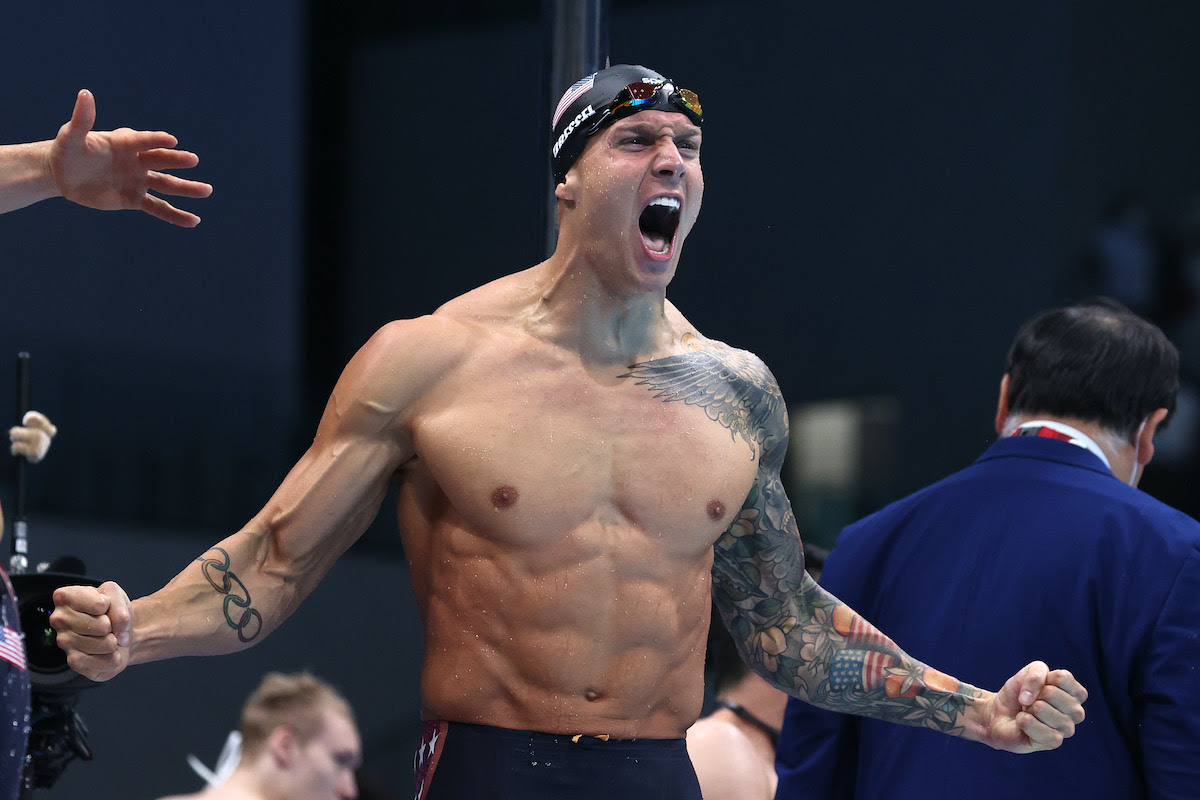 A nonstop weekend of Olympics action turned the page from swimming to track while team competitions like soccer and basketball advance into the elimination rounds this week. We also saw medalists in golf, tennis and much more. But the headliner? His name is Caleb Dressel, this year’s ‘Captain America,’ and he’s leaving the Olympics with a fistful of gold medals.

The Team USA men’s basketball took down the Czech Republic on Saturday (119-84) to punch their ticket to the quarterfinals. Kevin Durant (23 points) and Jayson Tatum (27 points) combined for 50 in the win while Durant passed Carmelo Anthony as the all-time scoring leader in Team USA history. They’ll face Spain in the quarterfinals tonight (Tues. 12:40 am ET).

Team USA’s Xander Schauffele set himself up for a gold medal before Sunday in the Olympic golf competition, but it came down to the final hole. After Rory Sabbatini (Slovakia) lit the leaderboard on fire with a final-round 61 and came into the clubhouse at 17-under, he put the pressure on Schauffele (-18) who got up and down to save par on Hole 18. The 27-year-old Schauffele doesn’t have a major win, but he now owns a gold medal.

It was a stunning weekend in men’s tennis as Novak Djokovic suffered back-to-back losses in the medal rounds and left Tokyo empty-handed. Alexander Zverev beat Djokovic in a three-set semifinal before pacing Karen Khachanov (Russia) in straight sets for the gold medal.

Switzerland’s Belinda Bencic — the 12th-ranked player in the world — was a three-set winner of Marketa Vondrousova (Czech Republic) in the women’s gold medal match on Saturday. Vondrousova was the one to send Naomi Osaka home in the third round,  but Bencic finished with a gold in singles and silver in doubles.

In Action This Morning 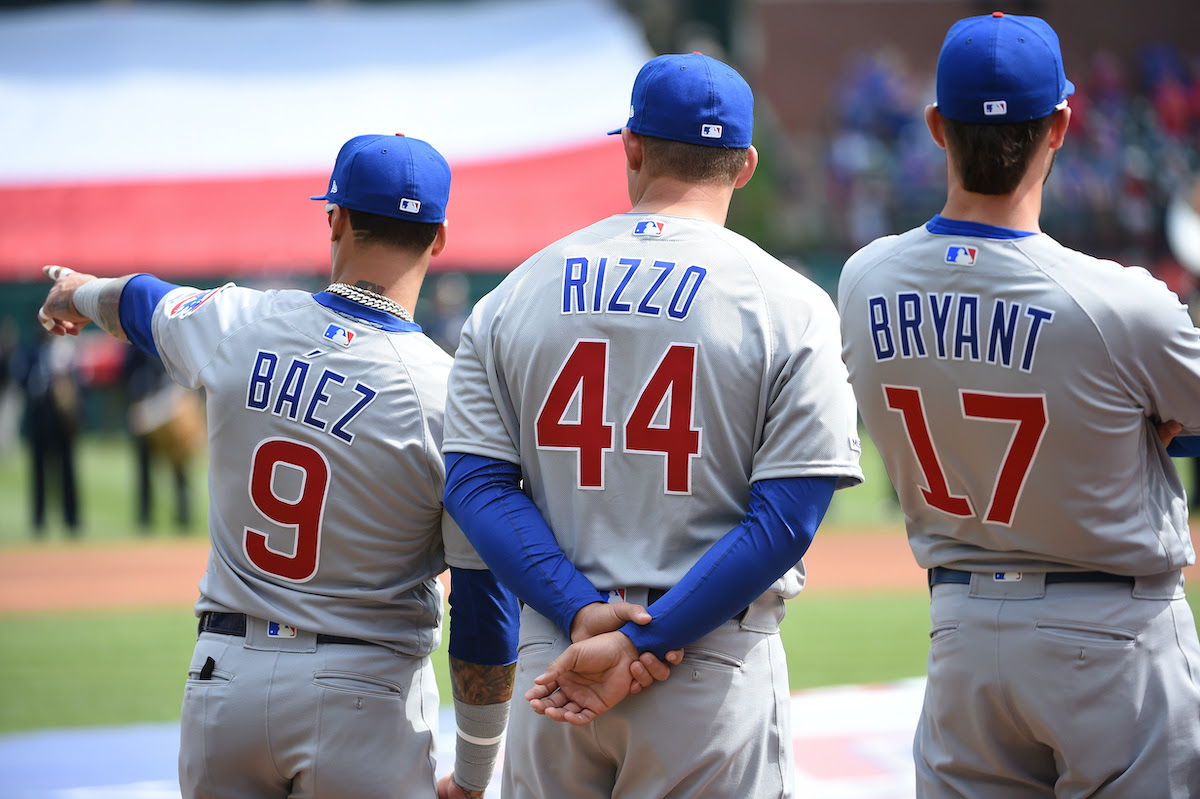 A flurry of trades flooded the airwaves on Friday after a busy week leading up to the MLB Trade Deadline, and one team was at the center of it all. The Chicago Cubs blew it up unlike few teams have before, shipping off nine players in a shocking selling spree. Overall, the 2021 Trade Deadline was one of the busiest in recent memory, but Chicago stole headlines by parting with over 33 percent of their 26-man roster. Here’s a look at all the new homes for former Cubs players after the week that was:

Debut Homers: Kris Bryant, Anthony Rizzo and Javier Baez all hit home runs with their new teams over the weekend.

By the end of the trade deadline, the Nationals also sent Jon Lester to the Cardinals, and the rosters are officially set for the playoff run. 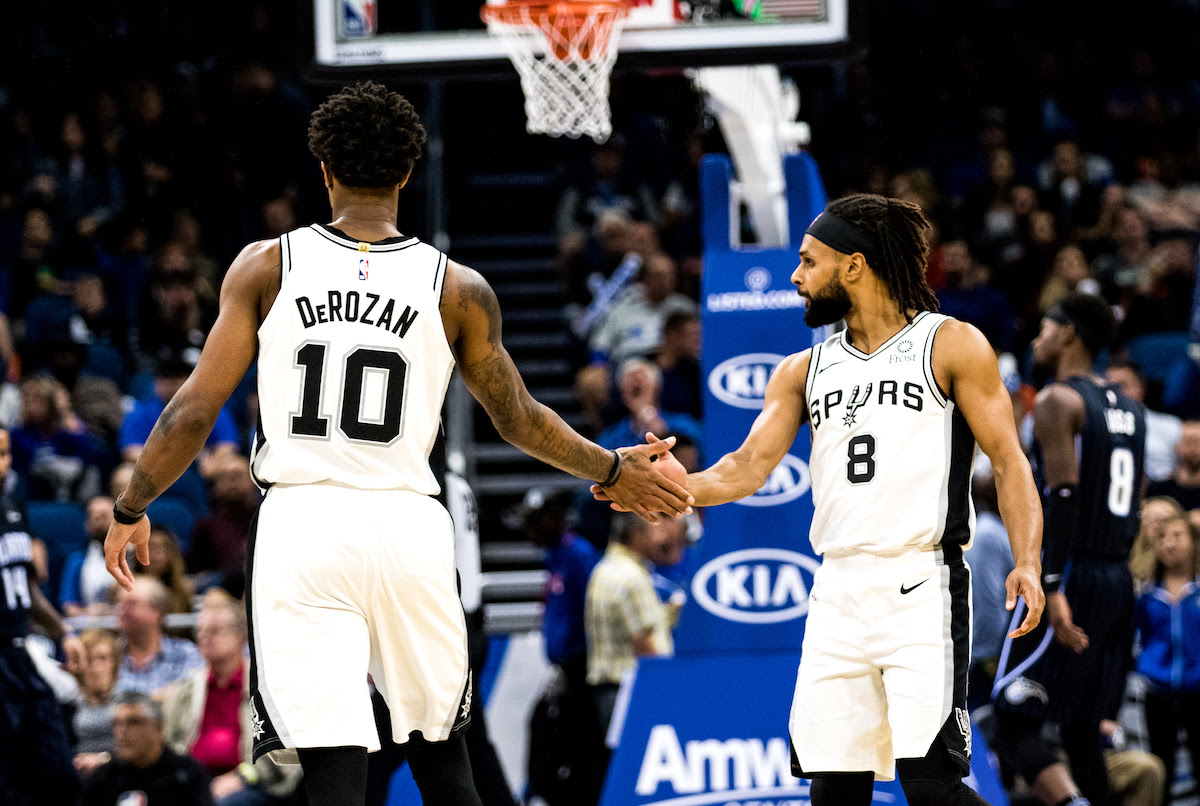 With the NBA Draft in the rearview mirror, teams turn their gaze to the free-agent market this week. Players and teams can begin negotiations officially at 6:00 pm ET today, but many conversations are already in progress. Expect a complete overhaul of point guards across the league with roughly a dozen productive ball-handlers hitting the open market. While many of the names below will be re-signing with their current teams, expect veterans to go ring-hunting.

ESPN: NBA Free Agency: The Players, Teams & Decisions That Matter the Most This Offseason

247Sports: Chris Paul to Opt Out of Contract, Not Necessarily Leaving Suns 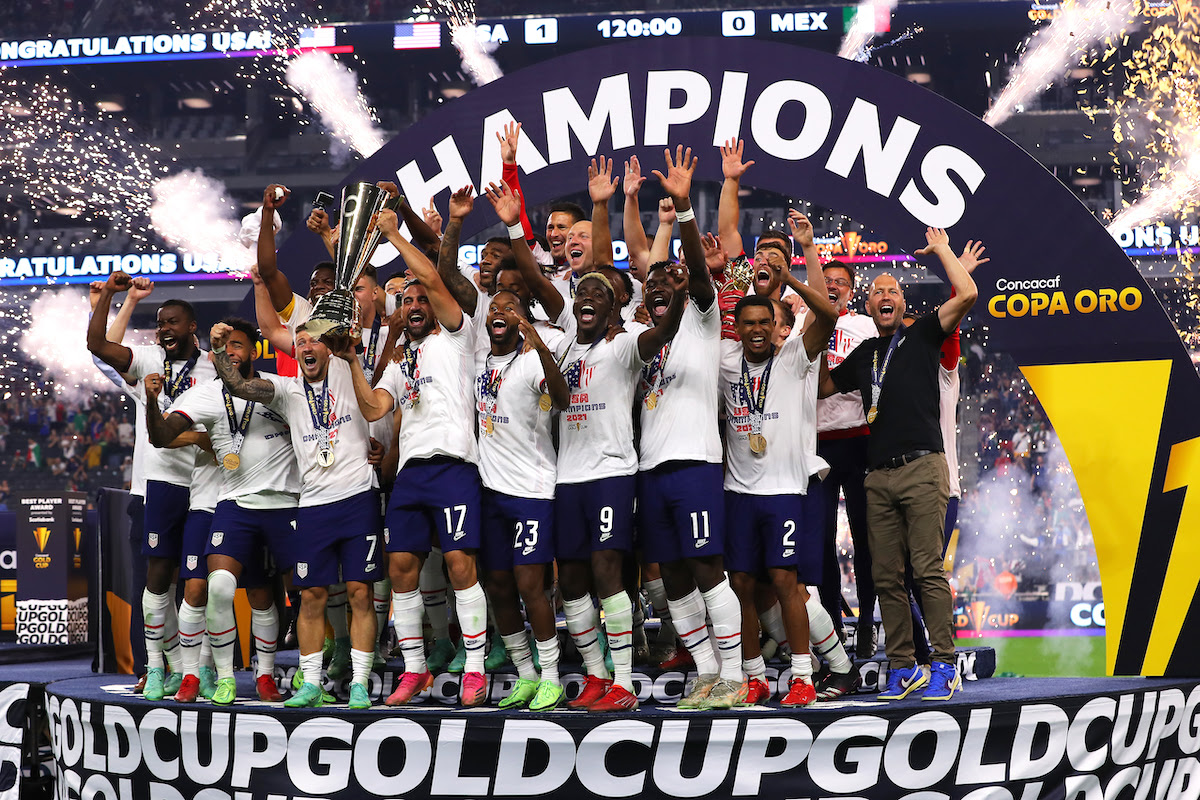 Shortly After Its Darkest Days, A Gold Cup Final Win Against Mexico (1-0, ET) Rejuvenates the USMNT

After years of uncertainty and negativity surrounding the U.S. Men’s National Team, a glimmer of hope has finally come. Manager Gregg Berhalter kept the young Americans scratching and clawing for consistent success, and they’ve found it. The USMNT beat their arch rivals Mexico in a proud Gold Cup Final performance on Sunday night in Las Vegas. A match that needed extra time after a 0-0 gutcheck found relief off the head of Miles Robinson in the 117th minute. Mexico dominated possession (64-36), but the U.S. willed their way to victory with dominant extra-time play.

Gold Cup Grinders: The USMNT won five of their six Gold Cup matches by a score of 1-0, including three with goals in the final 10 minutes or extra time.

New York Mets Will Not Sign No. 10 Pick Kumar Rocker After Physical Concerns