If you went to bed early, you missed a thriller in the desert. Less than a second to go and the Suns drew up a highlight that will live forever. Jae Crowder to DeAndre Ayton… Introducing the “Valley-Oop”! 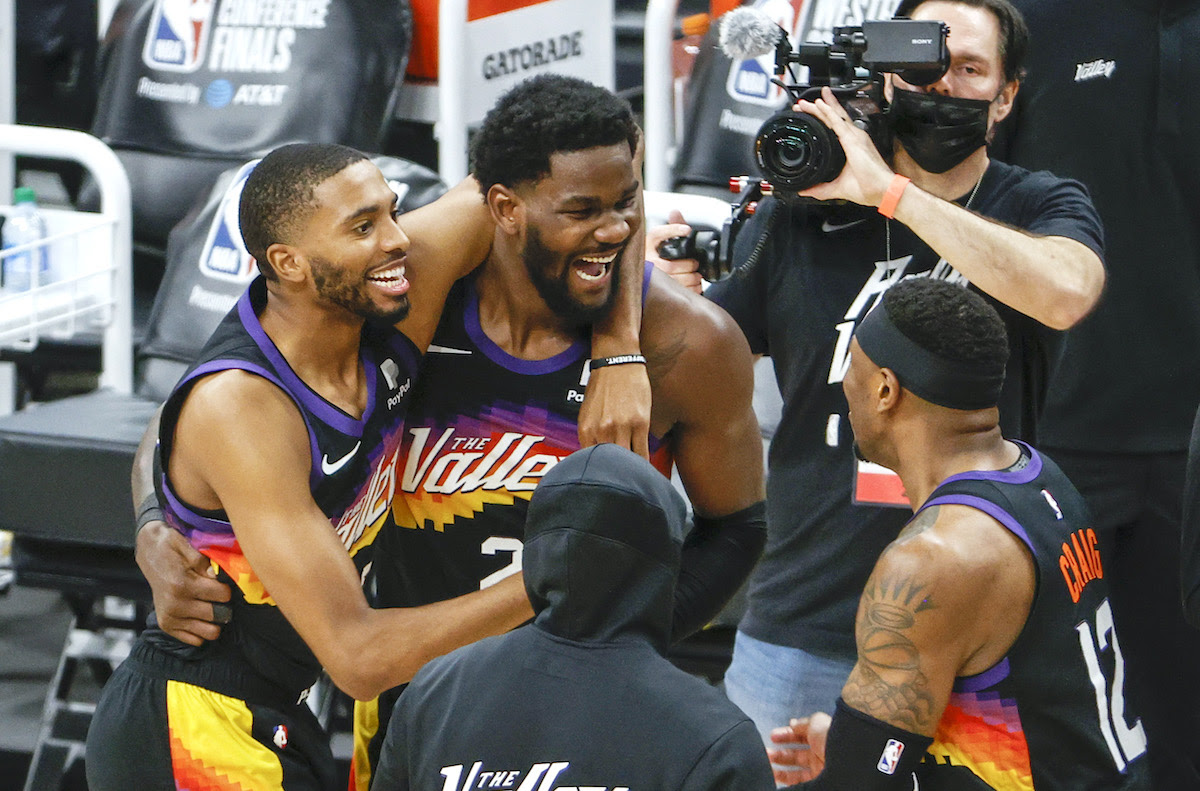 What did we just witness?! The Phoenix Suns had completely blown Game 2 of the Western Conference Finals. They squandered a five-point lead to the L.A. Clippers in the final 90 seconds thanks to four official reviews and a series of questionable calls, but Paul George — a career 84 percent free-throw shooter — missed a pair of free-throws and gave the Suns a chance. The ball went out of bounds with 0.9 seconds, but that was all they needed…

How It Went Down: Jae Crowder threw a lob to DeAndre Ayton who came off a back-screen from Devin Booker for an alley-oop winner off the inbounds. Ayton slammed it in without taking more than 0.1 off the clock, and the Suns survived an epic meltdown to take a 2-0 lead in the series.

We’re still in shock. The play already has a nickname that will live in highlight reels forever… The Valley-Oop.

Phoenix is scorching ever since they fell behind 2-1 to the Lakers in their opening-round series. Since then, the Suns have won nine straight games, including the final three against the Lakers, a sweep of the Nuggets and the first two games of the WCF.

Game 2 Stats: By The Numbers

The Clippers had an answer for Devin Booker in Game 2 after his 40-point triple-double in Game 1. Booker made just five field goals (20 points) but Cameron Payne (29 points, 9 assists) was huge in the absence of Chris Paul, and DeAndre Ayton (24 points, 14 rebounds) was as dominant as ever.

At the end of the day, ‘Playoff P’ (Paul George) had a chance to snatch Game 2, and he bricked a pair of free throws. For the third straight series, the Clippers are down 2-0.

The Habs Are 1 Game From Stanley Cup Finals 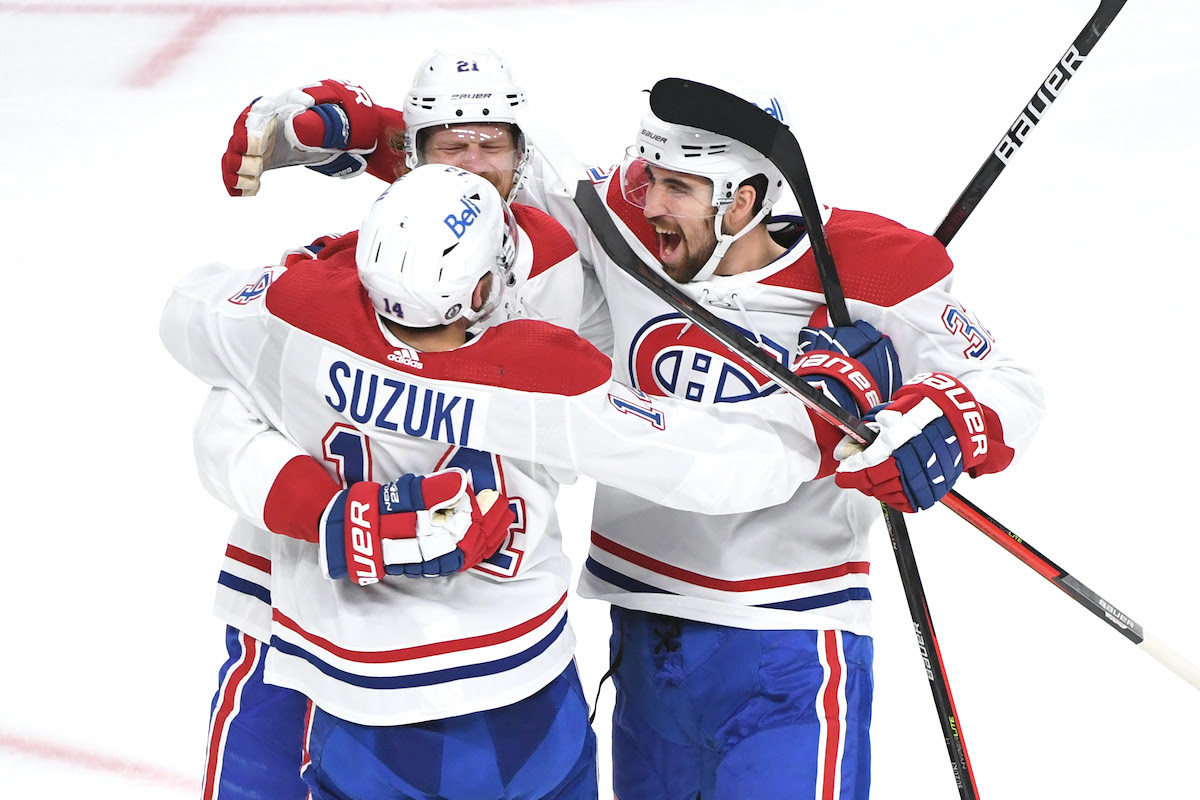 The Montreal Canadiens were the 16th and final team to secure their spot in the NHL Playoffs, and they’re now one win away from the Stanley Cup Finals. The Habs haven’t reached the Cup Finals since they won it all in 1992-93. That was also the last year a team from Canada hoisted the Cup (28-year drought). Montreal’s epic postseason run continued on Tuesday with a 4-1 win over the Golden Knights. Now, they can taste it.

Game 5 Rewind: Nick Suzuki tallied three points in Game 5 with a goal and two assists. Tyler Toffoli also added two assists. Montreal led 3-0 in the first 30 minutes to take advantage of Vegas goaltender Marc-Andre Fleury after the Golden Knights opted to stay with Fleury instead of Robin Lehner. Lehner (2-0) hasn’t lost in the series, and he’ll likely be in net for the elimination game on Thursday. 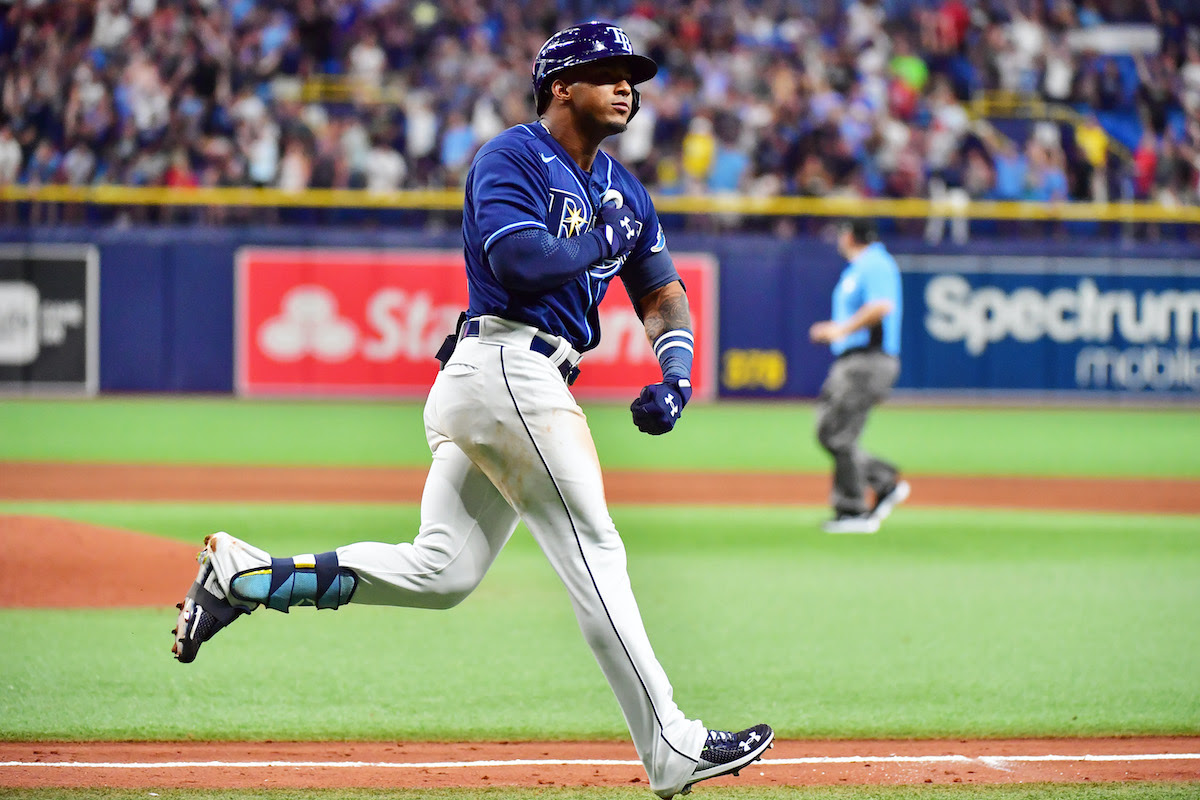 Welcome to the big leagues, Wander Franco! The Tampa Bay Rays called up their 20-year-old star prospect on Tuesday much to the delight of the fans. Franco took a walk in his first at-bat, but he only needed one pitch in his second plate appearance to crush a three-run home run for his first-ever major league hit. Franco also turned a double play later in the game. The Rays fell to the Red Sox (9-5, 11 innings), but Franco (2-4, HR, 3 RBIs) just made a splash.

Sergio Romo Drops His Pants: More sticky stuff checks? Yep. Athletics pitcher Sergio Romo got called for a foreign substance check and took things up a notch. He removed his glove and hat before dropping his pants to prove his innocence. The A’s beat the Rangers (13-6).

Astros Streak Up to 9: Make it nine straight wins for the Houston Astros after Tuesday’s 3-1 win over the Orioles. Houston got 7.1 innings from Zack Greinke last night, but Greinke only fanned four batters. It was enough for a win, and the longest active win streak in the majors. 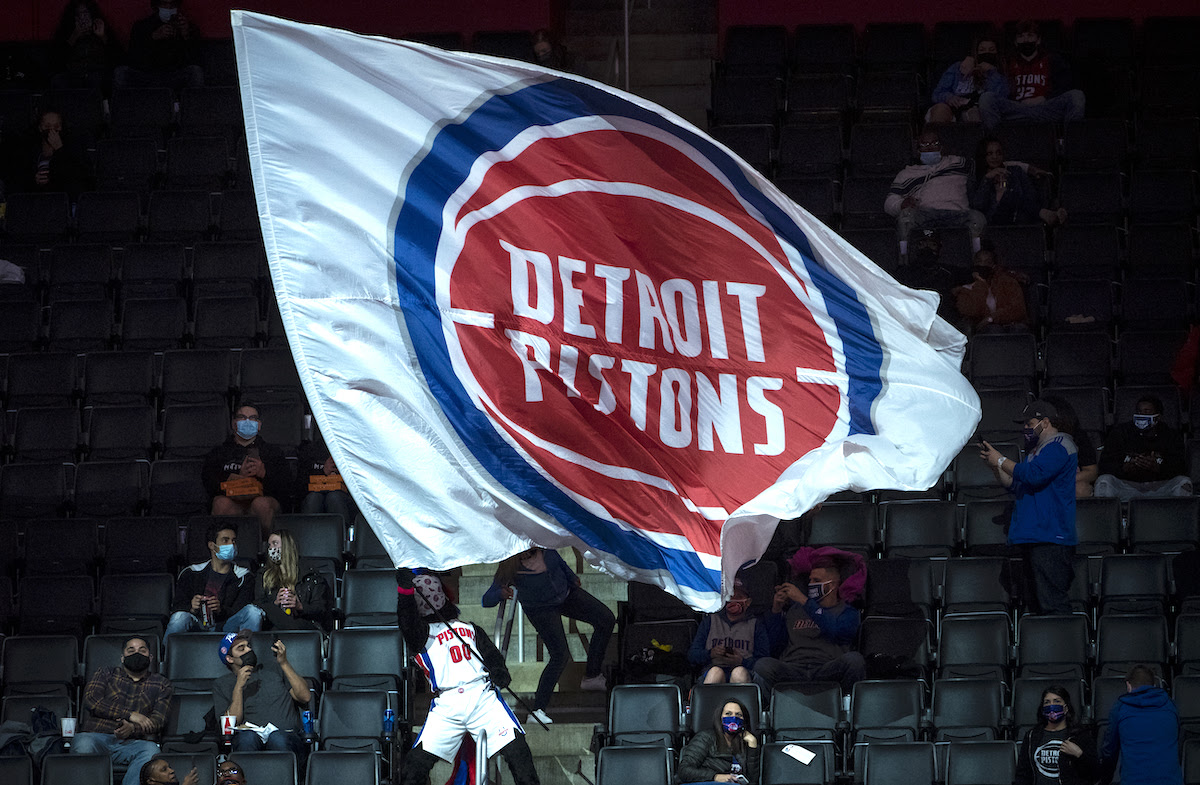 The ping pong balls have spoken. Tuesday night’s NBA Draft Lottery was a big night for the Detroit Pistons, and it’s been a long time since Detroit has had a big night in June. The Pistons won the No. 1 overall pick in next month’s NBA Draft, with the Rockets (2nd) and Cavaliers (3rd) picking next. The Magic were the biggest losers of the night after only getting the 5th pick with a 14 percent chance (highest) to land the top pick. Instead, they fell out of the top four, but they do have two top-10 picks via trade with the Bulls. Here’s the lottery order for next month’s draft:

*Tennessee & Arizona have been eliminated

Major League Baseball is not only severely cracking down on the use of banned foreign substances, but also is now trying to guarantee there’s consistency in the texture of baseballs. Luckily, there’s a solution… (USA Today)

A Relationship Rooted in Faith

Shared priorities and Christian values are the hallmark of the relationship between Colts QB Carson Wentz and head coach Frank Reich. Their bond can be traced to a three-minute car ride across the North Dakota State campus to the football facility. (ESPN)

Four NBA teams remain, but eight individuals need a championship to bolster their career. Here are the guys that have the most to gain from winning an NBA title, and in an unforeseen twist, two coaches make the list. (FOX Sports)

Yesterday we asked: Do you think allowing fans at the 2021 Tokyo Olympics is a good idea? It was close, but the majority of Sportsletter readers think fans should NOT be allowed at this year’s Olympic Games.

Check back tomorrow for some sports trivia