Remember this time last year when we couldn’t find a sports highlight? There’s no holding back now. Today’s highlight section is the largest we’ve ever written, and we’re probably still missing something. From “not enough sports” to “not enough room”? Look how far we’ve come. 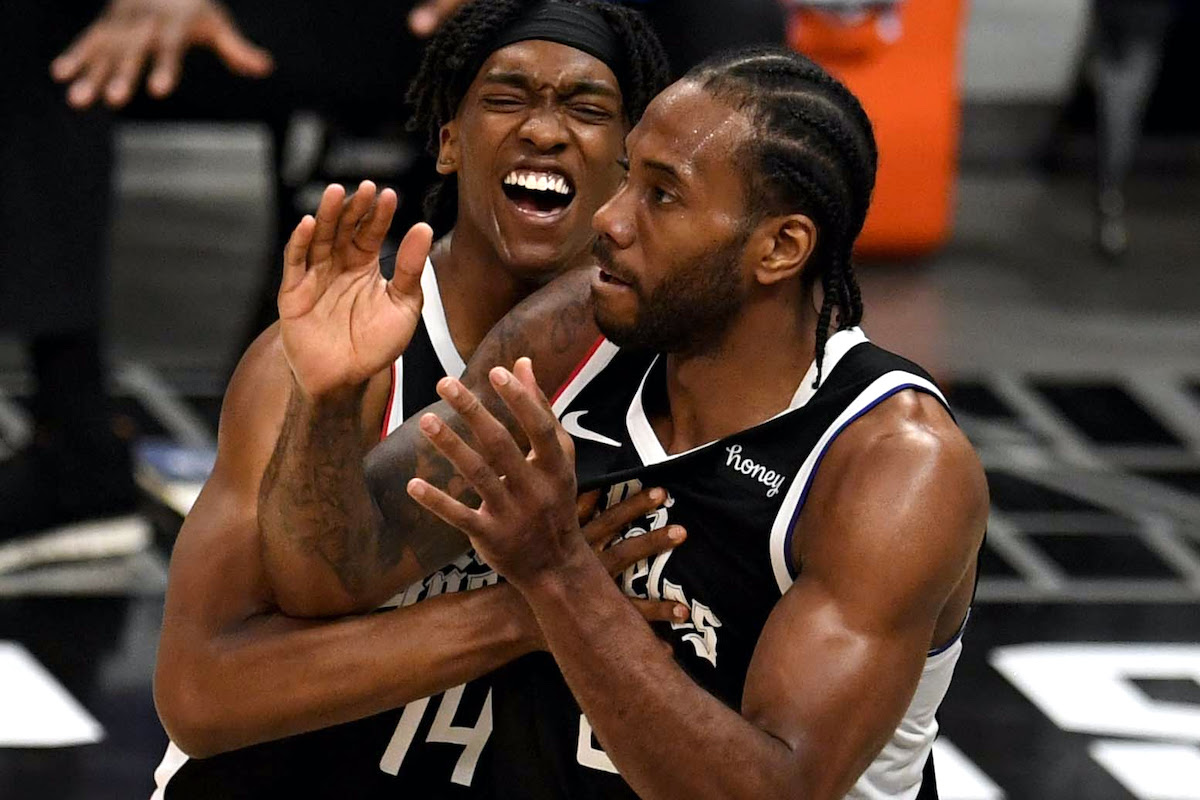 The only first-round NBA series to go to Game 7 was one of the most unique playoff series in league history. For the first time ever, the road team won all six games en route to Game 7, but it was the home-team Clippers who prevailed on Sunday. Los Angeles trailed the series 2-0 to start, and they were down 20 points in Game 3 before coming back to win it in seven. Kawhi Leonard scored 73 points in the final two games of the series, outdueling Luka Doncic’s 46-point performance in Game 7 to close it out. The Clippers get the 1-seed Jazz in the next round, and we’re moving on to the conference semi-finals.

Atlanta stunned top-seeded Philadelphia in the series opener on Sunday afternoon. Trae Young (35 points) led the Hawks to a 20-point halftime advantage, but Joel Embiid (39 points) and the Sixers made it a game late in the 4th quarter. The Hawks committed five turnovers in the final few minutes, but they survived to take Game 1. ATL Leads Series (1-0)

Game 1 was bittersweet for the Brooklyn Nets in their second-round series with the Milwaukee Bucks. The Nets got the win, but they lost James Harden to a hamstring injury in the first minute of the game. He’ll be out for at least Game 2, maybe longer. Kevin Durant (29 points) and Kyrie Irving (25 points) still led Brooklyn to victory. BKN Leads Series (1-0)

Serena & Federer Out at French Open 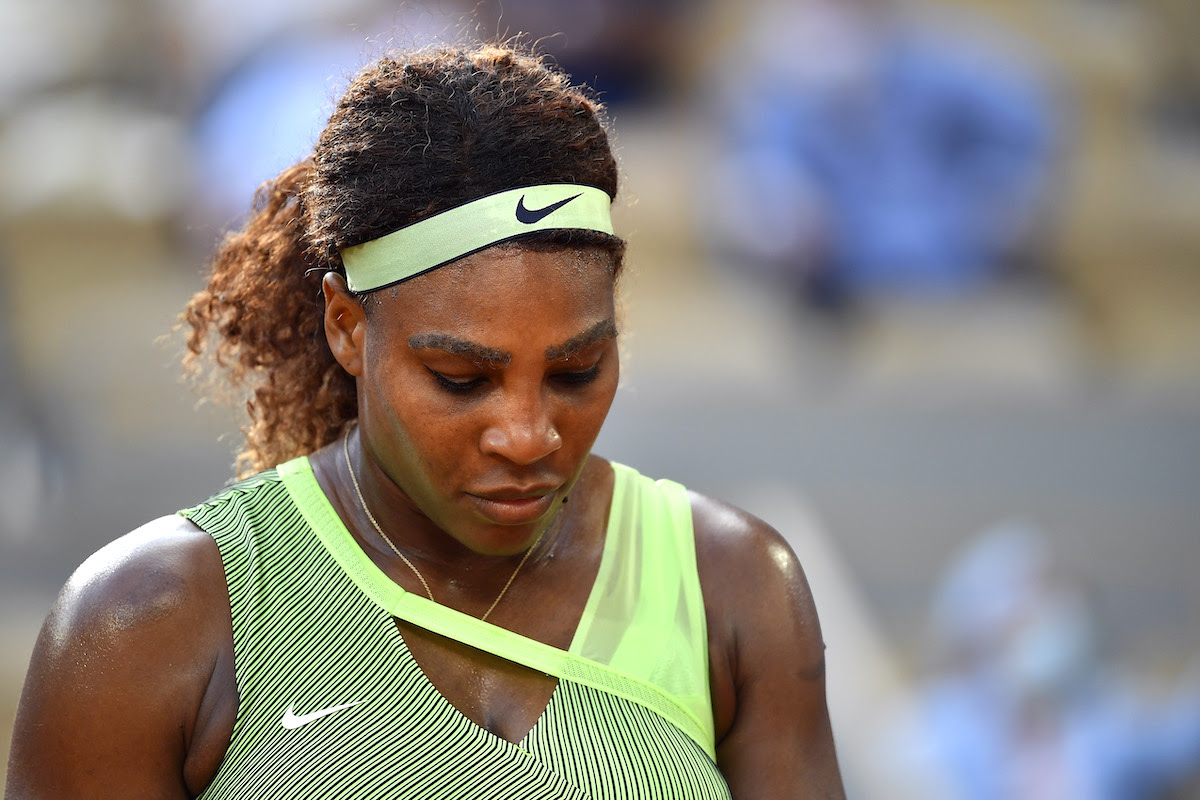 It’s the end of the road for Serena Williams at the French Open. The 3-time French Open champion was sent home in the 4th round on Sunday morning courtesy of 21-year-old Elena Rybakina in straight sets (6-3, 7-5). Williams — now 39 years old — hasn’t won a major since 2017, and her elusive 24th slam title will have to wait until Wimbledon next month.

Men’s Big 3: The top names in the men’s singles draw continued to push forward into the later rounds, but (8) Roger Federer decided to withdraw on Sunday morning. All three of the Big 3 — (1) Novak Djokovic, (3) Rafael Nadal and Federer — were winners on Saturday, but Federer made the decision to withdraw due to ongoing medical concerns with his two knee surgeries in the last year.

Yahoo! Sports: ‘What is Happening’: Tennis World in Disbelief After Serena, Azarenka & Vondrusova Crash Out of 4th Round 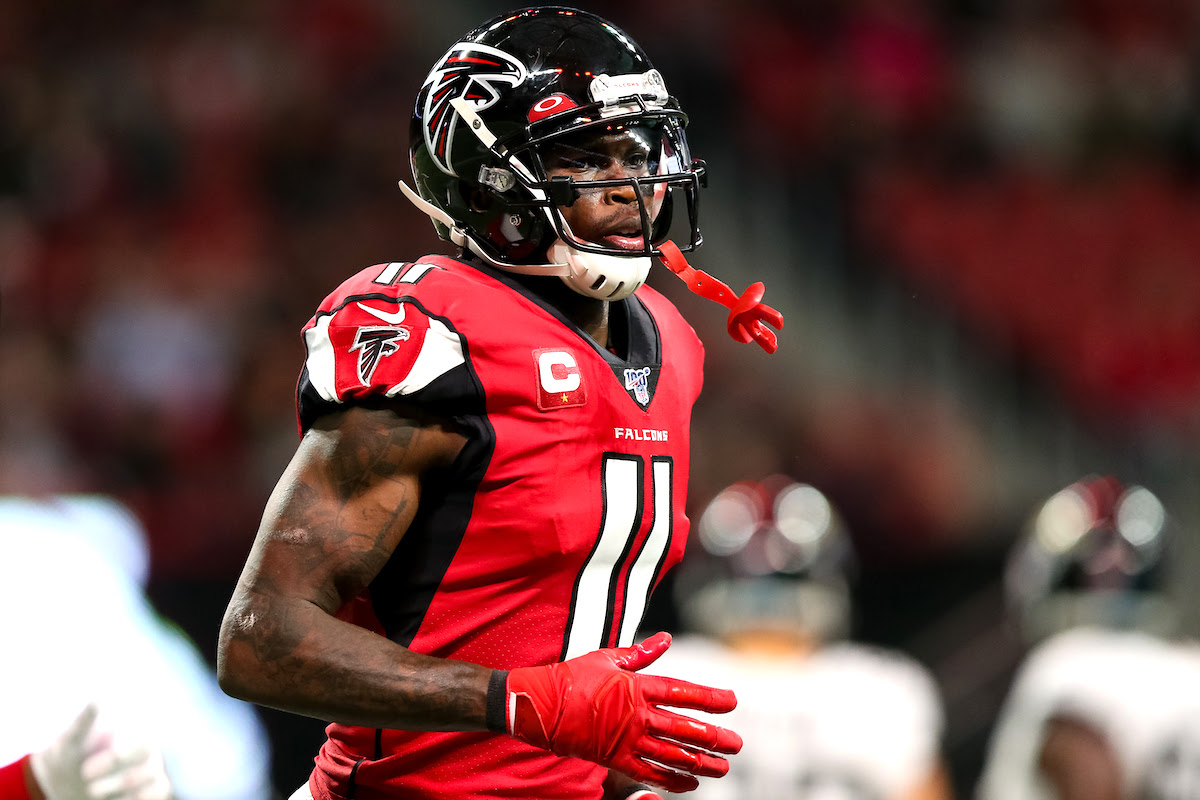 Julio Jones has finally found a new home. The Atlanta Falcons agreed to trade their star wide receiver to the Tennessee Titans on Sunday morning in exchange for a pair of future draft picks. The Titans add Jones to an already loaded offense of athletic superstars, including RB Derrick Henry and WR A.J. Brown. Tennessee just boosted their chances of getting back to the top of the AFC.

After the trade became final, several Titans players expressed their excitement on social media, giving shoutouts to GM Jon Robinson for pulling off the trade. The Titans’ saw their Super Bowl odds improve from 35-1 to 30-1 in a matter of hours. Their odds to win the AFC also jumped from 18-1 to 15-1.

The Ringer: Julio Jones Creates an Offense of Goliaths in Tennessee 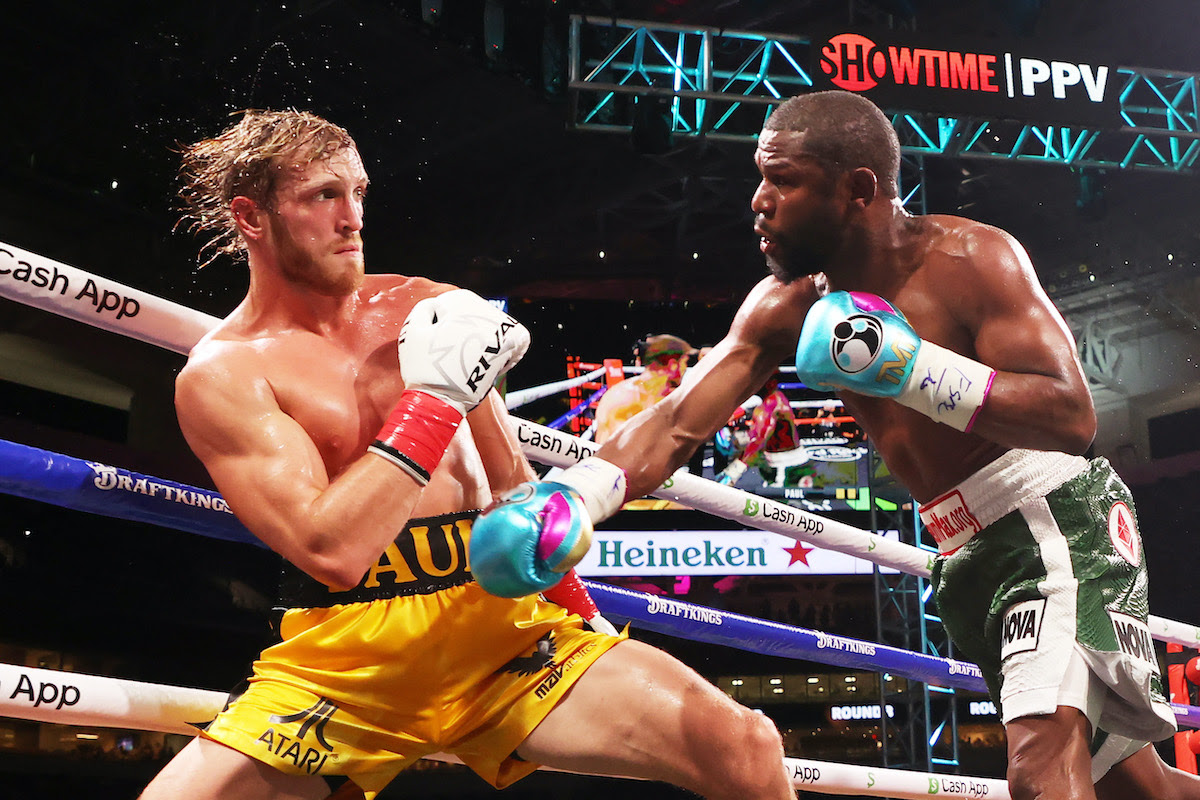 YouTube Star Goes 8 Rounds With Floyd Mayweather, But We All Know How It Ended

Sunday’s pay-per-view spectacle was hard to define — it wasn’t a sanctioned fight, a true boxing match or even a “coming out of retirement” party for Floyd Mayweather (50-0, 27 KOs). It was simply entertainment, and a much-hyped event that left a lot to be desired for true sports fans. Even with no official winner in an eight-round exhibition (unofficially scored 78-74 in favor of Mayweather), the YouTube star-turned-boxer did what few have done before — go the distance against Floyd. Both fighters made millions on pay-per-view buys, with the exact payout to be determined, and they both go home winners.

The Guardian: Logan Paul vs. Floyd Mayweather Ends in Boos as Each Fighter Makes Millions

NHL: Canadiens on the Verge of Sweep

Make it six straight playoff wins for the Montreal Canadiens. Joel Armia scored two goals in a 5-1 win over the Jets in Game 3 on Sunday, and Montreal is now up 3-0 in the North Division finals after trailing the Maple Leafs (3-1) in the opening round.

NHL: Golden Knights Even the Series

Las Vegas bounced back from a 2-0 series deficit to win Game 3 (3-2) and Game 4 (5-1) over the weekend. Jonathan Marchessault had a hat trick in Sunday’s Game 4 as the Golden Knights saved their season… for the moment.

Mets ace Jacob deGrom pitched seven shutout innings with 11 Ks against the Padres in a win (4-0) on Saturday. He dropped his season ERA to a ridiculous 0.62, setting a modern era record for lowest ERA through the first nine starts of a season.

Xander Bogaerts hit a two-run single in the 10th inning (6-5) to sweep the Yankees in the Bronx for the first time in 10 years. The Red Sox have won four straight and they’re now third overall in the MLB standings.

Seattle Storm guard Jewell Loyd gets the highlight of the weekend in the WNBA with her miraculous catch-and-shoot game-winner from 25 feet. Loyd popped the fadeaway as time expired to give Seattle the win over Dallas (105-102).

Alabama pitcher Montana Fouts became the first pitcher in almost 20 years to throw a perfect game no-hitter in the College Softball World Series on her 21st birthday. Fouts went 7 innings with 14 strikeouts in a 6-0 win over UCLA. Alabama joined Oklahoma, James Madison and Florida State in the semi-finals.

Simone Biles made more gymnastics history on Sunday at the U.S. Championships in Texas, becoming the first female gymnast to win seven all-around titles. Biles is now 7-for-7 in American all-around victories.

A bizarre Sunday at The Memorial Tournament saw Jon Rahm withdraw due to a positive COVID-19 test while holding a six-stroke lead in the final round. His departure made way for Collin Morikawa (-13) and Patrick Cantlay (-13) to jump atop the leaderboard. They needed a playoff hole before Cantlay’s par putt sealed the victory.

A thriller in the final! The USMNT was trailing Mexico in the Concacaf Nations League final on Sunday night before Weston McKinnie netted the game-tying goal in the 82nd minute to force overtime. In the second period of extra time, American hero Christian Pulisic delivered the game-winning goal (‘114) on a penalty kick.