You The Real MVPs

What a weekend. High scores, milestones and trophies in bunches. The Kentucky Derby controversy may not be over (we’ll have more on that in tomorrow’s edition), and Russell Westbrook goes for the triple-double record tonight.

Happy Mother’s Day to all the moms on the team. You the real MVPs. 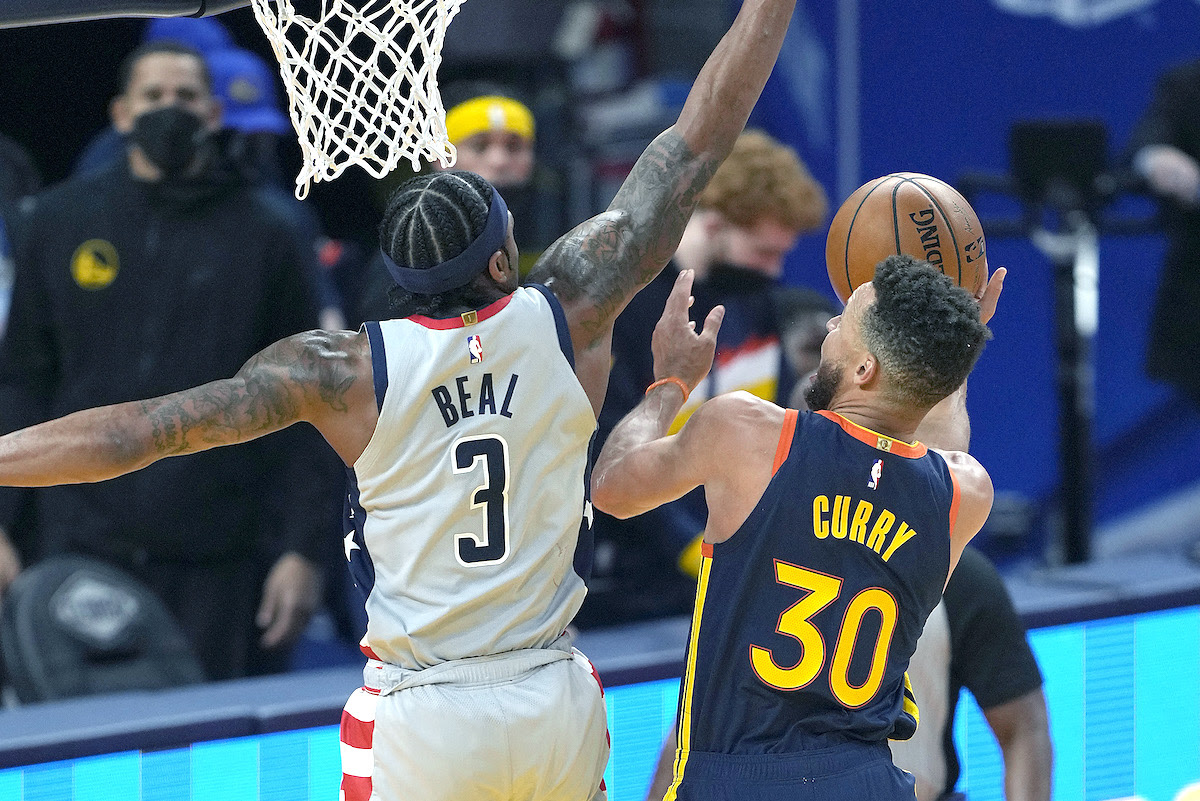 Who would’ve guessed the NBA scoring title would come down to the stars of two teams seeded 8th and 9th in the NBA playoff race? That’s where we at, and we’re not complaining. Steph Curry and Bradley Beal put on a show this weekend. Beal dropped a 50-ball against the Pacers in a thriller (133-132, OT). Curry clapped back with 49 points (11 3-pointers) in another lights-out performance on Saturday in a Warriors’ win over the Thunder (136-97). The two are in a dead heat for the NBA’s scoring title — an award that’s rarely this competitive late in the season. A dozen games to go…

Westbrook Ties Triple-Double Record: One more to go. Russell Westbrook tied Oscar Robertson’s triple-double record (181) with 33-19-15 on Saturday against the Pacers (133-132, OT). He can break the record tonight in Atlanta (7:30 pm ET, NBATV).

AD’s 42 Propels Lakers: The Lakers fell into the 7-seed with a loss to the Blazers on Friday, but Anthony Davis resurrected L.A. on Sunday night with 42 points and a huge win over the Suns (123-110).

Heat Put Celtics on the Brink: Boston has been pushed into the play-in tournament (for now) after losing Sunday night to Miami (130-124). The Celtics are two games back of the Heat for the 6th spot in the East.

Rory Returns to the Top 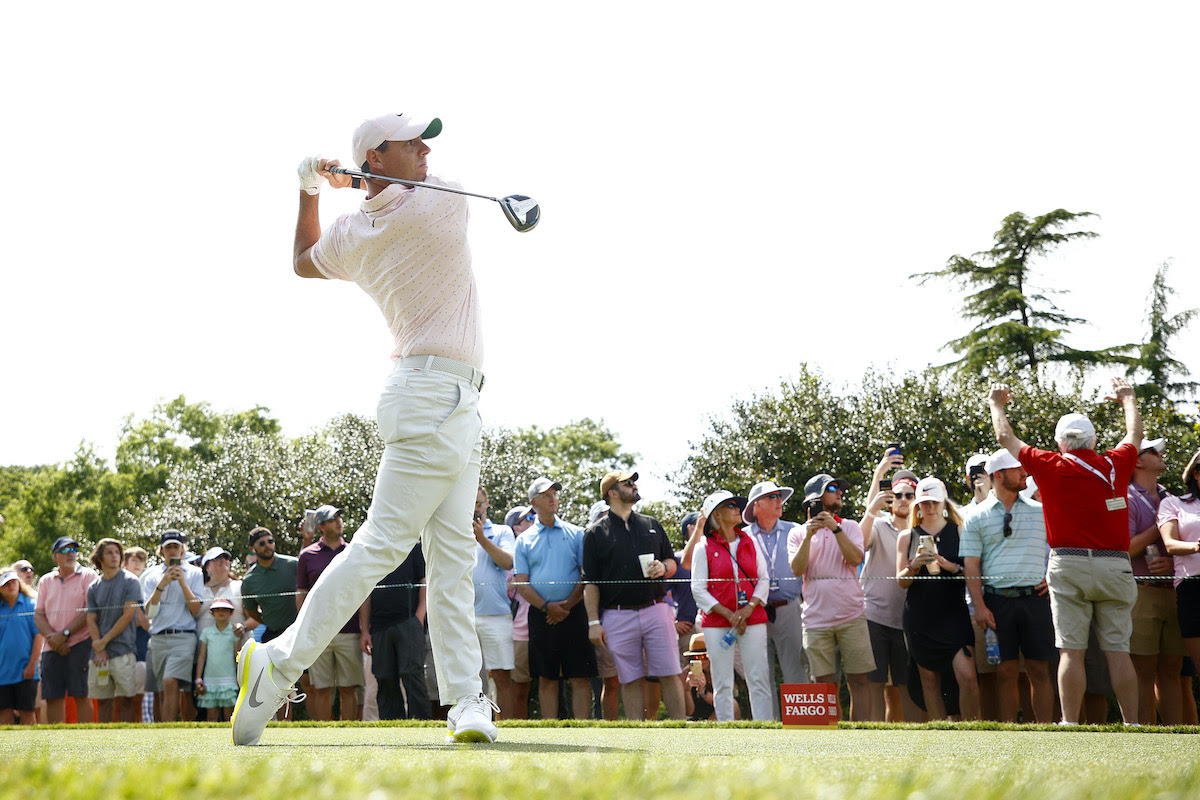 It had been 1 year, 6 months and 6 days since Rory McIlroy last won a PGA Tour event, but the wait is finally over. Once touted as golf’s next great star, McIlroy was the second-youngest player (22) to reach the World No. 1 ranking (Tiger Woods, 1997). Sunday’s win at the Wells Fargo Championship could change his fortune just in time for summer. McIlroy (-10) survived a scare on the 18th hole, but he saved bogey — his only one on Sunday — for a one-stroke win over Abraham Ancer (-9). It was McIlroy’s third career victory at Quail Hollow.

USA Today: Phil Mickelson Goes From 7-Under to 7-Over in Three Days At Wells Fargo Championship

Pitch Notes From Around the Globe 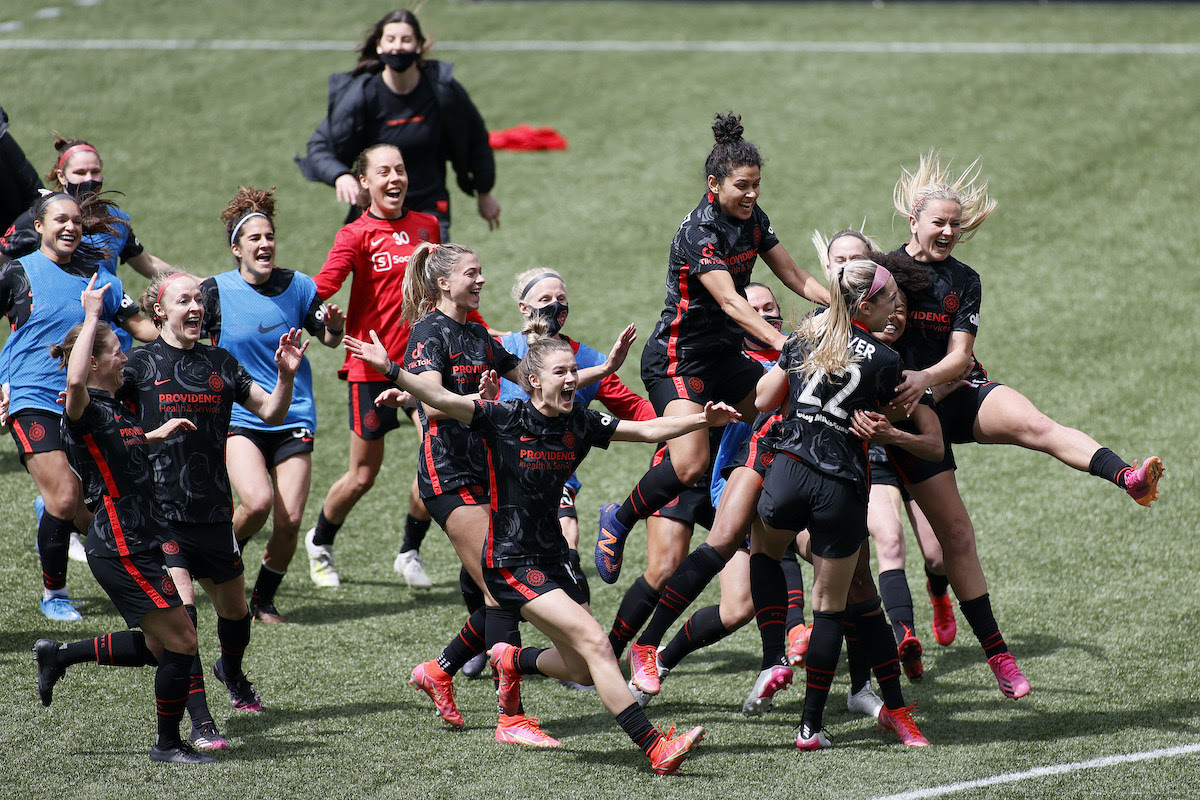 A busy weekend in soccer action saw a trophy earned, a rivalry renewed, and another trophy presentation spoiled in England. Here’s a quick recap of some pitch notes from around the globe.

The first hardware of the 2021 NWSL season belongs to the Portland Thorns, but the Challenge Cup wasn’t won without drama. Portland took a 1-0 lead on Christine Sinclair’s early 20-yard rocket (8’), but Gotham FC’s Carli Lloyd found the equalizing header in the second half (61’). All square at the end of the regulation, the two clubs went to a penalty shootout before Morgan Weaver netted the winner.

The first MLS El Trafico of the 2021 season went the way of L.A. Galaxy on Saturday (2-1). Chicharito scored the opening goal (11’) before Diego Rossi responded (62’). It was Jonathan dos Santos who fired the winner (79’) to give Galaxy a 5-3 all-time advantage in the L.A. rivalry. 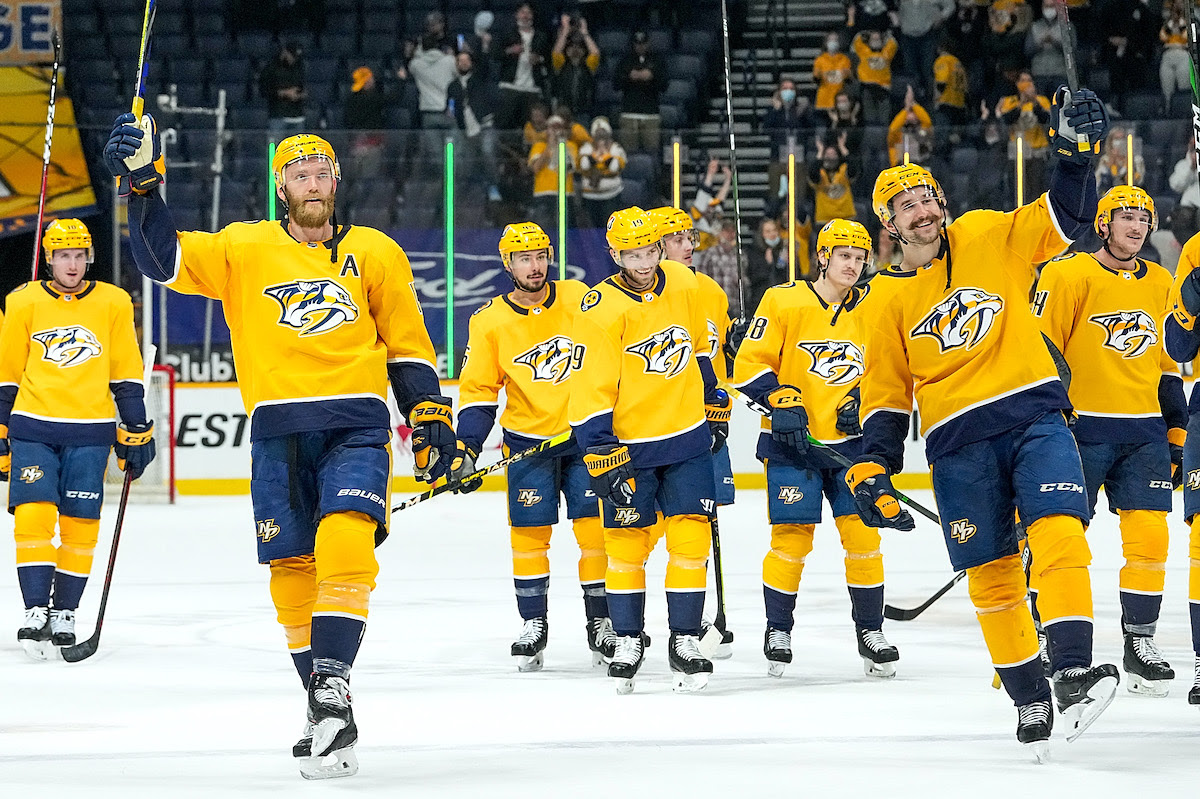 The NHL regular season is coming to a close this week, and the playoffs are set with all but one spot still up for grabs. Two teams clinched over the weekend, but two teams on the outside of the playoff picture opted to fire their head coaches. Here’s the latest from the NHL:

St. Louis lost back-to-back games to the Golden Knights on Friday and Saturday, but the Coyotes concluded their season three points shy of the 4-seed. The Blues took the final spot in the West Division.

Nashville added its name to the playoff field with a 3-1 win on Saturday against the Hurricanes. By claiming the final spot in the Central Division, they eliminated the 2020 Stanley Cup runner-ups (Dallas) from the postseason.

Number four! Cincinnati Reds’ ace Wade Miley tallied the fourth no-hitter of the MLB season. The Reds beat the Indians an all-Ohio battle (3-0) behind Miley’s eight Ks and one walk. He’s the first Reds pitcher to toss a no-no since Homer Bailey (2013).

Oilers forward Connor McDavid made NHL history in Saturday’s 4-3 win over the Canucks. McDavid tallied a goal and three assists to hit the 100-point milestone in just 53 games. He’s just the ninth player in league history to register 100 points in 53 games or less.

Canelo Alvarez won the super middleweight unification fight against Billy Joe Saunders Saturday night in front of 70,000-plus at AT&T Stadium in Arlington, Texas. The Mexican champ battered Saunders until his corner threw in the towel after the eighth round.

Another weekend, another win for Martin Truex Jr. and the No. 19 Toyota. He led 248 laps of the Goodyear 400 at Darlington Raceway to capture his third victory in 2021 (12 races).

The sports world reacted to Mother’s Day on Sunday with a number of teams and individual players sharing well wishes to all of the moms out there. How many athletes would be where they are today without the love and support of their mothers along the way? (Bleacher Report)

Medina Spirit, the 12-1 shot who went wire-to-wire in last Saturday’s Derby, returned a positive post-race test over the allowed limit for betamethasone. If the test is confirmed, Medina Spirit will be stripped of the win, leaving trainer Bob Baffert facing horse racing’s greatest shame. (USA Today)

Is the reigning NFL MVP about to be traded? Could he become the next full-time host of ‘Jeopardy!’? And what’s next in his relationship with Shailene Woodley? Let’s run through all of the developments in the quarterback’s offseason for the ages. (The Ringer)

Naomi Osaka Torn About Tokyo Olympics, Unsure They Should Be Held This Summer