Literally. All across the sports world, shots of fan-filled arenas, tracks and golf courses began to feel like normal again. The scenes at Kiawah Island as Phil Mickelson walked up the 18th were the best of all.

The Legend Of Lefty 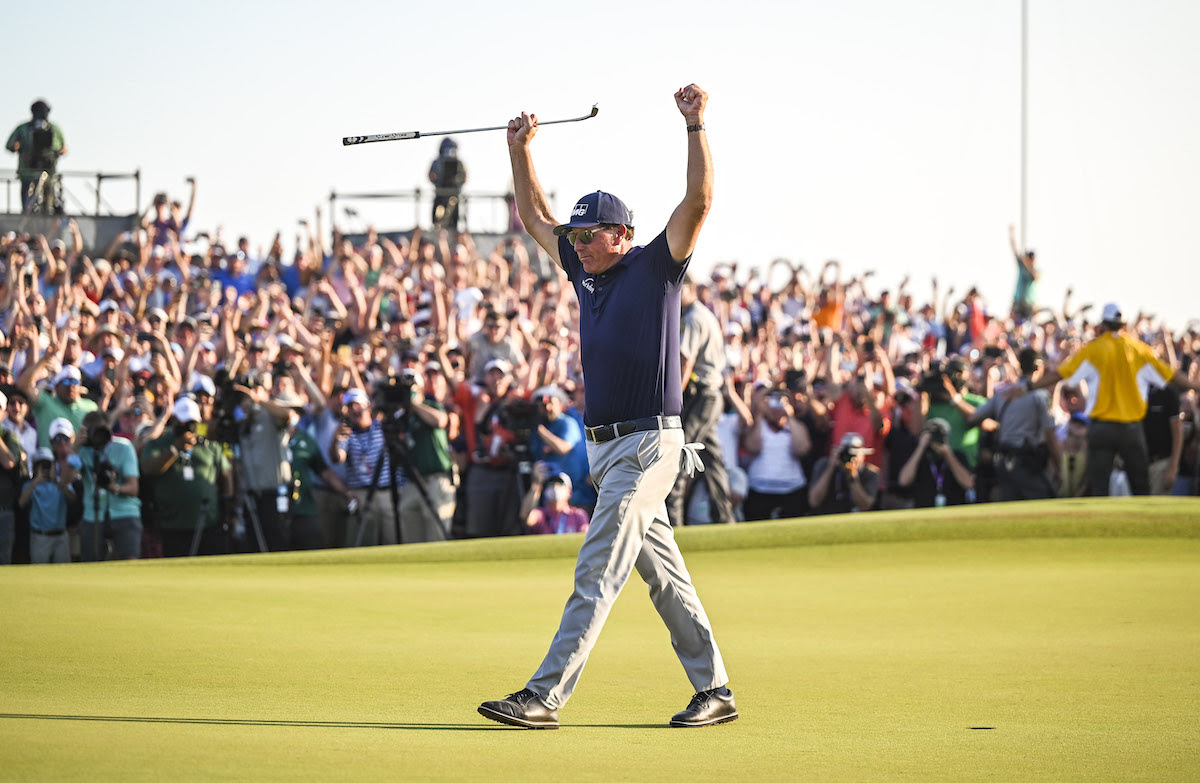 Lefty did it! It’s been eight years since one of golf’s generational superstars won a major trophy, but the wait is over. Phil Mickelson shot red numbers in the first three rounds of The PGA Championship at Kiawah Island before a 1-over Sunday, but it was enough. Brooks Koepka had a fighter’s chance to catch him at the start of the day, but Mickelson buried a bunker-shot birdie on Hole 5 that gave him some breathing room as Koepka faded. Suddenly, Phil was alone in the driver’s seat for the entirety of Sunday’s round, and he never faltered.

The back-nine became Phil’s following of fanatics — and the patrons were loving it. Mickelson, at age 50, tapped in his par on the 18th green for a two-stroke win. He raised the Wannamaker Trophy and became the oldest player in PGA Tour history to win a major tournament. A legendary win for Lefty.

Sunday’s victory at Kiawah Island marked the sixth major victory for Mickelson, including his second PGA Championship (2005). He also won The Masters three times (2004, 2006, 2010) and The Open Championship (2013). His eight-year gap between major titles is one of the longest waits in recent PGA Tour history, behind Tiger Woods (11 years) and Ernie Els (10 years). Another handful of golfers had decade-long waits in the mid-to-early 1900s.

Golf.com: What It Was Like Amid The 18th-Hole Chaos Of Phil Mickelson’s Historic PGA Victory 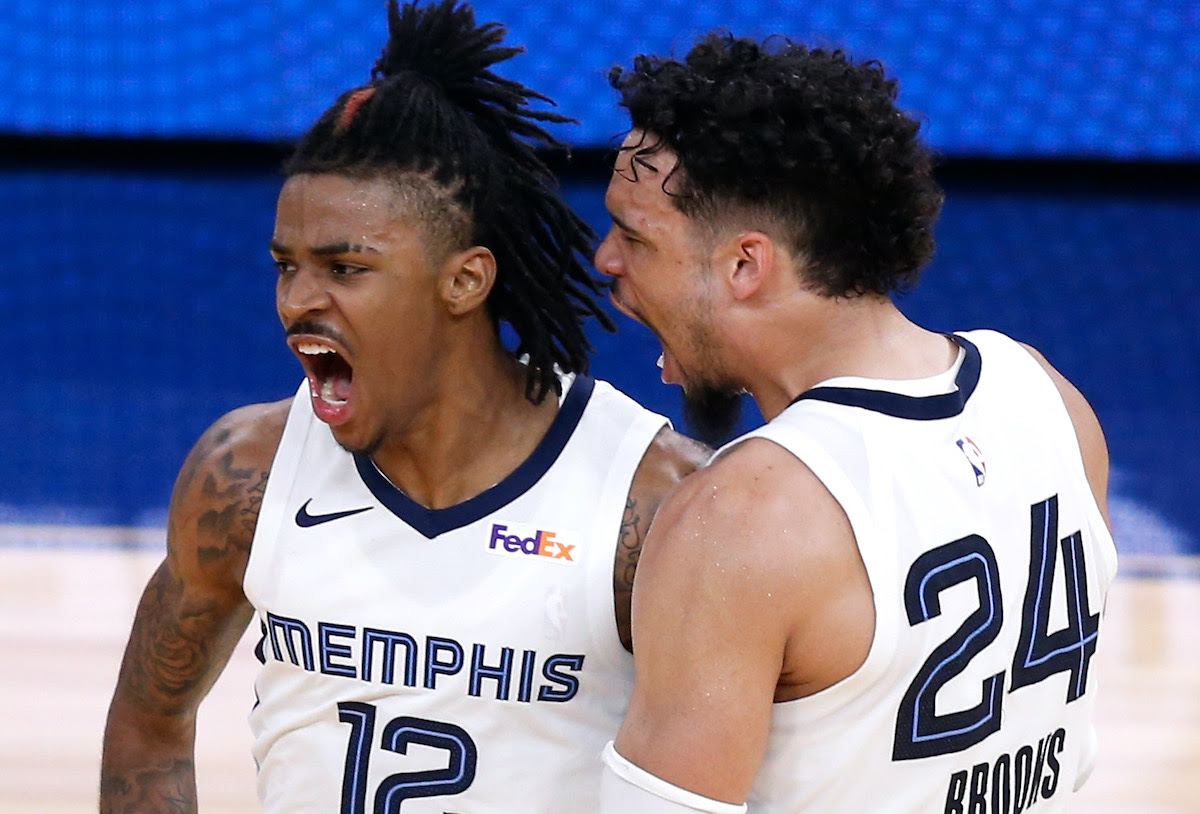 If full arenas weren’t enough, the upsets and game-winners should get your attention. Not only did we see packed houses across the NBA this weekend, but lower-seed underdogs stole the show. Above all, the Grizzlies beat the Warriors (117-112) in Friday’s West play-in game for the 8-seed. It was an epic shootout between Steph Curry and Ja Morant, but the Griz grabbed the final spot, and they weren’t done. They handed the 1-seed Jazz a shocking upset on the road (see below) to cap off two full days of Round 1 action. Here’s the rundown of upsets, storylines and can’t-miss moments from Game 1s.

The Bucks and Heat needed OT before Khris Middleton buried a step-back jumper for the win. Middleton had a game-high 27 points along with Giannis Antetokounmpo’s 26 points and 18 boards. MIL Leads Series (1-0)

The Celtics held a big lead early, but the Nets’ Big 3 finally outscored Boston by 17 in the second half. Kevin Durant (32), Kyrie Irving (29) and James Harden (21) combined for 82 points in their first postseason game together. BKN Leads Series (1-0)

It was Damian Lillard (34 points) and Nikola Jokic (34 points) who went head-to-head in Saturday’s nightcap. Lillard’s Blazers pulled away in the 3rd quarter thanks a franchise-record 19 3-pointers (19-for-40). Lillard had five of them. POR Leads Series (1-0)

The underdog Wizards gave it all they had in Game 1, but the Sixers’ starters were too strong. Tobias Harris (37) and Joel Embiid (30) led the scoring for Philly. They were +18 in trips to the free-throw line, and that’s a winning recipe. PHI Leads Series (1-0)

The Suns are the first 2-seed to be a first-round series underdog in NBA history this week, but they showed up in Game 1 thanks to Devin Booker (34-8-7) and a stellar defense. The Suns held the Lakers’ star duo of LeBron James (18) and Anthony Davis (13) to just 31 points combined. PHX Leads Series (1-0)

The Knicks hosted a playoff game at Madison Square Garden for the first time in eight years, but Trae Young spoiled the party in his playoff debut. Young (32-10-7) had a monster night capped off by a floater for the win with 0.9 seconds left. ATL Leads Series (1-0)

The Grizzlies put the top-seed Jazz in a 1-0 series deficit by holding off a furious rally down the stretch on Sunday night. Dillon Brooks (31 points) and Ja Morant (26 points) led the way. Memphis has won eight of their last nine games. MEM Leads Series (1-0) 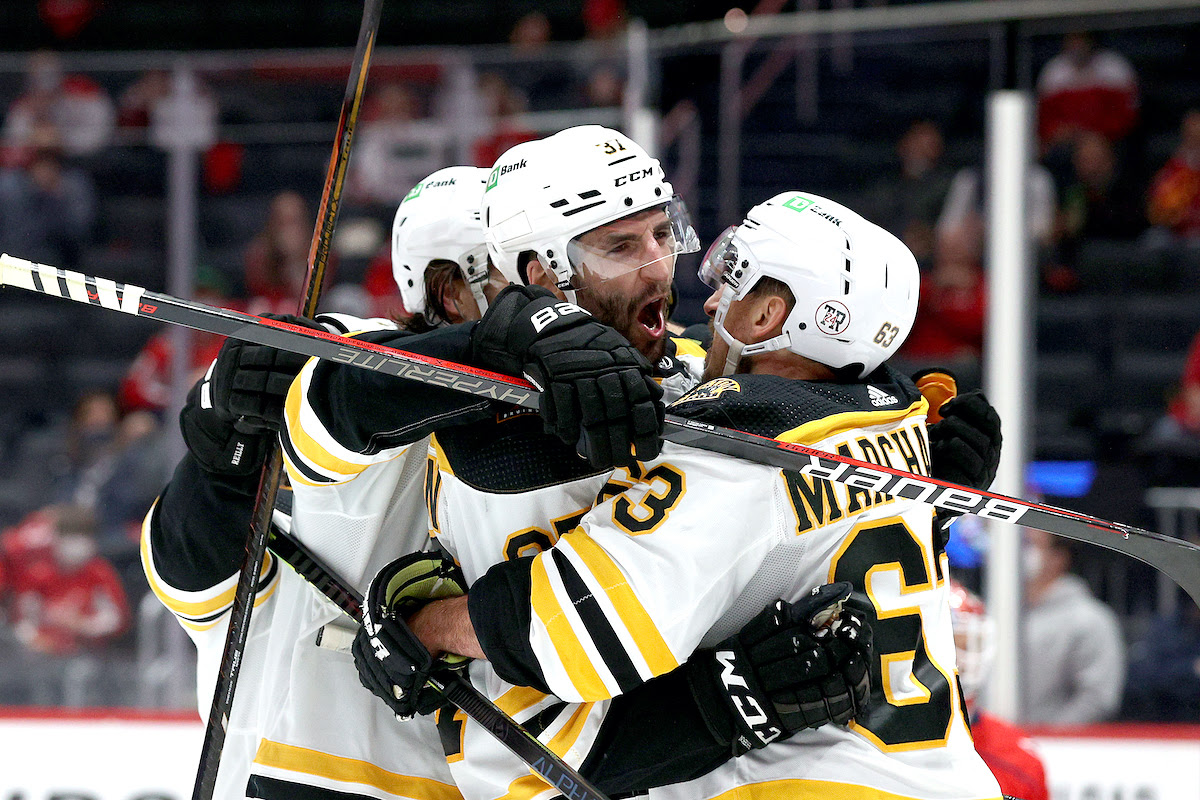 The end of the first round in the Stanley Cup Playoffs is drawing near, and two teams — the Avs and Bruins — are heading to the second round. The two teams who’ve been eliminated are recent Stanley Cup champs — the Blues (2019) and Capitals (2018). They’re going home, and two more teams could follow suit tonight. Here’s the update on where they stand in the opening round:

NBC Sports: Kunin & Saros Lead Predators to Another Double-Overtime Win Against Hurricanes to Even Series 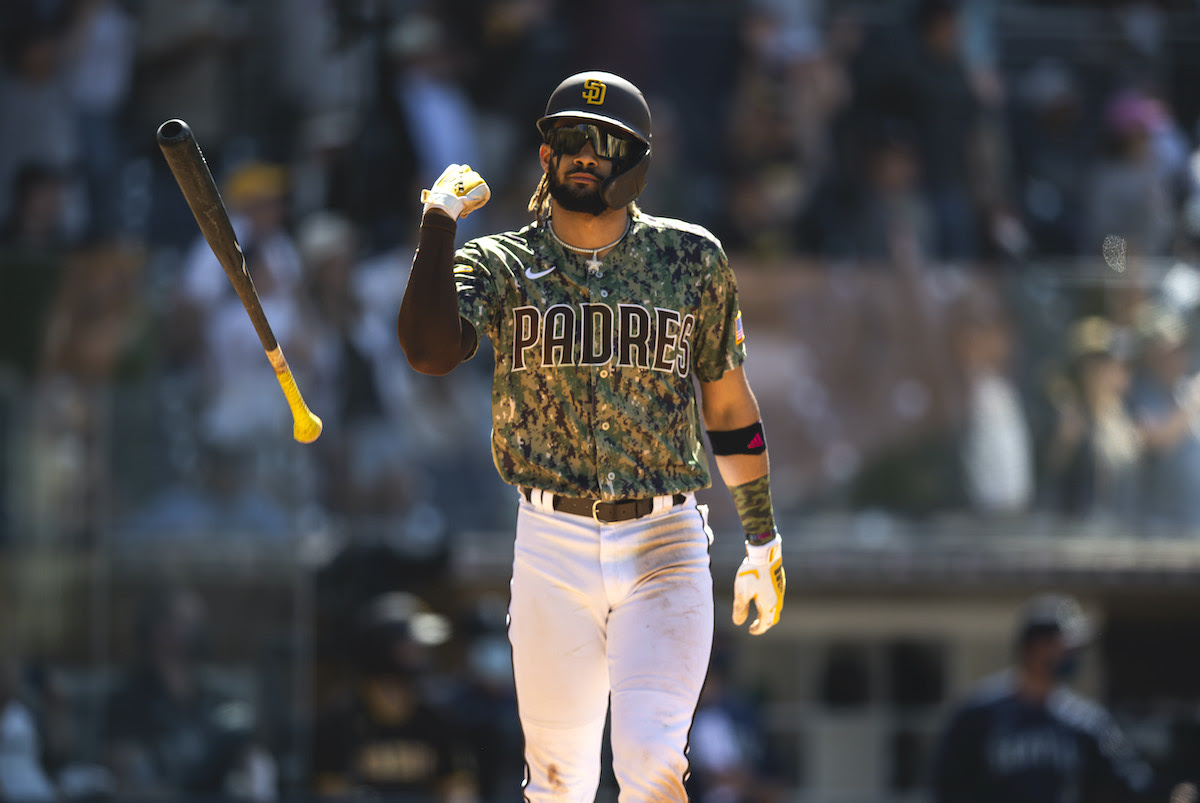 A full weekend on the diamond delivered a plethora of highlights, but none bigger than the performance by Fernando Tatis Jr. and the San Diego Padres. The Swinging Friars crushed the Mariners (9-2) on Sunday behind Tatis Jr.’s two homers — including a grand slam in the 4th — that blew the doors open and completed a nine-game win streak at Petco Park over the last 11 days. The Padres are also 12-1 in their last 13 as they became the first MLB team to reach 30 wins on the season (30-17).

Max Verstappen started in 2nd and grabbed the early lead of Sunday’s Monaco Grand Prix on the Formula 1 circuit. He never looked back. Dominating the race from start to finish, Verstappen won the iconic event for the first time and took the F1 points lead from Lewis Hamilton (finished 7th).

On the final day of the English Premier League season, Liverpool and Chelsea secured 3rd and 4th, respectively, to punch their tickets to the 2021-22 UEFA Champions League tournament. Leicester City finished 5th after suffering a 4-2 loss to Tottenham.

The Connecticut Sun are the only unbeaten WNBA team after the first week of the season. They’re 5-0 after wins over the Mercury (84-67) and Aces (72-65) this weekend thanks to a pair of double-doubles from Jonquel Jones.

Just a few months ahead of the Tokyo Olympics, Simone Biles is making gymnastics history. Biles completed a Yurchenko double pike on the vault at Saturday’s U.S. Classic in Indianapolis. She’s the first female gymnast ever to pull off the stunt.

Chase Elliot claimed the win at NASCAR’s debut at the Circuit of Americas after the race was shortened due to weather. It didn’t take away from the moment for Elliot, though. He captured his first win of the NASCAR season.