“I wanted to make sure I made a statement this game.”

Statement made. Game on. 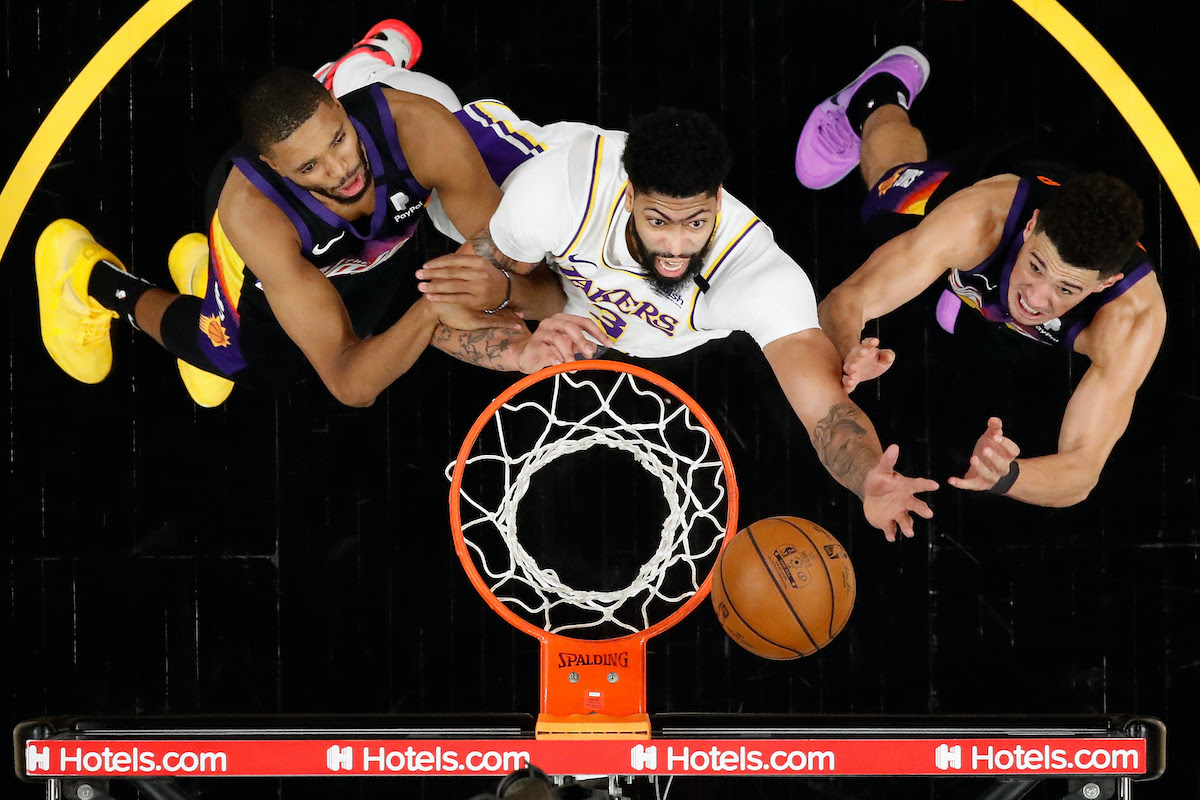 Lakers Bounce Back to Even Series With Suns (1-1); Nets & Mavericks Grab 2-0 Leads

Another night in the NBA Playoffs didn’t disappoint. The must-watch series of the first round is all square between the Lakers and Suns, and the Nets and Mavericks just took the first 2-0 leads of the postseason. It’s too soon to call sweep, but Brooklyn might as well dust off the brooms. We’ll start with the defending champs… who just woke up.

The least competitive playoff series thus far is taking place on the east coast. The Celtics’ tumultuous season is getting a fitting exclamation point after the Nets ran roughsod on Boston again in Game 2. Brooklyn’s Big 3 was dominant, but it was Joe Harris (25 points) who went 7-for-10 from the 3-point line and cashed in 16 first-quarter points to spearhead another blowout. Here come the brooms in Brooklyn. BKN Lead Series (2-0)

The Dallas Mavericks are the upset story of the playoffs, so far. They handed the Clippers their second-straight home loss on Tuesday, and their fifth straight playoff loss dating back to last season, despite 41 points from Kawhi Leonard. Mavs’ star Luka Doncic (39-7-7) is becoming a postseason assassin before our eyes. He’s only 22 years old. DAL Lead Series (2-0)

Reunion on the Mound? 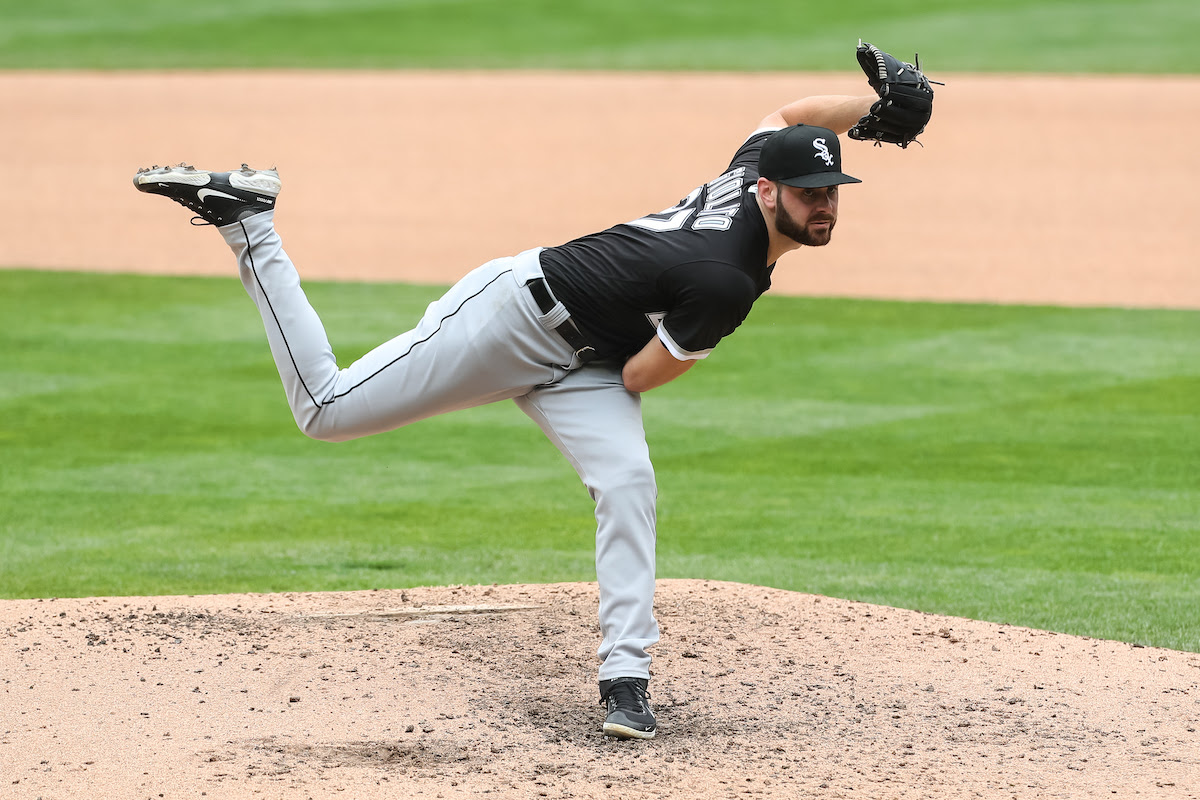 It’s always good when the old gang gets together. Tuesday brought a unique reunion matchup between starting aces in the Cardinals-White Sox series when Jack Flaherty and Lucas Giolito went head-to-head for the first time in the big leagues. The right-handers were high school teammates at Harvard-Westlake in L.A. Old teammates, coaches, friends and family flew to Chicago for the occasion, but it was a short night for Flaherty after giving up seven runs in less than four frames. Giolito went six innings and got the win as the White Sox prevailed (8-3).

Dodgers Win 8th Straight: No love lost between the Dodgers and Astros. L.A. won its eighth straight game Tuesday night with a 9-2 bashing of the ‘Stros in a Clayton Kershaw vs. Zack Greinke matchup. The Dodgers plated runs in five of the last six innings.

Joc Rocks 2 in Cubs Win: Joc Pederson gets the individual game-ball from Tuesday night with a 3-for-5 outing that included two massive home runs over the right-field wall. The Cubs beat the Pirates (4-3).

No Limits at NFL Stadiums This Fall 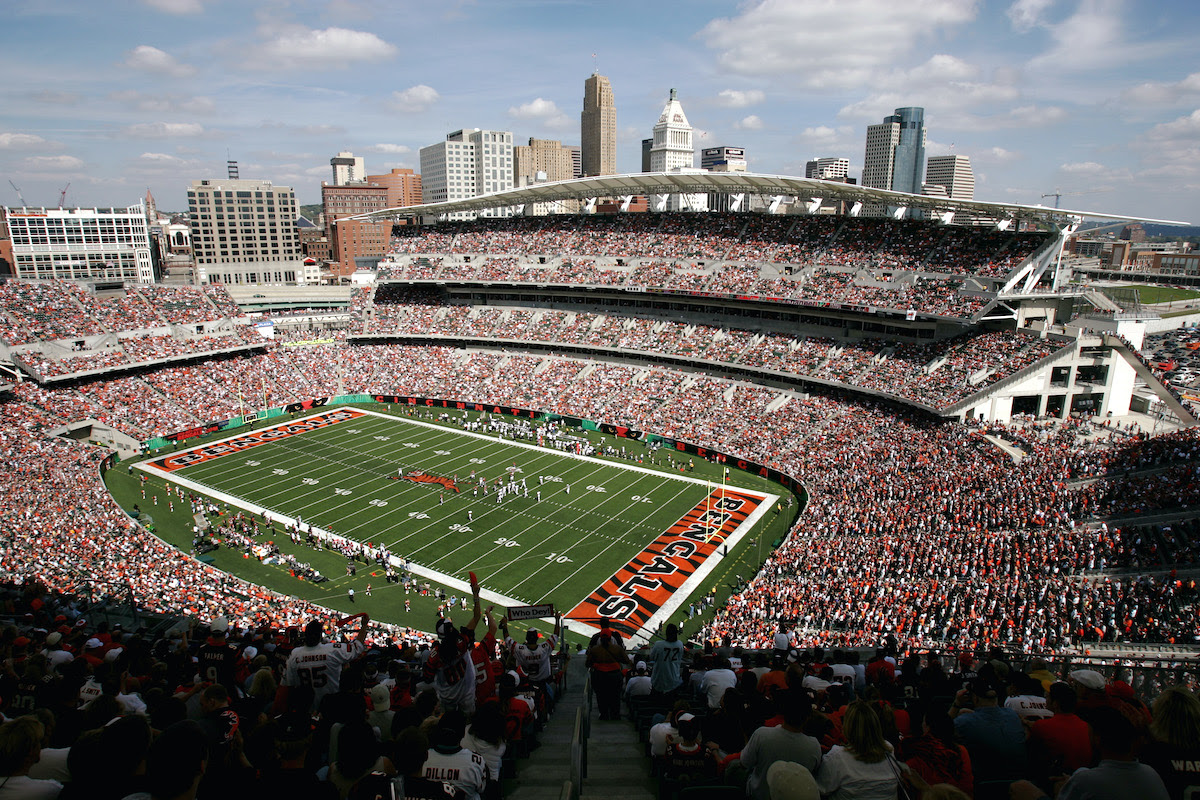 Bring ‘em back! Two new developments will bring back some normalcy to the NFL’s annual calendar this summer/fall, the league informed teams on Tuesday. The NFL is officially permitting fans at July/August training camps for the first time in two years (2019). But that’s just the beginning of the good news…

Once the season begins, 30 of the league’s 32 teams will allow full capacity at regular-season games in keeping with local guidelines. That includes 28 stadiums with two teams who share turf in Los Angeles and and New York. The two outliers are the Colts and Broncos, but the league believes all 32 teams will have the green light by kickoff.

NFL: League Will Have Unified Start to Training Camp With Fans Expected to Return

William Nylander set the tone for the Toronto Maple Leafs again in Game 4. Nylander scored in his fourth consecutive game to kickstart a shutout that pushed the Canadiens to the brink. It’s now Toronto’s series to lose. If they win one of the next three games, they’ll face the Jets in Round 2. TOR Lead Series (3-1)

Advantage, Carolina. The Hurricanes and Predators were all square in the series, and even after regulation on Tuesday. Martin Necas scored two goals for the ‘Canes before Jordan Staal won Game 5 in overtime to push Nashville to the edge of elimination. CAR Lead Series (3-2)

As the “Greatest Spectacle in Racing” returns to its customary late-May date after it was moved to August because fo the COVID-19 pandemic, there are plenty of drivers with favorable odds that will have bettors licking their chops. (Sporting News)

What happens when this generation’s superstars hang ‘em up? The league is still in good hands. The youth movement is making waves early in the playoffs, with Luka Doncic, Trae Young, Ja Morant and Devin Booker putting on varying displays of greatness. (FOX Sports)

With the Tokyo Olympics scheduled to start on July 23, the U.S. State Department is warning Americans against traveling to Japan amid a COVID-19 spike. Just 1.9% of its population fully vaccinated against COVID-19, well behind other developed nations. (Yahoo! Sports)

Yesterday, we asked: Which of the Game 1 winners among NBA Playoff underdogs (lower seeds) has the best chance to win the series?

It looks like The Sportsletter team is taking the Mavericks to upset the Clippers in Round 1. Good call, team. They won Game 2 and now have a 2-0 series lead. Pat yourselves on the back and check back tomorrow for our next poll question.