Welcome to NFL Draft eve. It’s the day before the day when your team’s GM could make a franchise-altering pick, good or bad. Analytics tell the story of pick success rates in recent drafts. Luckily, we’ve got Connor Groel dissecting the playbook. 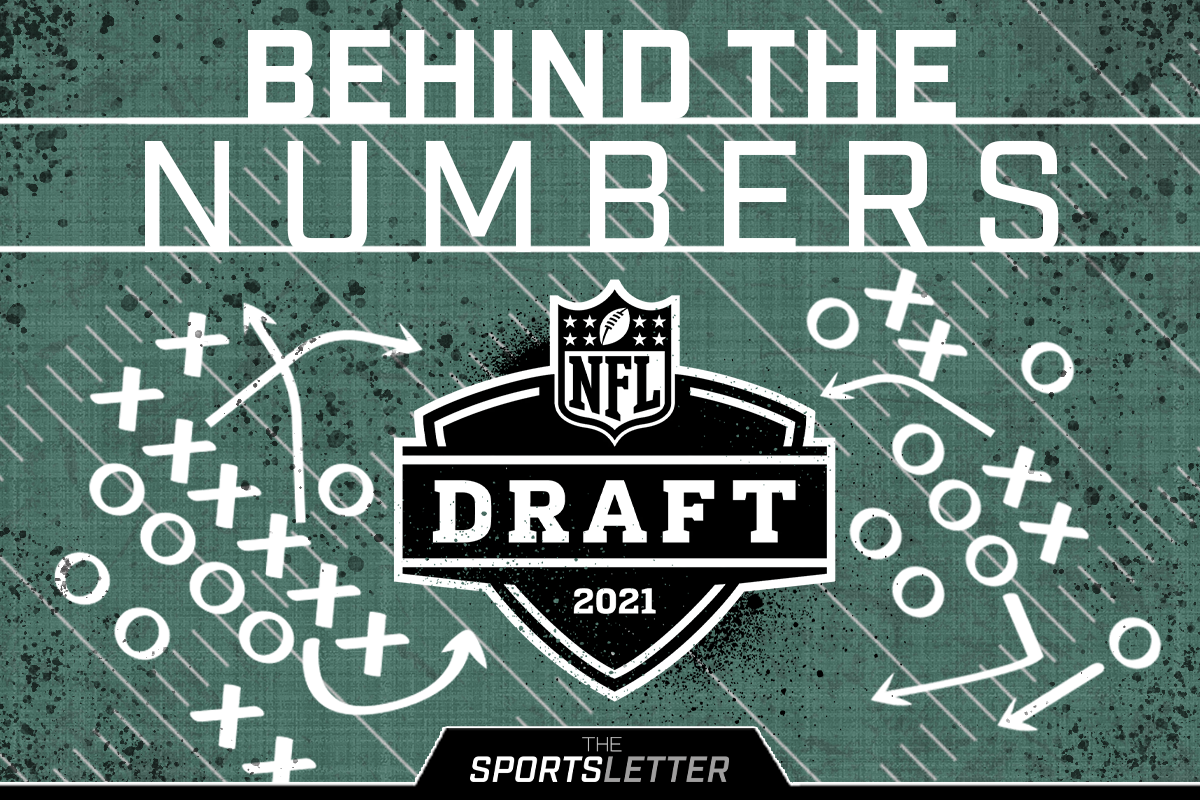 The NFL Draft begins Thursday, but the game plan has been taking shape for months. It’s not as simple as picking the best player available. The chess match of trades, positional fits and value picks make this spectacle must-see television. When your team sends a name to the podium, it could make or break the franchise in the years ahead. Which players get picked where? And how do those picks end up playing out? Let’s take a look at the trends in NFL Draft history.

Trevor Lawrence is expected to be selected by the Jaguars with the No. 1 pick in the draft. Of the 85 players taken first overall, 34 of them (40%) have been quarterbacks. However, QBs have gone No. 1 in 15 of the last 20 drafts, indicating the rising importance of the position.

Along with Zach Wilson, Mac Jones, Trey Lance, and Justin Fields, there could be as many as five quarterbacks taken in the first 10 picks. That has never happened before. Only twice have four QBs gone in the top 10 (1949 & 2018). It was just three years ago when we saw Baker Mayfield, Sam Darnold, Josh Allen and Josh Rosen go in the first 10 picks.

While Lawrence has been viewed as the No. 1 pick for at least a year now, top draft selections haven’t fared as well as one might think. Just over half (43 of 85) of top overall picks have gone on to make a Pro Bowl appearance in their careers. Luckily, the success rate has been higher as of late. Fifteen of the last 20 No. 1 picks have made a Pro Bowl, and both Baker Mayfield and Joe Burrow could join that group in the next few years.

Only 14 of those 85 top selections have made the Hall of Fame. That’s a “Hall Call” for 16.4 percent of top overall picks, but only two of the No. 1 overall picks in the last 20 years are likely heading to Canton (Eli Manning and Matthew Stafford). Both quarterbacks.

Florida tight end Kyle Pitts is being projected as high as fourth in this year’s draft, a pick currently owned by the Atlanta Falcons. If Pitts is taken in the top five, it will be the first time a TE has gone that early since Riley Odoms was drafted fifth by the Broncos in 1972. Vernon Davis, who is frequently compared to Pitts, went sixth in the 2006 Draft.

Pitts had 770 receiving yards and 12 touchdowns in just eight games for Florida last season, and at just 20 years old, he could be a star for a long time.

Defense Dropping Down the Board

Alabama corner Patrick Surtain II, Penn State linebacker Micah Parsons, and South Carolina corner Jaycee Horn are expected to be some of the first players selected on the defensive side of the ball. However, with this year’s abundance of quarterbacks and pass-catchers, it seems unlikely for any defensive player to be selected in the top five.

The last time the first five picks were all offensive selections was 2012. That year, the Cowboys drafted cornerback Morris Claiborne No. 6 overall.

Running Backs: Diamonds in the Rough

While Najee Harris and Travis Etienne are talented prospects that should be taken in the late first or second round, it could be one of the running backs taken towards the back half of the draft (or not drafted at all) that makes the biggest splash.

We’ve got the NFL Draft playbook memorized, and so does your team. The next question is: Will they call the right play and land a star?

ESPN: 49ers Say They Like 5 QBs With No. 3 Overall Pick, Still Undecided 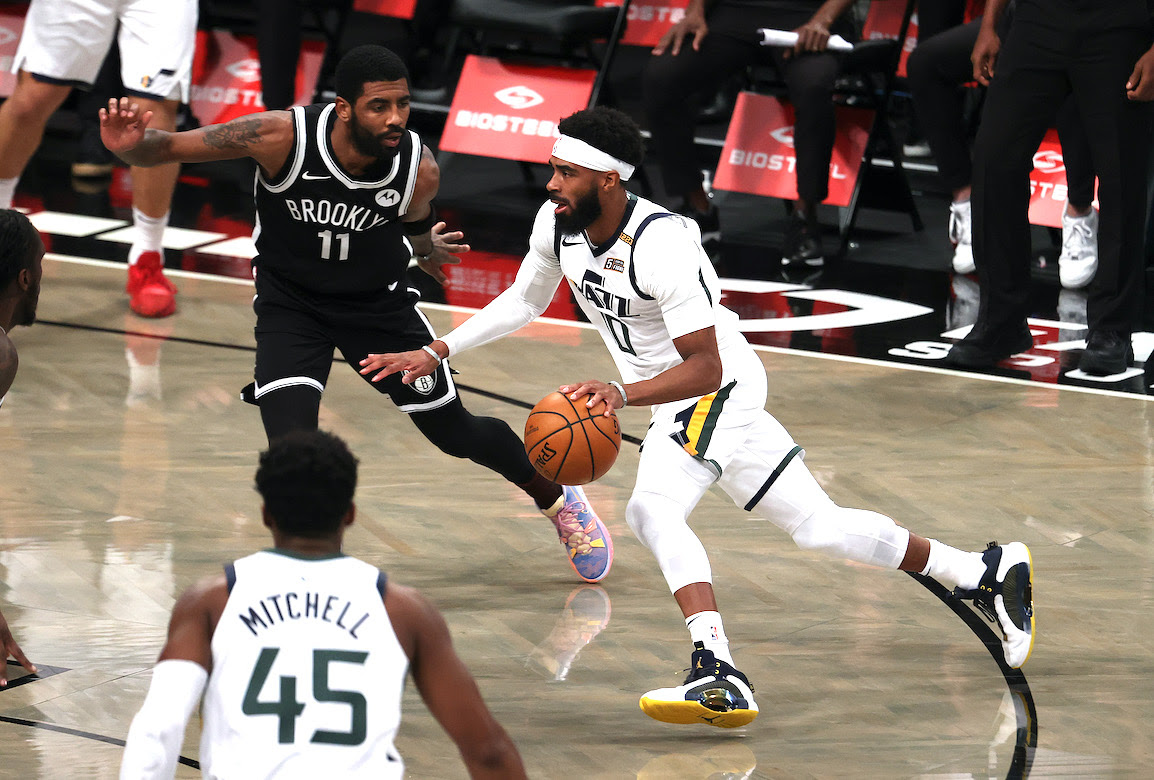 It’s the 4th quarter of the regular season in the NBA, and two teams have already achieved their postseason aspirations. The Utah Jazz and Brooklyn Nets — the 1-seed in both the Western and Eastern Conference — punched their tickets to the playoffs this week. Utah made it official on Monday night despite a loss to the Timberwolves (106-105). Brooklyn, who took down Toronto last night (116-103), followed suit. And with just three weeks until the play-in games, it’s time for another check-in on the playoff races. 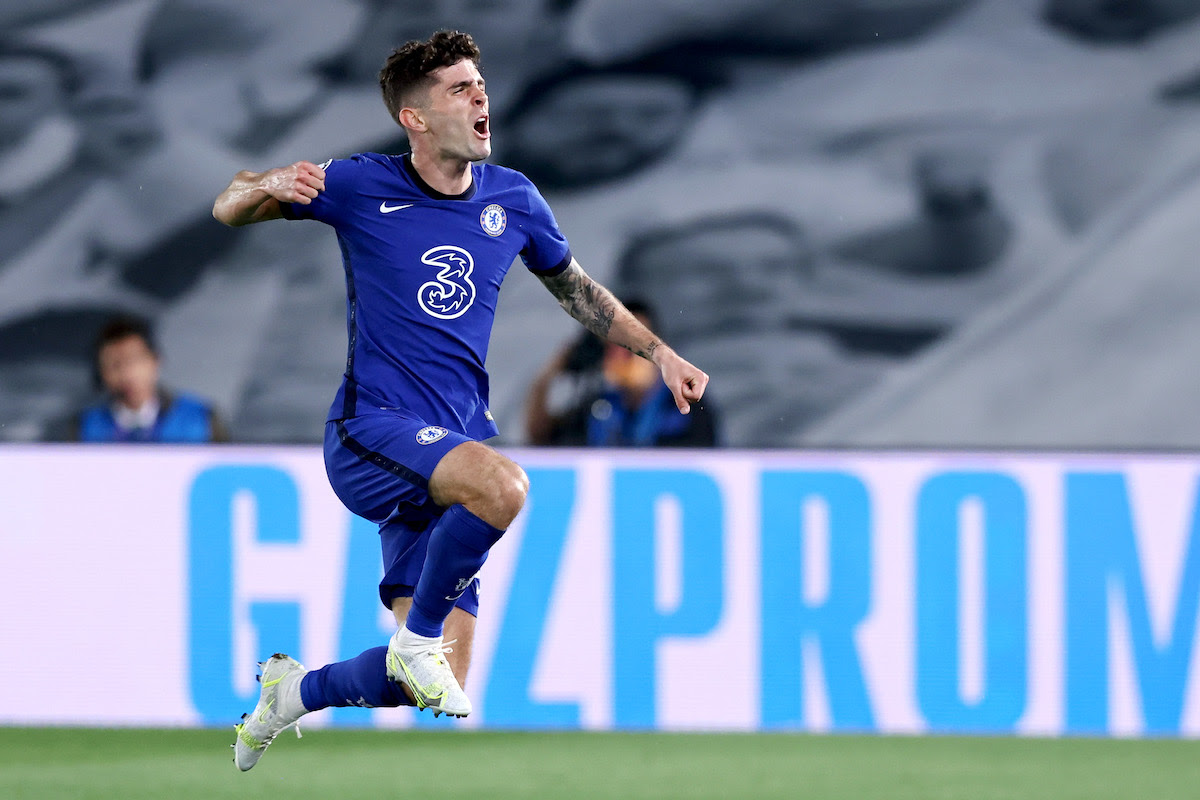 Chelsea’s dream run in the Champions League is still alive thanks to America’s favorite son of soccer. Christian Pulisic scored the Blues’ only goal in Monday’s draw with Real Madrid. He settled an over-the-top pass before putting the moves on goalkeeper Thibaut Courtois in the 14th minute. The 22-year-old also became the first American-born player to score a goal in the Champions League semifinals, and the highest scoring American in Champions League history. Karim Benzema netted a dazzling equalizer 15 minutes later before both sides were content to walk off the pitch in a draw. The stage is set for Leg 2 at Stamford Bridge next Wednesday (May 5, 3:00 pm ET).

Take a bow, young Vlad! Vladimir Guerrero Jr. (3-for-4, 3 HRs, 7 RBIs) tallied the first 3-homer game of the year in MLB, including a grand slam in the 3rd as the Blue Jays’ beat the Nationals (9-5). The 22-year-old’s feat is one his dad (Vlad Guerrero Sr.) never accomplished in 16 seasons.

The Portland Trail Blazers may have Damian Lillard and C.J. McCollum, but it was rookie Anfernee Simons who tied an NBA record Tuesday night with nine consecutive 3-pointers to start the game. The Blazers waxed the Pacers (133-112), and Simons finished 9-for-10 with 27 points.

The Panthers are heading to the postseason. Florida took down Nashville (7-4) to join Carolina as the second team in the Central Division to clinch a postseason berth this week.

Add another Central Division team to the Stanley Cup Playoff picture. The Lightning were winners over the Blackhawks on Tuesday (7-4) shortly after the Panthers punched their ticket. Brayden Point’s goal and two assists led the way.

Will the Knicks Chase Big Stars?

Even with limited-capacity seating, Madison Square Garden is buzzing following a nine-game winning streak. Such a revitalization has naturally sparked conversation on whether James Dolan’s franchise can finally attract star players. (Bleacher Report)

Six Races to Watch in the NHL

Much is still up in the air in the division standings, complicated by the uneven number of games played by teams. And individual awards are still up for grabs. From Connor McDavid’s charge to 100 points and the jumbled standings in the East, here are six races to watch down the stretch. (USA Today)

Corbin Burnes — who was downright horrible as recently as 2019 — has emerged as one of the leading pitchers in baseball over the last two seasons. And the newfound potential for a dominant, Burnes-led rotation offers Milwaukee a different twist on its winning formula. (FiveThirtyEight)

Kentucky Derby Trainers Got $7.4 Million in PPP Money During Pandemic

NCAA Board Votes to Extend President Mark Emmert Through 2025

The Sportsletter Team Needs Your Feedback

After an unprecedented year with the COVID-19 pandemic, sports are finally starting to return to normal. Fans are in the seats, postponements are few and far between and all major sports are a full go. As we turn the corner and get back to normalcy, we need your help.

Take a moment to answer a few quick questions that will help us improve The Sportsletter moving forward. We’re looking to bigger and better things in the years to come, but we couldn’t do it without dedicated readers like you.