A pair of Champions League matchups headline today’s slate of sports action. But first, let’s get caught up on Monday’s top news.

The Sportsletter’s primary writer and editor, Jeff Yoder, is out this week. The Sportsletter team will continue to produce abbreviated editions through Friday. We’ll return to the normal content schedule next week. 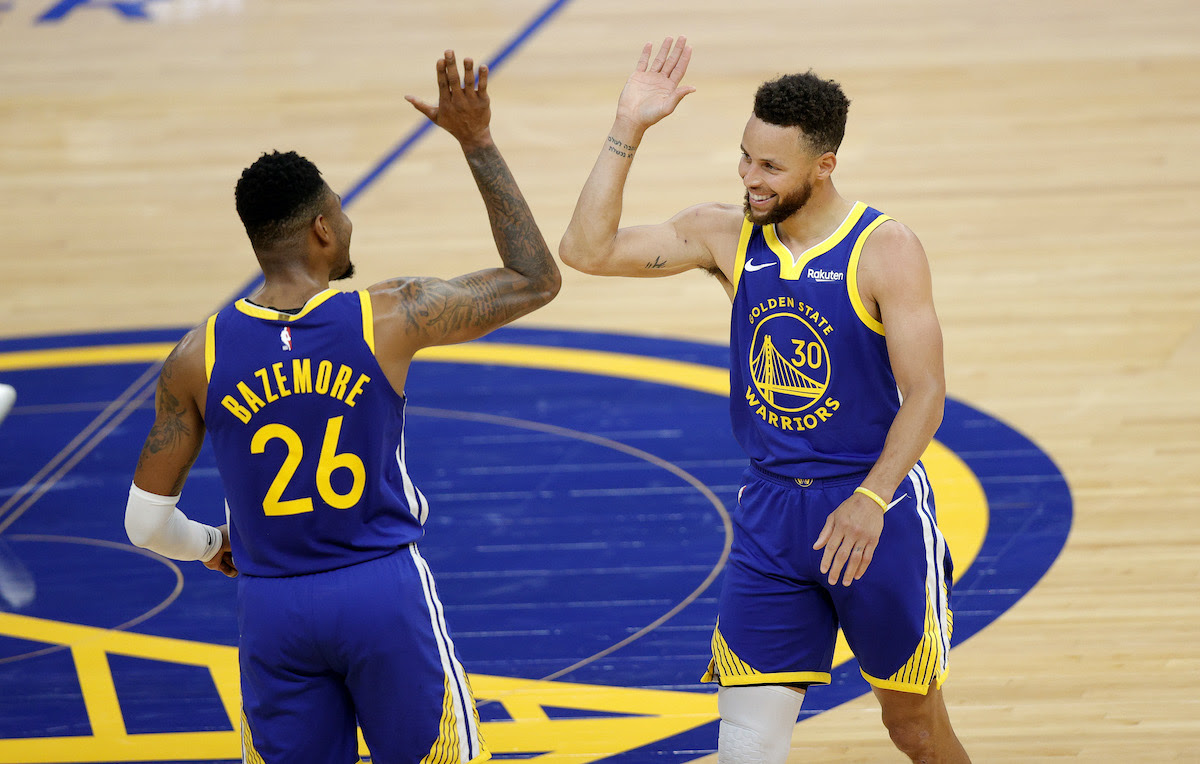 Clinging to 10th place in the NBA’s Western Conference, the Warriors hosted MVP favorite Nikola Jokic and the Nuggets. Entering the game, Stephen Curry needed 19 points to pass Wilt Chamberlain and become the leading scorer in franchise history. He accomplished that feat in the first quarter. After trailing 61-56 at halftime, the Warriors outscored Denver 43-22 in the third quarter, ultimately winning 116-107.

Curry finished with 53 points and 10 made threes while Draymond Green added 18 points, seven rebounds, seven assists, and four steals on 7-8 shooting. Jokic nearly finished with a triple-double, ending with 27 points, 12 rebounds, and eight assists. Michael Porter Jr. added 24 points, but a late injury to Jamal Murray could make this loss much more impactful for the Nuggets.

Embiid Outduels Doncic: The 76ers retook sole possession of first in the Eastern Conference behind an efficient 36 points from Joel Embiid, who needed just 26 minutes to help his team build a sizable lead against the Mavericks. Furkan Korkmaz added 20 points off the bench as Philadelphia won 113-95 despite 32 points from Luka Doncic.

Mitchell’s 42 Not Enough vs. Wizards: The Utah Jazz may have the NBA’s best record, but even 42 points from Donovan Mitchell and 33 from Bogdan Bogdanovic weren’t enough to best the Wizards, who are now just two games out of the Eastern Conference play-in tournament. Bradley Beal dropped 34 and Russell Westbrook dominated with a 25/14/14 triple-double in a 125-121 Wizards victory. 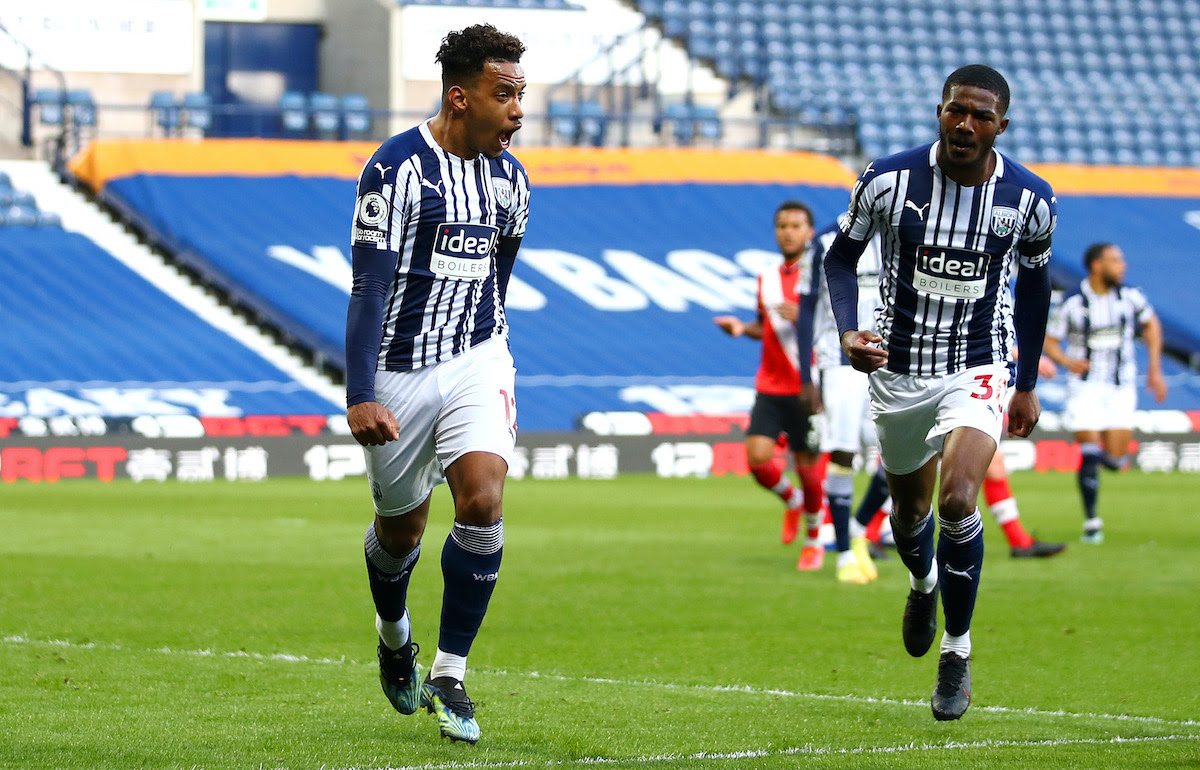 West Bromwich Albion was able to secure their first back-to-back win after clinching a 3-0 victory over Southampton, who displayed poor performance after recent wins over Sheffield United and Burnley. West Brom came out of the gates swinging, scoring two quick goals in a span of three first-half minutes through Matheus Pereira and Matt Phillips. Paired with Callum Robinson’s finishing goal, the Baggies secured their biggest home win since 2016. The rally was surprising considering the fact that Mbaye Diagne’s first goal was controversially ruled out for offside after VAR Kevin Friend decided there was insufficient evidence to overturn the on-pitch decision. West Brom now sits 19th in the standings, meaning they’re still battling potential relegation.

Despite Everton’s large list of injury-benched players, Brighton was unable to score any goals in a dour draw. Brighton had many opportunities to score, but were unable to close out any points as Everton desperately defended attempt after attempt. In 15th place, every game for Brighton is huge in the fight to avoid relegation. Everton, on the other hand, sits comfortably in 8th place.

The Guardian: Premier League: 10 Talking Points from the Weekend’s Action Following the heels of the massive success of NBA Top Shot, trading card producer Topps has announced the first digital trading card collection with MLB as NFTs, which will be released on April 20th.

In case you’re unfamiliar, an NFT is short for a non-fungible token, which in simpler terms is something that certifies a digital asset to be unique and non-interchangeable. This can give value to photos and videos online, which the NBA ran with. Dapper Labs teamed up with the always progressive basketball league in 2019 to produce digital highlights, cards, and moments from the NBA that can be bought and sold according to their market value. The market has taken off since the start of 2021, which can be seen by the LeBron James dunk that was bought for $208,000.

What to Expect From MLB

Topps announced that their physical 2021 MLB collection, along with motion graphics and nostalgic card templates, will be released in either common or legendary quantities.

If you’re a baseball fan looking to add to your card collection, these NFTs just might be the collectible of the future.

CNBC: How Baseball Card Mania Is Colliding with NFT Boom to Revive Topps and Change the Game for Dealers

NBA: Zion and Ingram Combine for 64

After a back-and-forth match finished 3-3 at the end of regulation, Brandon Hagel’s sixth goal of the season was the decider as the Blackhawks defeated the Blue Jackets.

More game-ending magic in Chicago! In one of the weirdest walk-offs you will ever see, a routine double-play ball bounced off the helmet of base runner Yasmani Grandal, allowing the go-ahead run to score.

🇯🇵Tokyo 2020 Olympics: High Opposition in Japan, but Where?

One poll in January showed that more than 80% of Japanese respondents favored canceling or postponing the Olympics. Critics suggest that organizers had been putting their desire for the Summer Games above public safety. (SI)

The Bright Spot for Every Tanking NBA Team This Season

NBA teams have two commodities for sales, and they tend to be mutually exclusive: The organizations enjoying present success, and especially title contention, are selling wins. The ones that are losing sell hope for the future, usually in the form of tantalizing young players the team hopes will one day form a core that allows it to sell wins. (Bleacher Report)

️How Austin FC Prepared for Its Debut Season in a Pandemic

The league’s newest franchise plays its season opener on Saturday after months of preparation and planning amid challenging constraints. (The Ringer)