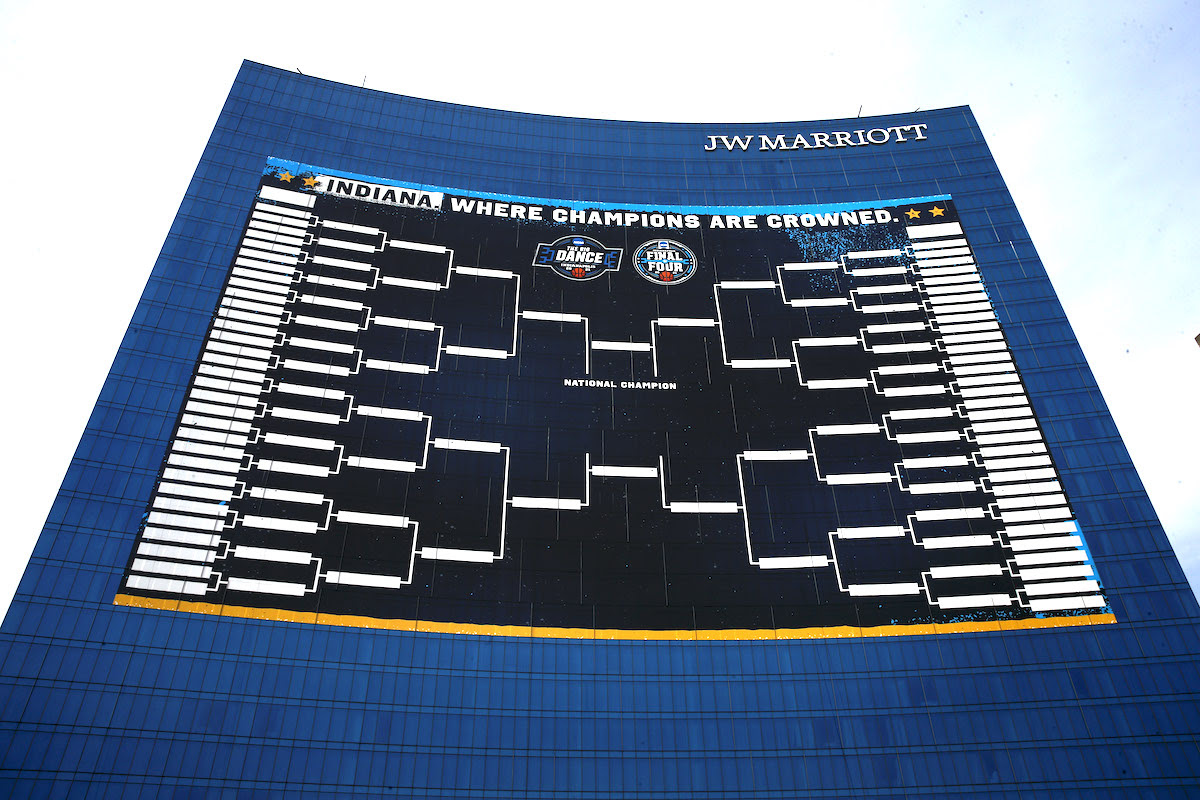 4 NCAA Tournament Teasers on the Eve of The Big Dance

The NCAA Tournament makes its triumphant return tonight with the First Four. You, like me, may not be too excited about those four measly precursors to your bracket’s success, but they mark the official start of March Madness. Even if they’re just teasers. So we’ll play along and leave you with a few teasers of our own. Four facts, one for each of the First Four, to be exact…

1. Tomorrow’s Bracket Primer is a Must-Read

We’re that confident. We’ve put a lot of time and effort into tomorrow’s March Madness Guide. So much that today’s edition might as well be… just… stalling until tomorrow? See what we’re doing? Teasers, just like the NCAA Tourney itself. But tonight’s games aren’t anything to scoff at (like this article).

You’ll pretend it doesn’t, but don’t kid yourself. Watch the games. You may not think the last eight teams to make the field are true title contenders, but be careful. In 2011, 11-seed VCU had to beat USC in a First Four matchup. They went on to the Final Four. These games matter.

So until we reconvene tomorrow morning — waking up from this nearly 720-day nightmare since the 2019 NCAA Tournament — enjoy the moment and be grateful for what it is. Two pairs of 16-seeds and 11-seeds going head-to-head to trim the field to 64, and it’s on from there.

3. Your Bracket Is Only Guaranteed Tonight

Most expert bracketologists (like yourself) who’ve been doing this for years probably know the drill. You analyze the seeds, pick your favorite upsets, act like a genius and put money on the line (Or enter for free and a chance to win $500).

Right now, your 63 picks are absolutely perfect. Tomorrow, they won’t be. There’s a 1 in 9.2 quintillion chance of landing the perfect bracket. Don’t get too emotionally attached to your picks. It’s a relationship that will only break your heart.

I’m a little biased here, but that’s okay. This year’s NCAA Tournament bubble is hosted entirely in my hometown. All 67 games are in my backyard, and they’re all being played at venues where I’ve spent significant time (see more in tomorrow’s edition).

Indy is a special place for hoops fans, from historic Hinkle Fieldhouse to Mackey Arena and Assembly Hall. The NCAA headquarters are located inside the 1-mile radius that separates all four Indy-based hotels where the teams are housed. It’s like one giant win-or-go-home basketball camp.

And That Picture Above? It’s the world’s largest bracket (47,000 square feet) on the J.W. Marriott hotel in downtown Indy.

Reader Feedback: Email Jeff@TheSportsletter.com to ask direct questions about the NCAA bubble, Indianapolis tourney sites, or anything regarding the history of basketball in Indiana. He loves bragging about Indy.

That’s it for our teasers. I think we stalled long enough to pique your interest for tomorrow. Don’t forget to join The Sportsletter’s Bracket Challenge before Noon ET (Friday) for your chance to win $500.

The Madness is coming…

Washington Post: How the NCAA Tournament Built Its ‘Bubble’ in Indianapolis

NCAA: 1 Team From Each Seed Line to Pick — And Why 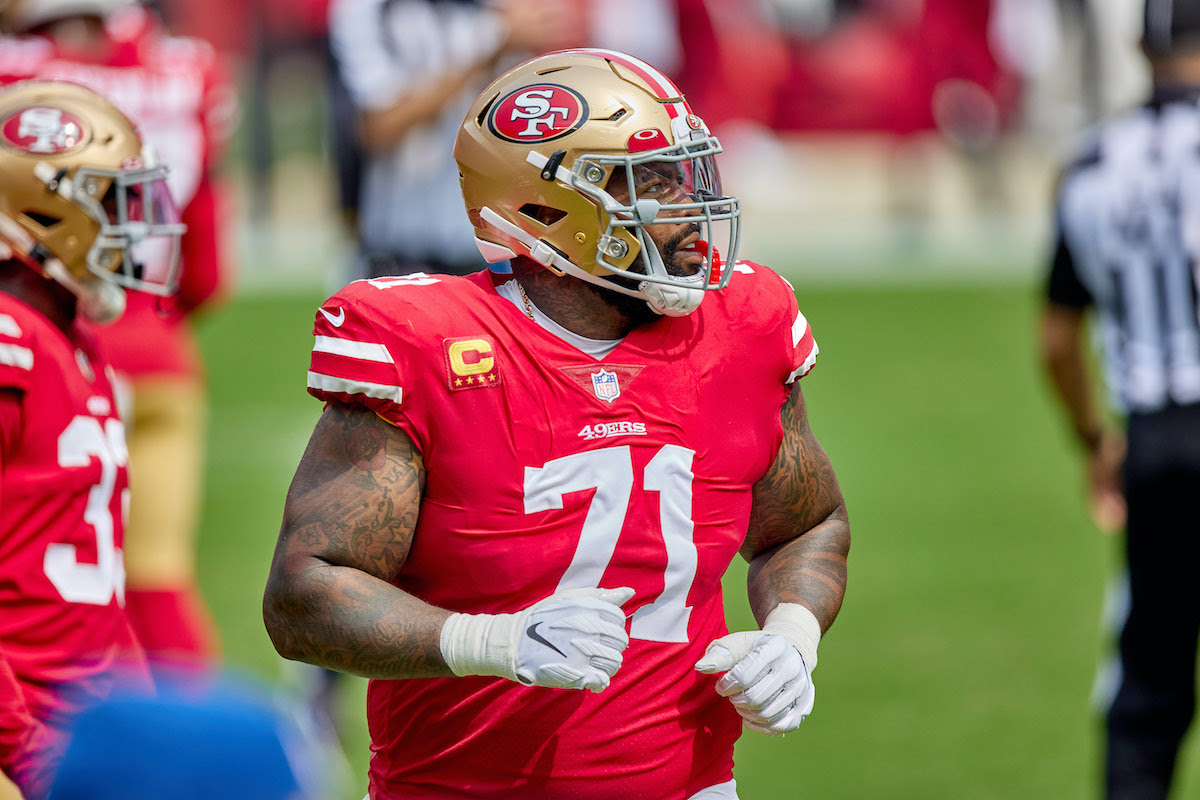 49ers Give Trent Williams Historic Deal, But Who’s Still Yet to Sign?

NFL free agency week continued with another historic deal on Wednesday. The San Francisco 49ers made OL Trent Williams the highest-paid offensive lineman of all-time with a six-year deal that resembles starting QB money. Another handful of big names got swiped off the board, but there’s still plenty of talent surrounded by silence. It’s hard to believe some of these names are still out there.

SB Nation: Detroit Lions Give Up Next to Nothing for Rams DT Michael Brockers 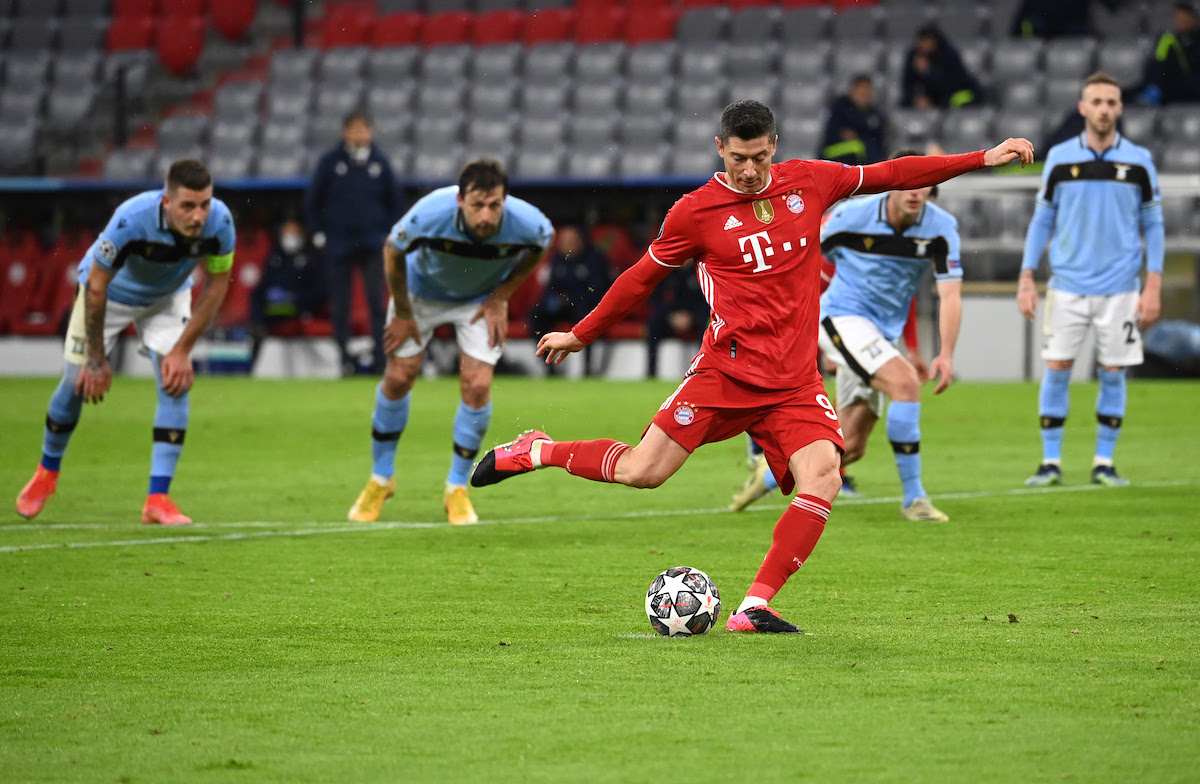 The Round of 16 has come to a close and the quarterfinals are set. The UEFA Champions League final eight features seven of Europe’s most elite clubs, plus an underdog story from FC Porto. The two clubs who advanced on Wednesday — Bayern Munich and Chelsea — are still perfect in this year’s tournament. Here’s how the last two spots were claimed:

The German juggernauts continued their dominant 2020-21 campaign with another convincing victory against Lazio on Wednesday. Robert Lewandowski and Eric Maxim Choupo-Moting put the nail in Lazio’s coffin as Bayern stayed perfect by extending their Champions League unbeaten streak to 19 games. The titleholders are 7-1-0 this season and on their way to the quarterfinals.

Just like Bayern, Chelsea are also unbeaten in the 2020-21 Champions League campaign (6-2-0). While much of the focus turns to Manchester City and Bayern, the Blues are just as worthy of title talks. They’ve outscored opponents 17-2 in UCL matches. Hakim Ziyech and Emerson Palmieri netted the deciding goals in Leg 2.

NBA: Rockets on the Wrong Side of History

The top two teams in the Eastern Conference met Wednesday, but Philadelphia was without MVP candidate Joel Embiid. The Bucks came from behind late to pull off an OT win (109-105) thanks to 32 points and 15 boards from Giannis Antetokounmpo.

Take a bow, Mika Zibanejad. The Rangers star tied an NHL record with a six-point period in the team’s 9-0 embarrassment of the Flyers Wednesday night. Zibanejad had a hat-trick and three assists during a seven-goal blitzkrieg in the 2nd.

10 Bold Predictions for the NCAA Tournament

Remember when No. 16-seeded UMBC upset No. 1 Virginia in 2018? Remember when Virginia won the national championship the next season? Both could be considered bold picks in an office pool. Let’s face it: It’s boring to pick all the top seeds. (USA Today)

The Most Underrated Free Agents Available

Along with Pro Bowlers and high-end starters, NFL teams can still find underrated veterans to fill roster holes in free agency. Because of the declining salary cap this year, we should see several hidden gems linger around the open market. (Bleacher Report)

After months of negotiations amid a global pandemic, WBC heavyweight champion Tyson Fury and WBO, IBF and WBA titlist Anthony Joshua signed a two-fight deal to make history as the first undisputed heavyweight champion of the four-belt era. Are you excited? You should be. (Sporting News)

Jeremy Lin Speaks Out Against Atlanta Shootings With #StopAsianHate

Let the madness begin! The First Four of the NCAA Tournament tips off tonight alongside a few other must-see games. Here’s what we’re watching on the eve of The Big Dance.

The Honda Classic (Round 1)