In today’s edition, we feature the men’s underdog story from Oral Roberts and a buzzer-beating salvation for the Texas A&M women’s squad. Oddly enough, the two teams share a connection…

Read of the Day

There’s a power couple in college hoops. They’re dating, and they’re both playing in the Sweet 16. 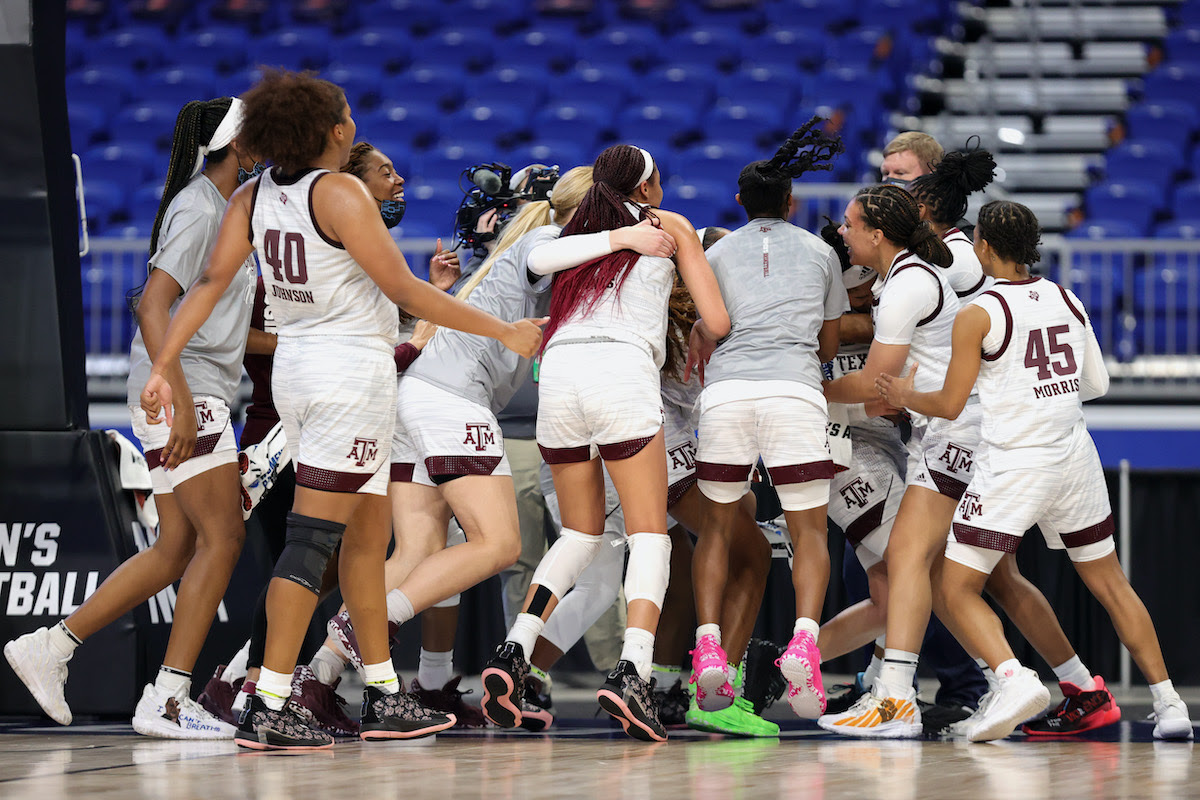 Just what we came to see! The madness of March finally got its first game-winning buzzer-beater on Wednesday. 2-seed Texas A&M held off 7-seed Iowa State (84-82, OT) thanks to Jordan Nixon’s coast-to-coast floater as time expired. Jubilation for the Aggies. Heartbreak for the Cyclones. Nixon ended the night with 35 points and 7 assists on 16-for-28 shooting, and a moment she’ll never forget.

With that walk-off winner, all No. 1 and No. 2 seeds remain intact heading to the Sweet 16.

So Long, Cinderellas: The last three double-digit seeds all hit the end of the road on Wednesday. #12 Belmont and #13 Wright State were blasted by 20-plus blowouts, but #11 BYU kept things close with #3 Arizona (52-46). 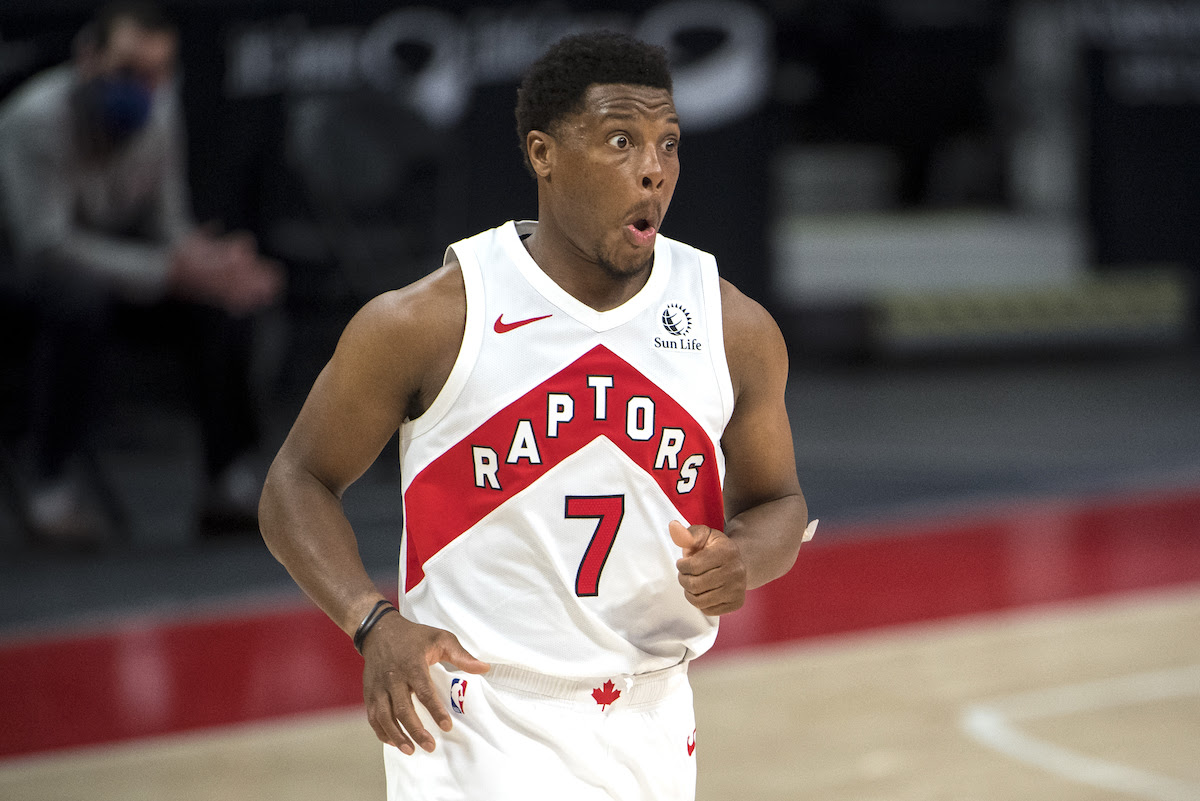 Any Moment Now, the NBA Trade Deadline Could Shift the Balance of Power

We’re t-minus eight hours and counting to the NBA’s 2021 trade deadline (3:00 pm ET), and as of the timestamp on today’s newsletter (7:00 am ET), the big names haven’t moved just yet. We thought we’d have more action by now, but it appears we’re doomed for a mid-day scramble.

As Raptors point guard Kyle Lowry said yesterday: “Whatever will be, will be.”

Anything can happen before today’s deadline. We’ll recap all the movement in tomorrow’s edition.

B/R: Ring Chasing to be ‘Driving Force’ Behind Spurs Buyout of LaMarcus Aldridge

The Hottest Teams in Spring Training 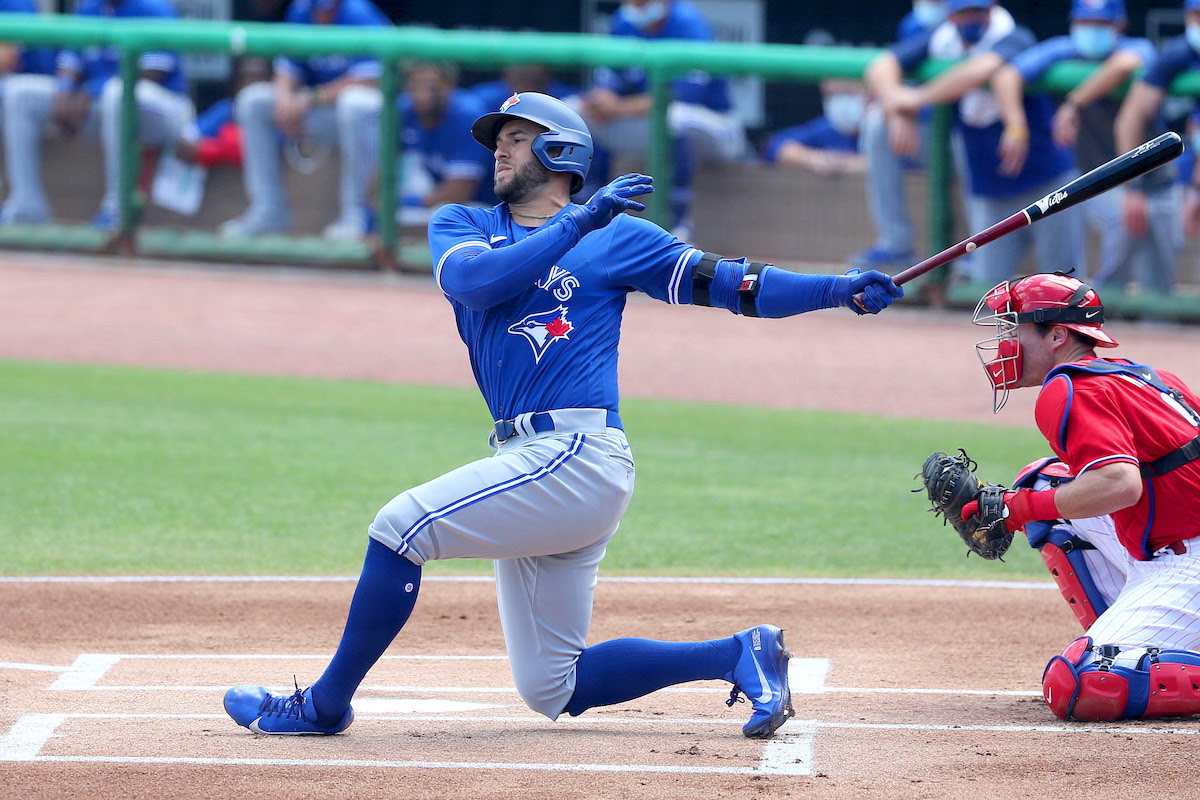 Which Teams Look Poised & Ready for Big Seasons in 2021?

Less than a week separates us from Major League Baseball’s Opening Day (Apr. 1). A few clubs have had dominant runs in Arizona and Florida, but how much does spring training really tell us? One can quickly debunk any theory about spring training success relating to the regular season. The competition is weak, the stars are limited, and the wins are meaningless. We’ll confirm on all accounts, but let’s look at who’s stock is rising, just for kicks…

Toronto Blue Jays: The Blue Jays (14-8) have the third-best record in all of spring training, but their defense has been the biggest story. Toronto has allowed just 70 runs, the fewest all spring, for a league-best run differential of +40.

Boston Red Sox: Believe it or not, the Red Sox (12-8) are raking in the runs this spring. They sit atop the league in runs scored (128) and they’re riding a win streak nearing the end of spring training.

Miami Marlins: The Marlins (10-5) have had an interesting spring. They started hot with an 8-2 record, but they’ve had a handful of ties that aren’t reflected in that record.

Kansas City Royals: The Royals (13-6) started the spring slate with a bang, but they’ve since cooled off. Despite three losses and three ties in the last week, they still have the best record in the Cactus League.

Chicago Cubs: Many people expected the Cubs (13-7) to be rebuilding. That’s probably still true, but they reeled off five wins in a row last week while the pitching staff allowed just 2.2 runs per game over that span.

Milwaukee Brewers: The Brewers (12-9) shouldn’t be a surprise bounce-back contender this season. They’ve won five of the last seven, and the bats have been brewing up big shots. Latest example? Christian Yelich smacked a grand slam yesterday.

MLB: No Crystal Ball Needed, Here’s How the MLB Playoffs Will Play Out

It was another quiet day in NFL free agency. Three offensive talents signed new deals, including The Ghost, WR T.Y. Hilton, with his former team. CB Richard Sherman, DE Jadeveon Clowney and other veterans are still up for grabs.

NBA: Bucks Hold Off Celtics for No. 8

The Boston Celtics nearly completed a 25-point comeback on Wednesday, but the Milwaukee Bucks held on (121-119) for their league-best eighth straight win. The Bucks are just 1.5 games back of the 76ers for the East lead.

Both Aaron Gordon and Evan Fournier could be on the way out of Orlando today, but that didn’t stop Fournier from hitting a game-winner to sink the Suns (112-111) in what could be his final game for the Magic.

The Buffalo Sabres have been imploding since mid-February. Yesterday’s 5-2 loss to the Penguins marked their 15th straight defeat and set an NHL record for the longest losing streak since the 2005-06 season.

The opening round in the Dell Technologies Match Play at Austin Country Club teed off Wednesday with 64 players in 32 groups of two. Dustin Johnson and Jon Rahm were winners while Bryson DeChambeau and Rory McIlroy were losers. Action continues today.

FIFA World Cup qualifiers have been rolling in Europe throughout the week. Wednesday’s best showing came from Belgium in a 3-1 win over Wales thanks to goals from Kevin De Bruyne, Thorgan Hazard and Romelu Lukaku. England, Germany and Spain are in action today.

Cinderella From The Summit 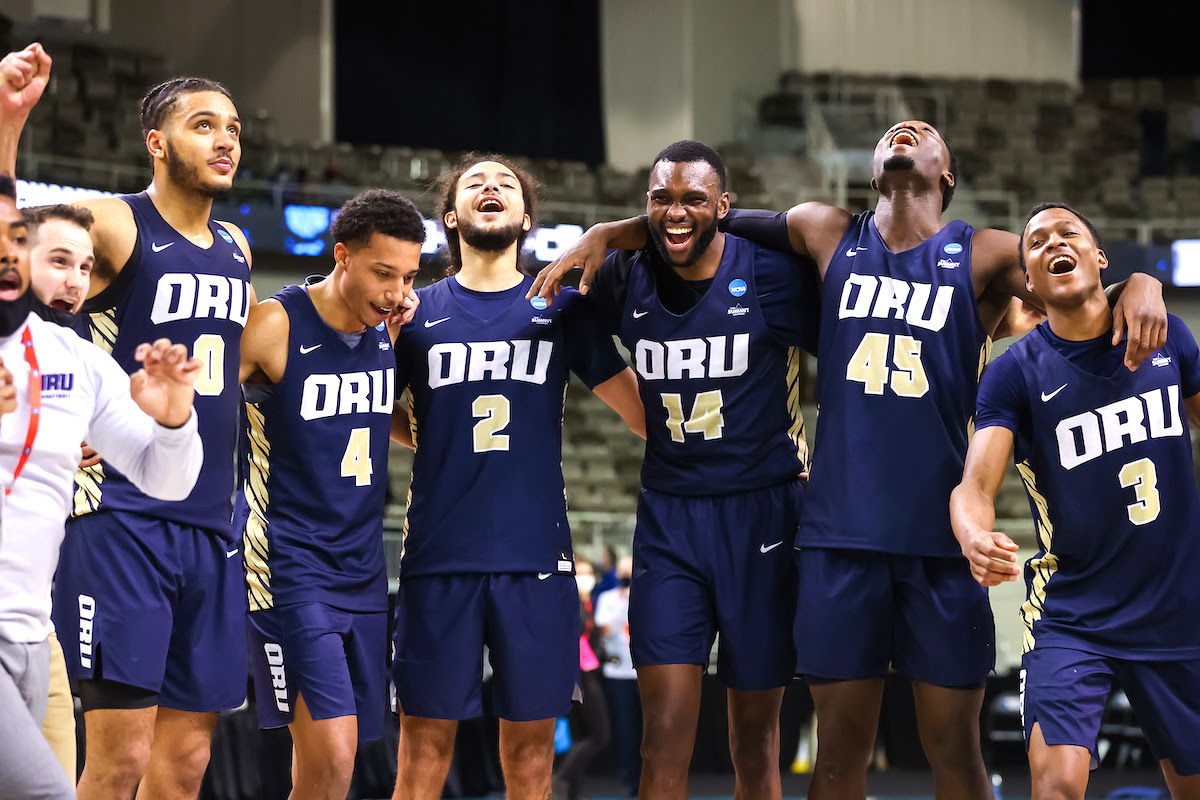 How Oral Roberts Went From Afterthought to Sweet 16 History-Makers

You could hear the chants echo from the corner of Indiana Farmers Colliseum on Sunday. The fans weren’t chanting the name of a player, the school, or its nickname, but rather an identity they hoped to claim.

There have been other sleepers making deep runs in this year’s NCAA Tournament, but those 11 and 12 seeds have been here before. The identity of this year’s “Cinderella” has been found, and her name is Oral Roberts — the second-ever 15-seed to reach the Sweet 16.

Meeting Cinderella From The Summit

When it comes to basketball in the south-central United States, there are powerhouses we all know about. Those legendary programs exists about every 100-200 miles on the map, and they were littered throughout this year’s NCAA Tournament. So you can understand our surprise — nay, the world’s surprise — when a team from The Summit League emerged from this region to win its first NCAA Tournament game. And they weren’t done after one.

Want a picture of basketball in this region of the country?

We witnessed a 14-seed from Abilene, Texas win its first tourney game. The 13-seed North Texas Mean Green also played spoiler in the first round.

Almost 20 total programs — nearly 1/3 of the men’s bracket — came from these six or seven states in the “heartland” of college basketball, from Texas to Nebraska and Colorado to Missouri. Now, only five remain. And the Cinderella story from Tulsa might not be over yet.

Who is Oral Roberts?

Granville Oral Roberts was a Christian evangelical preacher who was the school’s founder in 1963. The university has roughly 4,000 students, and it became a Division I program just seven years ago in 2014.

How Good is ORU?

We’re gonna go with ‘very, very good.’ Not your typical 15-seed, to say the least. The Golden Eagles scheduled five quality opponents to open the non-conference season, and they competed with all of them — Missouri, Oklahoma State, Oklahoma, Arkansas and Wichita State. Once their conference play began, they went 13-5 en route to The Summit League championship.

On the roster, point guard Max Abmas and forward Kevin Obanor are a 1-2 punch as lethal as any left in the tournament. The duo combined for 113 points through the first two games (Abmas: 27.5 ppg, Obanor: 29.0 ppg). That’s the most of any duo this year.

ORU joined Florida Gulf Coast (2013) as the only 15-seeds ever to reach the Sweet 16. FGCU’s magical run came to end against 3-seed Florida — a power-conference program located just a few hours away. This storyline feels similar…

Is This the End of the Road for ORU?

It might be, but don’t bet on it. There’s reason to believe in Cinderella for just a bit longer. As it turns out, the Golden Eagles and Razorbacks played earlier this season. And while Arkansas won that game (87-76), ORU held a 12-point lead in the second half.

Not convinced? Max Abmas — the NCAA’s leading scorer in 2021 — was held to a season-low 11 points in that game. And the Golden Eagles still almost pulled the upset.

If the road ends here for ORU, they’ll still be remembered as the undisputed Cinderella of the 2021 NCAA Tournament. They shocked 2-seed Ohio State (75-72) before a gutsy win over 7-seed Florida (81-78). But if they knock off Arkansas to reach the Elite 8?

That, my friends, is a March Madness Underdog story we’ve never seen before.