Today’s top story is a little different as we rewind the last year of sports amid a global pandemic. This nightmare may not be over, but it feels like the 4th quarter — and that’s where games are won. 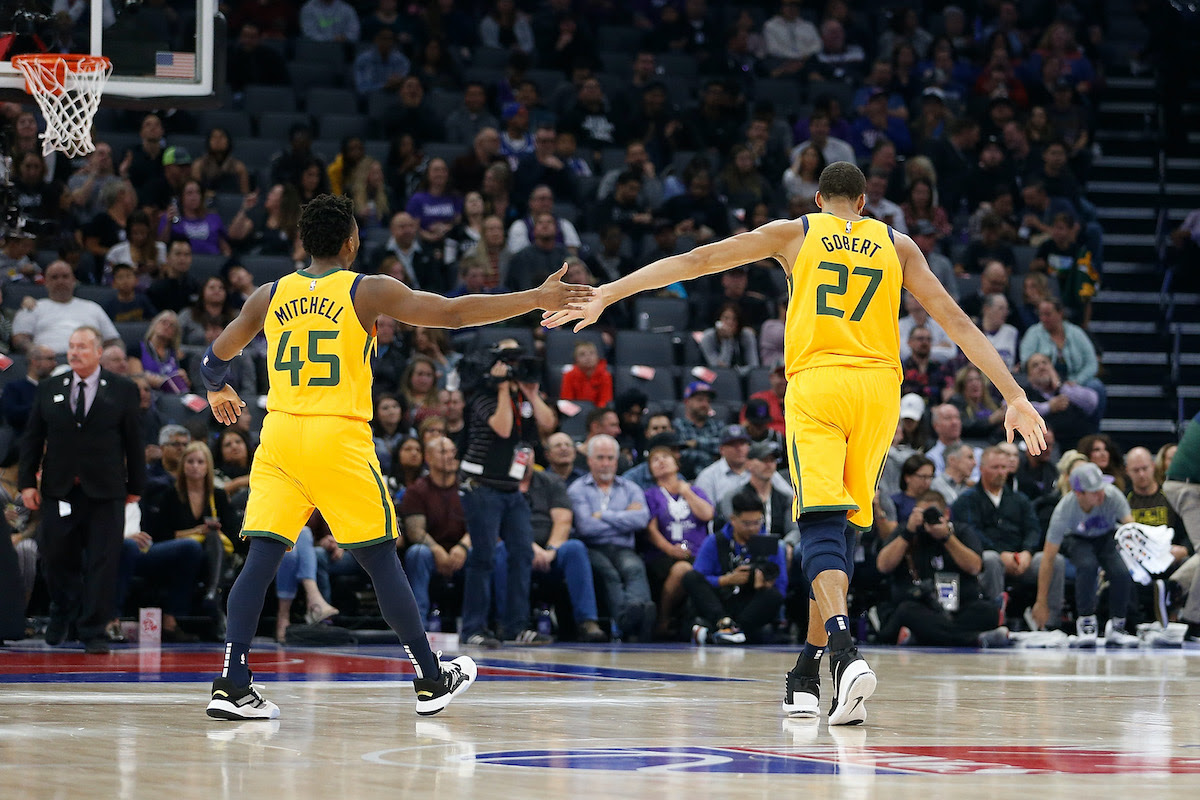 March 11, 2020: 1 Year Since the Sports Shutdown That Rocked the World

Most of us remember where we were that day. The narrative had been escalating. Panic was setting in. But no one could really comprehend what was about to happen.

I was driving on Wednesday, March 11. I kept receiving the alerts throughout the car ride, but I didn’t think it would actually happen.

The NBA had restricted media access in locker rooms. The NCAA was contemplating hosting the tournament without fans. The United States had 270 cases of coronavirus, total. The concepts of “social distancing” and mask wearing were merely precautions, and not yet a reality.

When I reached my destination, I checked my phone and saw dozens of notifications I couldn’t believe.

Utah Jazz center Rudy Gobert tested positive for COVID-19 just minutes before tip-off against the Oklahoma City Thunder. Fans were in the arena. They were told to go home. Within minutes, the NBA began cancelling every game on the schedule that night. Soon after, the season was put on pause.

I watched the saga unfold from a hotel room as I compiled a version of The Sportsletter I never thought I would have to write. One year later, we’re still writing these stories.

The next morning (March 12), every major pro sports league followed the NBA’s example. The MLS and NHL stood still. The PGA Tour halted play at The Players Championship less than 24 hours after Gobert’s positive test. His Jazz teammate, Donovan Mitchell, also tested positive. In the days that followed, the NCAA Tournament cancelation ended dreams for thousands of student-athletes.

For the last 12 months, sports took a back seat. And it should have. This popular slice of culture that unites us through fandom had been rendered, at times, non-essential. Cases continue to cause scheduling challenges on a daily basis. But on the 1-year anniversary of that unforgettable day, there is good news…

The End is in Sight.

Sports came roaring back in the fall, even with limited fan attendance. We crowned the Lakers, Lightning, Storm, Dodgers, Crew, Buccaneers and more. We persevered through the winter months that brought the height of the pandemic, battling schedules, safety protocols, and more uncertainty.

One year later, our worlds have become a place where sports is not as important as it once was. Lives were lost, and lives were changed. But as it always has, sport brings us together.

A Glimmer of Hope.

It feels like it won’t be long before packed arenas, pre-game tailgates and screaming fans are part of our world once again. The Texas Rangers plan to allow full capacity (40,000+) for opening day on April 5. They’re the first team to open at full capacity in 365 days. The NCAA Tournament will make a comeback in one week. Golf, tennis, racing, soccer and even the Olympics are back in play.

Even more remarkable? The Utah Jazz, who will be forever linked to that fateful day, are currently the best team in the NBA at the halfway point. Gobert and Mitchell, fresh off all-star appearances, are leading the way. If that isn’t the shining example of perseverance, I don’t know what is.

There have been so many things more important than sports in this past year, and we’re well aware of that fact. But sport is the platform that connects us — this small team here at The Sportsletter — to thousands of readers like you around the world.

Nothing about this last year has been easy, but it has made us stronger. When we finally fill the seats of stadiums once vacant, let’s not take it for granted.

I penned a tribute to the NCAA Tournament last year. I ended that story with something I will always believe to be true.

I feel empty without a bracket to hyper-analyze, but there are mort important things than sports… People. People are more important than sports. Because people, after all, are why we love sports in the first place.

NPR: 1 Year Later: People Share The Moment They Realized The Pandemic Was Changing Life as They Knew It 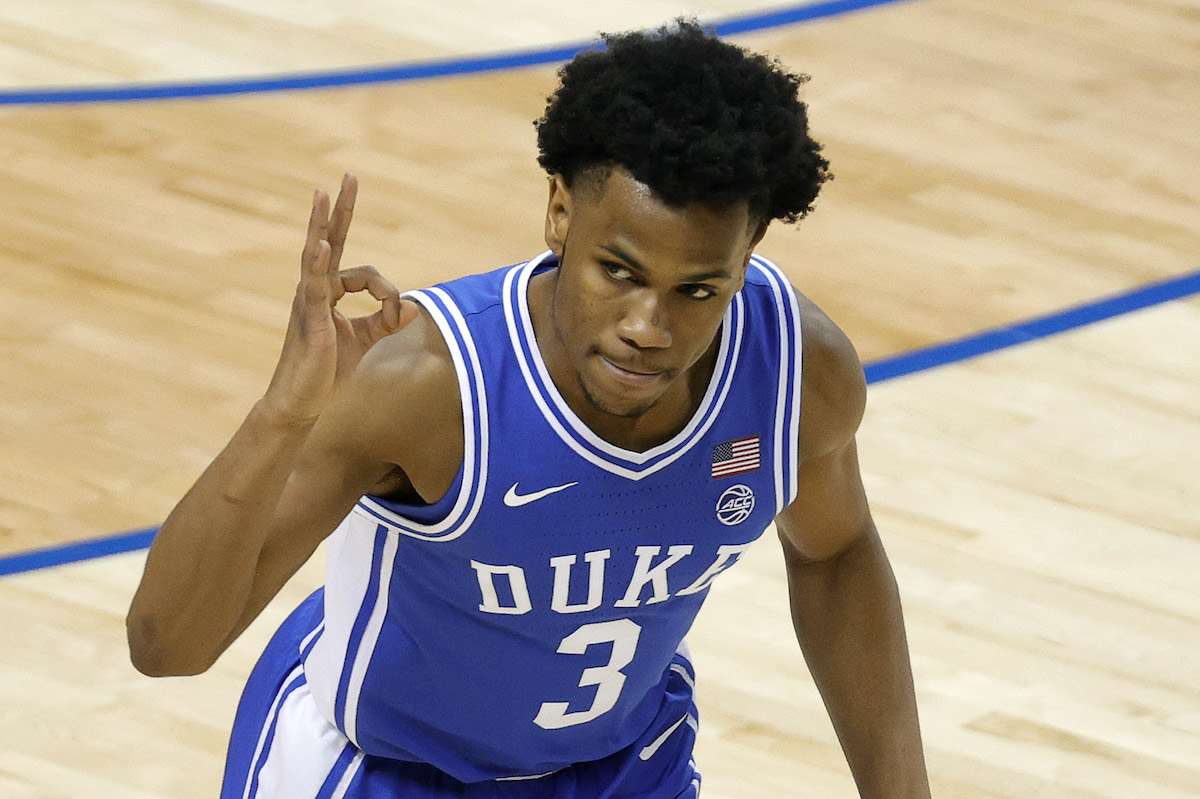 Conference championship week continued with multiple shakeups to the bubble outlook on Wednesday. Three teams in particular caught our attention — Syracuse, Xavier and Duke. The Blue Devils upset Louisville (70-56) to claim their second win in the ACC Tournament and officially resubmit their bid for an NCAA Tournament appearance. Duke’s next opponent is Florida State, and they’ll certainly need a win to avoid missing the big dance for the first time in 24 years.

Elsewhere in the bubble mix, Syracuse were winners over NC State (89-68) while Xavier blew a 19-point lead to Butler (70-69, OT) that swapped their fates. Here’s the latest bubble movement, according to ESPN Bracketologist Joe Lunardi.

Duke: Out → On the Bubble

Xavier: In → On the Bubble

Syracuse: On the Bubble → In

The 17th at Sawgrass Awaits 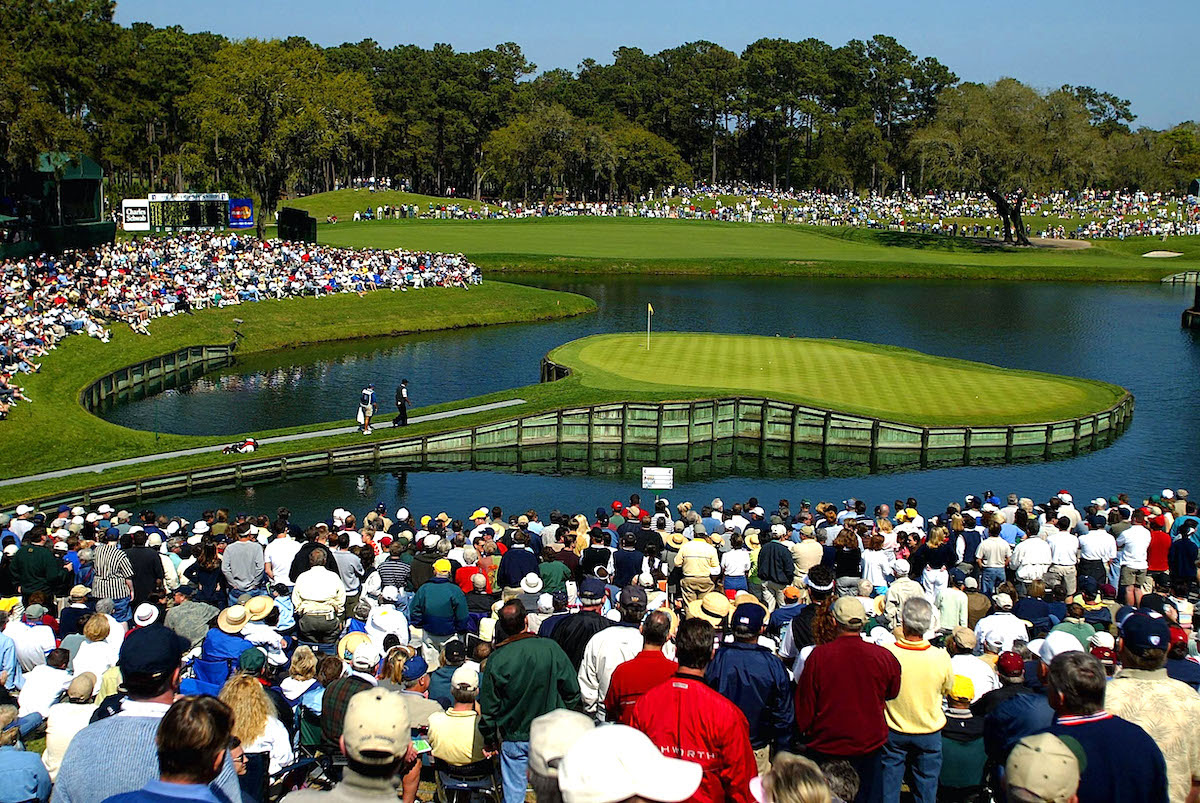 Today: The Players Championship Tees Off From TPC Sawgrass

There are weekend tournaments and then there are majors. Somewhere tucked in the middle lies The Players Championship at TPC Sawgrass. History and big-time performances have laced the grounds of The Stadium Course in Ponte Vedra Beach, Florida since 1982. The March staple of the PGA Tour is the third event in the Florida Swing (4 events), and it tees off today. Last year’s tournament was cut short due to the beginning of the COVID-19 pandemic. That makes Rory McIlroy (2019) the defending champion.

The 17th Island Green: The most iconic image at TPC Sawgrass is undoubtedly the island green on the 17th hole. The par 3 is barely 100 yards, but the dart-board-style target, surrounded by water, has authored countless moments that live in golf lore. It’s a round-breaker, or a round-maker, coming down the stretch.

All Round 1 Tee Times 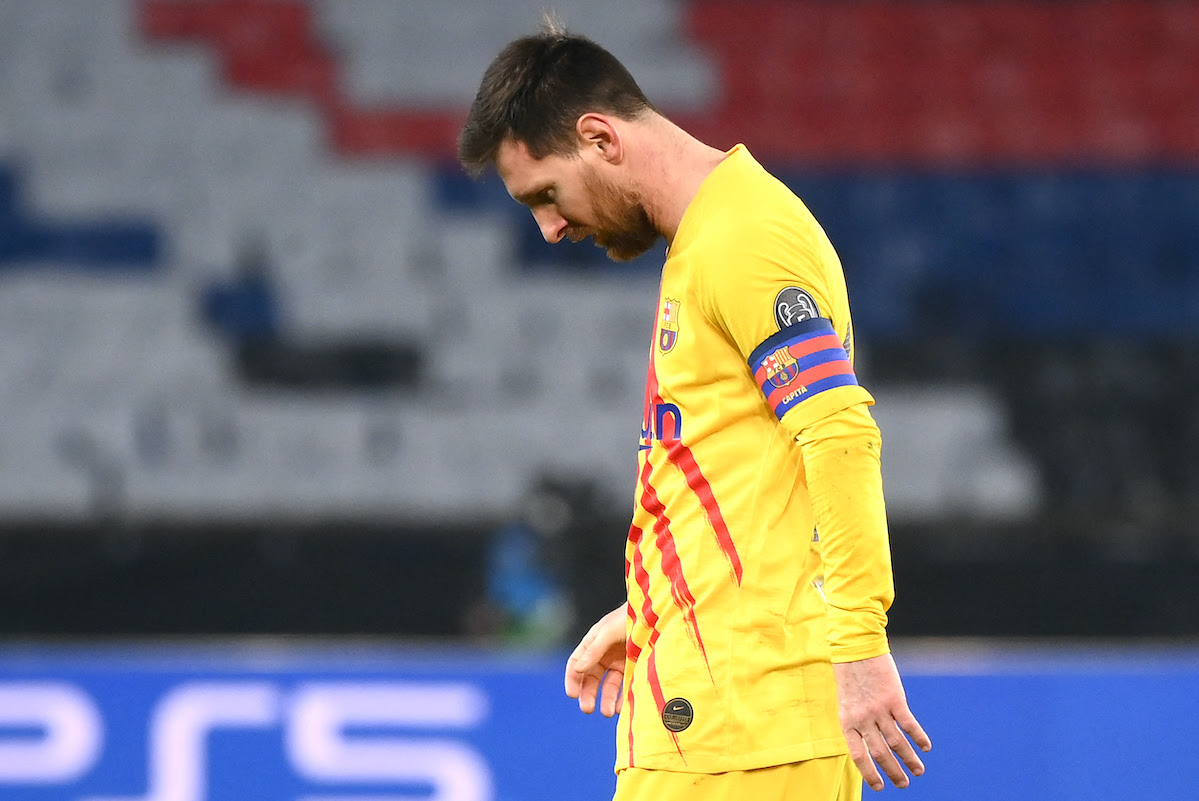 Another superstar has been sent home early in the Champions League. Lionel Messi and Barcelona joined Cristiano Ronaldo and Juventus on the early exit list Wednesday, marking the first time in 16 years that neither player will be present in the quarter-finals and beyond.

Barcelona gave their best effort to overcome a massive 4-1 deficit entering Leg 2 against PSG, but Messi and co. couldn’t find enough firepower. Barca registered 21 shots, 10 on frame, and a 73-27 advantage on possession against the French side, but one sensational goal from Messi wasn’t nearly enough to chip away. Kylian Mbappe tallied PSG’s only goal, and the men from Paris are going to the quarters.

RB Leipzig held on for dear life heading into Wednesday’s second leg. The match was still all zeroes late into the second half until Mohamed Salah (70’) and Sadio Mane (74’) slammed the door shut. Liverpool advances 4-0 on aggregate. They’ve only given up three goals in eight UCL matches.

Leon Draisaitl’s hat-trick led the Edmonton Oilers’ offensive outburst Wednesday against the Senators (7-1) for the team’s third straight win. Drasaitl (42) and teammate Connor McDavid (48) are 1-2 atop the NHL in points.

5 Bubble Teams That Could Make a Run

If they make the field of 68… All five of these teams are on the dreaded bubble, but they have the goods to reel off a run if they make the Big Dance. (CBS Sports)

As it turns out, early in spring training is a great time to identify the most intriguing players on each roster, so better late than never, here they are. (USA Today)

There Will Be Marathons This Fall

The coronavirus pandemic has wiped out most major road races through this spring. Marathon organizers are hoping their events can return this fall. But what will they look like? (NY Times)