Everything you need to know before watching Sunday’s big game… 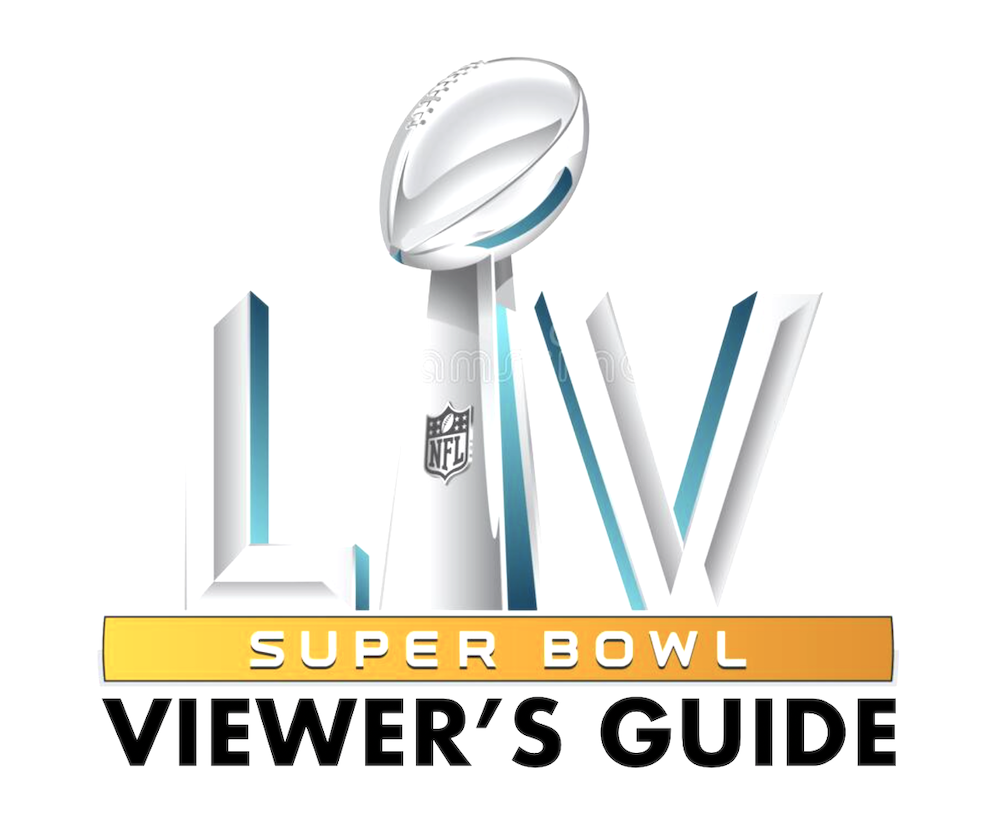 It’s finally here. I’ll admit I was skeptical last summer. It didn’t seem like the NFL could realistically pull off an entire season amid the coronavirus pandemic, but it did. Yes, there were positive tests each and every week, but only a few outbreaks sent teams into a total lockdown. The Tuesday and Wednesday postponed games were something completely unique to this season. The revolving door of backups and practice squad players was another 2020 staple. And somehow, at the end of it all, we arrive at a Super Bowl to be played on schedule. What a year.

You’d be hard-pressed to find a bigger roller-coaster of a season in NFL history. The Steelers went 11-0 and were the talk of the league before a monumental collapse. The Browns, Bills and Bucs made postseason history by breaking lengthy playoff droughts. Multiple star quarterbacks struggled and could be on the move, if they haven’t packed up already. And what’s left is really no surprise — another Super Bowl appearance for Tom Brady, and a matchup against the kid who’s looking to take his place as the greatest of all time.

There’s plenty of history between the quarterbacks in this year’s game. Their 18-year age gap is the largest between opposing QBs in Super Bowl history. It’s also the first Super Bowl in 55 years that features two QBs who have previously won a Lombardi Trophy and MVP award. Does Defense Really Win Championships? If So, Advantage Bucs

Both Super Bowl LV teams enter the finale with top-ranked passing offenses. The run games aren’t anything to scoff at, but both teams score roughly 30 points per game. The Chiefs accrued more yardage this season, but the Bucs were more efficient at capitalizing.

On the defensive side, it’s clear that Tampa Bay holds the edge. They have a top-10 defense in most statistical categories, but the biggest storyline in this one (looking at the stats above) could be red zone efficiency. Surprisingly, Kansas City’s defense ranks last in red zone touchdown percentage — dead last. Bucs’ wide receiver Mike Evans leads the league in red zone touchdowns. He could be the x-factor in SBLV.

What the numbers above don’t show is how close SBLV could be… The Bucs haven’t lost since these teams played each other in November (27-24). The Chiefs have won nine of their last 10, but eight of those nine wins have come by six points or less. KC’s 14-point win over the Bills in the AFC Championship Game was their largest win since Nov. 1 against the Jets.

The Chiefs may be favorites, but they haven’t been blowing teams out. The Bucs, on the other hand, have shaped their identity in keeping games close. They lost just two games all year by more than a field goal — both against the Saints.

It’s no surprise the Chiefs are the slight favorites after returning to the big game. Kansas City (-3.5) is a field goal favorite with the moneyline set at just over a hundred in both directions; Chiefs (-105), Bucs (+105). The over/under is 56.5 points, which feels a bit lofty. None of the playoff games in the first two rounds (10 total) broke the 56-point mark, but both conference championships exceeded it.

Tampa Bay takes a late lead (28-27) before Patrick Mahomes engineers a miraculous drive to set-up kicker Harrison Butker for the game-winning field goal. Chiefs win, but don’t cover, and I like the over. Repeat, Pat!

Video: How We Got to Super Bowl LV (Mic’d Up Footage From the NFL Playoffs) 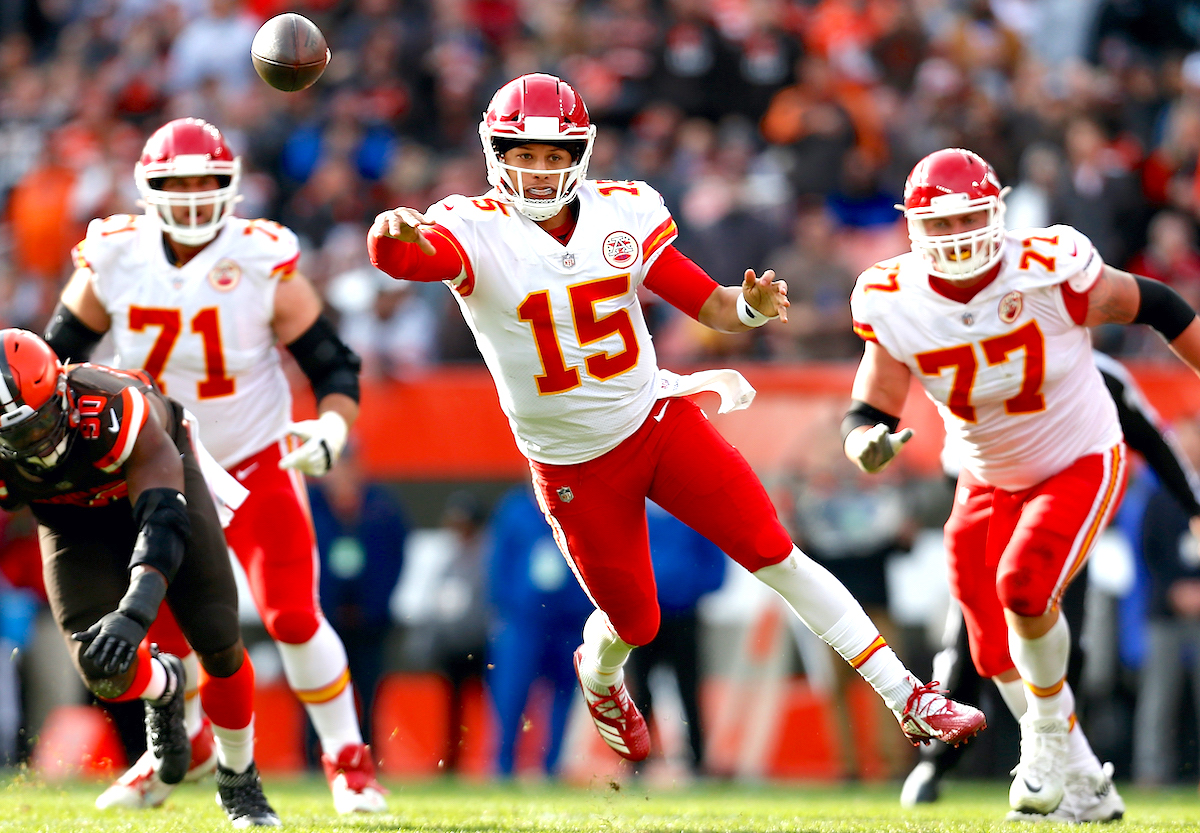 How Kansas City Takes Step 2 in Building a Dynasty

It’s still just the beginning. Patrick Mahomes is 44-9 in his first 53 NFL games, and now he’s on the brink of his second Lombardi Trophy at age 25. Tom Brady (26) holds the record for youngest quarterback to win multiple championships, and that’s just one of many records on the line in this one.

After signing a $503 million contract last summer — the largest in sports history — Mahomes and the Chiefs are already nearing dynasty territory. Super Bowl win No. 2 could be the second verse in the long, long ballad of Mahomes’ song, but that could rely on his weapons. If he continues to have an embarrassment of riches on offense, the Chiefs are only just beginning. 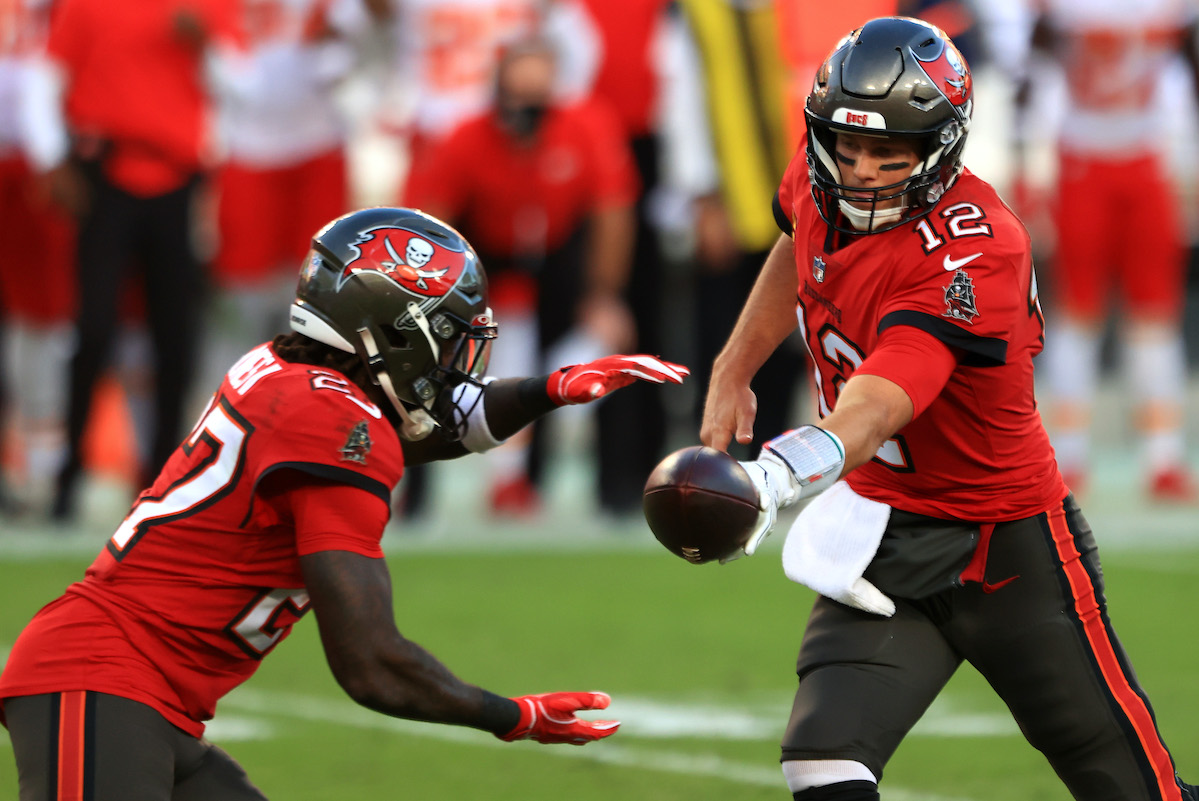 It had been 18 years since the Tampa Bay Buccaneers first reached the Super Bowl, and they hadn’t been back since. The Bucs are 1-0 all-time in the Super Bowl dating back to that 2002 run. And even though it’s been a long-awaited return, Tampa Bay’s path back to the big game was an abrupt turnaround. It was March 20, 2020 when Tom Brady left New England to sign a two-year deal with the Bucs. Combined with an offensive-minded coach in Bruce Arians and a loaded offense, they had one goal in mind. The later additions of RB Leonard Fournette and WR Antonio Brown only added to the Bucs’ untouchable offensive firepower. Then the defense turned in a top-10 season.

A 7-5 start had many fans thinking Tampa would have to wait until Brady’s second season before making a deep run, but Tom had other plans. Brady turned it on down the stretch as the Bucs reeled off four straight wins to end the season. Tampa won the Tom Brady sweepstakes, and 322 days later, they’re the first team to play a Super Bowl in their home venue. Brady goes for ring No. 7, but his first outside New England.

The Ringer: The Star of Super Bowl LV Will be the Buccaneers’ Massive Pirate Ship

ESPN: Why the Tampa Bay Bucs Were the Only Team That Could Get Bruce Arians Back Into Coaching

Two of the leading candidates for MVP went head-to-head Thursday night. LeBron James and the Lakers beat out Nikola Jokic and the Nuggets (114-93) thanks to a 27-point triple double from LBJ. Jokic had just 13 points.

Alex Ovechkin scored his 709th career goal for the Capitals in Thursday night’s 4-2 loss to the Rangers. Ovi passed Mike Gartner for seventh on the NHL all-time goals list. Next up? Eight more to reach Phil Esposito.

Chelsea were 1-0 winners over Tottenham in Thursday’s Premier League action thanks to a PK strike from Jorginho (’24). The three points bumped the Blues up to sixth in the EPL table, while Spurs have won just one match in their last five.

A top-10 matchup in the Big Ten stole the show on Thursday night as 7th-ranked Ohio State beat out 8th-ranked Iowa (89-88). The Buckeyes overcame an 11-point deficit in the second half and held Luka Garza to just 16 points.

Kevin Durant and LeBron James lead their respective conferences after the first returns of NBA All-Star voting. Durant holds the top spot (2.30 million) with James in second (2.28 million). Steph Curry (2.11 million) was the only other player to crack the 2-million mark. (NBA.com)

Senior officials of the Biden administration spoke with MLB last week about a one-month delay for the season while getting players vaccinated in time for opening day, according to The Athletic’s Ken Rosenthal. (Yahoo! Sports)

🏈 NFL: Offseason Needs for All 32 Teams

With just Super Bowl LV left to play to wrap the 2020 NFL season, almost every team’s attention has turned to the offseason and to the moves they need to make to be the ones fighting for the Lombardi Trophy in a year’s time. (Pro Football Focus)

Colorado Avalanche Games Postponed Through Feb. 11 Due to COVID-19

Game 267 of the NFL season will be its last as we crown the Super Bowl champ on Sunday night. We have roughly 10 other events we’re watching before the big game. Day 1 of the Australian Open begins when we return on Monday. Enjoy Super Bowl LV, and be safe.