One of the biggest blockbuster trades in NBA history just went down, and the internet lost its mind. How’s that for a Wednesday afternoon Woj bomb? 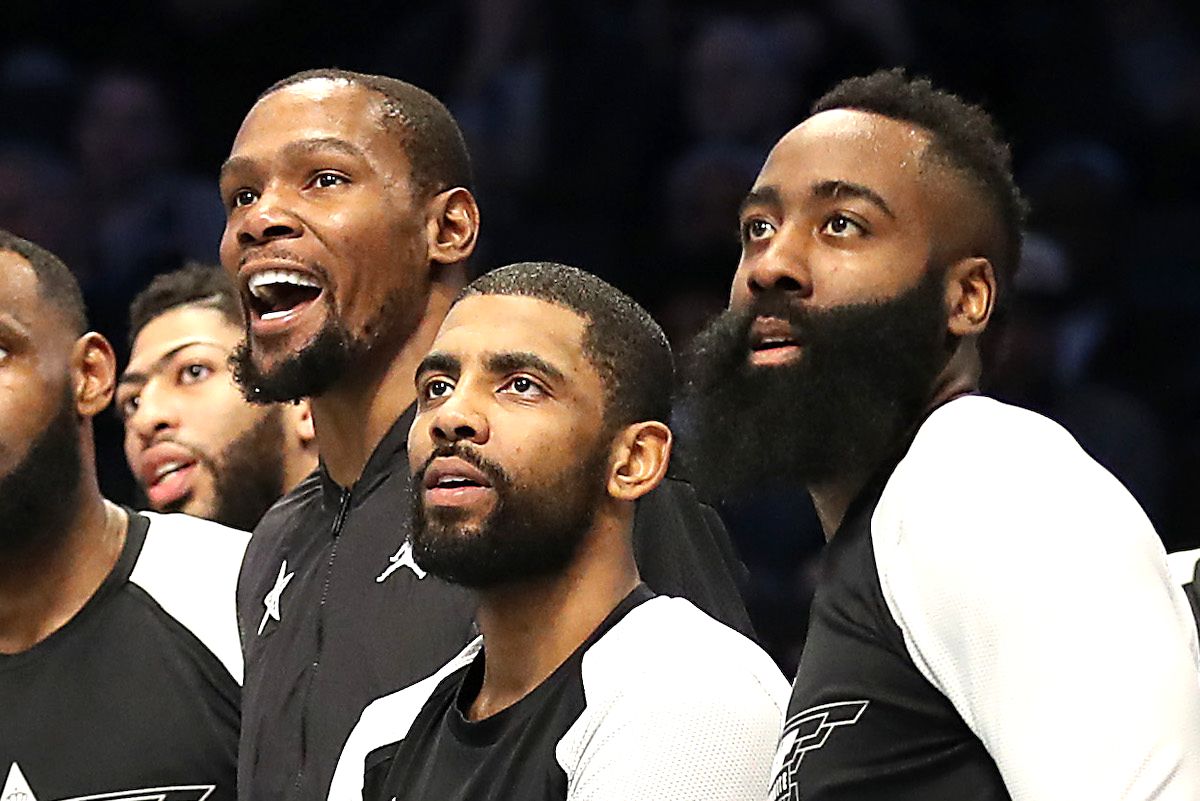 After months of trade rumors and reports of a disgruntled James Harden, the Houston Rockets had enough. Tuesday night’s post-game press conference boiled over into Wednesday headlines before Harden skipped practice. A few hours later, they finally traded him to the Brooklyn Nets in one of the biggest blockbuster trades in NBA history.

Houston’s Haul for Harden
The trade began with a three-team deal that eventually extended to four teams, including the Nets, Rockets, Cavaliers and Pacers. The package features six players, six draft picks, multiple pick swaps and two all-stars. The Nets went all-in to win now, and the Rockets just got a haul for their future while doing deals with three teams in the Eastern Conference. At first glance, everyone looks like a winner.

Harden reunites with former Oklahoma City teammate Kevin Durant. And if Kyrie Irving decides to play basketball again this season, the Nets should be a super-team with title expectations.

Brooklyn’s Big 3
In the last full season for all three of the Nets’ new superstars, their combined scoring eclipses 87 points-per-game; Harden (34.3 ppg), Durant (26.0 ppg) and Irving (27.4 ppg). Time will tell if they can coexist.

Brees vs. Brady: History Will Be Made 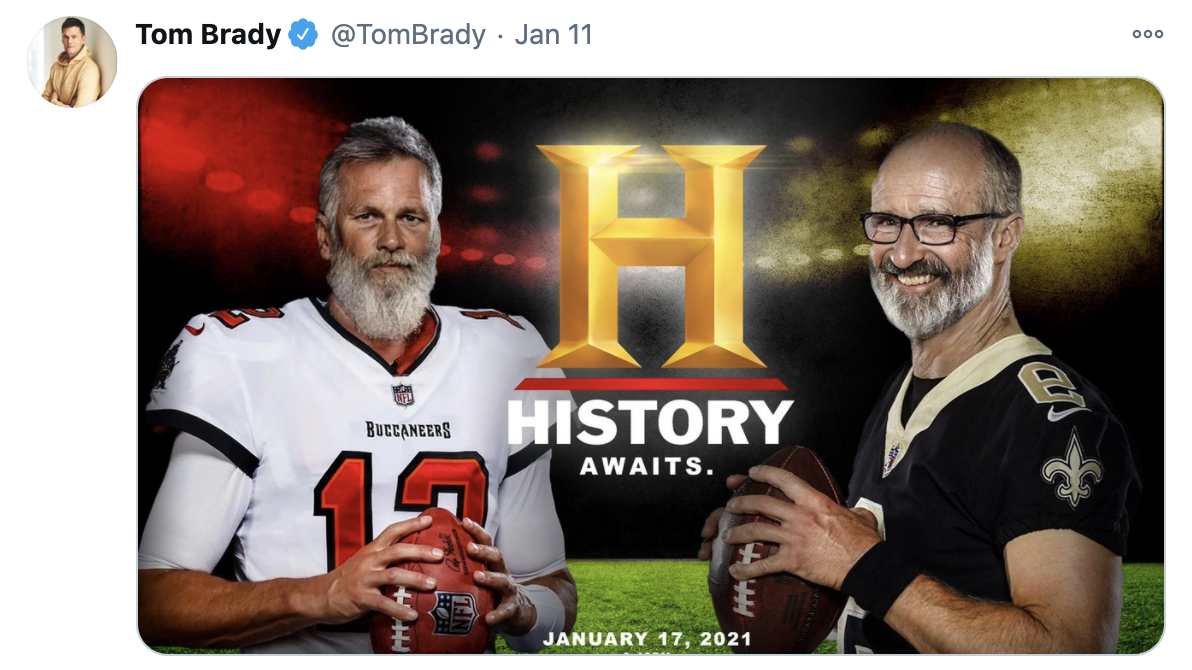 Look at those silver foxes… The hype is growing leading up to the Saints-Bucs matchup this weekend — a clash that features the NFL’s all-time QB leaders in just about every statistical category. We saw them battle twice this season (two wins for the Saints), but what we’re about to see on Sunday feels like a phenomenon that may not happen again in our lifetimes. This year marked the first time in NFL history that two quarterbacks over the age of 40 went head-to-head. Now, it’s the first time in playoff history.

Brees and Brady also rank in the top-10 in career passer rating. Brady is top-5 in interception ratio while Brees is top-5 in completion percentage. Yada yada yada… We get it. They’ve been playing a long time.

Take a good look. It might be the only time we see two 40-year-old QBs go at it in the postseason. Then again, these guys have been disrespecting Father Time for awhile now. 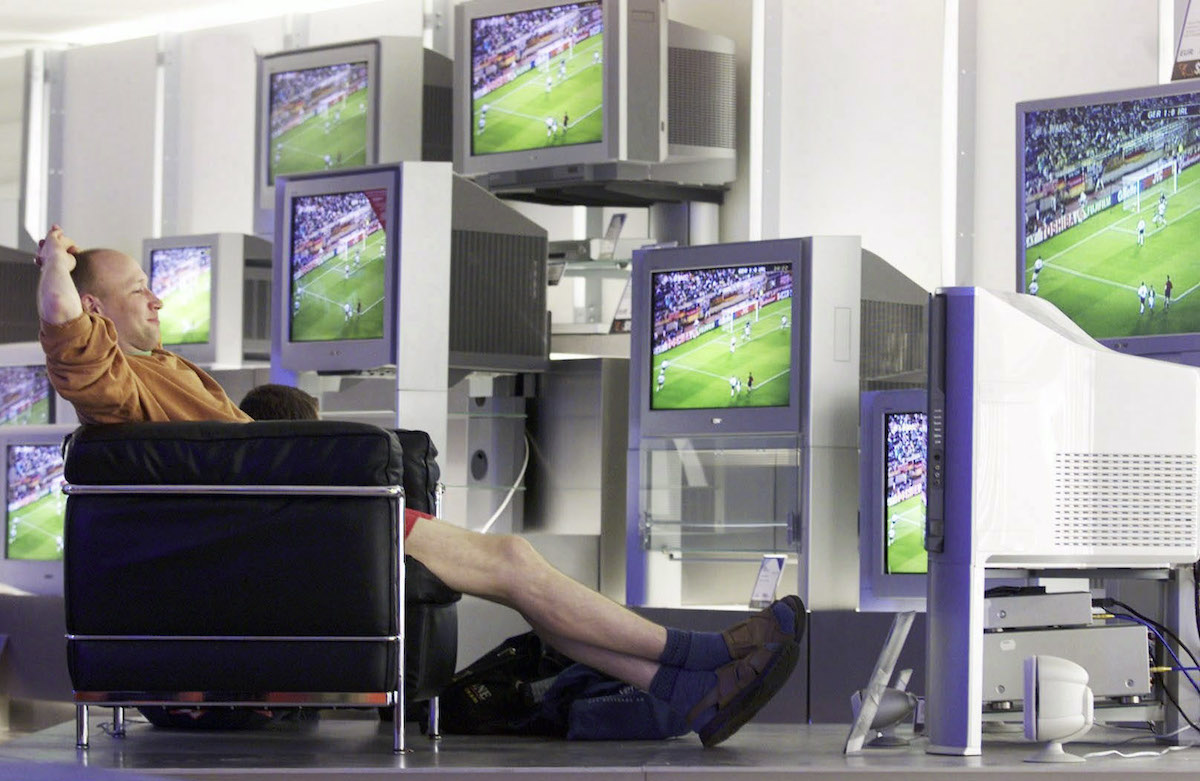 With Everyone Stuck at Home, Why is No One Watching Sports?

Yesterday, after a piece where we analyzed the NFL’s 25% ratings decline during Wild Card weekend, we asked Sportsletter readers to reply and share their thoughts on the topic. The playoff ratings for each of the four major American pro sports leagues were down big this year; NBA (37%), NHL (38%), MLB (40%) and the NFL’s opening weekend (25%). Based on the feedback from our readers, we found three major theories.

The combination of all three brought sports to its knees in 2020, and 2021 appears to be much of the same. The pandemic halted sports, leagues bickered over salaries and health protocols (MLB), and finally, social injustice and political protests became commonplace. A large number of readers did say they believe sports will return to normal, alongside the rest of society, in due time. If you’re interested in our full analysis, or interested in seeing what fellow readers had to say, check back tomorrow for a full report on the conversations.

Additional Storylines
Forbes: Why Sports TV Ratings Will Likely Still Suffer Into 2021
NY Times: TV Ratings for Many Sports Are Down. Don’t Read Too Much Into It Yet

It’s not too late to join the conversation. Hit reply to today’s email and let us know your thoughts to help us strengthen our conclusion for Friday’s edition. 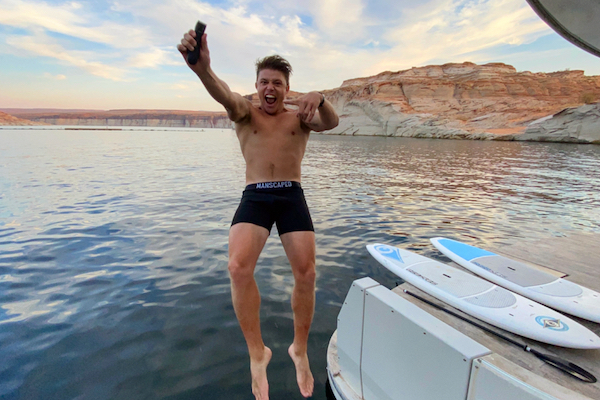 A New Year Calls for a Fresh Start

New year, new you? That phrase isn’t entirely true. You’re the same you heading into 2021, but hopefully fresher. The MANSCAPED Performance Package includes everything you need for below-the-waist hygiene, and that’s a great start to a new year. You’ve heard about MANSCAPED’s premier products, but the Performance Package is a full overhaul of grooming bliss.

For a limited time, you’ll also receive the MANSCAPED anti-chafing boxers and The Shed Travel Bag to store all of your MANSCAPED products. Over 2 million men, including professional athletes, can’t be wrong.

Get free shipping on all orders at MANSCAPED.com

🏀 Lillard Drops 40 for Red-Hot Blazers
Damian Lillard was scorching on Wednesday night with a 40 points and 13 assists. Portland tied a team record with 23 3-pointers as they won their fourth straight by knocking off Sacramento (132-126). All NBA Scores & Highlights

🏒 Reilly Nets OT Winner for Leafs
The Canadian division’s NHL opener didn’t disappoint on Wednesday. The Maple Leafs beat the Canadiens (5-4) with just over a minute left in overtime as John Tavares found Morgan Reilly for the game-winner. All NHL Scores & Highlights

🏀 Mac McClung Calls Game!
The small sharpshooter from Texas Tech hit the biggest shot of his life on Wednesday night. McClung pulled up for the dagger to help the 15th-ranked Red Raiders take down No. 4 Texas (79-77).

🏈 The Least-Watched CFP Championship
The national championship game between Alabama and Ohio State on Monday, which saw the Crimson Tide dominate the Buckeyes 52-24, will go down in the history books as one of the least watched title games ever. (USA Today)

🏀 The Bradley Beal Watch Has Begun
With the Wizards tied for the NBA’s worst record and Russ still… Russ, rival teams have started to circle Beal in the hopes that he could hit the trade market before the March deadline. (The Ringer)

🏒 Honoring the NHL’s First Black Player
On Tuesday, nearly 63 years to the day after Willie O’Ree broke the color barrier in the NHL with the Boston Bruins, the team announced that O’Ree’s number will be retired in a ceremony next month and raised to the rafters at TD Garden. (Yahoo! Sports)

Thunder’s George Hill on NBA’s COVID Protocols: ‘Gonna Do What I Wanna Do’
(USA Today)

Who Do You Think Won The James Harden Trade?

Click to vote. Must be in email service provider (not browser view) for vote to process.