In a perfect world, we’d be watching the First Four of the NCAA Tournament tonight in Dayton. Be sure to check out today’s unique Underdog feature: A Tribute to the Tournament. In the mean time, the NFL takes the spotlight, but no word yet on Tom Brady.

No Slowing Down the NFL 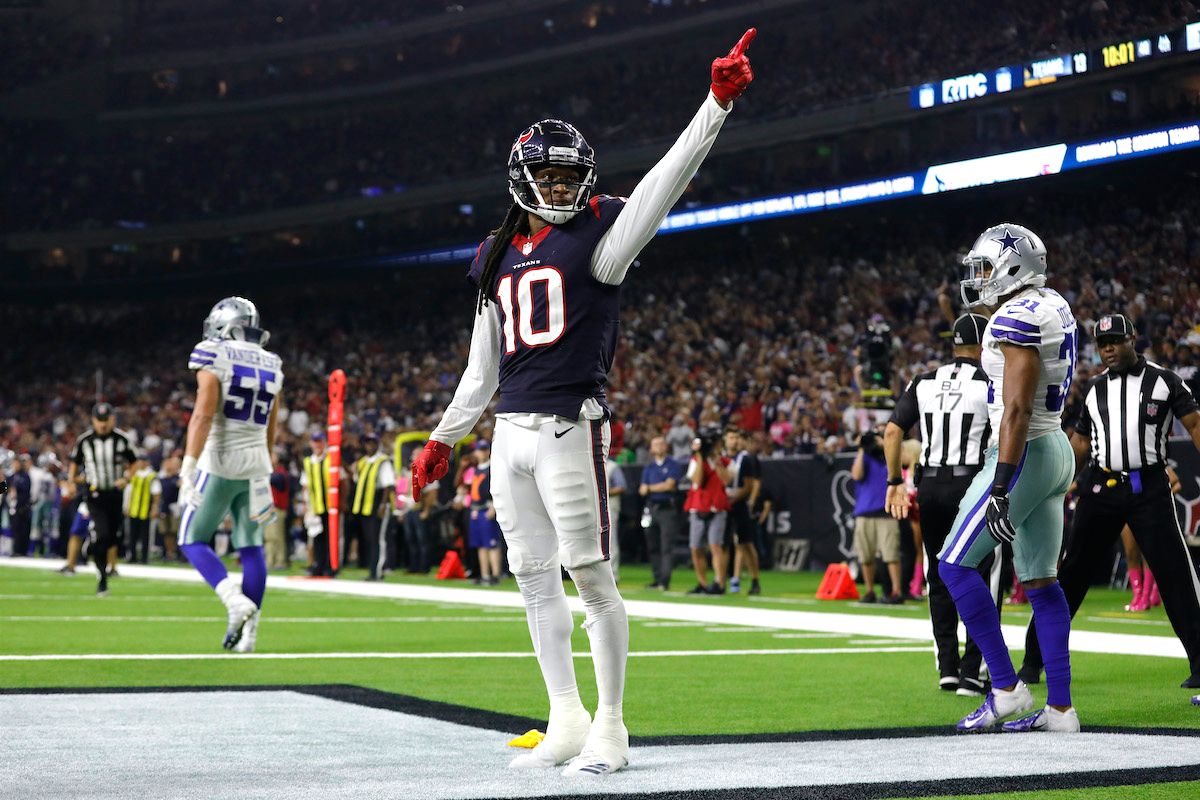 NFL League Year Opens With Mass Movement Across the League

Remember, free-agent acquisitions aren’t official until Wednesday at 4:00 pm ET, but Monday proved just how much of a circus this NFL free agent period will be. It was unexpected big-name players who found new homes yesterday, and the Arizona Cardinals might have just won the offseason. Here’s the latest:

⚫️ Cardinals Acquire WR DeAndre Hopkins
The Arizona Cardinals made Monday’s biggest splash with a trade for Houston Texans WR DeAndre Hopkins. The deal sends RB David Johnson and a second-round pick to the Texans. Hopkins is coming off his third straight 1,000-yard season, and he gets paired with last year’s No. 1 pick, QB Kyler Murray. (CBS Sports)

⚫️ Bills Snag WR Stefon Diggs for Picks
A quick turn of events in Minnesota where the Vikings gave Kirk Cousins a two-year extension, and Stefon Diggs’ tweet got him out the door in a hurry. Diggs tweeted “It’s time for a new beginning.” Hours later, he was dealt to Buffalo for four draft picks; a 2020 1st round, two 4th rounds, and a 6th. (USA Today)

⚫️ Cowboys Tag QB Dak Prescott
The Dallas Cowboys and QB Dak Prescott are still unable to find a long-term deal. After Prescott reportedly turned down $33 million per year, the Cowboys placed the exclusive franchise tag on him for one more season. He’ll make $31.5 million next year under the exclusive tag. (B/R)

⚫️ Dolphins Sign CB Byron Jones
The ex-Cowboy signed a record-breaking deal to join the Miami Dolphins as the highest-paid cornerback in the NFL — a 5-year, $82.5 million contract. Jones joins a defensive backfield with Xavien Howard, and they’re both the highest-paid CBs in football. (Yahoo! Sports) 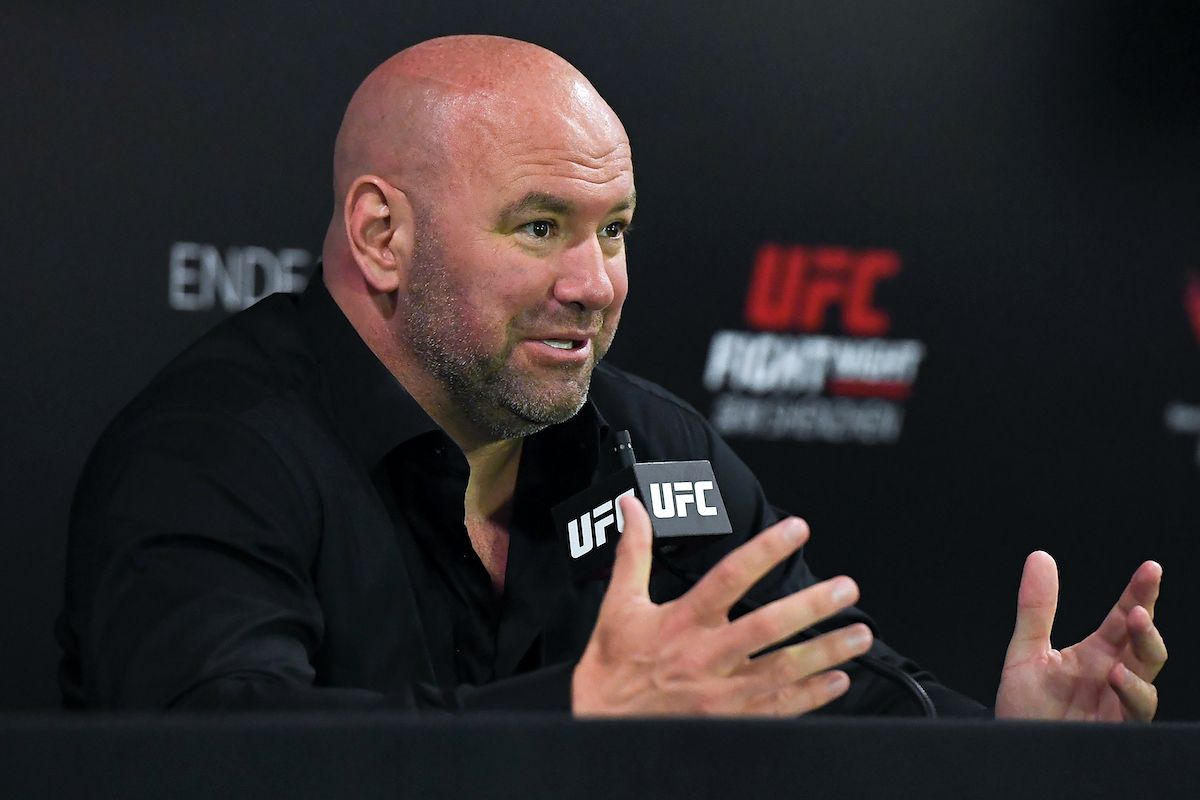 UFC to Postpone Next 3 Events After White House Recommendation

We all needed our own timeline to come to grips with the reality of the situation. For some, Adam Silver’s NBA cancellation was the wake-up call last Wednesday. UFC president Dana White needed more time.

As late as Saturday, the outspoken UFC leader made it clear that fights would continue in empty arenas for the foreseeable future. There were three fight weekends in the next month — March 21, March 28, and April 11. On Monday, White announced the postponement of all three following the latest recommendation to limit gatherings of 10 or more.

“As you’ve heard me say, I’ve been in the fight game for 20 years… We find a way to keep our events going no matter what. But this is different… nothing is more important than the health and safety of you and your families.” —Dana White, UFC President 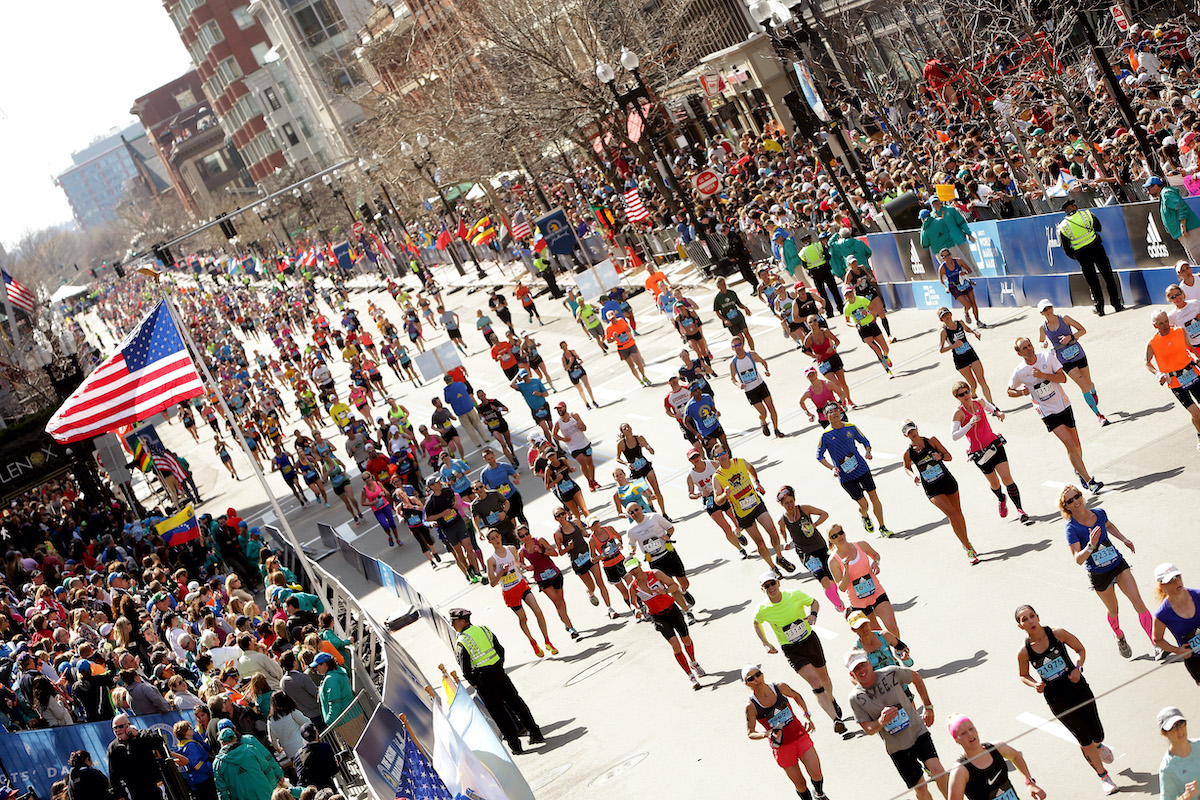 The Latest on Cancellations, Postponements, and Spring Schedules

We’ll have more developments on this ongoing storyline throughout the next few weeks. In terms of the latest breaking news, a series of one-day sporting events have been postponed until next fall, and they officially have dates. Here are the most recent headlines of spring sporting event schedules, including both singular events and the expected timeline of professional leagues:

Professional Sports Leagues
At this time, all professional American sports leagues (NBA, NHL, MLB, and MLS) will be postponed until at least mid-May. Other individual sports that can be played without fans (PGA, UFC, Racing, Etc.) have hopes of returning sooner.

In Tomorrow’s Edition: We’ll take a deeper look at the financial impact of the scheduling conflict in sports.

Why the Tokyo 2020 Olympics Seem Unrealistic

The IOC insists that the Summer Games in Tokyo will go ahead as planned this summer. But given the severity of the coronavirus pandemic and the tight timeframe, it feels impossible to carry out the world’s largest sporting event in July.

Editor’s Note: The IOC is hosting an international call to discuss the state of the Olympics later today. We’ll have more information on that conversation in tomorrow’s edition.