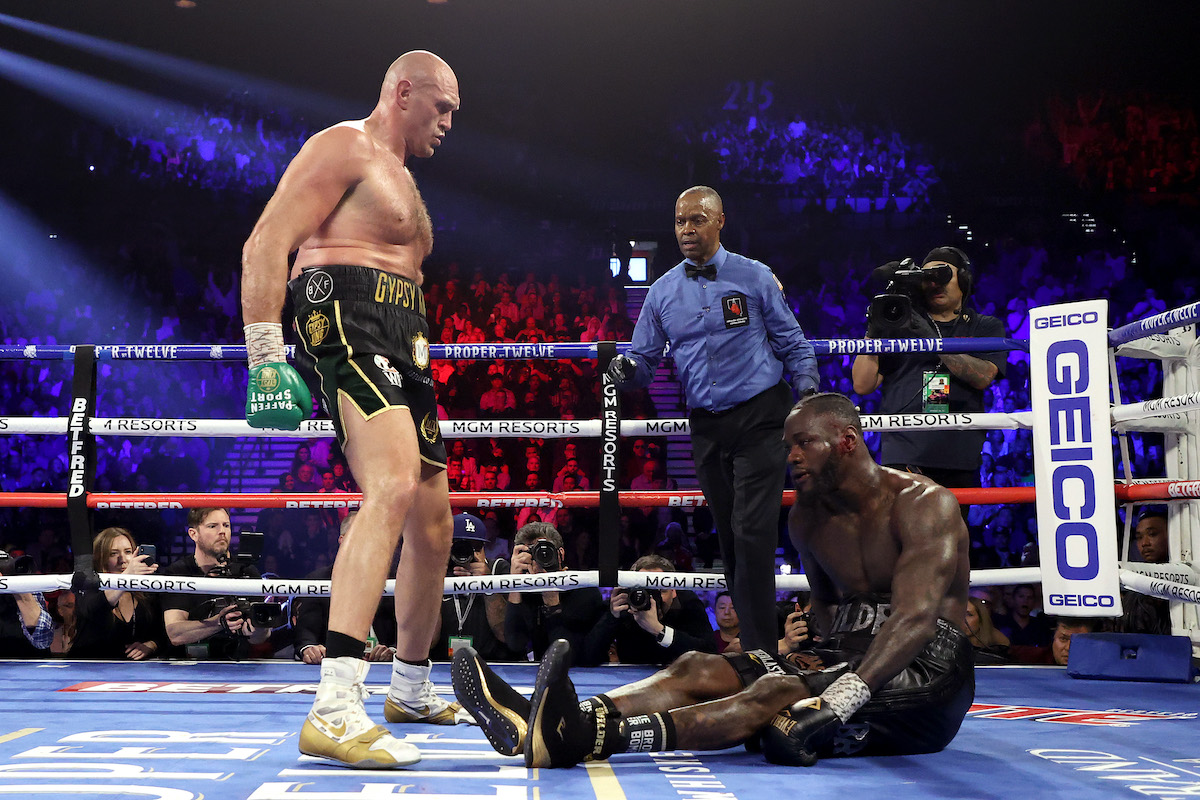 Part II was nothing like the split-decision we saw in Part I. A new-and-improved Tyson Fury silenced any and all doubt that remained. After weighing in at 273 pounds — 42 pounds heavier than Wilder — the 6-foot-9 British giant dominated Saturday’s WBC Heavyweight fight from touching gloves to seventh-round TKO. Wilder’s corner threw in the towel, much to his disappointment, after Fury was on the verge of sending him to the canvas for a third time.

After winning by a landslide, Fury took the microphone and sang “American Pie” to the Las Vegas crowd. He claimed the WBC Heavyweight belt, and he’s expected to challenge Anthony Joshua in a unification match. Joshua currently holds the other four significant belts (WBO, WBA, IBF, and IBO) in the heavyweight division.

Additional Reads
Sporting News: Fury vs. Joshua ‘Has to Happen This Year’
FTW: Boxing Fans Had Plenty of Jokes for Wilder After TKO 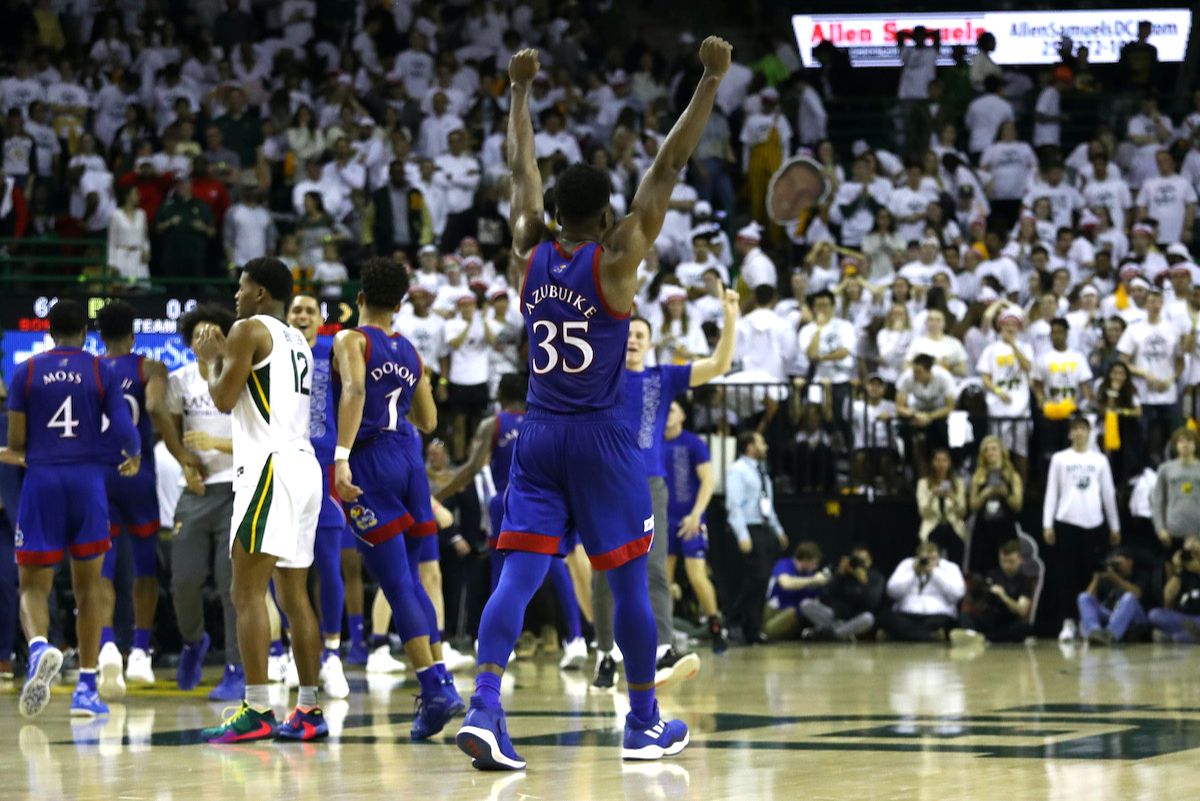 Just when we started to see clarity in college basketball, this weekend’s upset mania delivered another shake-up. Five top-10 teams fell, including No. 1 Baylor, No. 2 Gonzaga, and No. 4 San Diego State. The 3rd-ranked Kansas Jayhawks — who defeated Baylor in a Big 12 clash — should garner today’s new No. 1 spot. Here’s a look at the top-10 upsets before today’s new AP Poll is revealed:

#3 Kansas def. #1 Baylor (64-61)
After losing the first matchup at home against Baylor earlier this season, the Jayhawks went into Waco and won a thriller. Udoka Azubuike had a dominating performance with 23 points, 19 rebounds, and 3 blocks. The Jayhawks are the new No. 1. (ESPN)

#23 BYU def. #2 Gonzaga (91-78)
After the Zags saw the top spot open again with Baylor’s loss, they got outplayed wire-to-wire by a familiar conference foe. BYU’s Yoeli Childs had 28 points and 10 rebounds in the upset. (Stadium)

#25 Ohio State def. #7 Maryland (79-72)
The Buckeyes got 22 points from Luther Muhammed and ended Maryland’s nine-game win streak. The Big Ten might be ousted from the Top-10 when today’s poll is released. (BTN) 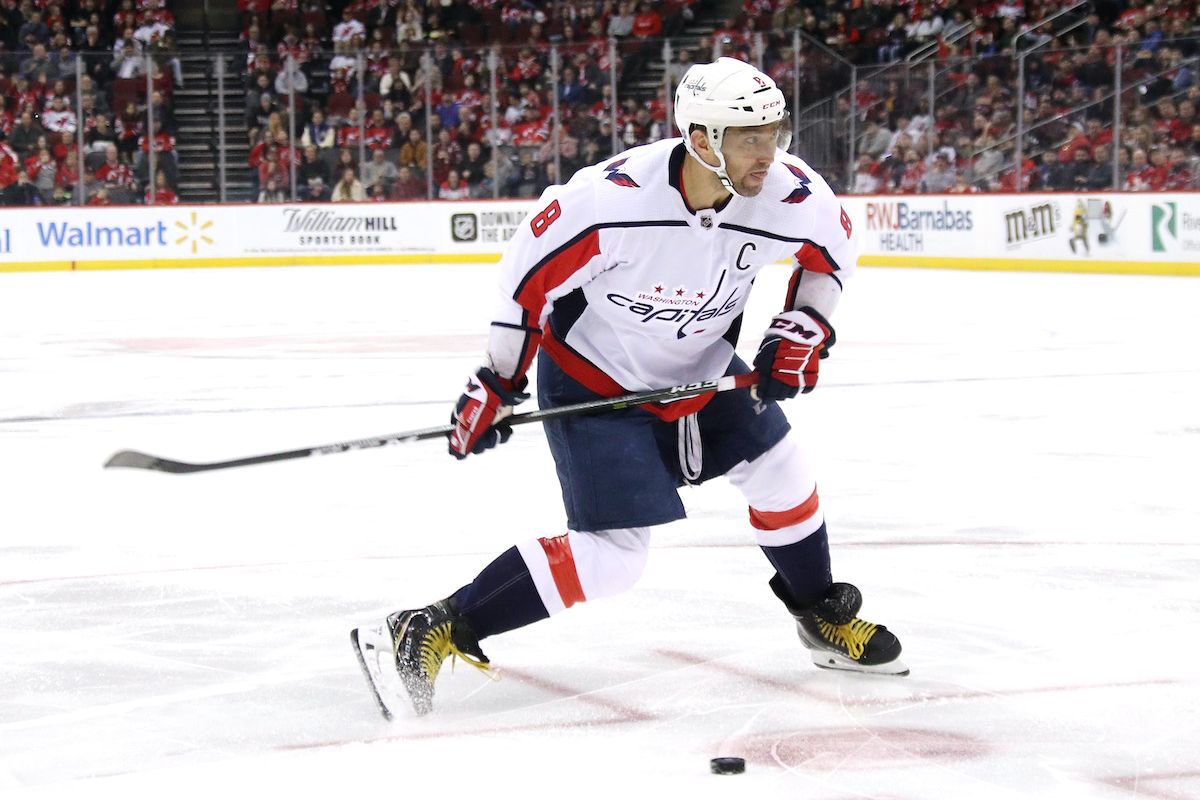 The chase for ‘The Great One’ came one step closer on Saturday with Alex Ovechkin’s 700th goal — a powered slap-shot that stopped the game for a moment of history. The Capitals lost to the Devils on Saturday (3-2), but Ovechkin became the eighth NHL player to record 700 goals in his career. He’s only 34 years old. Ovi now has his sights set on reaching Gretzky’s NHL mark of 894. If he continues his career average of 0.61 goals per game, he’ll break it by the age of 38. 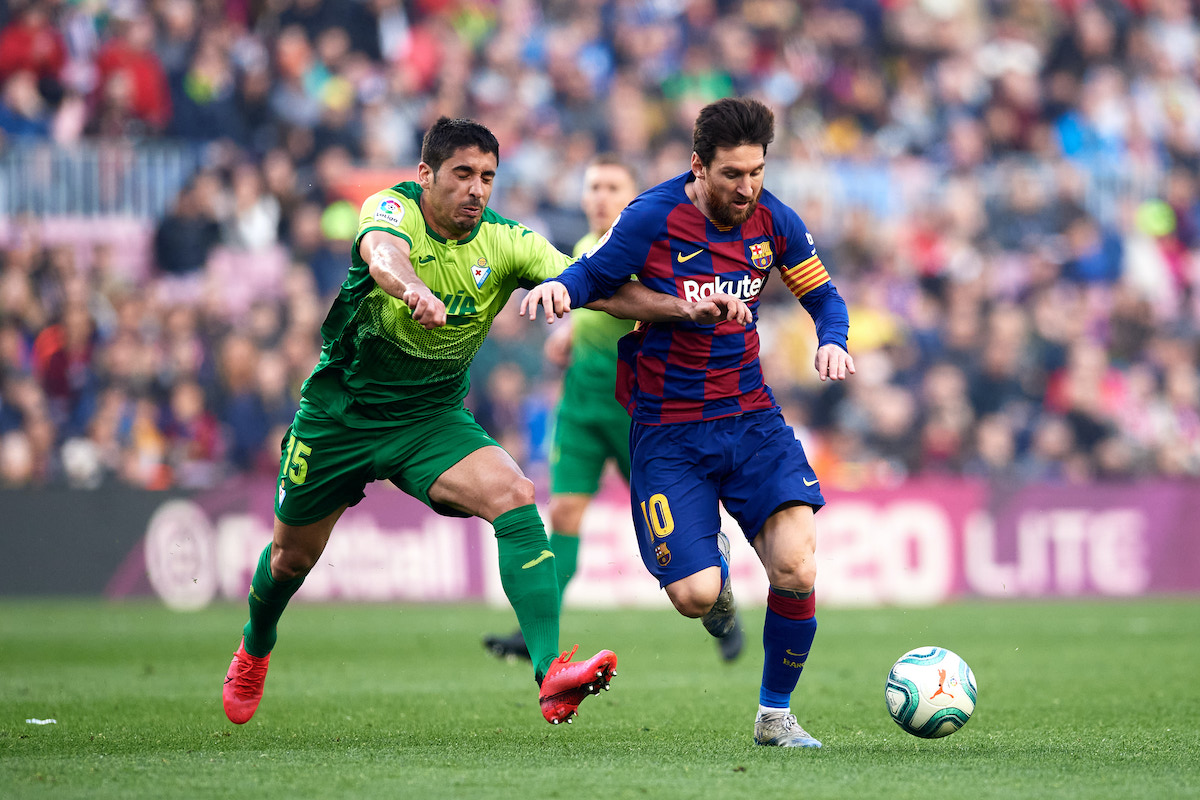 Soccer’s G.O.A.T. had himself one master-class day on the pitch. Lionel Messi scored four goals in Barcelona’s blowout against Eibar (5-0), one of which was a candidate for goal of the year, and he made history in the process. The Argentinian became the first player in professional soccer history to record 1,000 goal contributions; 696 goals, 306 assists. Take a bow, Leo.

– Chelsea in Charge: Chelsea were big winners this weekend over Tottenham (2-1) in a tight Premier League race. They’re now firmly in 4th place while Spurs dropped to 6th. (NBC Sports)

🏀 NBA: Beal Drops 53 in a Loss
Wizards’ guard Bradley Beal became the first player to drop 50-plus this season and lose. The Wizards were bested by the Bulls, but Beal scored a career-high 53 points on 15-for-27 shooting (56 percent) with five triples. (NBA)

⚾️ MLB: Spring Training’s First Pitch
Major League Baseball’s spring warm-up began this weekend, and we finally got back to baseball instead of Astros headlines. Click the link for a full rewind of early spring training highlights. (MLB.com)

⛳️ PGA: Reed Rallies to Win Mexico
Patrick Reed rallied to win the WGC-Mexico Sunday at Chapultapec thanks to four birdies on the back-nine. He finish with a final-round 67 and an 18-under tournament score to beat Bryson DeChambeau by one stroke. (PGA Tour)

🏈 XFL: The Battlehawks Are XFL’s Darlings
The St. Louis Battlehawks are now the lone unbeaten team in the XFL after three weeks (3-0), and Sunday’s home-opener featured the first-ever kickoff return TD in XFL history… On a reverse! (USA Today)

🏁 NASCAR: Joey Logano Wins Vegas
Joey Logano won the Pennzoil 400 in NASCAR’s second race of the season on Sunday. It was Logano’s second-straight victory in the Vegas race, and he won it by avoiding a trip to pit row in the final laps while his competitors made a tire change. (Sporting News)

Capitals Add Kovalchuk From Canadiens in Exchange for 3rd-Rounder
(SportsNet)