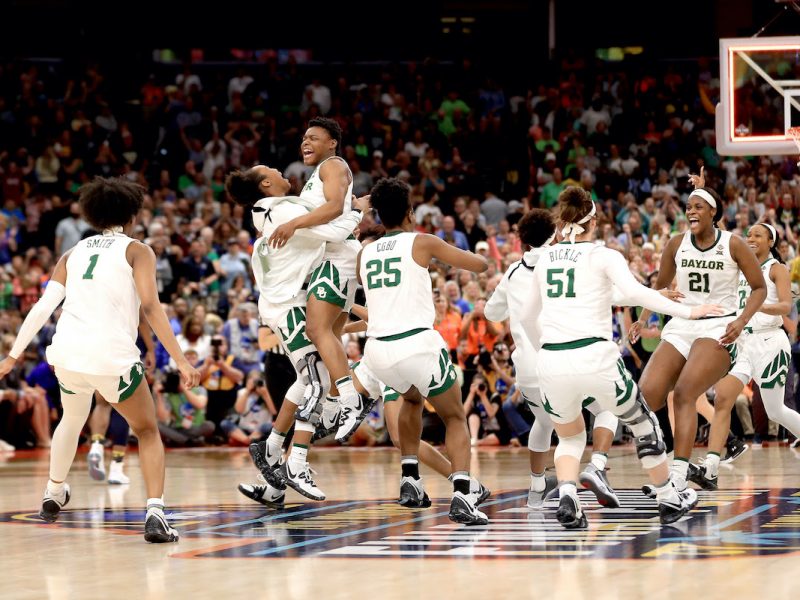 One day after the men’s tournament tipped off, the women’s bracket launches today with 16 games in the first round. We’ve got First Four highlights and a preview with everything you need to know for today’s action.

Yesterday, we previewed the men’s bracket before first-round games tipped off. Let’s do it again for the women’s game. Here are my picks for the Final Four, upset alerts and players to watch.

My Final Four Picks: The women’s tourney gets chalky when the bracket trims towards the Final Four. It’s often a collection and 1- and 2-seeds. In fact, 85 percent of all women’s Final Fours have featured multiple No. 1 seeds. With that in mind, give me #1 South Carolina, #1 Stanford, #2 Baylor and #2 UConn getting to Minneapolis with the Gamecocks over the Huskies in the final.

Players to Watch: If you haven’t paid much attention to the women’s game this season, here are the names you need to know: Aliyah Boston is the tournament darling for South Carolina — the No. 1 overall seed. She’s a double-double machine. NaLyssa Smith (#2 Baylor), Caitlin Clark (#2 Iowa) and Paige Bueckers (#2 UConn) are also top tickets. No. 2 Stanford has two stars in Cameron Brink and Haley Jones. And then there’s my personal favorite — Naz Hillmon (#3 Michigan). She had 15 double doubles this season, including a 30-15 game to open the season.

ESPN: The Top 25 Players to Watch in the Women’s NCAA Tournament