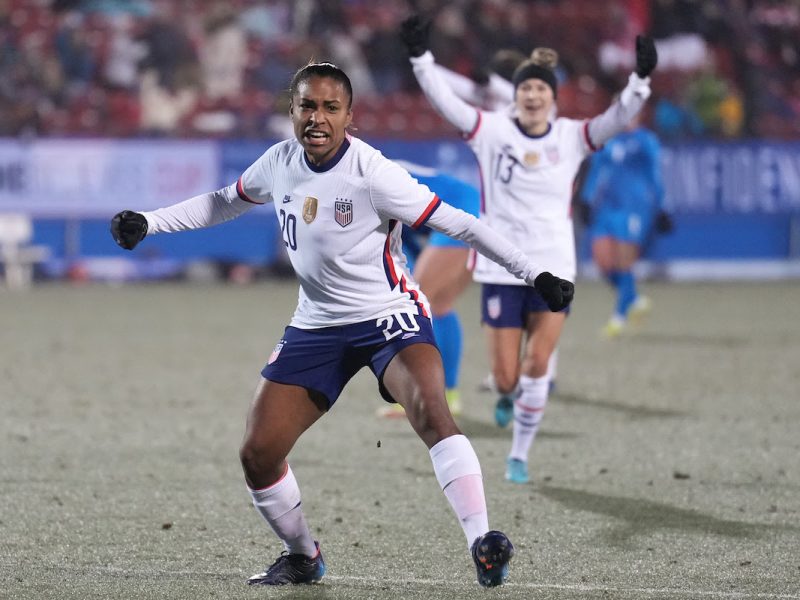 Add another piece of hardware to the USWNT’s trophy case! The women’s soccer juggernauts paced Iceland on Wednesday (5-0) to secure their fifth SheBelieves Cup crown in seven tournaments. The U.S. and Iceland both entered the final match with a shot at the trophy. Iceland needed only a draw to secure it with the U.S. boasting a win and a draw in their first two matches, but Wednesday’s deciding match was just that — decisive.

The U.S. punched two first-half goals, both off the foot of Catarina Macario (37’, 45’) before Mallory Pugh fired two more in the second half (60’, 75’). Kristie Mewis tacked on one for good measure in the late goings (88’) as the USWNT posted a no-doubter to round out the tournament. And with the USWNT already winning the landmark settlement for equal pay earlier this week, the backdrop for a trophy-winning night couldn’t have been sweeter.