Under Center: Youth vs. Wisdom

Winter days got you down? Here’s something to look forward to: Super Bowl LV, the Australian Open, March Madness and The Masters in the next 90 days. Chin up, team.

Scheduling Note: The Sportsletter is off on Monday for Martin Luther King Jr. Day. We’ll return to your inbox on Tuesday morning. 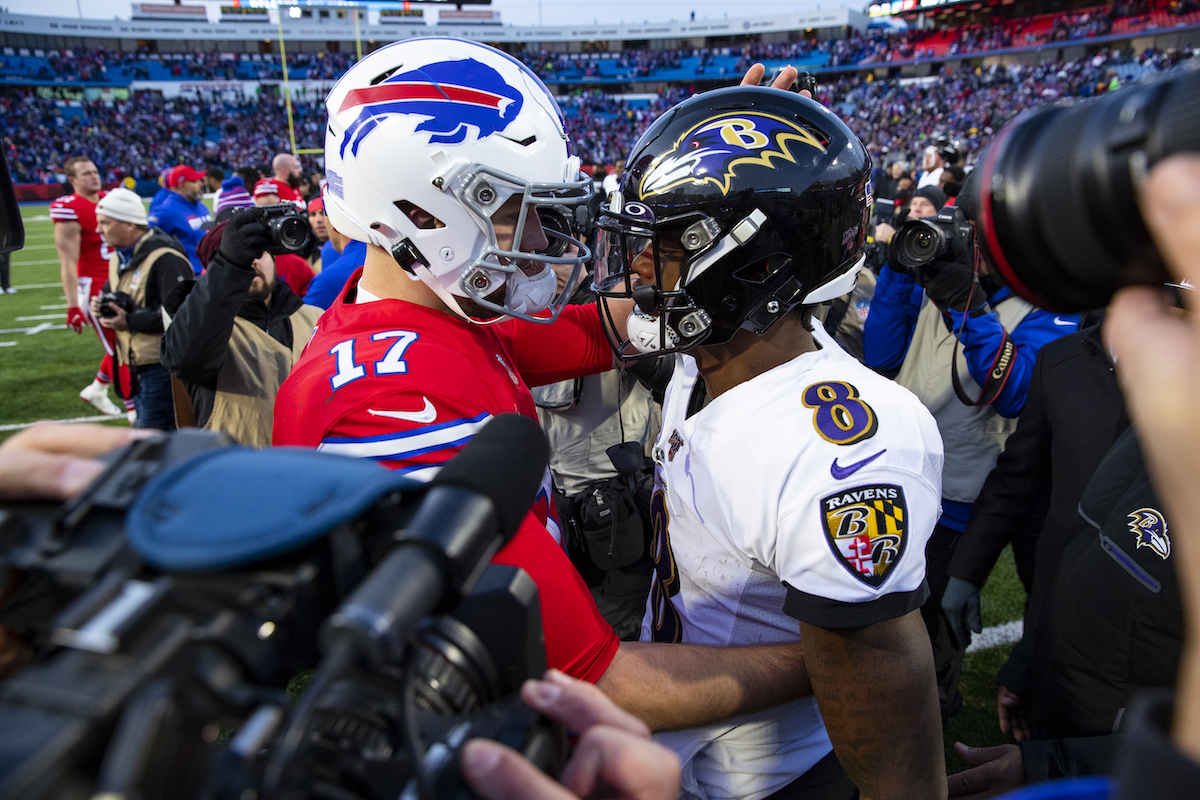 Eight teams remain in the NFL playoffs, but we’ll make it four by Sunday night. Two contrasting storylines are unfolding in each division with just three weeks until Super Bowl LV. The AFC Divisional Round features four dynamic young superstars at the quarterback position after Phillip Rivers (39) and Ben Roethlisberger (38) were sent packing. The NFC boasts three Hall of Famers who are defying age with Tom Brady (43), Drew Brees (41) and Aaron Rodgers (37). It’s youth on one side and wisdom on the other.

Rams at Packers (Sat. 4:35 pm ET, FOX)
Jared Goff gets the start for L.A. this weekend, but Aaron Rodgers is well-rested after the first-round bye. Unfortunately for the Rams, Green Bay in January and Rodgers with an MVP-caliber season gives the Pack the advantage. (Packers: -6.5)

Ravens at Bills (Sat. 8:15 pm ET, NBC)
The NFL’s top two rushing quarterbacks meet for the first time since December 8, 2019. That one went to Baltimore (24-17). It’s been the Josh Allen show all season in Buffalo, but Lamar Jackson has the Ravens hotter than anyone. They come in winners of six straight, but a snowy forecast on Lake Eerie favors the Bills. (Bills: -2.5)

Browns at Chiefs (Sun. 3:05 pm ET, CBS)
The Cleveland Cinderella story was a fun ride in 2020. The Browns made the playoffs for the first time in 18 years before winning for the first time in 26. The defending champion Chiefs are heavy favorites, but Patrick Mahomes and Baker Mayfield could combine for a historic shootout in Arrowhead Stadium. (Chiefs: -10)

Bucs at Saints (Sun. 6:40 pm ET, FOX)
If you watch one game this weekend, this is it. Tom Brady and Drew Brees go head-to-head for just the eighth time in their careers, and it could be the last. Brees’ teams have the best all-time record against Brady (5-2), but they’ve never met in the postseason. New Orleans gets the home-field nod from the oddsmakers. (Saints: -3)

The Coaching Carousel Spins On 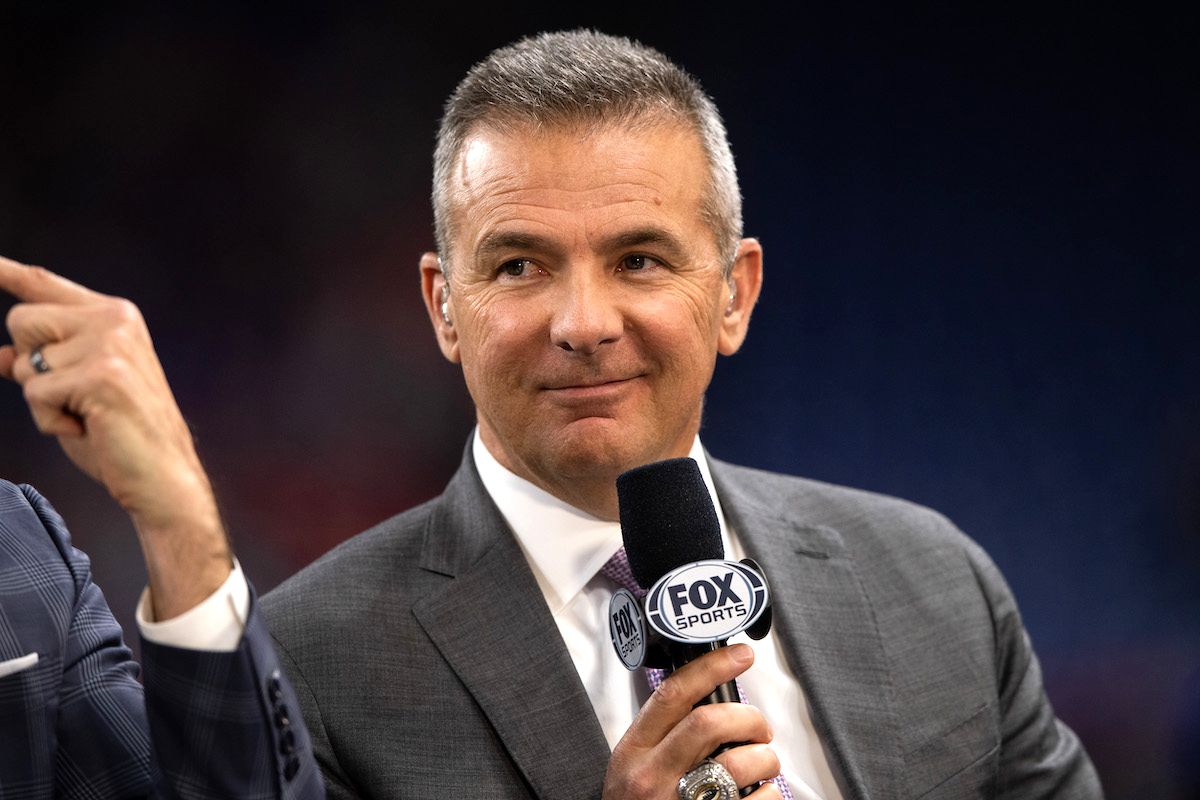 Two of the NFL’s seven head coaching vacancies were filled on Thursday night, and they’re two of the biggest names among the available candidates.

Jaguars: Urban Meyer
Just two years after stepping away from football, former Ohio State and Florida head coach Urban Meyer is taking over the Jacksonville Jaguars. Meyer compiled a record of 187-32 (.854) over 17 years in college football. He won three national championships, including two with Florida (2006 & 2008) and one with Ohio State (2014). The next big question is what Meyer’s staff will look like and what he’ll do with the No. 1 overall pick in this year’s draft.

Jets: Robert Saleh
Saleh joins Meyer in making his first stop as an NFL head coach. He’s been the defensive coordinator for the San Francisco 49ers for the past four seasons, and he’s highly regarded for his leadership ability on the defensive side of the ball. Saleh has been an NFL assistant for 15 years. And just like Meyer, he’ll will be picking at the top of this year’s NFL Draft — the No. 2 overall selection.

Additional Storylines
SI: Urban Meyer Knows What He’s Getting Into in Jacksonville
ESPN: Why Robert Saleh Will Be A Re-Pete (Carroll) for the Jets

No Harden? No Problem 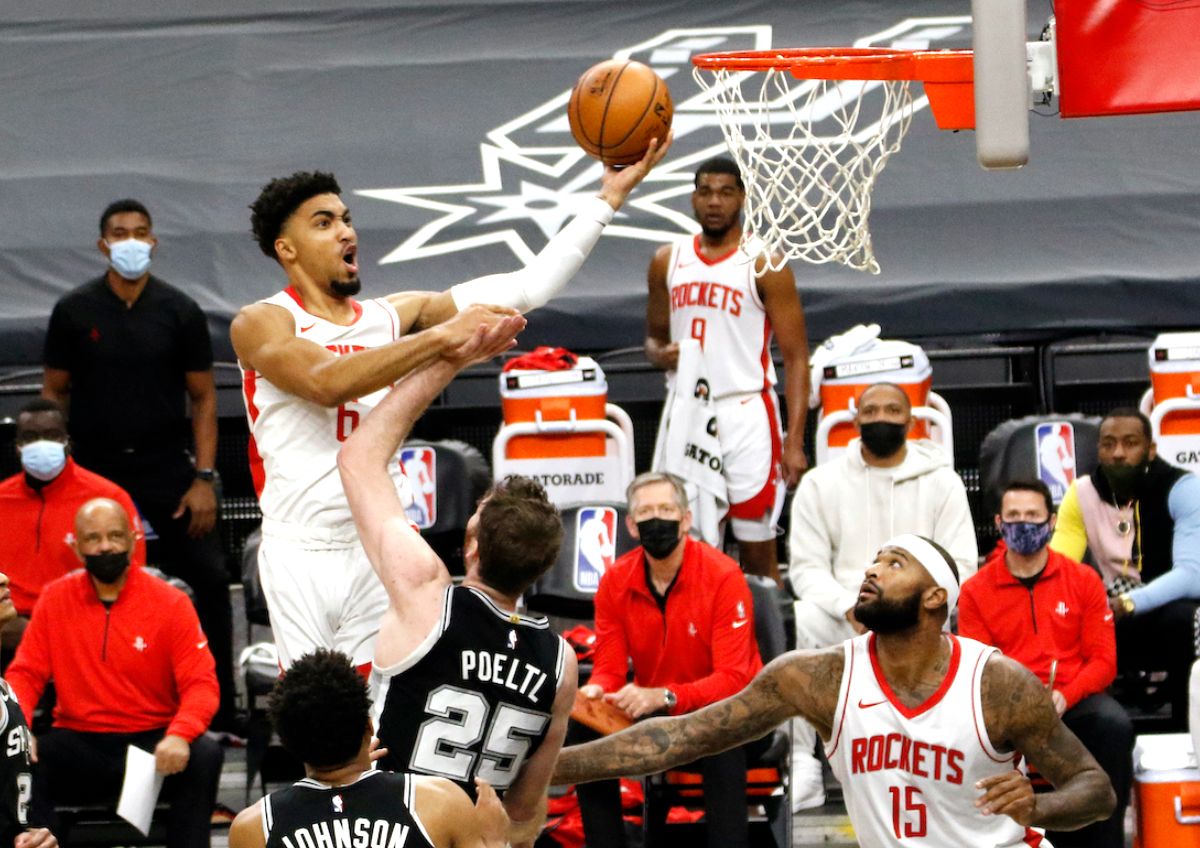 The Rockets were in the headlines for the last 48 hours, so we’ll give them credit to round out the week. Houston beat San Antonio (109-105) with only nine active players following Wednesday’s massive blockbuster trade involving James Harden. Christian Wood went for 27 points and 15 rebounds, and new-look Rockets might have something to prove going forward.

Shake Milton Shows Out: The 76ers finally had a full lineup for the first time in over a week on Thursday, and they got a win over the Heat (125-108) thanks to 31 points off the bench from Shake Milton.

The Kyrie Comeback: Nets general manager Sean Marks finally gave clarity on the Kyrie Irving situation, saying Irving is “excited about getting back on the court with his teammates as soon as possible.”

🏒 NHL: McDavid Nets Hat-Trick
Connor McDavid took Thursday’s best-on-ice award with a spicy hat-trick. The Oilers took down the Canucks (5-2), and McDavid’s hopes of an MVP season are off to a hot start.

⚽️ SOCCER: Real Madrid Ousted Again
Athletic Bilbao knocked Real Madrid out of the Spanish Supercup with a 2-1 win in the semi-finals on Thursday. The win ended an 11-match losing streak to Los Blancos. Raul Garcia scored both goals, and Bilbao will now face Barcelona in the finals on Sunday.

🏀 NCAAW: LSU Stuns Texas A&M
The LSU women’s basketball handed 7th-ranked Texas A&M a shocking upset in overtime Thursday night (65-61). It’s the first loss of the season for A&M, and it came at the hands of a team with a 4-6 record.

🏀 James Harden Goes Full Heel
His style of play has long been polarizing, but the Beard had always been respected and—in Houston, at least—beloved. But when he showed up out of shape, torched his teammates and ultimately forced his way out of town, that all changed. (Sports Illustrated)

😷 Sports Have Survived the Pandemic
They’ve also highlighted it. Late on the night of Monday, Jan. 11, the college football season ended with Alabama winning another national championship game; a game that took place 10 months to the day after Rudy Gobert of the Utah Jazz tested positive for COVID-19. (NBC Sports)

It’s another big weekend ahead as the NFL narrows the field to four. We’re off on Monday (MLK Day), but we’ll see you Tuesday morning to recap all the action. Stay safe!