The Return of Real Madness 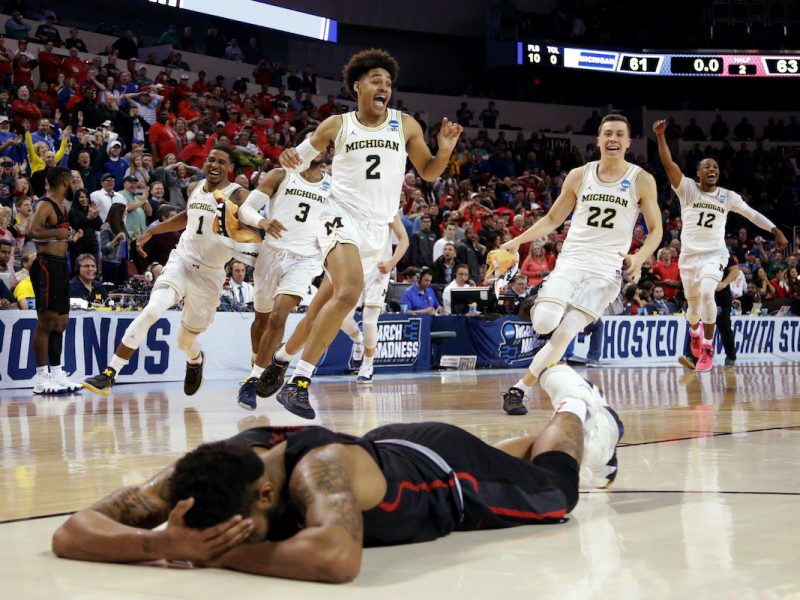 After an exciting week of Conference Championships, we now have a definitive list of who is dancing, and who isn’t. From there, millions of us will make our brackets with friends, family, and co-workers (be sure to join The Sportsletter’s Bracket Challenge), and we’ll be glued to the TV for the coming weeks as college basketball takes over the sports world. Brackets will be busted, crowds will erupt in cheer or dismay, and legacies will be cemented as the greatest tournament in sports unfolds.

While this seems like a right of passage, the 2020 and 2021 seasons showed us life without a typical tournament, and it’s not something I ever want to experience again. Here’s an overview of all that’s happened since the last March Madness three years ago.

Just as college basketball was beginning its most exciting stretch of the year, things began to fall off the rails. On March 10th, the first domino fell, as the Ivy League announced that they were canceling their men’s and women’s conference tournaments due to Coronavirus concerns. A truly unprecedented decision that came as a shock to many at the time, as the full scope of how impactful COVID-19 would be was not realized at the time.

It was the first time since its inception in 1939 that the tournament was not held, and left a cloud of uncertainty about when we’d ever be able to watch college hoops again.

2021: The Season of Cardboard Cutouts

In 2021, we got a complete college basketball season… sort of. Virus protocols led to postponements and cancellations left and right all year, which resulted in very strange results for some teams (ie: Duke and Kentucky missing the tournament). While it wasn’t ideal, it sure was nice to have the season end with the tournament instead of the cliffhanger from the year prior. Despite that, there’s no denying that things were just off.

The arenas were hollow as a maximum of 25% of fans were permitted in arenas throughout the tournament, and had to be physically distanced from one another as well. Through the eyes of the broadcast, there wasn’t a single fan in sight, as the closest rows were pushed back away from the court and the faint cheers of a small group of fans really took away from the hectic atmosphere we’ve all come to know and love.

A perfect example of this came in the UCLA Vs. Gonzaga Final Four matchup. It was one of the greatest Final Four games in tournament history, and the overtime classic was capped off with an iconic Jalen Suggs buzzer beater from the logo to keep the ‘Zags’ undefeated season alive. Normally, a game ending like this would blow the roof off of any building. But since there were more cardboard cutouts than fans in Lucas Oil Stadium, an arena that holds up to 70,000, the reception was faint in comparison to what it deserved.

2022: The Tournament We Finally Deserve

Fast forward to today, and we’re finally on the verge of some full-scale, proper madness for the first time since 2019. Late December-early January saw a COVID surge that temporarily led to games being held without fans that gave us horror flashbacks to the year prior, but things have calmed down and are back on track. I for one couldn’t be happier too, because there are so many incredible stories that need to be finished.

Is Coach K’s last dance going to end with him cutting down the net in celebration of a sixth national championship? Will Gonzaga be able to avenge last year’s disappointment with their first title? Does Baylor have what it takes to be the first school to go back-to-back since the Florida Gators in 2006-7? No matter what happens over the course of these next few weeks, let’s be sure to enjoy the return of real madness, because it is long overdue.