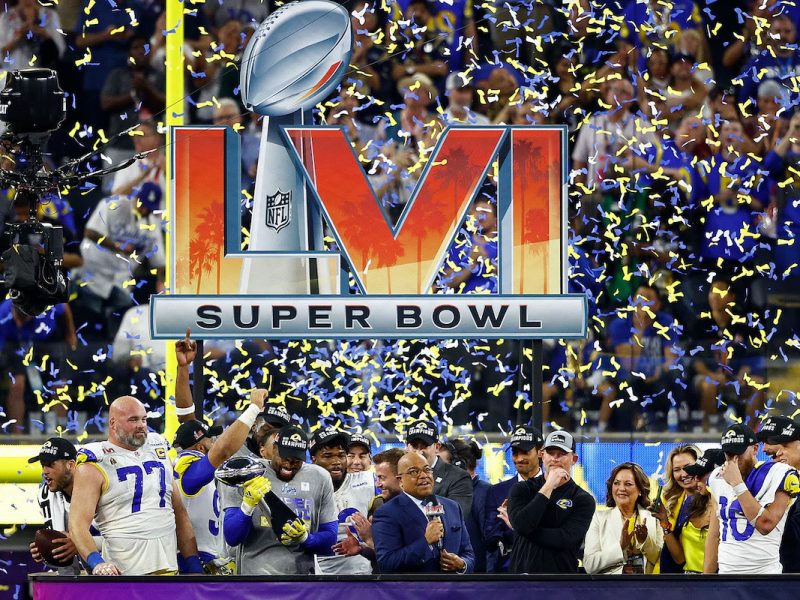 An ending fit for Hollywood! And the script couldn’t have been any sweeter. The Los Angeles Rams are the champions of Super Bowl LVI after Sunday’s thrilling finale to the NFL season came down to the wire. It’s the franchise’s first Super Bowl title since 1999 when the team was located in St. Louis. It’s also the first Lombardi Trophy for the city of L.A. since the Raiders won it in 1984.

How Super Bowl LVI Was Won

The Rams struck first and amassed a 13-3 advantage in the second quarter before the Bengals took control of the game. Cincinnati quarterback Joe Burrow found Tee Higgins for a touchdown just before halftime, and Cincinnati came out firing to open the second half. On the first play of the third quarter, Burrow hit Higgins again for a 75-yard touchdown with a controversial missed penalty for offensive pass interference. A quick interception and a field goal put the Bengals up 20-13 and looking for the knockout punch. It never came… 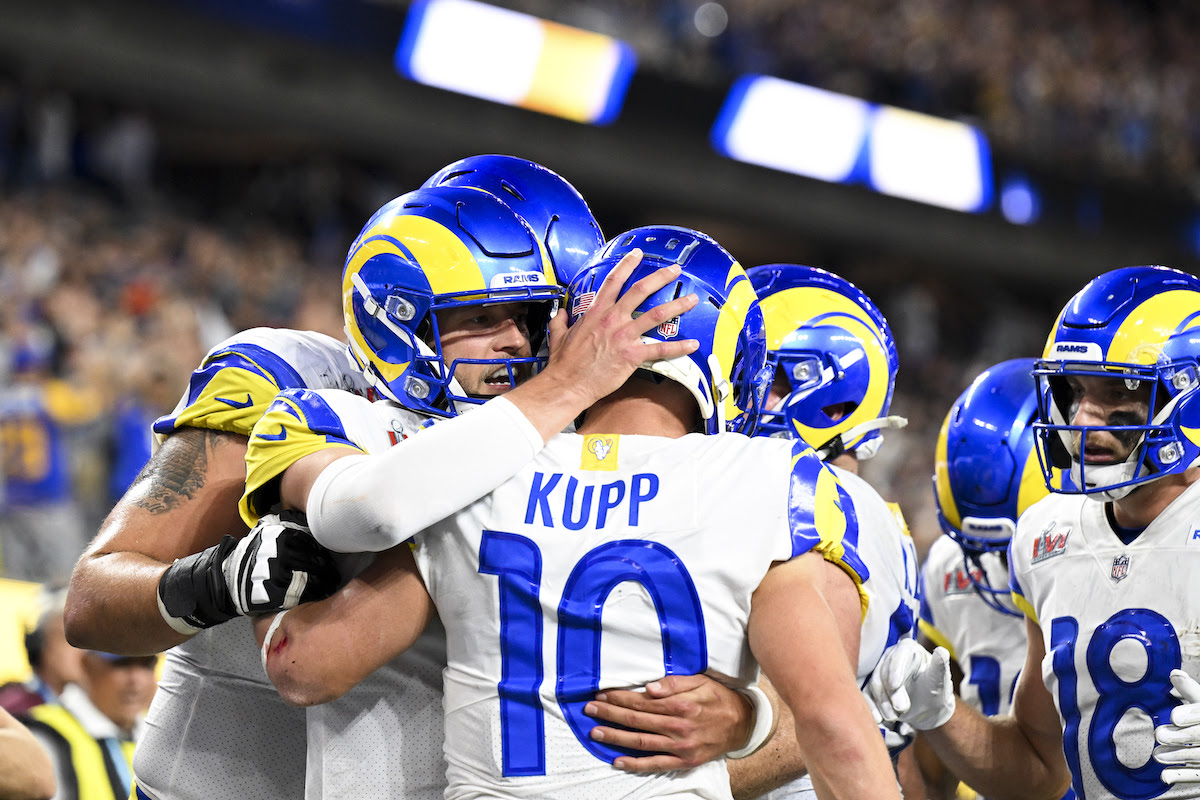 After a Rams’ field goal closed the gap to 20-16, Matthew Stafford engineered a 15-play, 79-yard drive in the final six minutes and change. It ended with Stafford finding WR Cooper Kupp in the end zone for the would-be game-winner with 1:25 left to play.

Kupp’s big catch was his second trip to paydirt in Super Bowl LVI. He finished the game with eight receptions for 92 yards and 2 touchdowns en route to winning Super Bowl MVP. He’s just the eighth wide receiver to win the award.

Fun Fact: Cooper Kupp won offensive player of the year, the receiving triple crown (receptions, yards and touchdowns) and a Super Bowl MVP all in one season. The only other receiver to accomplish those feats in an entire career was Jerry Rice. 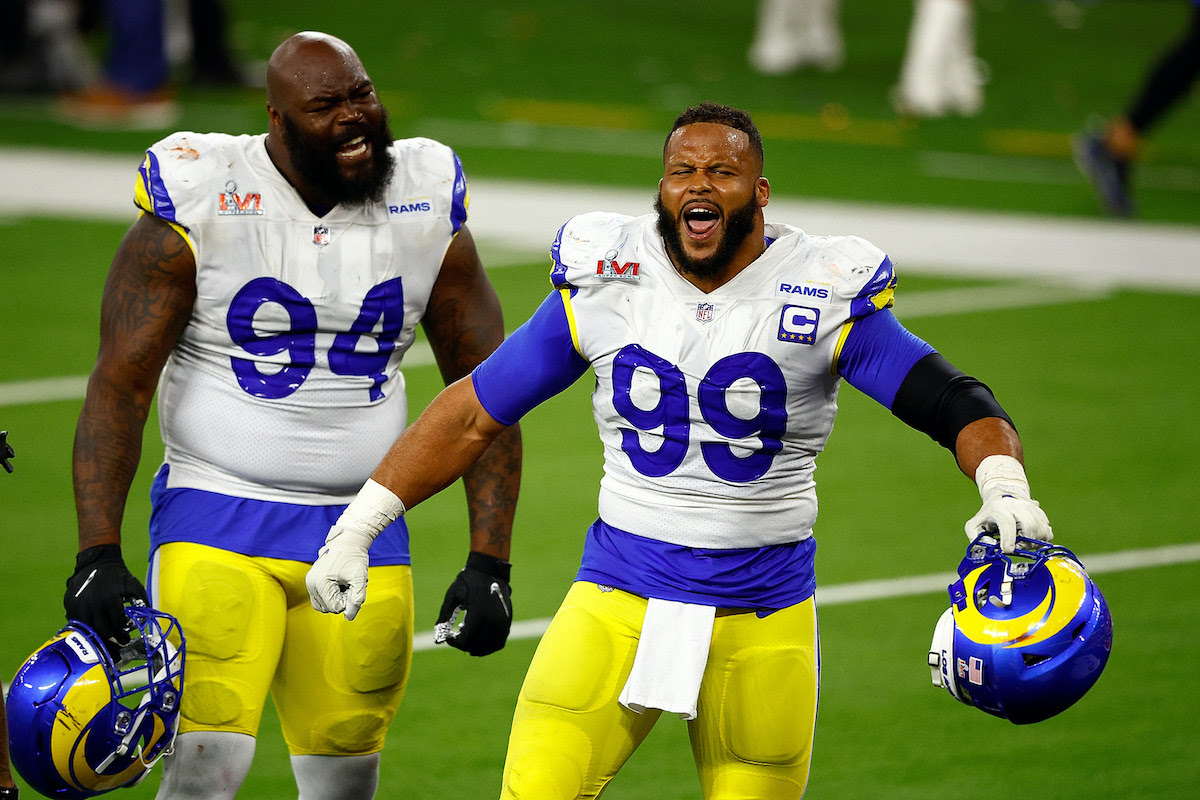 Aaron Donald Seals It With A Ring

Trailing 23-20, the Bengals got the ball back with hopes an overtime-forcing field goal. Burrow and company marched to midfield before a fourth-down pass rush by Aaron Donald forced the game-sealing incompletion. Donald, arguably one of the greatest defensive lineman in NFL history, pointed to his ring finger to start the celebration. Ball game, Rams.

Head coach Sean McVay and his star quarterback stand at the top of the NFL after just one season together. McVay had taken the Rams to the Super Bowl before, but trading QB Jared Goff to Detroit for Stafford in the offseason proved to be the missing piece. Stafford spent 11 seasons with the Lions and never won a playoff game. One season in L.A.? One Lombardi Trophy.