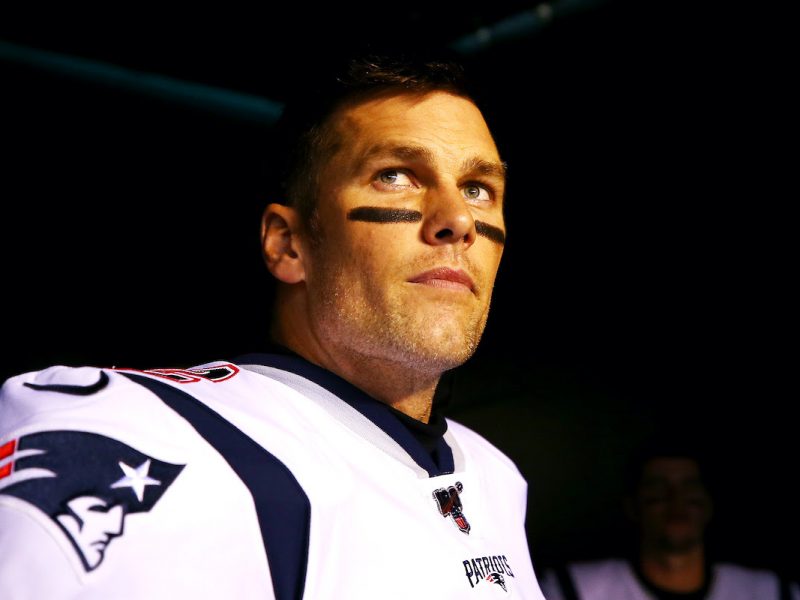 Alongside icons like Tiger Woods, LeBron James and Serena Williams, Brady sits on the Mount Rushmore of those household names who ruled American sports in the 21st century. The difference? Brady came out of nowhere.

Tiger was a child prodigy. James, a high school phenom and No. 1 overall pick. Williams won her first grand slam at 18 years old. Then, there’s Brady.

The scrawny quarterback from San Mateo, California traveled to Michigan where he became a two-year starter in his junior and senior seasons. He led the Wolverines to a 20-5 record (not bad), then entered the pros as the 199th pick in the 2000 NFL Draft. He was the seventh quarterback taken, and the New England Patriots had no idea what they were getting…

Brady was drafted to be the backup for quarterback Drew Bledsoe, but one hit changed the course of NFL history. Bledsoe suffered a concussion after a shot from Jets linebacker Mo Lewis in 2001. In stepped Brady, going 5-for-10 for 46 yards. The beginning…

Bledsoe had recently signed a 10-year, $103 million contract extension that was the largest in NFL history at the time. But Brady took over and led New England to Super Bowl glory. That was Ring No. 1 of seven, and the end of the Bledsoe era.

Head coach Bill Belichick and his young quarterback won two more Super Bowls in the next three years, cementing the Pats as the NFL’s undisputed dynasty. But after a decade of failing to capture their fourth ring, Brady and Bill caught a second wind. They won three more Lombardi trophies in 2015, 2017 and 2019. Six championships over 18 years — one of every three Super Bowls was claimed by the Patriots.

A scenery change to Tampa Bay paved the way for Ring No. 7, and proof that Brady was still immortal. Even after the Bucs failed to reach the promised land this season, Brady — at 44 years old — still led the league in yards (5,316) and touchdowns (43).

Tom Brady’s Career (By the Numbers)

“I have always believed the sport of football is an ‘all-in’ proposition—if a 100% competitive commitment isn’t there, you won’t succeed, and success is what I love so much about our game. There is a physical, mental, and emotional challenge EVERY single day that has allowed me to maximize my highest potential. And I have tried my very best these past 22 years. There are no shortcuts to success on the field or in life…

“This is difficult for me to write, but here it goes: I am not going to make that competitive commitment anymore. I have loved my NFL career, and now it is time to focus my time and energy on other things that require my attention.”

Many young sports fans can’t recall a time when Tom Brady didn’t reside atop the NFL. He’s one of one. And one of four on the Mount Rushmore of 21st century American sports heroes. And the truest underdog among them.

His records, endless. His trophies, abundant. His legacy, untouchable.