Show Me the Madness 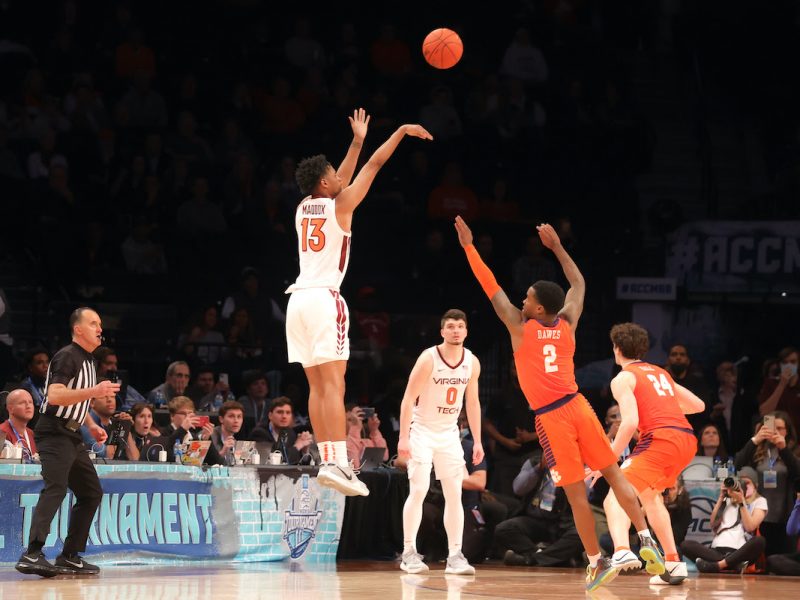 Madness comes in threes! Not one, not two, but three game-winning buzzer-beaters stormed the courts on Wednesday. We also added another team to the bracket, and Champ Week is a full go.

Virginia Tech beat Clemson (76-75, OT) on Darius Maddox’s buzzer-beater 3. That shot kept the Hokies’ tournament hopes alive, but they’re still on the outside of the bubble looking in. In the Pac-12, Stanford beat Arizona State (71-70) with a banked buzzer-beater from James Keefe. Still not entertained? We go to the MEAC where Nendah Tarke called game to lift Coppin State over Howard (59-57). That’s three game-winners in one night, and the madness is in full effect.

The 12th bid to the big dance goes to Colgate. The Red Raiders were the only team to punch their ticket on Wednesday after throttling Navy (74-58) for the Patriot League Championship. They joined 11 teams already in the field (see yesterday’s edition).