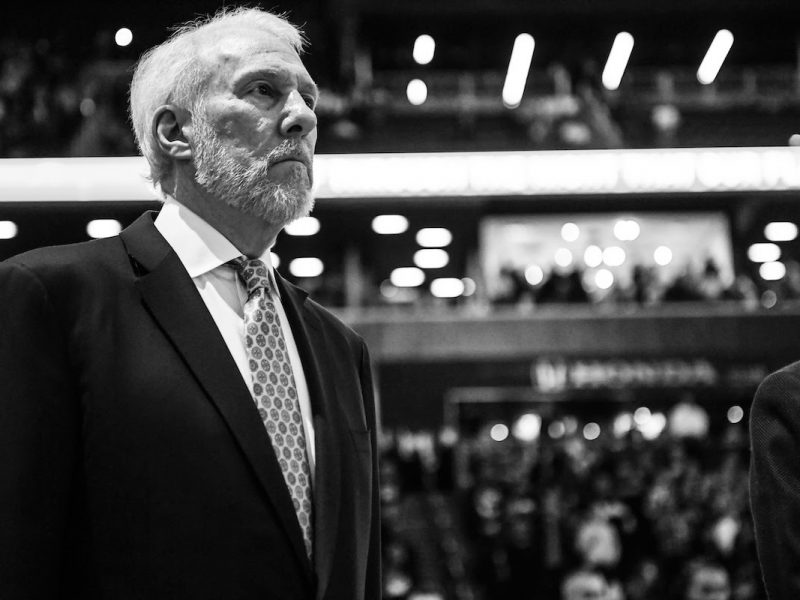 The Spurs overcame a 15-point deficit on Friday to take down the Jazz (104-102) and send Gregg Popovich to the top of the NBA’s wins list. Popovich’s 1,335th victory passed Don Nelson’s mark for the most regular-season wins in NBA history, and he already owns the all-time wins record including playoffs (1,526). He also became the first coach in league history to lead the same team for 2,000-or-more games earlier this season. The milestone win came at home in front of the Spurs faithful at the AT&T Center. A touching postgame moment from his players brought the 73-year-old coaching legend to an emotional realization — Pop is on top.

LeBron’s 50-Piece: LeBron James did it again on Friday. The King dropped 50 points for the second time in three games to make history as the only player over 35 with multiple 50-point performances. The Lakers beat the Wizards (122-109).

KD Goes for 53: The battle of New York went the way of the Nets on Sunday with Brooklyn taking down the Knicks (110-107) behind Kevin Durant’s 53-point outburst. He also had nine assists and six boards in the Nets’ third straight win.