Piazza at the Plate 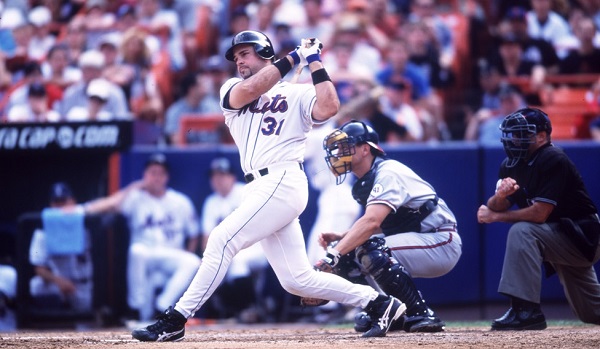 When the World Trade Center was attacked on September 11, 2001, the world stopped. The days that followed were critical. In New York City, and throughout the nation, there were questions, fear, and pain. This is a story – one of many – about the healing power of sports.

On Wednesday morning, September 12, 2001, New York Jets quarterback Vinny Testaverde made an announcement in front of the team. As a native New Yorker, he wasn’t going to play football that week.

One by one, the Jets joined him and started a movement across the league – a hiatus from sports to remember, reflect, and heal. By Thursday morning, NFL commissioner Paul Tagliabue canceled that week’s games.

MLB Commissioner Bud Selig had already canceled games on Tuesday and Wednesday, but the movement sparked by Testaverde spread beyond football. Selig followed suit and canceled a week’s worth of baseball across the league.

When sports returned, we tried to return as well. We attempted to reclaim a world where we were free to watch, cheer, yell, and celebrate – a world in which families, friends, and fans could find a reason to come together and feel like themselves again. For days, it felt as if that world was gone.

Behold, the power of sports.

When baseball and football schedules resumed the following weekend, there was one New York team playing at home. The Giants traveled to Oakland. The Jets were in Foxborough. The Yankees had a six-game road trip to Chicago and Baltimore.

On Friday, September 21, just ten days later, the New York Mets returned to Shea Stadium. They were hosting the Braves for a crucial matchup in a tight divisional race, but this game was larger than baseball.

“It wasn’t a competition against our most hated rivals. It was so much bigger than anything I had ever been part of before.” – Mets Manager, Bobby Valentine

The sold-out crowd included hundreds of New York firefighters and police officers welcomed by one of the most emotional moments in sports history; a national anthem played by bagpipes, a chorus echoing louder than fear, and a first-pitch that reminded us baseball, and sport, is pure freedom.

Trailing 2-1 in the bottom of the eighth inning with one out, Mets’ 2B Edgardo Alfonzo hit a base knock. Desi Relaford stepped in as a pinch-runner. Then, Mike Piazza stepped to the plate…

After a ten-day nightmare of heartache and despair, the city awoke to the crack of Piazza’s bat and a towering two-run home run over the center-field wall. Shea Stadium erupted like few stadiums ever have. It was the first home run since the attacks, and it was inevitably the game-winner.