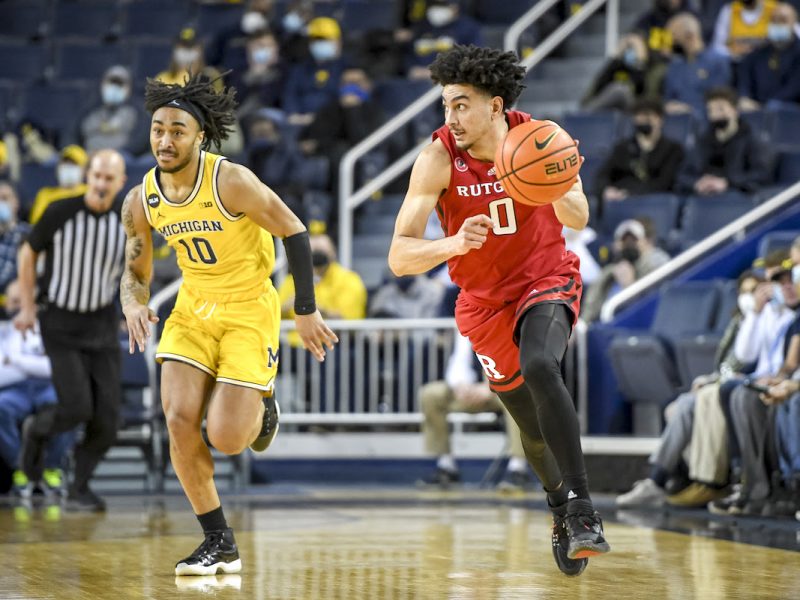 NCAA Tournament Bubble Watch: Every Win Matters for These Teams

As the calendar escalates into March and conference tournaments get underway, the bubble is bursting for teams across the nation. We all know that 68 teams make the field on Selection Sunday (Mar. 13), but roughly 80 teams have hopes of an NCAA tourney trip. That number grows when you factor in the conference champs who could steal bids in the next week. And while I can’t predict which mid-major team with a below .500 record will swipe a spot in the tournament, I can make predictions on the teams we see as “bubble bound.” Let’s dive in.

Teams 1-60 in the field of 68 can be determined by the 32 automatic bids (conference champions) and roughly 28 at-large bids for the squads ranked in or near the top-50 who don’t cut down the nets in the next week. I’ll call that 60 of the field’s 68 squads “in” by obvious resume examinations or a conference title. If you’re a fan of a power-5 team, chances are you know where your team stands. Then…

You can find different takes at this point across the sports stratosphere, but I have four bubble teams firmly in the field with one week to play, regardless of how they perform in their respective tournaments; two from the Big Ten and two from the ACC. These four teams have earned it with consistency and some quality wins: Rutgers, Wake Forest, North Carolina and Michigan.

Things get dicey as we approach the cut line. I’ve seen bubble-watchers who like mid-major darlings like San Diego State and Loyola Chicago, but only two mid-major bubble clubs have won me over: San Francisco and SMU. To round it out, I like the power-tested programs with some big wins like Indiana and Oregon.

Next up, I see four teams who could definitely squeeze into the field with any sort of success in their conference tournaments, but these are the first four on the outside looking in. This is where I’m placing those mid-major darlings from San Diego State and Loyola Chicago, plus Memphis and Florida. I like the Gators to potentially jump over SMU and into the field with a strong run in the SEC tournament.

This is where the bubble ends, but there are still other teams who could make major moves in the next week. These are my four teams in need of a deep run and some help in order to go dancing: BYU, Virginia Tech, Dayton and Belmont.

The bubble is fluent, and things can change in a hurry. We’re ten days from Selection Sunday, and I think I speak for all of us when I say: “bring on brackets!”

ESPN: Predictions for All 32 Conference Tournaments

Draft Kings: Bracketology 2022: Who’s In, Who’s Out After Weekend of Upsets

The Athletic: Bubble Watch: Rejoice in the Streets People, Because You Know What Month It Is