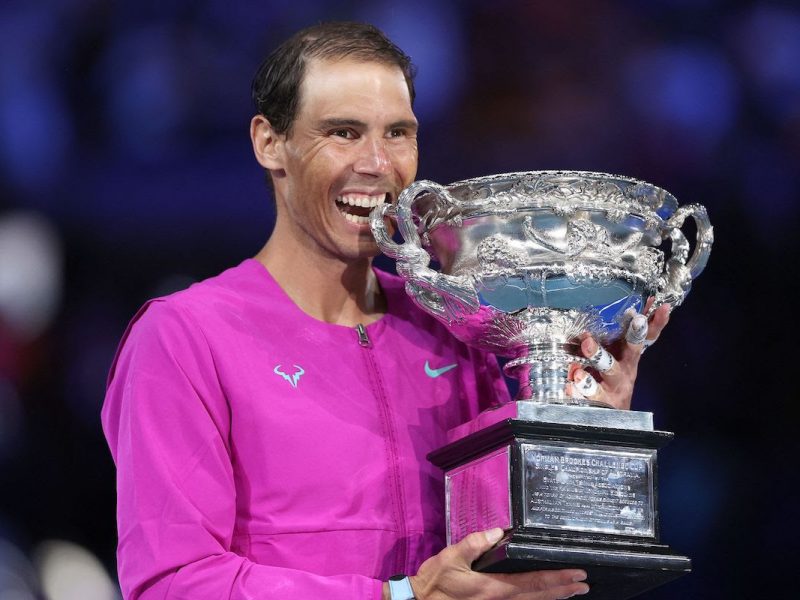 Things looked bleak for Rafael Nadal in the opening two sets of the Australian Open final against Daniil Medvedev on Sunday morning, but the record-setting 21st slam was just getting a proper setup. Nadal rallied from two sets down to stun Medvedev in a five-set thriller. The Aussie Open victory brought Nadal his 21st major title, breaking the tie with Novak Djokovic (20) and Roger Federer (20) for the most all-time in men’s tennis.

The Final: Medvedev delivered 23 aces to Nadal’s 3 in what appeared to be a runaway for the Russian, but Nadal gained his composure and buried Medvedev early in sets 3 and 4. The fifth and final set went back and forth until Rafa stretched the lead and collapsed in jubilation.

“It has been one of the most emotional matches in my tennis career and to share the court with [Medvedev] was an honor. I don’t even know what to say, guys, for me it’s just amazing.” — Rafael Nadal