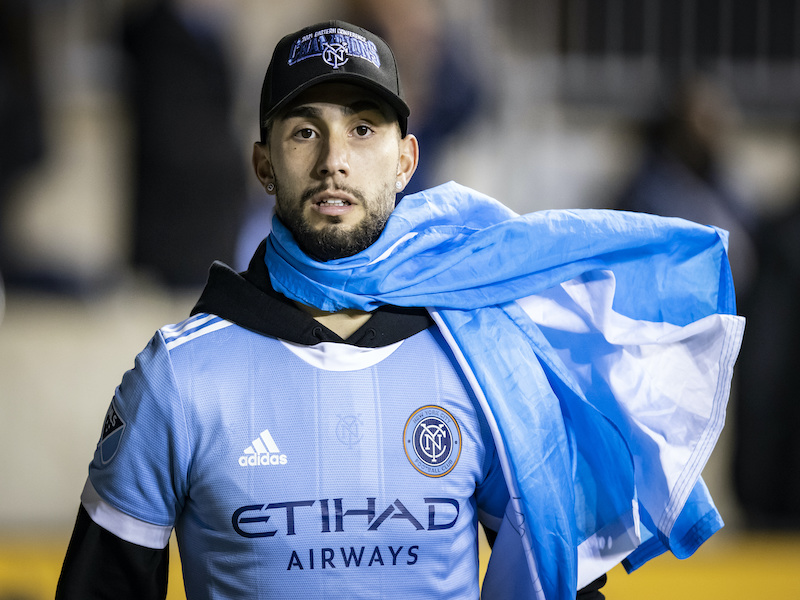 The 27th MLS season is set to begin this weekend, headlined by New York City FC as they look to become the first back-to-back champs since the LA Galaxy back in 2011-12. Despite being defending champs, there is still plenty of uncertainty surrounding this club, none bigger than the status of 2021 Golden Boot winner Taty Castellanos.

After a stellar 2021 season and strong performance in the playoffs, Manchester City manager Pep Guardiola stated that the 23-year old Castellanos was ready to play in Europe, which resulted in many clubs calling. NYCFC has rejected $10 and $12 million offers from clubs in Argentina and Brazil, but are willing to part ways with their young star for a price tag of $15 million. It’s only a matter of time before someone makes FC an offer in the price range they’re looking for. The question is, when will it happen?

The MLS has seen great growth in popularity in recent years, which can be seen by their consistent expansion of clubs. The league has added a new club for six consecutive years now, as Charlotte FC is the newest club to join the MLS this season. It looks like Charlotte is going to enter the league with a bang, as they are expected to break the league’s attendance record of nearly 75,000 for their first home game on March 5th against the LA Galaxy.