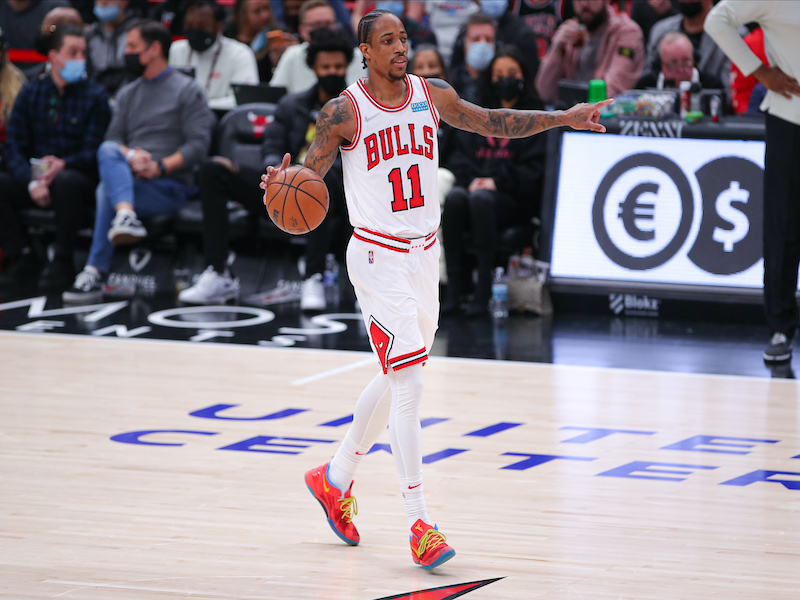 DeMar Derozan Shines Again in the Clutch, Hits Another Game-Winner

DeMar DeRozan’s historic season continued again last night, scoring 37 points while hitting a go-ahead mid-range jumper with 15.1 seconds left to lift Chicago to victory against the Hawks. This was his 8th consecutive game with 35+ points and 50% shooting, extending his record-breaking streak. The victory also moved the Bulls into the #1 seed in the Eastern Conference again despite dealing with injuries from Lonzo Ball and Alex Caruso.

Making the Case for MVP

This season, DeRozan is currently averaging 28.1 Points, 5.2 rebounds, and 5.1 assists a night on great efficiency (51%FG). Despite that, he’s currently ranked just 9th on the NBA.com MVP ladder, but is surely moving up thanks to his play during the last few weeks. While it’s still an uphill battle, if the Bulls can finish with the top seed in the extremely competitive Eastern Conference and he continues to score the ball at an elite level, the mid-range maestro will have quite a compelling argument for MVP.

Boston Stays Hot: The Celtics have now won 10 out of 11 after their 129-106 victory over the Brooklyn Nets, led by Jayson Tatum who dropped 30 points, 7 rebounds, and 4 assists to lead the way for Boston.

D’Angelo Russell Explodes in the Fourth: The Timberwolves picked up a big 119-114 victory over the Grizzlies thanks to D’Angelo Russell, who scored 23 of his 37 points in the 4th quarter.