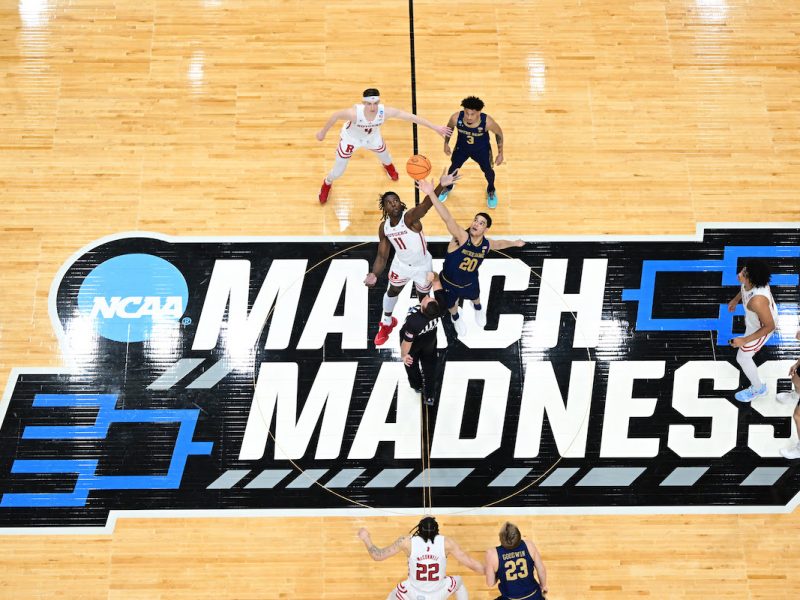 The madness can’t be contained. Notre Dame and Rutgers needed double overtime to find a winner in an NCAA Tournament barn-burner. The game went past midnight to find a winner before the Irish — just minutes into St. Patrick’s Day — got the last laugh. After countless game-tying moments (18 lead changes in all), Paul Atkinson Jr. (26 points) corralled a rebound for Notre Dame and delivered the game-winning put-back. The luck of the Irish! Earlier in the 16-seed matchup, Wright State won its first NCAA Tournament game behind 37 points from Tanner Holden. The women’s action saw #11 Dayton blow out #11 DePaul while #16 Howard advanced.

Let’s recap Wednesday’s First Four (men’s and women’s) before turning the page to the First Round.

The time has come. No more COVID-19 cancelations or empty arenas. It’s the real deal, and it starts now. Today’s schedule features three 1-seeds, a trio of 8-9 matchups and another triple dose of the always-popular 5-12 battles.

What I’m Watching: To be clear, the answer is everything. But if I’m getting specific, I like the spicy matchup between 9-seed Marquette and 8-seed North Carolina. The 5-12 game between Indiana and St. Mary’s has plenty of intrigue. San Francisco and Murray State (7-10) gives me mid-major vibes where everyone’s a winner. And Richmond vs. Iowa (5-12) could be points, points and more points.

Upset Alert: Don’t sleep on 11-seed Michigan and 13-seed Vermont. Michigan can compete with anyone, and the Catamounts are giant-killers.

Players to Watch: There are plenty, but I have four notable ones worth the watch if you haven’t seen them on the national stage. Oscar Tshiebwe (Kentucky), Chet Holmgren (Gonzaga) and Keegan Murray (Iowa) are stars you may know, but you might not know of Colorado State’s David Roddy. He’s must-see TV, and he’ll tip things off with the first game of the day.

NCAA: Juicy Plotlines to Keep an Eye On