Dodgers Return to the NLCS 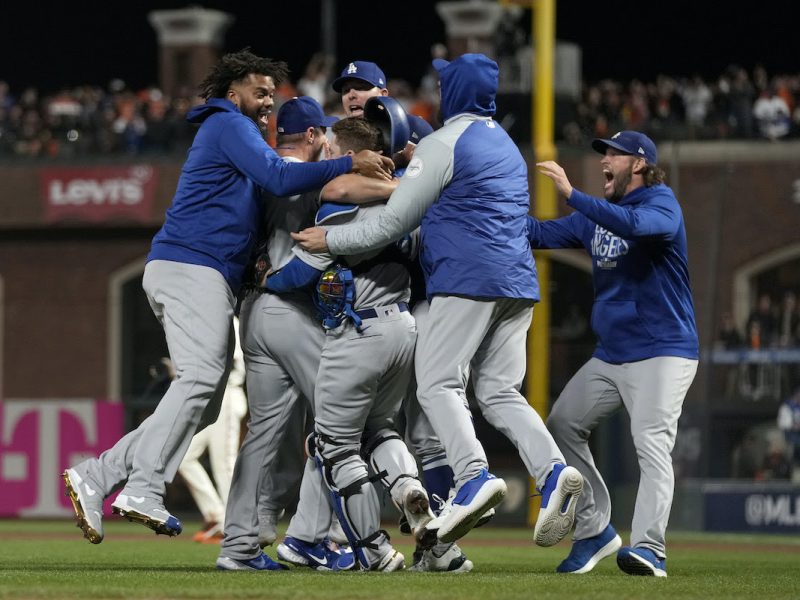 Betts, Bellinger & Scherzer Save Dodgers in Game 5 Win Over Giants (2-1)

The two best teams in baseball needed Game 5 to decide a winner in the NLDS, and it wasn’t void of 9th-inning drama. The Dodgers advanced with a 2-1 win over the Giants thanks to Mookie Betts’ 4-for-4 night, Cody Bellinger’s RBI single in the 9th inning, and Max Scherzer’s first career save. The final strike was a controversial check swing, but it was the team in Blue popping champagne on the road in San Francisco. Here’s how the drama played out:

Both teams scored their only runs in the 6th inning before entering the final frame. That’s when Cody Bellinger punched a line-drive, RBI single to plate Justin Turner for the go-ahead run. It ended up being Bellinger’s third career go-ahead hit in a winner-take-all playoff game. In the bottom of the 9th, Max Scherzer took the mound and struck out the final two batters to record his first career save. San Francisco’s Wilmer Flores was called for his third strike on a check swing that, upon review, shouldn’t have been called. Too little, too late. The Dodgers are moving on.

Dodgers head to the NLCS for the sixth time in the last nine seasons. They’ll face the Braves for the NL pennant this weekend.