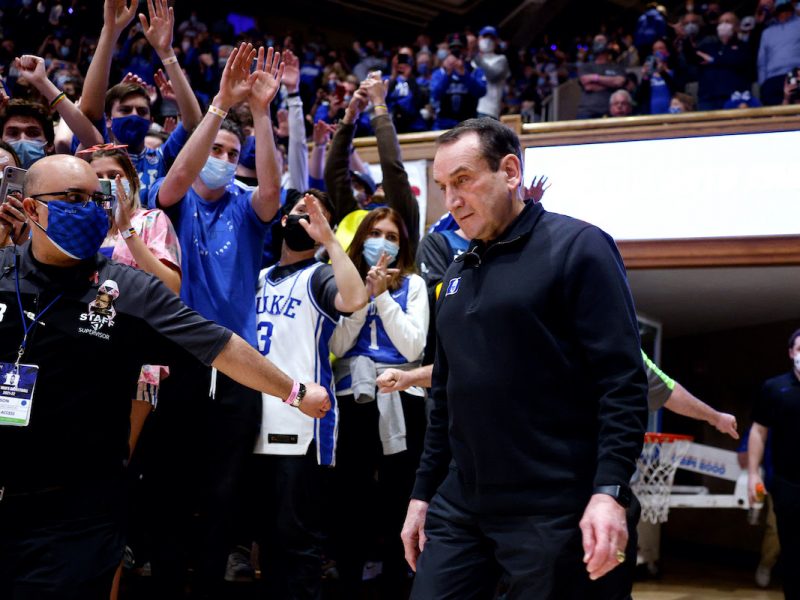 One last time at Cameron Indoor… When Duke head coach Mike Krzyzewski takes the court on Saturday against North Carolina, it’ll be his final home game. Arguably the greatest college basketball coach of all time, and undoubtedly the greatest of a generation, will hang it up following the season. As we enter Coach K’s last March, his Blue Devils are currently ranked 4th in the nation, and a sixth title is within reach.

The Finale: Saturday’s final home game welcomes (who else?) North Carolina in the Tobacco Road rivalry, and the emotional sendoff is sure to be a spectacle. ESPN is planning a megacast unlike any regular-season college basketball game has ever seen. The average ticket price for Saturday’s game is $5,307 — that’s more than the average Super Bowl LVI ticket.

The Legacy of Coach K

After 46 seasons, including 42 at Duke, Coach K is about to hang it up with more Division I wins (1,170) than any coach in history. He also boasts 12 Final Fours — tied for the most all-time with John Wooden — and his five national championships is second only to Wooden’s 10.

It’s the end of an era at Cameron, but Coach K’s Blue Devils are just heating up in what’s sure to be a special March swan song.