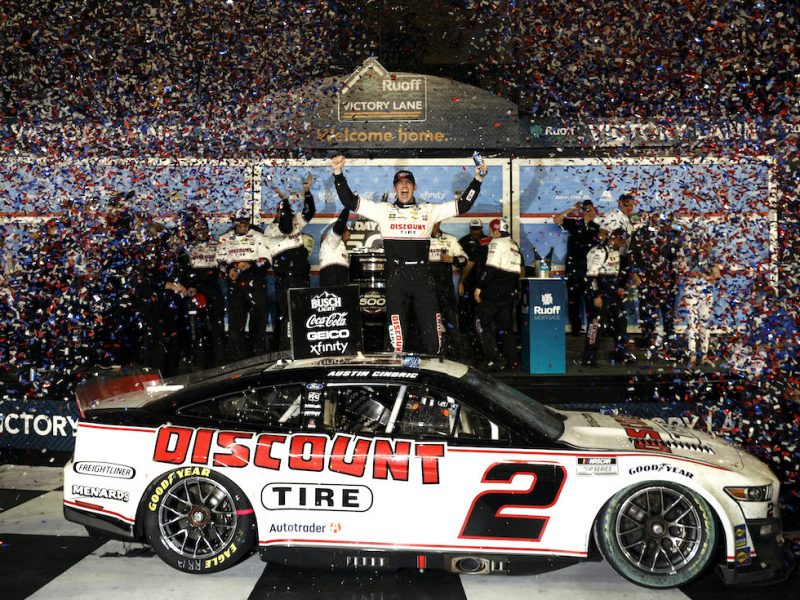 One race, one monumental victory for Austin Cindric. The Team Penske rookie won the 64th running of the Daytona 500 in his eighth career Cup start behind the wheel of the No. 2 Ford, edging out Bubba Wallace by just .036 seconds (roughly 3-4 feet) in one of the closest finishes in the history of The Great American Race.

Down the Stretch: A six-car wreck on Lap 190 paved the way for an exciting finish before a three-car collision on Lap 195 added to the drama. After a restart on Lap 200, Cindric was the race leader and held off a furious attempt by Wallace and Ryan Blaney in the final moments. Cars collided at the finish line to create a chaotic ending. It was Cindric’s first career win in just his eighth Cup Series start, and it came on the 85th birthday of team owner Roger Penske.

“Oh, my God! Do you know what makes this even better? A packed house… I’m surrounded by great people, that’s all there is to it. I know there’s going ot be highs and lows, being a rookie. I’m just grateful for the opportunity… I’m just really thankful.” — Austin Cindric