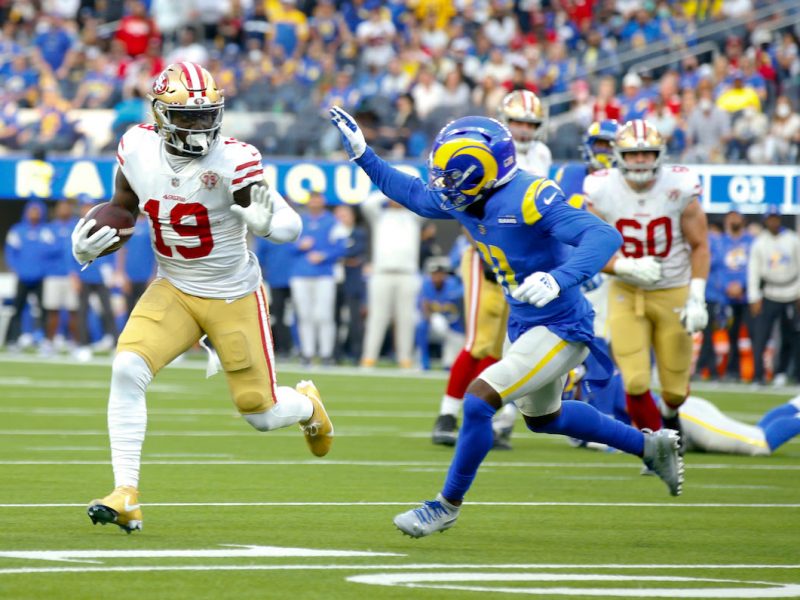 Four teams enter, two teams leave. Super Bowl LVI will have its two finalists by Sunday night. The two conference championships go back-to-back on Sunday, and neither of the 1-seeds are still alive. Both games are rematches of previous contests, so we have insight into what happened the first time around. The Chiefs are Rams are the favorites, but don’t count out the underdog Bengals and resilient 49ers. Here’s a look at what’s coming on Sunday.

Cincinnati walks into Arrowhead with a tall task ahead, but QB Joe Burrow and company appear up for the challenge. The Bengals beat the Chiefs in Week 17 (34-31) in Cincinnati. Burrow outshined Patrick Mahomes in that game, throwing for 446 yards and 4 TDs, including a breakout performance by WR Ja’Marr Chase (11 receptions, 266 yards, 3 TDs). The Chiefs game plan will undoubtedly consist of doubling Chase and forcing Burrow to go elsewhere. Mahomes and the Kansas City offense was held to just three points in the second of that matchup. Expect head coach Andy Reid to draw up a heavy dose of dump-offs to WR Tyreek Hill and TE Travis Kelce early. All signs point to an air-attack shootout with a sunny day in the high-40s. Barring a Bengals upset, the Chiefs are going back to their third straight Super Bowl.

The NFC West three-peat features San Francisco and Los Angeles at SoFi Stadium. The 49ers are the lower seed, but they won both in-season matchups, including a blowout in November (31-10) and an overtime thriller in December (27-24, OT). The Niners defense picked off QB Matthew Stafford multiple times in each contest. Rams WR Cooper Kupp and 49ers WR Deebo Samuel will be the x-factors, but Stafford’s ability to protect the ball will decide the game. QB Jimmy Garoppolo has also faced criticism for being San Francisco’s biggest liability when it comes to reaching and winning the Super Bowl. If he can step up and beat the Rams for the third time this year, he can cement his future in San Fran next season. The Rams are the favorites, but the Niners have won eight of their last ten.

SI: Which Team’s Super Bowl Future Odds Are You Betting?