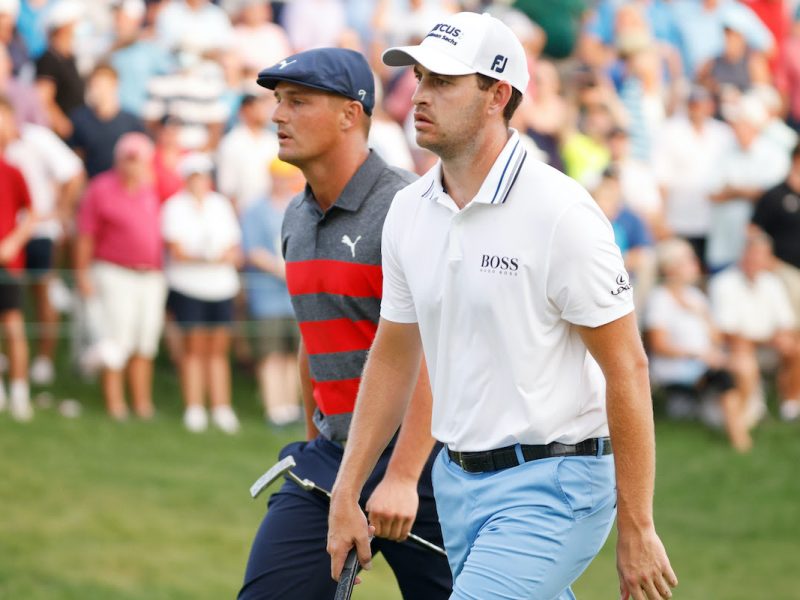 It looked like no one would catch Bryson DeChambeau after his earth-shattering 12-under (60) in Round 2 of the BMW Championship on Friday, but Patrick Cantlay had other plans. Cantlay and DeChambeau finished Sunday’s round at a staggering 27-under — more than four strokes ahead of the field — before entering a sudden-death playoff. Both players made par on four straight holes before a pair of dueling birdies on the fifth go-around. After a birdie by Cantlay on the sixth playoff hole, DeChambeau’s birdie putt missed a cup-length to the right. Cantlay, victorious after 78 holes of golf, now leads the FedEx Cup Playoff standings with one event left.

ESPN: Nothing About the Bryson DeChambeau Experience is Easy These Days