And Then There Were 4 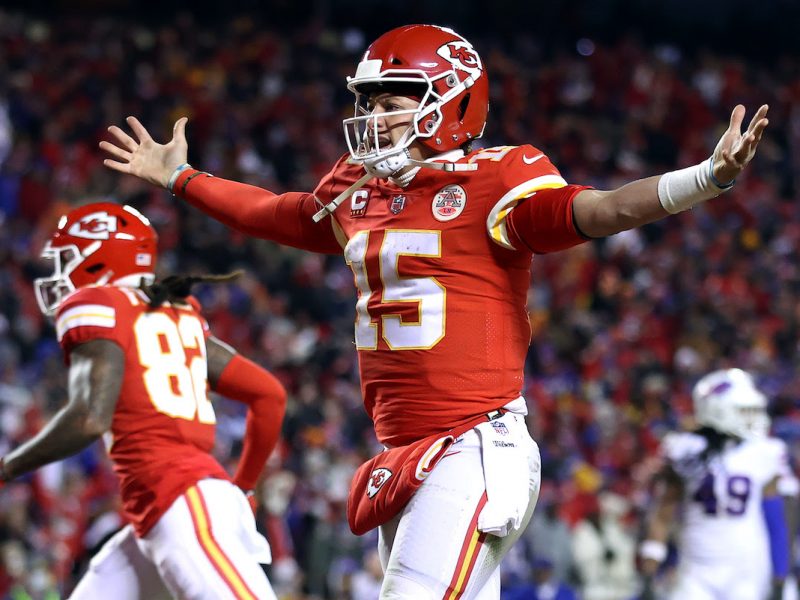 A quartet of NFL thrillers came down to the wire in the Divisional Round to trim the field to four. All four games were decided by either a walk-off field goal or overtime. Four teams remain, and none of the 1-seeds made it through their opening-round matchups. The underdogs are alive and well heading to the Championship Round. Let’s rewind the action.

Cincinnati marched into Tennessee and took down the 1-seed Titans to open the Divisional Round on Saturday. Bengals QB Joe Burrow (28/37, 348 yards, 1 INT) didn’t find the end zone, but Titans QB Ryan Tannehill tossed three picks, including one in the final minute, to set up Cincy’s game-winning field goal. Rookie kicker Evan McPherson was 4-for-4 including the 52-yard walk-off kick. It’s Cincinnati’s first trip to the AFC Championship Game in 33 years.

Saturday’s night-cap in snowy Green Bay saw the Niners play spoiler despite no offensive touchdowns. The Packers led 10-3 in the 4th quarter before a blocked punt recovered in the end zone tied the score. San Francisco got it back and lined up a 45-yard field goal from Robbie Gould as Tim expired. Gould is now 20-for-20 in the playoffs over his career, and Aaron Rodgers may have played his last game in a Packers uniform.

The Rams had the Bucs on the ropes for much of Sunday’s opener until a late surge made it a game. Los Angeles led 20-3 at the half, but a Tom Brady touchdown, a turnover, and a Leonard Fournette scamper turned a 27-13 scoreline into 27-all with 42 seconds left. Just when it looked like Brady and the Bucs might pull off a miracle, Matthew Stafford completed two passes to Cooper Kupp that set up kicker Matt Gay’s 30-yard winner. Stafford (28/38, 366 yards, 2 TDs) outdueled Brady to bring the Rams back home to L.A. for a date with the Niners.

After three game-winning field goals, somehow the Chiefs and Bills topped them all. Kansas City and Buffalo combined to score 25 points in the final two minutes, including three lead-changing touchdowns and a game-tying field goal by Chiefs’ kicker Harrison Butker. In overtime, Kansas City won the toss and marched down the field before Patrick Mahomes found Travis Kelce for the celebration-starter at Arrowhead. Bills QB Josh Allen was magnificent with 329 yards and 4 TDs — all to WR Gabriel Davis — but Mahomes (33/44, 378 yards, 3 TDs) got the last laugh. It’s Chiefs-Bengals in KC for the AFC Championship.

CBS Sports: The Wildest Divisional Round Weekend Ever: Every Game Won on a Walk-Off Play