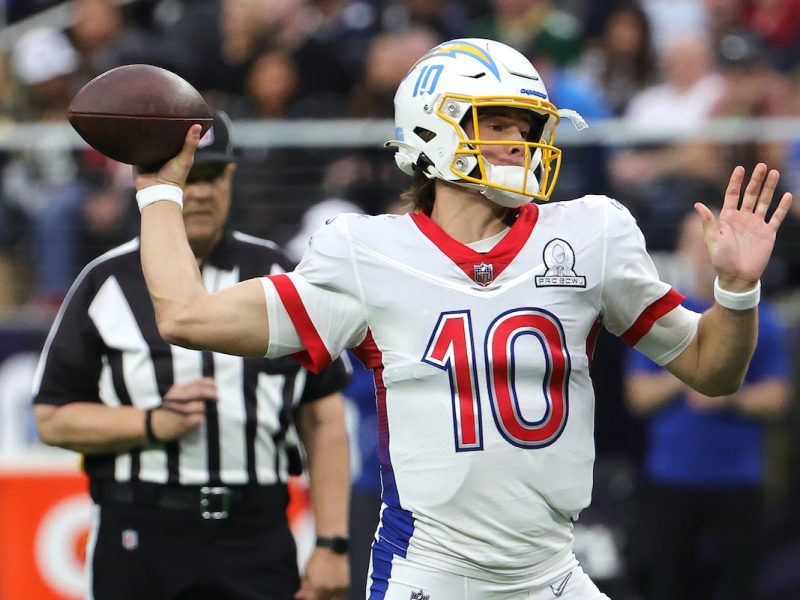 A shootout in Las Vegas brought the NFL’s biggest stars to the desert for a high-scoring NFL Pro Bowl on Sunday. The air assault from both sides saw the AFC grab a 41-21 lead after three quarters before the NFC made a late comeback attempt. Both teams combined to throw seven touchdowns and seven interceptions in a game that featured 92 pass attempts to just 29 rushes. The NFC ran the ball just eight times for a combined 1 yard. Chargers QB Justin Herbert (7/11, 98 yards, 2 TDs, 1 INT) and Raiders DE Maxx Crosby (5 tackles, 2 sacks) won the MVP awards for the winning side. The AFC has now won each of the last five Pro Bowls.

ESPN: Not Much Tackling, But Plenty of Fun as AFC Hangs on to Win 2022 Pro Bowl