Lots to catch up on after a long weekend. First up? It’s officially the year of the no-hitter, and this one hit different. 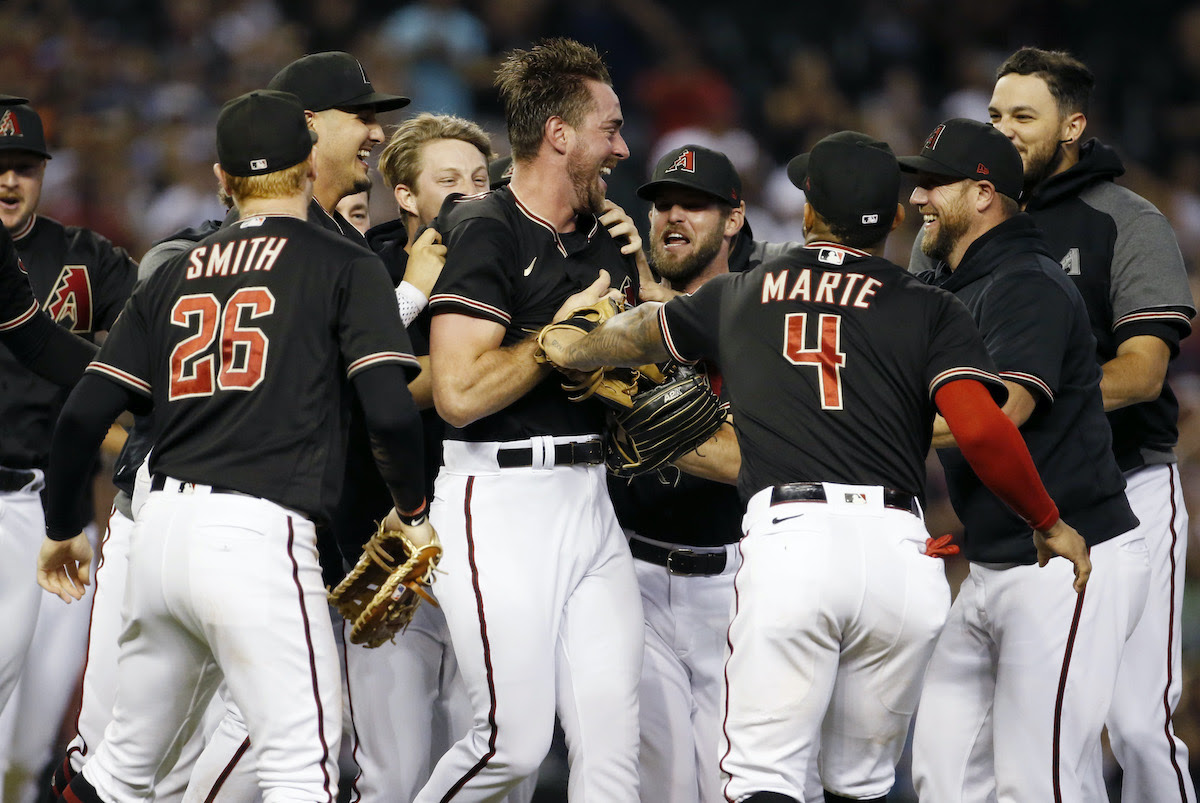 In August of 2020, Tyler Gilbert was working for his father as an electrician. On Saturday night, The Diamondbacks’ 27-year-old lefty made history with a no-hitter in his first Major League start, and his no-hit bid was one to remember. Gilbert set the MLB record for no-hitters in a single season (8). His first relief debut came on Aug. 3, but the former minor-leaguer blitzed the Padres in a 7-0 win with three walks and five strikeouts to become just the fourth pitcher in MLB history with a no-no in his first start. The final out of the game was a line-drive off the bat of Tommy Pham that was hauled in by Ketel Marte, and the celebration began in Arizona.

Even with Gilbert’s no-hitter marking the eighth of the MLB season, the year of the no-no has plenty of legs left with nearly six weeks remaining in the regular season. The last time there were eight no-hitters in a single season was before baseball’s modern era (1884). The first six no-hitters of the year came against the Rangers, Indians or Mariners. The last two have been special stunners against NL West leaders — the Dodgers and Padres.

John Means (Orioles): May 5 vs. Mariners

Spencer Turnbull (Tigers): May 18 vs. Mariners

Corey Kluber (Yankees): May 19 vs. Rangers

The year of the no-no is far from over. Who’s got next? 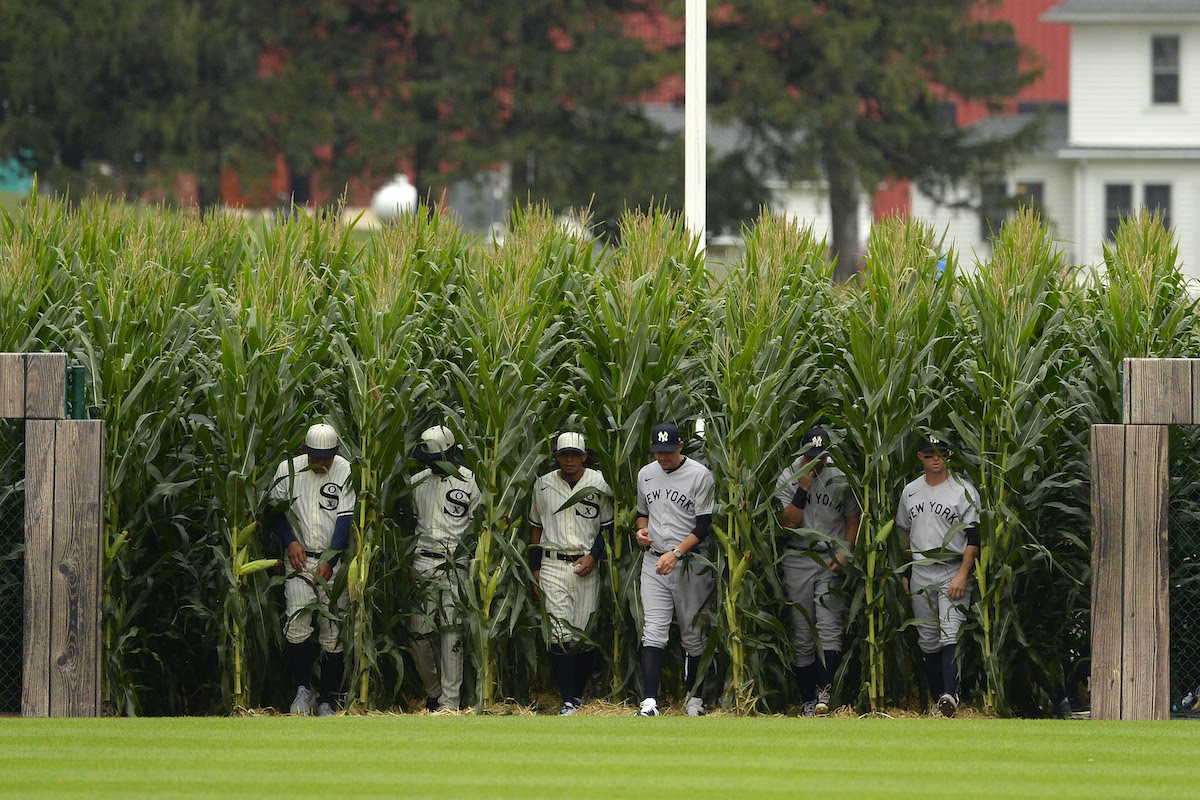 They built it, and the fans came. Last Thursday’s ‘Field of Dreams’ game in Dyersville, Iowa was one crazy spectacle where baseball meets fairytale. Players from the White Sox and Yankees walked out of the cornfield in tribute to the 1989 movie scene. By game’s end, the White Sox won it with a walk-off by Tim Anderson (9-8) in an unbelievable finish to the most-watched regular-season MLB game in 16 years (2005) with 5.9 million viewers.

The event was such a success that MLB commissioner Rob Manfred confirmed that the game will return to Dyersville in 2022, and potentially become an annual event. Rumors suggest the Chicago Cubs will be involved in next year’s ‘Field of Dreams’ party.

Final thoughts? The MLB knows it needs more specialty regular-season events like this one. The ‘Field of Dreams’ is only the beginning. 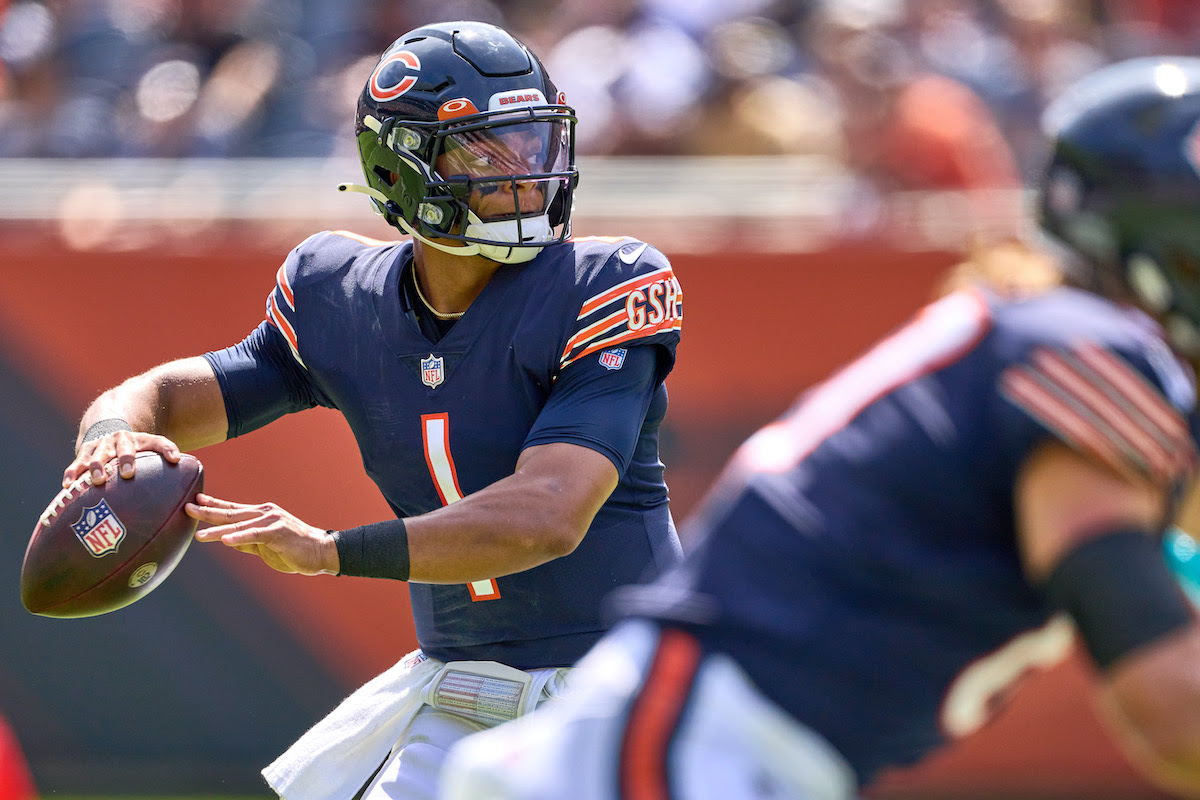 All the Preseason Week 1 Moments You May Have Missed

The NFL’s first week of the preseason is in the books. From rookie QBs making their unofficial NFL debuts to roster storylines, depth charts and cuts, we’ve got it all. Here are the top moments you may have missed from Week 1 of the preseason.

1) Rookie QBs by the Numbers

The Ravens beat the Saints on Saturday (17-14) to claim their 18th consecutive preseason victory and move within one of the all-time NFL record. They haven’t lost in the preseason since Sept. 3, 2015.

Tim Tebow made his Jaguars debut at tight end with a very underwhelming opener. He played 16 snaps and was targeted once for zero catches, and his blocking ability was nothing spectacular.

Packers backup QB Jordan Love was in the spotlight Saturday in Green Bay with Aaron Rodgers on the sideline. He performed better than expected (12/17, 122 yds, 1 TD), leaving Packer fans feeling good about their second-stringer with Rodgers potentially entering his final season with the franchise.

Jameis Winston and Taysom Hill both played in New Orleans’ loss to the Ravens Saturday, but neither stole the show. Winston (7/12, 96 yds, 1 TD, 1 INT) and Hill (8/12, 81 yds, 1 INT) are currently battling for the starting job after Drew Brees’ retirement. The verdict is still out. 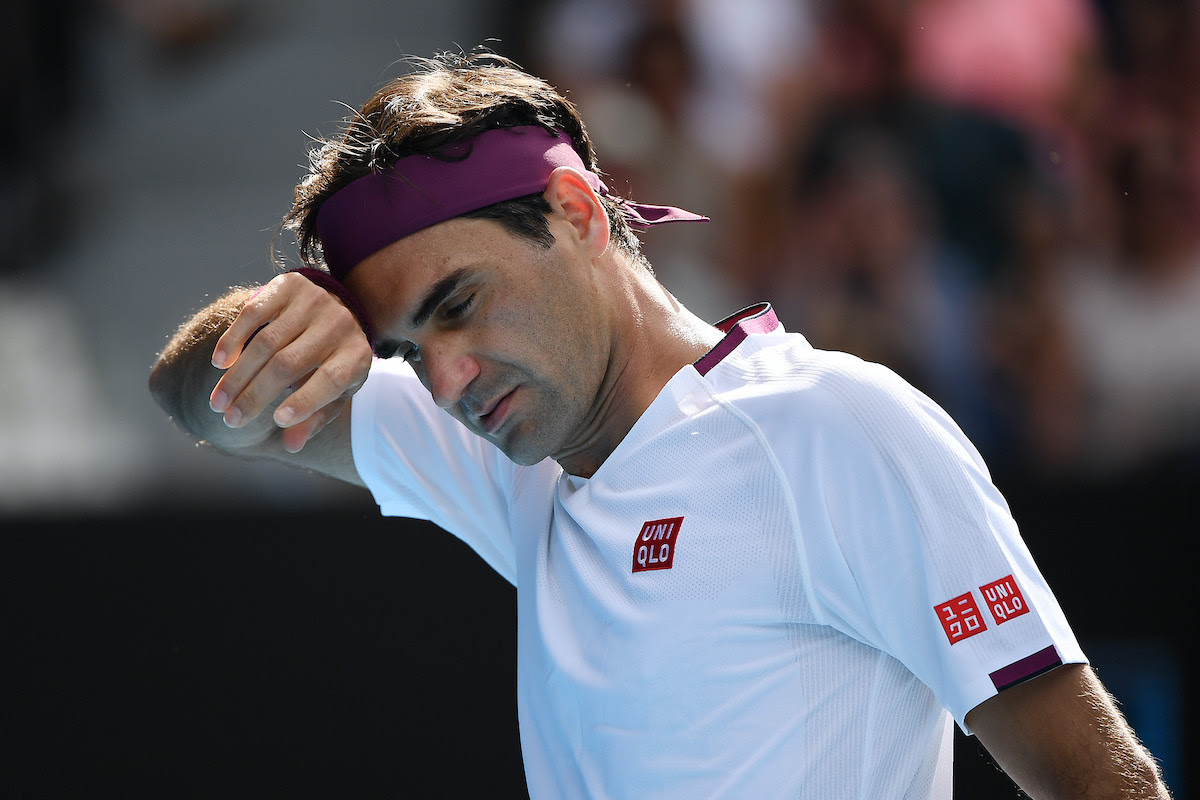 Tennis legend Roger Federer made headlines on Sunday when he announced on Instagram that he’ll undergo knee surgery that will sideline him for “many months.” The 40-year-old Swiss star reached the quarterfinals at Wimbledon in July, but his latest procedure will keep him out of the upcoming U.S. Open and likely sideline him until next year’s Australian Open (Jan. 2022).

At Federer’s age, a major knee surgery begins to signal the end of his dominant tennis years, and his words seem to hint that he’s aware of it. The 20-time major champion hasn’t won a slam since 2018 (Australian Open).

“I’ll be on crutches for many weeks and out of the game for many months… I want to give myself a glimmer of hope to return to the tour in some shape or form. I am realistic… I know how difficult it is at this age right now to do another surgery.” — Roger Federer

Padres’ superstar Fernando Tatis Jr. made his return from the IL on Sunday and smacked two blasts with four RBIs in an 8-2 win over the Diamondbacks. He’s now third in the home run race with 33 homers.

The English Premier League kicked off the 2021-2022 season this weekend in England, along with other European leagues. Among the highlights was a win from Tottenham over defending champions Manchester City (1-0). Click the link to see all the highlights.

The PGA Tour’s Wyndham Championship came down to the wire like no golf tournament ever before. A record six golfers finished at 15-under to force a six-man playoff before Kevin Kisner was the last man standing.

Nico Ali Walsh, the grandson of the great Muhammad Ali, made his professional boxing debut on Saturday night in Tulsa with a first-round TKO against Jordan Weeks. The 21-year-old is now 1-0.

A.J. Allmendinger doesn’t drive in NASCAR’s Cup Series full-time, but he captured the win Sunday at the Indianapolis Motor Speedway road course. Allmendinger only led the last two laps of overtime for his second career win.

5 Teams That Could Cause CFP Chaos

Each college football season, a little chaos must fall and these are the most likely troublemakers to wreak havoc on the CFP chase. (CBS Sports)

Now that we’re a little more than a week past one of the more eventful trade deadlines in recent years, it’s time to take a look at what needs to happen for each team over the rest of the regular season. (Bleacher Report)

The summer transfer window is into its final month for the major European leagues, which means the biggest clubs are looking to make a splash in the market before the new season begins. (ESPN)