After 16 days in Tokyo, the 2020 Olympics are officially closed. The USA volleyball team won gold in the final event to top China in the gold medal count and sweep the most medals overall. It’s been an exciting two weeks. Let’s relive the final weekend of Tokyo’s Olympic moments. 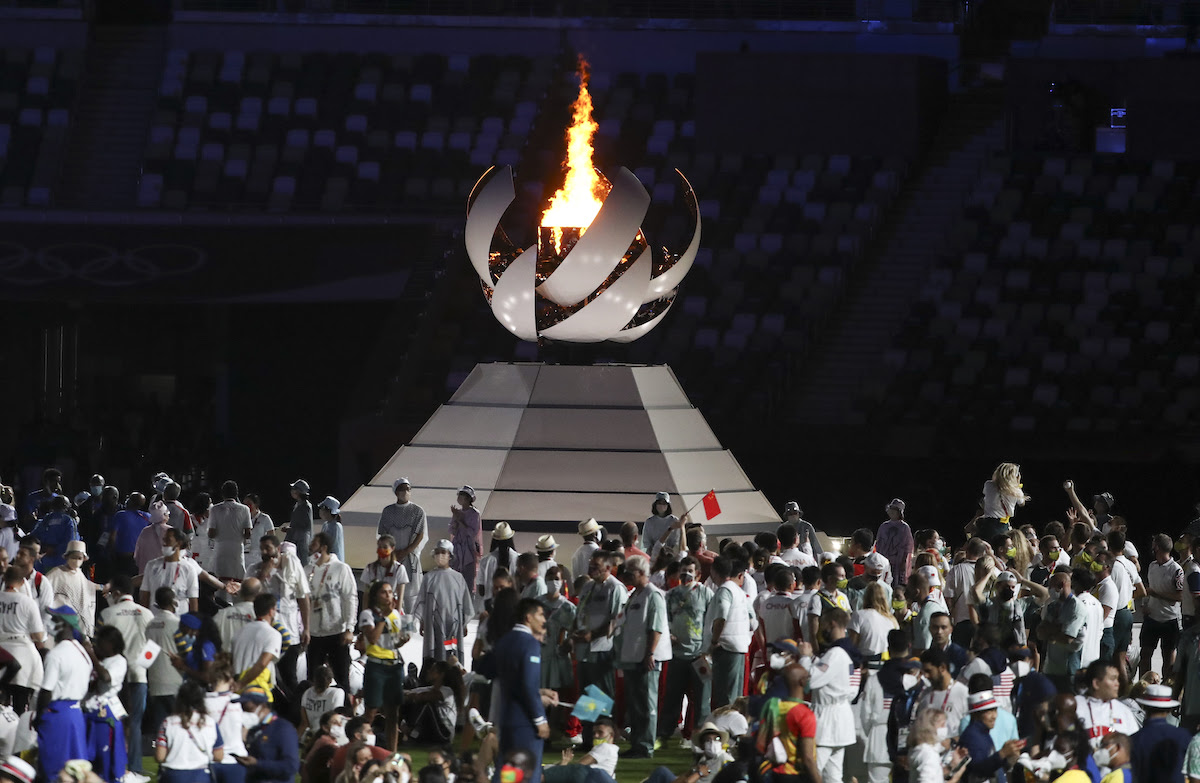 The 2020 Olympics have come to a close, but the weekend in Tokyo was chock-full of excitement. While China held the overall lead in gold medals throughout much of the Olympic run, the United States won nine gold medals over the weekend to storm back and win the overall count (39-38). The last gold medal came in the final event — the indoor women’s volleyball final. The USA also secured 21 overall medals in the final weekend to finish out the Olympic spectacle with 25 more medals than any other country. The pageantry of closing ceremonies was a spectacle of its own. Here are some of the best gold medal moments for Team USA during the final days in Japan…

The USA men’s basketball held off France in the gold medal game on Friday night (87-82) thanks to 29 points from Kevin Durant. France was down 10 with three minutes to go before pulling with three points, but a pair of free throws from Durant iced it in the final seconds. It was Team USA’s fourth consecutive gold medal despite a lot of early exhibition struggles last month.

After a near collapse in the fourth round, Team USA’s Nelly Korda — the No. 1-ranked golfer in the world — held on for a 1-stroke win (-17) and the women’s golf gold medal. She joined Xander Schauffele as co-American gold medalists in golf to break a 121-year drought (1900).

USA women’s track star Allyson Felix made history in her fifth Olympics appearance. The 35-year-old claimed Bronze in the 400 meters. She tied Carl Lewis for the most medals won by an American in Olympic track history (10). The Bahamas Shaunae Miller-Uibo won gold for the second straight time.

The USA women’s volleyball team swept Brazil on Sunday for the final gold medal of the Olympics. The winning point provided a magical moment as Team USA claimed the overall lead in the gold medal count, on top of their first-ever gold in the indoor women’s event after three silver medal finishes in the past 40 years.

NBCOlympics: All the Best Videos & Stories From Every Sport

Josh Allen Gets the Bag 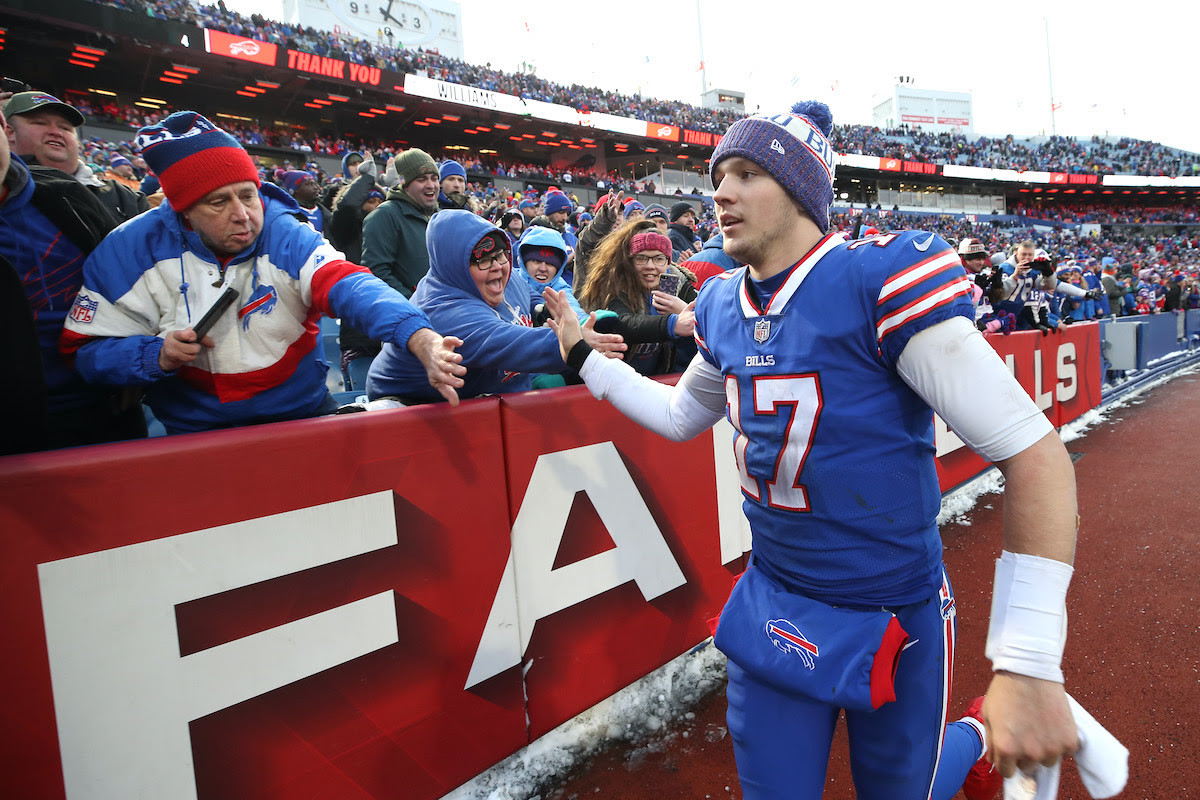 After an offensive explosion in his third season at the helm of the Buffalo Bills, QB Josh Allen signed a six-year, $258 million extension with the team this weekend. Allen, the No. 7 pick in 2018, finished second to Aaron Rodgers in the 2020 MVP race while amassing franchise records in passing yards (4,544) and passing TDs (37). He also scampered for eight rushing touchdowns while leading the Bills to their first AFC Championship Game since 1994.

At $43 million per season, Allen’s contract makes him the second-highest paid player in the NFL behind only Chiefs QB Patrick Mahomes. With two years left on his current deal, Allen will remain in Buffalo through 2028.

ESPN: Expectations for Buffalo Bills’ Josh Allen Now as Huge as His Contract 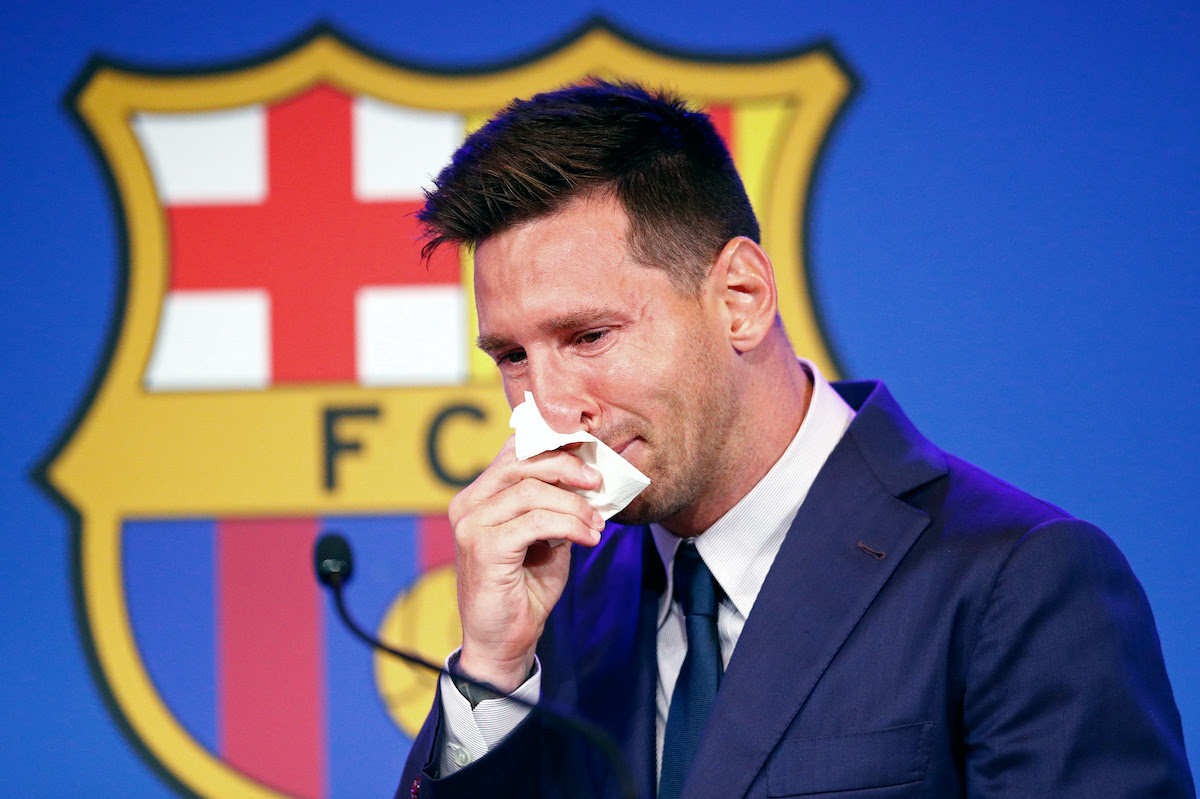 The Lionel Messi saga in Barcelona took a turn last week when he and club announced they would part ways, and he now has a new home. Paris Saint-Germain (PSG) are expected to complete the signing of Messi in the next 24-48 hours. Although no deal has been completed, officially, it’s been reported that Messi reached out directly to PSG manager and fellow Argentinian Mauricio Pochettino about joining the club. The two sides have reportedly reached an agreement that should be finalized shortly.

Messi delivered an emotional farewell speech at a press conference on Sunday.

CBS Sports: Inside Messi-PSG Contract & How Barcelona Lost Their Superstar

When the Tokyo Games began, nobody could be certain how they would come off with no fans in the stands and strict COVID-19 protocols. But after 339 events in 33 sports and more than 11,000 athletes getting their shot at glory, the 32nd Summer Olympics have concluded. (USA Today)

The Handoff to Paris for 2024 Games

After a performance of traditional Japanese song and dance, the ceremony began looking forward. The next Olympic Games will take place in just three years in Paris. The Olympic flag was officially handed over to the mayor of Paris, and the national anthem of France was played to make the transition official. (Yahoo! Sports)

Final Takeaways From the Tokyo Olympics

After 16 days of competition across Tokyo and its surrounding areas, the Olympics have reached a conclusion. On Sunday evening, the Closing Ceremony took place at National Stadium, marking the official end of these pandemic Summer Games. Below, Sports Illustrated’s team of writers give their final takeaways from Tokyo. (SI, +Paywall)