Yesterday’s Olympics action brought medals in abundance for the women of Team USA. Soccer, volleyball and basketball all secured podium spots with women’s basketball and volleyball awaiting gold or silver this weekend. It’s the final weekend of the Games! We’ll return on Monday to relive the closing ceremony.

The “A-Team” Brings Their “A-Game” 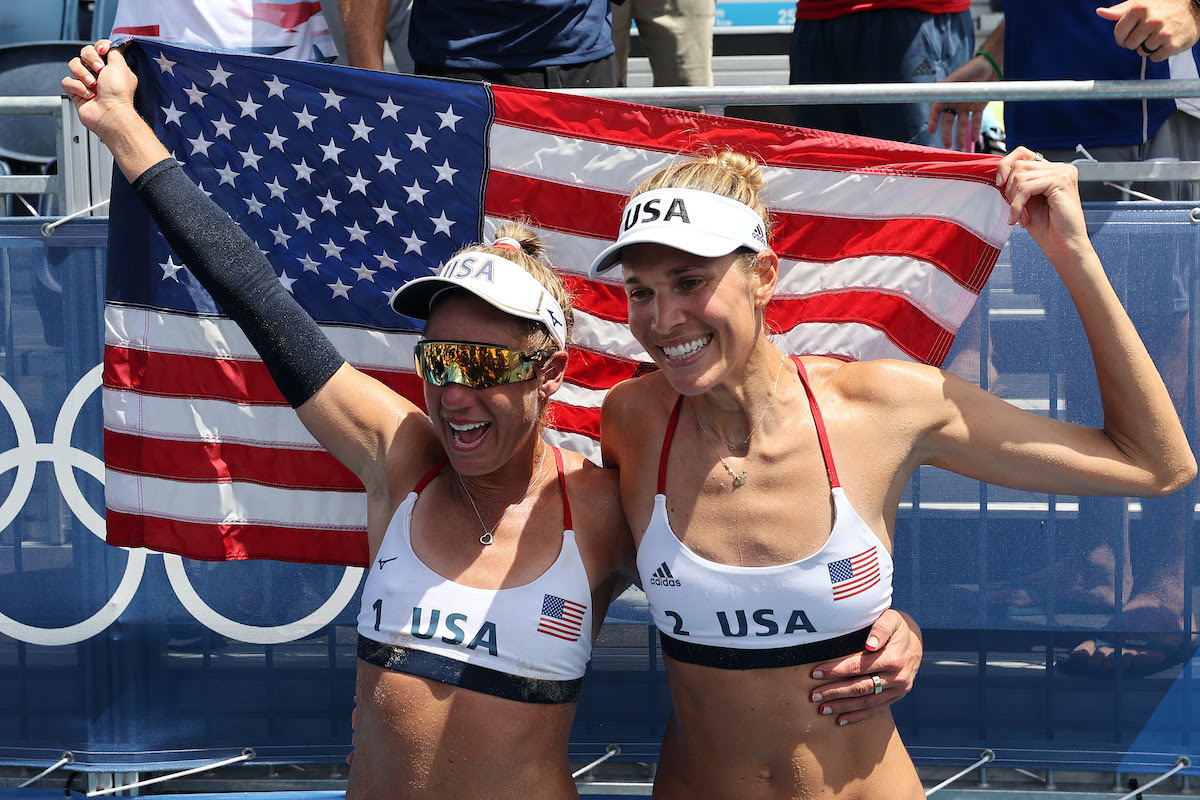 Capping off a perfect 7-0 record in Tokyo, the U.S. women’s beach volleyball duo of April Ross and Alix Klineman finished off the Australian pairing of Mariafe Artacho del Solar and Taliqua Clancy in straight sets Thursday, 21-15, 21-16, to capture the gold medal. Third time was the charm for the 39-year-old Ross, who completed her collection of Olympic medals after winning silver at the 2012 London Olympics and bronze at Rio in 2016. Her teammate, Klineman, was participating in her first Olympics and was actually an indoor volleyball player until 2017. Now, the pair are undisputed gold medalists.

It wasn’t always pretty, but if this was the final Olympics for longtime leaders of the U.S. Women’s National Team such as Megan Rapinoe and Carli Lloyd, they went out in style. After falling to Canada 1-0 in the semifinals, the USWNT took on Australia in the consolation medal match. Rapinoe scored on a corner kick early. After Australia star Sam Kerr leveled the game, Rapinoe picked up her second goal in the 21st minute. Carli Lloyd then picked up a pair of goals to give the USWNT a 4-1 lead early in the second half. The game ended 4-3, and the U.S. took the bronze.

Skateboarding wrapped up its exciting Olympics debut with the men’s park event, where 22-year-old American Cory Juneau took bronze. It was the second bronze medal for Team USA in skateboarding following Jagger Eaton’s performance in the men’s street event. Australia’s Keegan Palmer won gold, but all three other skateboarding golds were taken by the hosts, Japan.

Women’s Golf: Korda Leads With 1 Round to Play

After posting a scorching nine-under 62 in the second round to earn a four-stroke lead at the midway point in the women’s golf competition, Team USA’s Nelly Korda held onto her lead with a 2-under in round three on Thursday. She leads the field at -15 with one round to play. After Xander Schauffele’s victory in the men’s event, the U.S. could very well take both gold medals in golf at Tokyo.

The Team USA women’s basketball squad left little doubt of their gold medal pedigree on Thursday night against Serbia (79-59), jumping out to a commanding lead that never stumbled. The semifinals game was Britney Griner’s turn to shine (15 points, 12 rebounds). The USA will await the winner of Japan-France for the gold medal game on Saturday (10:30 pm ET).

Baseball: USA Shuts Down Korea for Shot at Gold

The USA baseball team ran roughshod on South Korea in the semifinals on Thursday morning (7-2) thanks to a monster home run from Jamie Westbrook and a five-run sixth inning. The United States earned a spot in the gold medal game against Japan tomorrow morning (6:00 am ET).

The USA women’s volleyball team continued their dominant Olympics run with a straight-set destruction of Serbia in Thursday night’s semifinal (25-19, 25-15, 25-23). Serbia knocked out the Americans from the Rio 2016 Olympics. The USA has reached the women’s volleyball finals three times in Olympics history, and they’ve settled for silver all three times.

Katie Nageotte put on a performance in the pole vault by clearing 4.90 meters yesterday. She beat out the reigning world champion Anzhelika Sidorova (Russia). The 30-year-old from Cleveland was overcome with emotions after clearing her final jump for the gold medal.

Messi to Leave Barcelona After All 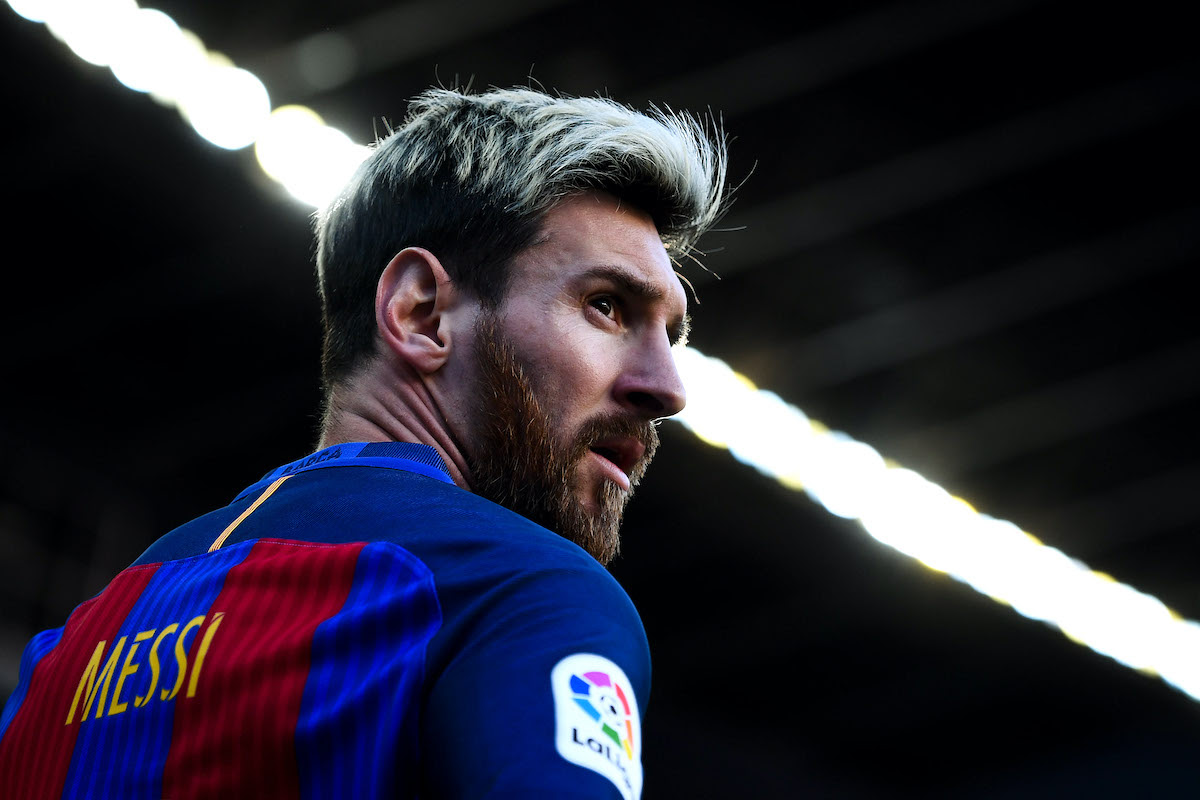 The back and forth showdown between FC Barcelona and Lionel Messi — arguably the most iconic soccer star in the sport’s history — came to a stunning result on Thursday. Messi, 34, has been a free agent since his current club contract expired on June 30, but conversations looked promising with a five-year deal loosely reported. Instead, Messi will hit the market rather than stay with Barca due to “financial obstacles” surrounding the team’s massive debt. The next question is: Where will Messi go?

Leaving the Mess Behind

Messi joined Barca’s youth program at age 13 before spending the last 20 years with the Catalan juggernaut. He leaves as the team’s all-time leading goal-scorer (672 goals) and a six-time Ballon d’Or winner. Let the Messi sweepstakes begin. 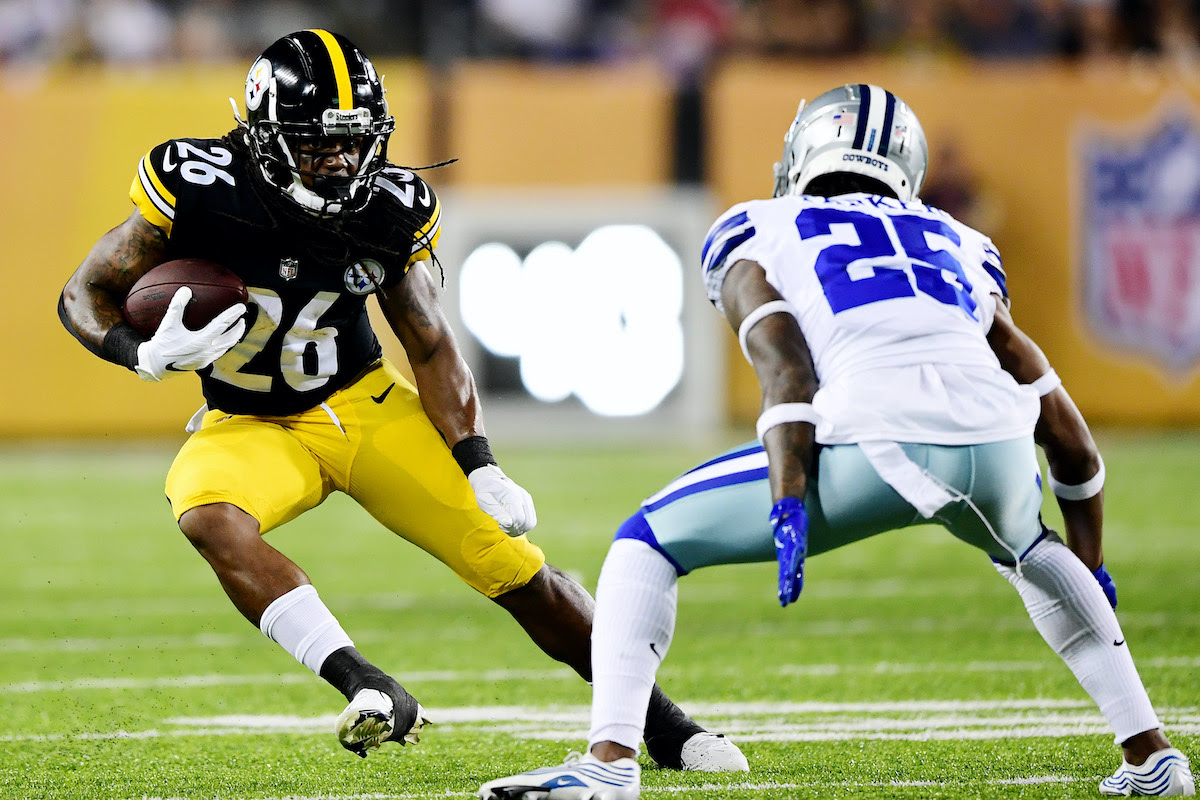 Football is back, and it has fans! The NFL’s preseason kicked off last night from Canton, Ohio for the Hall of Fame game. It was the Pittsburgh Steelers and Dallas Cowboys in the NFL’s first exhibition since 2019 due to last year’s pandemic shutdown. Your favorite stars like Dak Prescott and Ben Roethlisberger weren’t in pads — it’s too soon for that — but football is football. And football is back.

Game Notes: The Steelers scored all 16 points in the second half, including a field goal and two TDs. RB Kalen Ballage scored a 4-yard rush to give Pittsburgh the lead in the 3rd quarter. In the 4th, QB Joshua Dobbs found WR Tyler Simmons on a five-yard strike. We also got our first look at Steelers’ rookie RB Najee Harris (7 carries, 22 yards).

Week 1 of the NFL preseason begins next Thursday (Aug. 12).

CBS Sports: Hall of Fame Game: The Good, The Not So Good & The Ugly

A Dozen-Medal Day in Tokyo

The NBA’s 2021 free-agency window is open, and signings have come pouring through over the past few days. As we trek through the offseason, here are the top players still available in ascending order. (Bleacher Report)

The No. 1 in Preseason College Football

This year’s preseason Top 25 poll will be released Tuesday at noon ET and it incorporates voting from 65 coaches across the 10 conferences plus independents in the Bowl Subdivision. Who gets No. 1? (USA Today)