Team USA men’s basketball was on the ropes early last night, but a second-half blitz has them heading to the gold medal game. Plus, track and field events, beach volleyball and a weightlifting record-destroyer stole the show on Wednesday. The gold medal gap between China and the USA is getting tight. 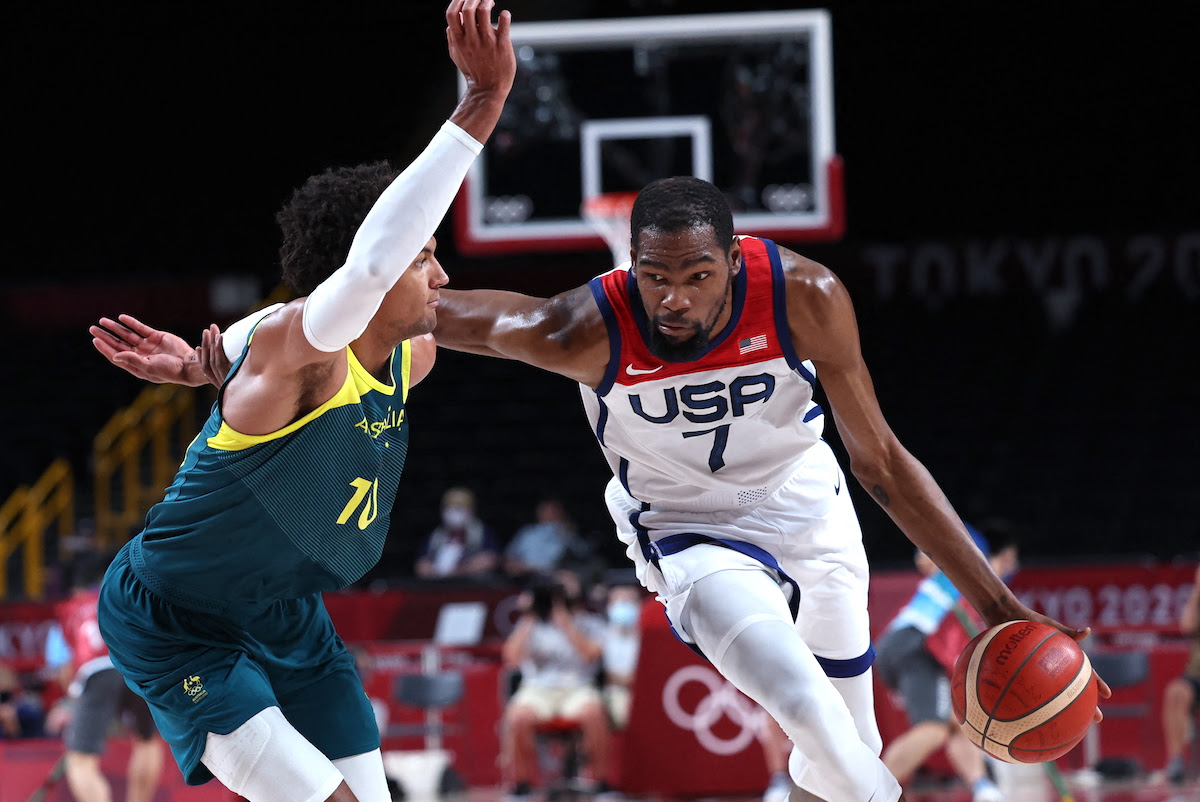 It didn’t start well, but the way Team USA finished last night’s semifinal game was a potential precursor to a gold medal performance. Australia had the USA on the ropes at halftime (45-42) after the stars and stripes went 2-for-14 from 3-point range, but they exploded in the second half and outscored the Aussies by 22 (55-33) for a decisive win. Kevin Durant (23 points) was sensational once again while Devin Booker (20 points) had his best night of the Olympics. With the win, the United States advance to the gold medal game on Friday night (10:30 pm ET). They’ll face the winner of this morning’s semifinal matchup between France and Slovenia (7:00 am ET).

*Highlights Not Yet Available Due to Schedule

The first gold medal for the men’s track and field team came via shot put on Wednesday with a record-setting outing from Ryan Crouser. Crouser broke his own Olympic record with a 23.30-meter toss that earned him another gold after claiming one in Rio 2016. American Joe Kovacs took the silver.

The USA’s April Ross and Alix Klineman swept Switzerland yesterday in women’s beach volleyball (21-12, 21-11) to advance to the gold medal game against either Australia or Latvia Thursday (10:30 pm ET). 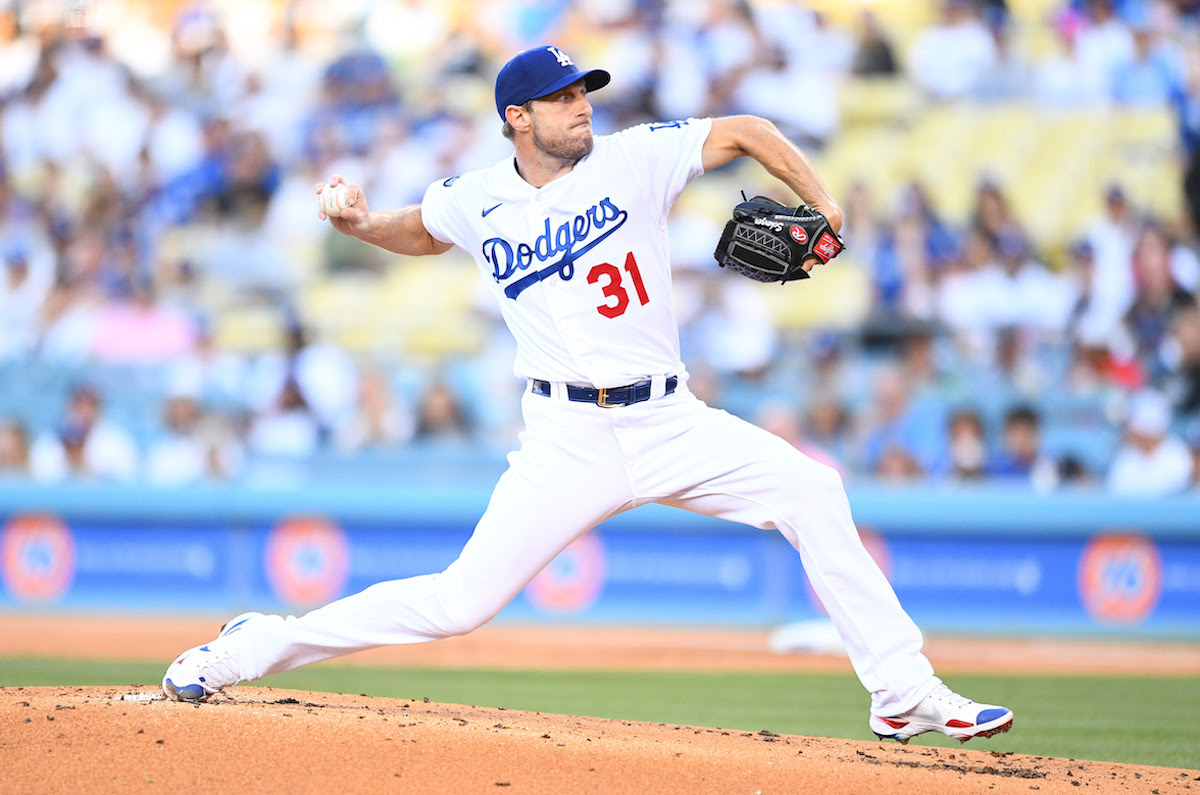 The boo birds were out again for the visiting Houston Astros at Dodger Stadium on Wednesday, but L.A.’s new pitcher gave the home team plenty to cheer about. Max Scherzer made his first start for the Dodgers after being acquired from the Nationals last week, and Mad Max didn’t waste time. He struck out 10 batters through seven innings in a five-hit, two-run gem. The fans went wild for their newest star as Clayton Kershaw pushed Scherzer back out of the dugout for a curtain call. The Dodgers held on to win (7-5). Mad Max’s arrival in L.A. was one to remember.

Rizzo Makes Yankees History: New Yankee Anthony Rizzo cranked his third home run in six games with New York on Wednesday in a 10-3 win over the Orioles. He’s the first player in Yankees history to register an RBI in his first six games with the club.

Shohei Shines for Halos: Shohei Ohtani struck out six batters in six innings of a four-hit, one-run performance on Wednesday in a 2-1 win over the Rangers. The victory put the Angels back at .500 (54-54).

Baez Slides & Swings: Javier Baez did it all for the Mets last night in Miami. The newly acquired second baseman went 2-for-5 with a highlight reel of plays, including a nifty slide into home and a go-ahead home run in the 8th inning. Mets beat the Marlins, 5-3. 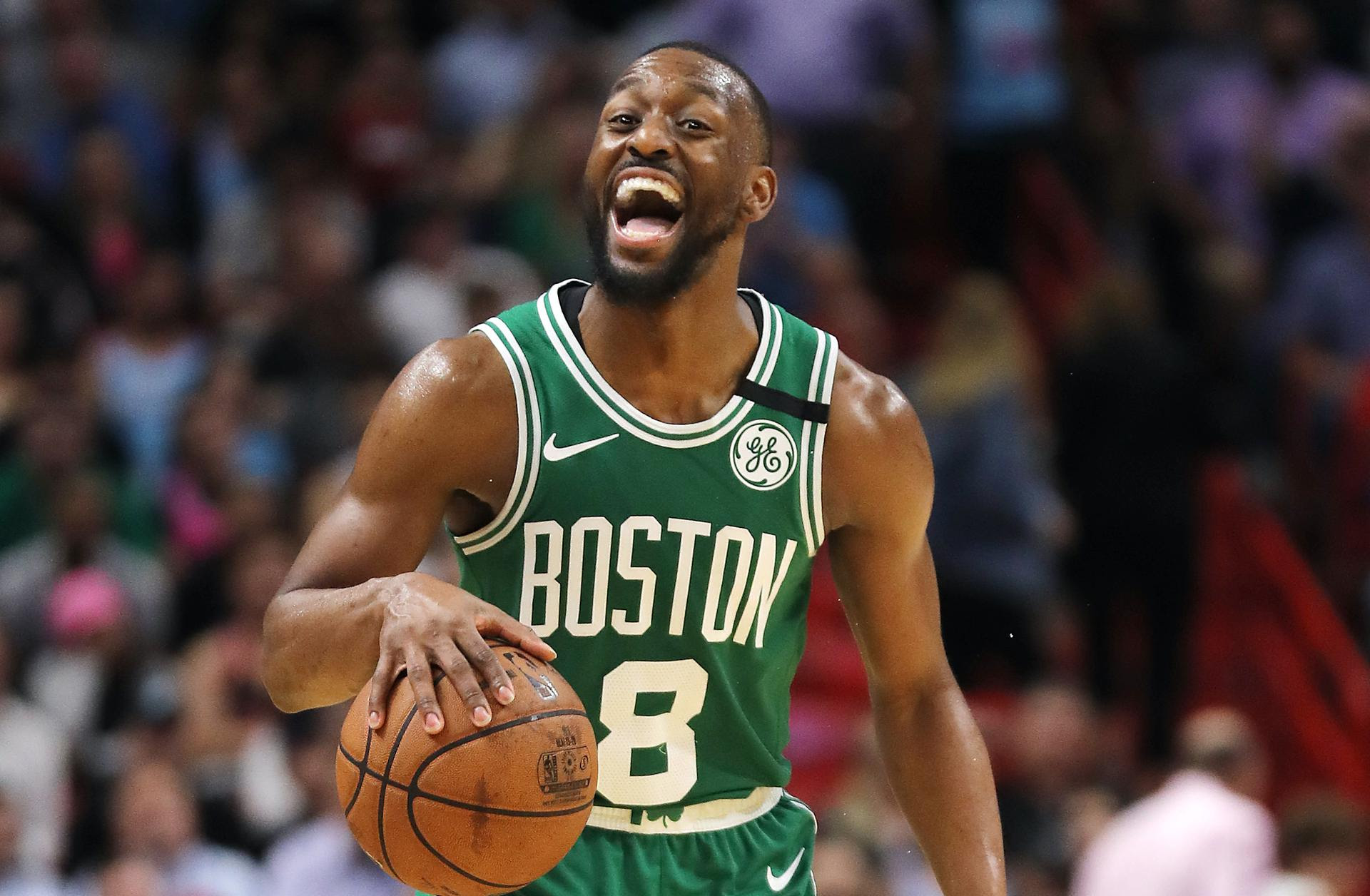 Kemba Walker Heads to the Knicks After Thunder Buyout

Only two big names went off the board in free agency on Wednesday, but a number of top stars remain available. Kemba Walker (Knicks) and Spencer Dinwiddie (Wizards) found new homes while Victor Oladipo (Heat) re-signed with Miami. Things should heat up again as we near the weekend with a few dozen solid contributors still on the market.

Malice at the Palace Trailer

November 19, 2004, is a day that will forever live in NBA history and forever redefine fan and athlete interaction. This is UNTOLD: The Malice at the Palace, featuring never-before-seen footage of the Pacers-Pistons brawl, and first hand accounts from those that lived it. (Video: Netflix)

August only means one thing for football fans… It’s officially prediction season! These are the players who rank first in each category based on their projected performance for the 2021 NFL season. (NFL.com)

ESPN’s ‘Potential Destruction’ of the Big 12

U.S. Senator Roger Marshall (R., Kan.) wrote a letter on Tuesday to United States Attorney General Merrick Garland requesting that the U.S. Department of Justice investigate ESPN for its role in Texas and Oklahoma’s move to the SEC. (Sports Illustrated)