A pair of young stars earned the second milestone victories of their careers in Europe on Sunday. An NBA Finals on the brink brings us into the new week with another trophy waiting to be won. We’re T-minus four days to the opening ceremony in Tokyo. No time to waste from a busy weekend. 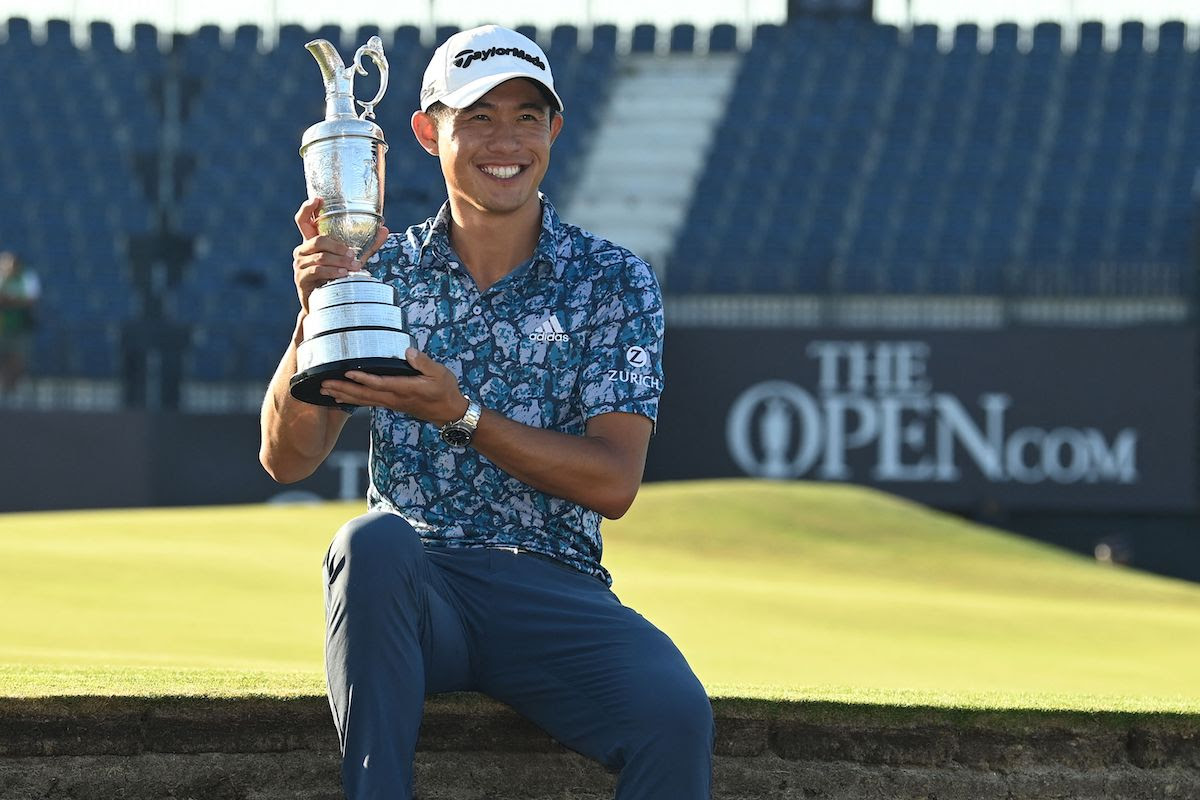 Golf’s fourth and final major of the year has concluded, and one of the game’s young stars is loading up the trophy case. Collin Morikawa stamped his name on the Claret Jug Sunday at Royal St. George’s, winning the 149th Open Championship with a furious finish down the stretch. The 24-year-old played bogey-free golf for the final 31 holes on Saturday and Sunday en route to his second major title in just over a year. Morikawa won the 2020 PGA Championship last August in his first appearance. It was also his first stop at the Open Championship this year, making him the first player in golf history to win multiple majors in his debut performance… A historic 12 months for Morikawa.

Sunday at The Open: Morikawa’s 31-hole bogey-free streak was the third-longest streak by a champion to finish out a major. He had just four bogeys all week long. Jordan Spieth and Jon Rahm made late pushes up the leaderboard, but Morikawa snapped together three-straight birdies to end the front-nine before a 1-under back (4-under, 66 on Sunday) that left him untouchable.

And just like that, golf’s last major is complete. We’ll return to golf coverage for the FedEx Cup Playoffs (August) and the Ryder Cup (September). 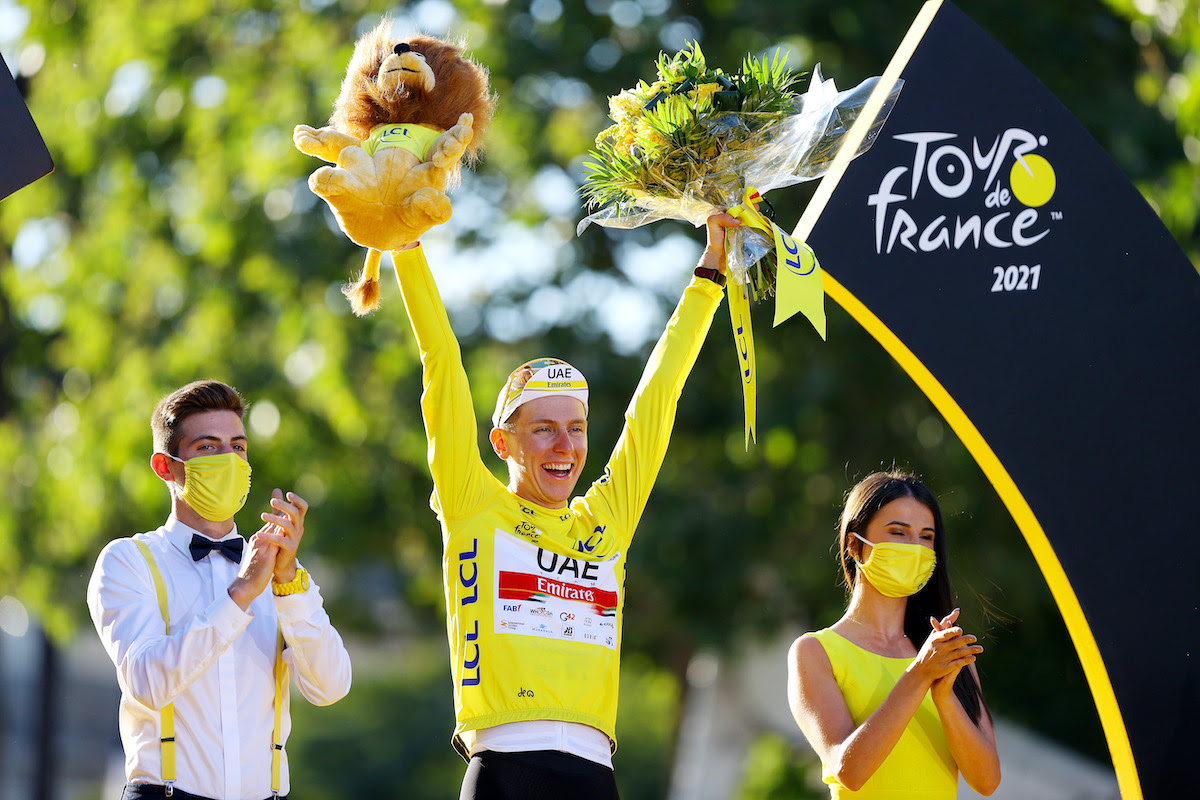 Nearly 200 cyclists enter the Tour de France, and one came out on top… again. For the second straight year, 22-year-old Slovenian rider, Tadej Pogacar, is your Tour de France champion. Pogacar dominated the race for nearly two weeks after swiping the yellow jersey and lead position after Stage 8. His lead ballooned throughout the French countryside before back-to-back wins in Stages 17 and 18 and a weekend sprint to the finish at Champs-Elysees. Wout van Aert won Stages 20 and 21 on Saturday and Sunday to finish out the 21-stage race, but Pogacar’s five-minute advantage held up through the final weekend.

At 22 years old, Pogacar is the youngest multi-winner in Tour de France history.

Bucks on the Brink of Glory 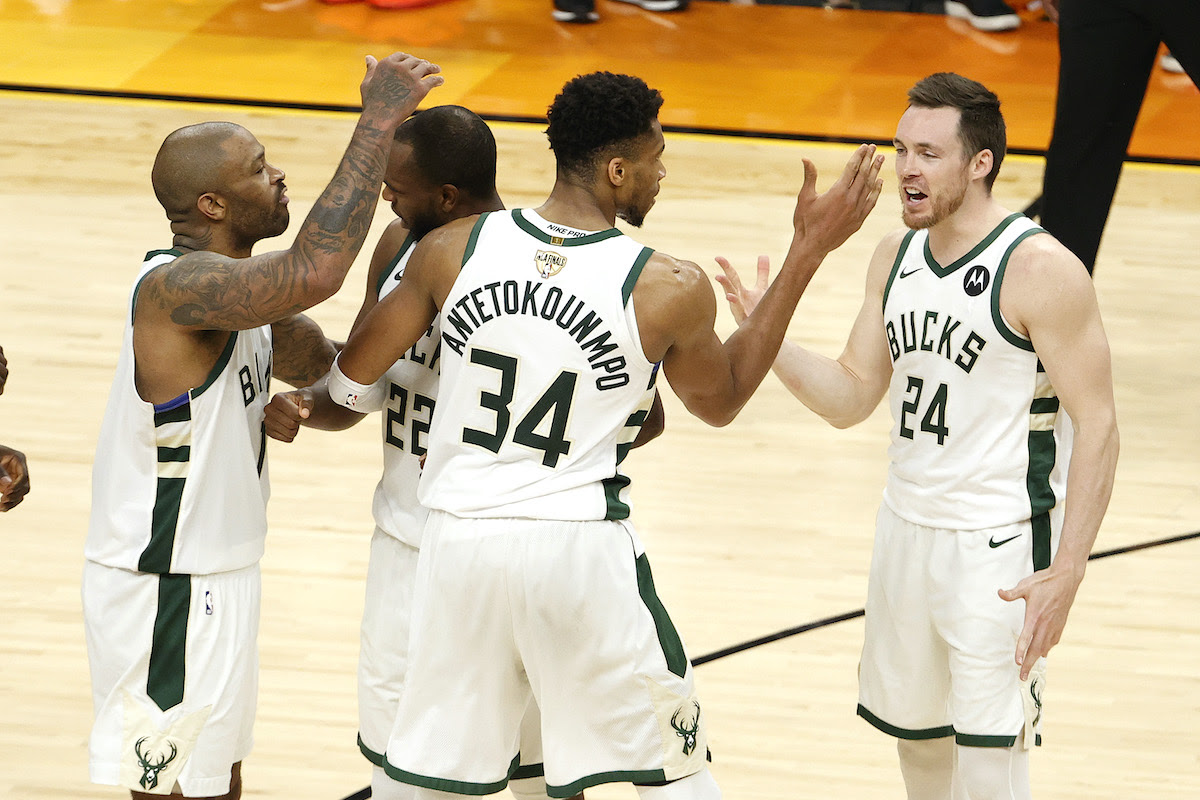 The Deer District can feel it! The Bucks stormed back from a 16-point first-quarter deficit in Game 5 on Saturday night, and they now hold the cards in the NBA Finals. Milwaukee held off another 40-point night from Devin Booker as they flipped the script in the 2nd and 3rd periods, outscoring the Suns 79-53. Phoenix rallied in the 4th, but a crucial play by Jrue Holiday — the Game 5 hero — sealed the win for the Bucks.

How Game 5 Was Won: The Suns made a furious rally in the 4th behind big shots from Chris Paul and Devin Booker, but it was a turnover in the final minute by Booker that squandered the game. The Suns were down by 1 (120-119) when Holiday stripped Booker and found Giannis Antetokounmpo for an alley-oop and-one. Giannis missed the free throw, but he tapped the rebound out to Khris Middleton. Ball game, Bucks.

Game 5 Stat of the Night: The Bucks shot 50-percent from beyond the arc on Saturday (14-for-28), including 10 combined 3s on just 20 attempts from Middleton, Holiday and Pat Connaughton.

The Story of the Finals: After falling down 2-0 to begin the NBA Finals, Milwaukee showed their resilience by reeling off three straight wins to set up a title-clinching Game 6 at home on Tuesday night. If they win, it will be the franchise’s first NBA title in 50 years (1971).

Inside the Shooting at Nationals Park 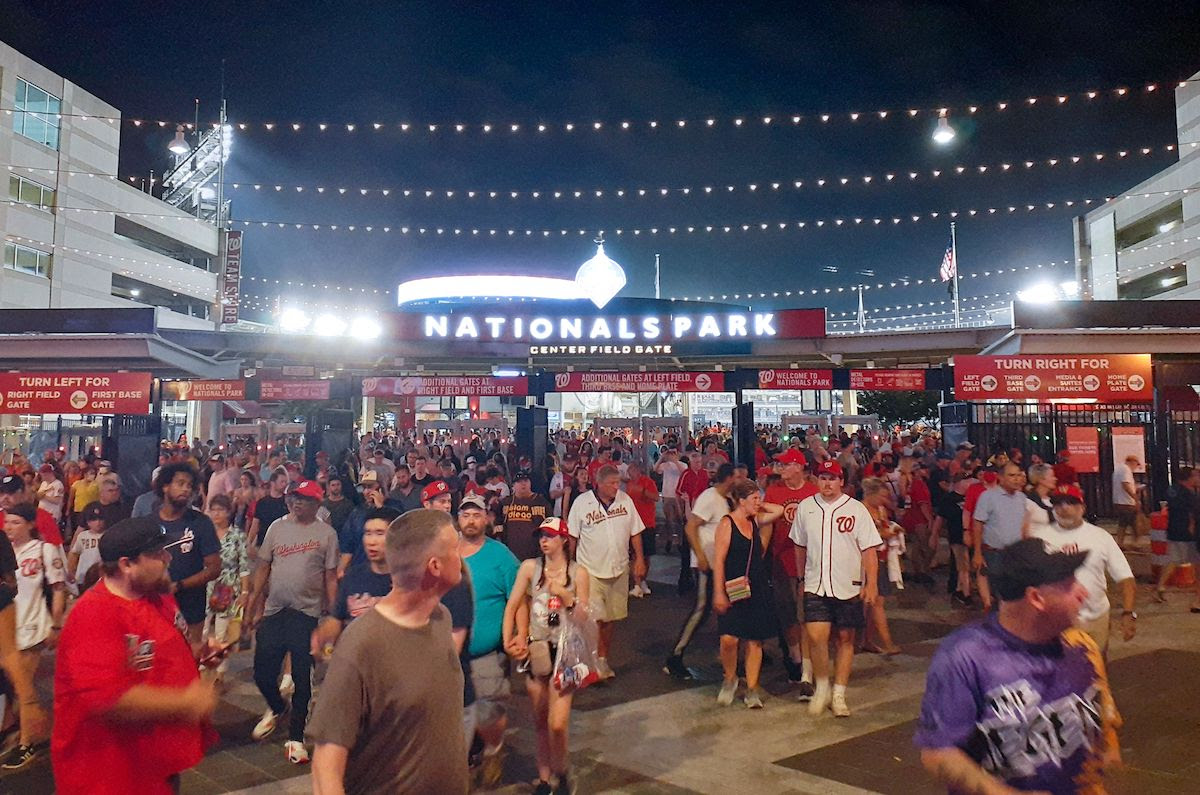 How Baseball Responded in the Chaos of its Worst Nightmare

A scary situation unfolded Saturday night when shooting occurred outside Nationals Park during the Nationals-Padres game (video). The shots were heard during the TV and radio broadcasts as the stadium erupted into panic. At least three people were shot in the incident with police confirming the gunfire between two cars outside the park. Fans inside couldn’t tell if the shots were coming from inside or outside the venue. Players like Manny Machado and Fernando Tatis Jr. guided a flurry of fans into the dugout for safety.

The Nationals Park incident comes just one week after police arrested three men with more than a dozen weapons and hundreds of ammunition at a hotel in Denver near Coors Field before the MLB All-Star Game.

The Padres-Nationals game was suspended in the bottom of the sixth inning with the Padres leading (8-4). The two teams finished the game on Sunday. San Diego won (10-4).

CBS: Nationals Game Suspended as Fans Rush for Exits After Shooting Outside Stadium

The U.S. soccer team got an early goal — really early — from Shaq Moore just 20 seconds into their final group stage match against Canada on Sunday, and that was all they needed (1-0). The U.S. won Group B, but both teams are through to the knockout stage of the Gold Cup. The elimination round begins this weekend.

The opening game of the Yankees-Red Sox series was postponed on Friday due to a COVID-19 outbreak inside the Bronx clubhouse, but that didn’t stop the Pinstripes from beating the AL’s top team on Saturday (3-1) and Sunday (9-1). The Yankees (48-44) have now won seven of their last 10 to keep playoff hopes alive.

After two exhibition losses to Nigeria and Australia, the Team USA men’s squad is getting back on track. They took down Argentina last week before holding off Spain (83-76) thanks to strong showings by Kevin Durant (14 points) and Damian Lillard (19 points) on Sunday. Next stop? Tokyo.

The Team USA women’s squad also got off to a rough start in their exhibition slate, losing last week in both the WNBA All-Star Game and a matchup with Australia. It was the first pair of back-to-back losses for Team USA in over a decade, but they bounced back to thump Nigeria on Sunday (93-62). A’ja Wilson (16 points) and Breanna Stewart (14 points) led the charge.

It was Charles LeClerc who led the first 50 laps to open the British Grand Prix Sunday at Silverstone Circuit, but Lewis Hamilton always finds a way. The all-time Formula 1 wins leader had a high-speed collision with Max Verstappen on the opening lap, but he hung around before a brilliant pass of LeClerc on Lap 50 (of 52) before swiping the win — his 99th career victory.

Aric Almirola entered Sunday at New Hampshire Motor Speedway with a 98-race winless streak in the NASCAR Cup Series. No more. The Stewart-Haas Racing driver jumped from 27th in the points standings to 14th and into the NASCAR Playoff standings (Top-16) with his win in the Foxwoods Resort Casino 301. NASCAR returns Aug. 8 before playoffs begin in September.

Meet Every Athlete for Team USA

Team USA is en route to Tokyo for Friday’s Opening Ceremony, but many of the athletes might be unknown to the casual viewer. Here’s your chance to get to know Team USA’s 600-plus names. Search by state, sport or past medal winners. (USA Today)

The Seattle Kraken are joining the NHL for the 2021-22 season and will play in the Pacific Division. The front office and coaching staff have taken shape, and Climate Pledge Arena is on track to be ready, but the team needs players. Here are the unprotected names in play for Seattle’s expansion draft on Wednesday. (ESPN)

Bradley Beal and Kevin Love dropped out of the Olympics for health reasons last week, and Team USA needed to fill two roster spots. By Saturday, they found the replacements. The Spurs’ Keldon Johnson and the Nuggets’ JaVale McGee are heading to Tokyo. (NY Times)

Coco Gauff Tests Positive for COVID-19, Will Withdraw From Olympics

WNBA Stars File Appeal to Participate in Olympics With Nigeria