It’s another beautiful day for sports in Tokyo. The United States has pulled away in the Olympic medal count, but it wasn’t all gold on Day 5. We’ve got all the highlights from a silver-laced Tuesday and a bounce-back night for the men’s basketball team.

Enjoying The Sportsletter’s Olympics coverage? Know someone else who might enjoy it? Pass the ball and share the sports with friends and family. 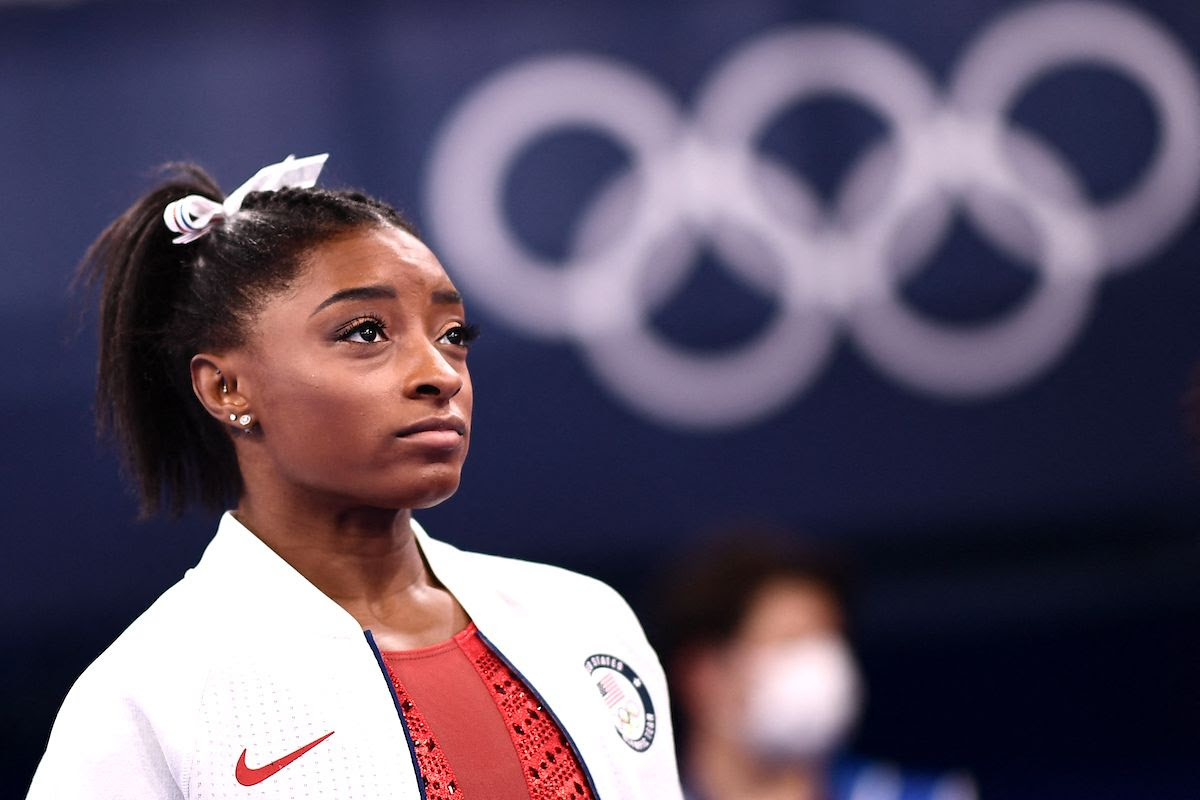 Two Team USA women’s sports failed to secure gold on Tuesday morning in Tokyo after a bizarre turn of events regarding Simone Biles. The world’s greatest gymnast, arguably of all-time, withdrew after the first rotation. A few moments later, the USA softball team also failed to win their gold medal game against Japan. While both USA squads were the favorites, silver medals are spectacular accomplishments. Biles’ courage and team-first attitude provided a silver lining to a silver Tuesday.

After placing second in the qualifying round, Team USA women’s gymnastics finished second to Russia again in the team event. Simone Biles withdrew herself from the event for “medical reasons” after a misstep in her vault landing. She did not have a significant injury. She later discussed mental health and pressure challenges at the podium. Biles suggested that her confidence was shaken as she stepped aside to let her teammates shine. The United States had won every Olympics and World Championships event in the last decade.

🚨 BREAKING NEWS: Biles has officially withdrawn from the women’s all-around competition on Thursday.

The USWNT played Australia to a 0-0 draw in Tuesday’s third and final match of group play. The women’s squad was seemingly content to take the draw and advance into the quarterfinals. They’ll face the Netherlands at 7:00 am ET on Friday morning.

In the inaugural year of surfing as an Olympic sport, Hawaii’s Carissa Moore won the gold medal in women’s surfing by beating South Africa’s Bianca Buitendag. Moore is a four-time World Surf League champion, and now a gold medal winner.

Yahoo! Sports: What Simone Biles Said to Her Teammates After Withdrawing From Team Competition

USA Basketball Back On Track 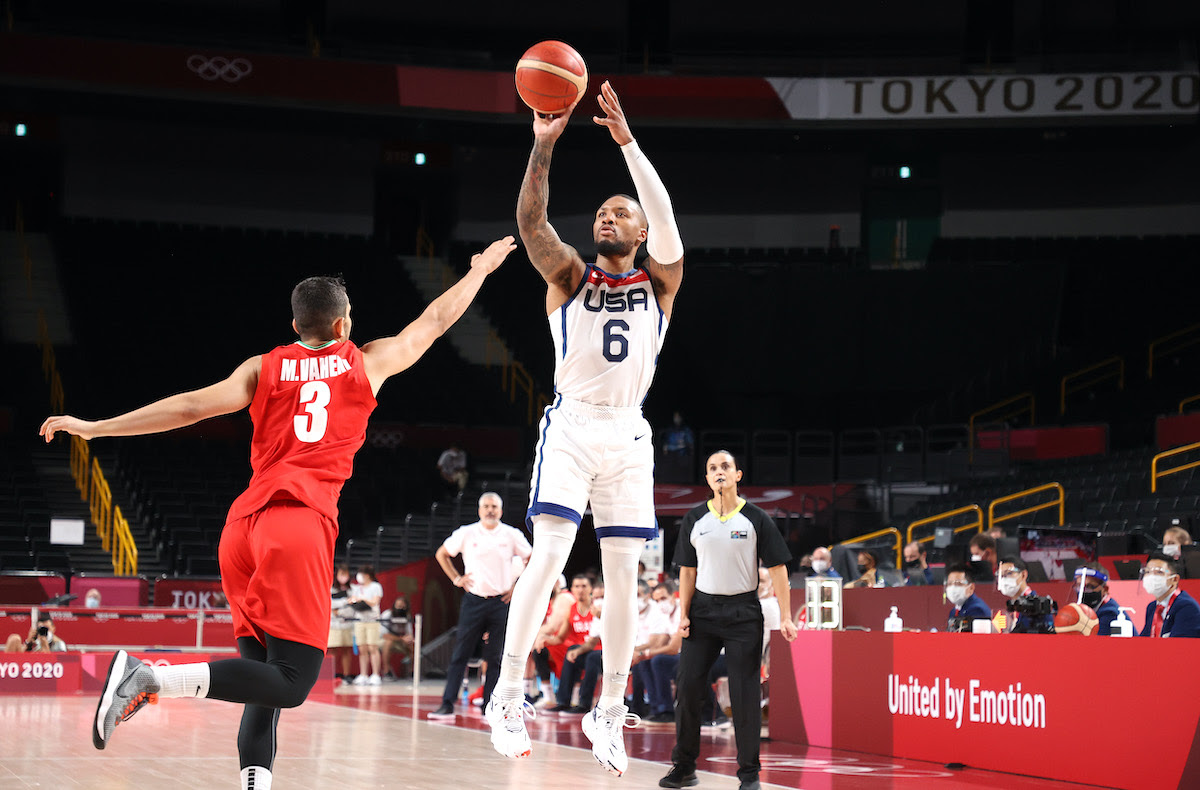 Everyone expected the USA men’s basketball team to bounce back against Iran, but a 54-point blowout? The United States was as dominant as ever following their loss to France in the Olympic opener on Sunday. They shot 50 percent from 3-point range (19-for-38) thanks to Damian Lillard’s 21 points on seven 3s (7-for-13). Lillard got hot early as the USA busted out a 28-12 lead after the first period. Rare misses were the story in Game 2. Every player on the roster made a field goal, and not one player shot below 45 percent, individual. The USA turned Iran over 21 times while committing just six turnovers of their own. They’re back on track, but there’s plenty of work to do.

*Highlights Unavailable Due to Schedule 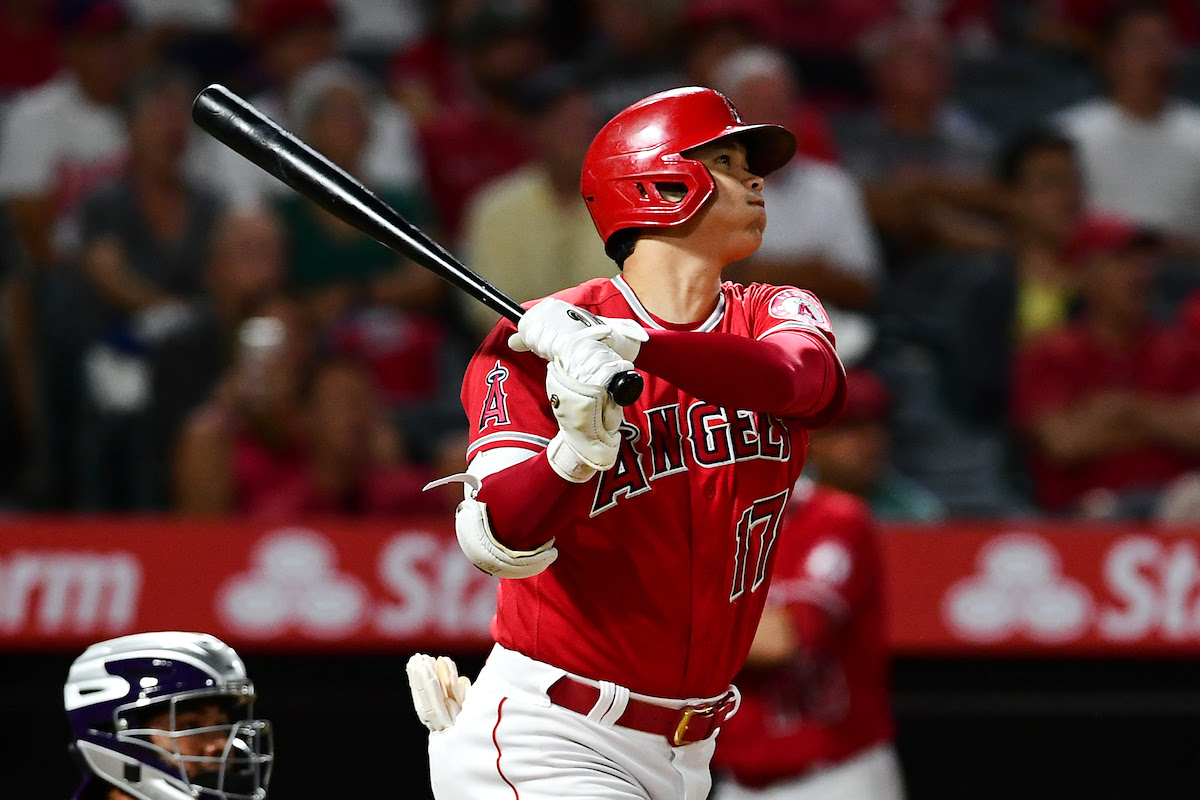 Another night in the majors brought trade deadline speculation but no big moves. In place of a major deal, two of the league’s young stars hit a pair of massive, towering home runs to boost their leads in the MLB home run race. One day after Shohei Ohtani hit his 35th home run and recorded his 100th strikeout from the mound, the Angels’ MVP candidate smashed No. 36 last night — a 463-foot rake. Just south in California, Padres’ superstar Fernando Tatis Jr. sent a 440-foot homer for his 31st of the season. The Blue Jays’ Vladimir Guerrero Jr. (32) is also in the mix, but Toronto’s matchup with Boston was postponed on Tuesday night. The three young bats are running away in the HR race with two months left in the regular season. Here’s where they stand.

Packers QB Aaron Rodgers showed up at Lambeau Field in style on Tuesday, a day before the first practice of training camp, apparently ready to get to work for 2021… After that? Well, we’ll all have to wait and see what next offseason holds. (FOX Sports)

If you were confused about the ROC athletes competing at the 2020 Tokyo Olympic Games, you’re not alone. It stands for the Russian Olympic Committee. And even though Russia was banned from participating under the national flag, they rank 4th in overall medals. (USA Today)

Oklahoma and Texas have officially made their request to join the SEC, leaving an imminent Big 12 fallout. What’s next for the Big Ten, ACC and Pac-12? Expect the other power conferences to make some moves — quickly — and TV networks to have their say. (CBS Sports)