You made it. Tons of sports news awaits as we head into 4th of July weekend. Let’s start today with a fireworks show, shall we?

The Sportsletter Team is off on Monday (July 5). We’ll return to your inbox on Tuesday (July 6) to recap the weekend highlights. Enjoy the holiday! 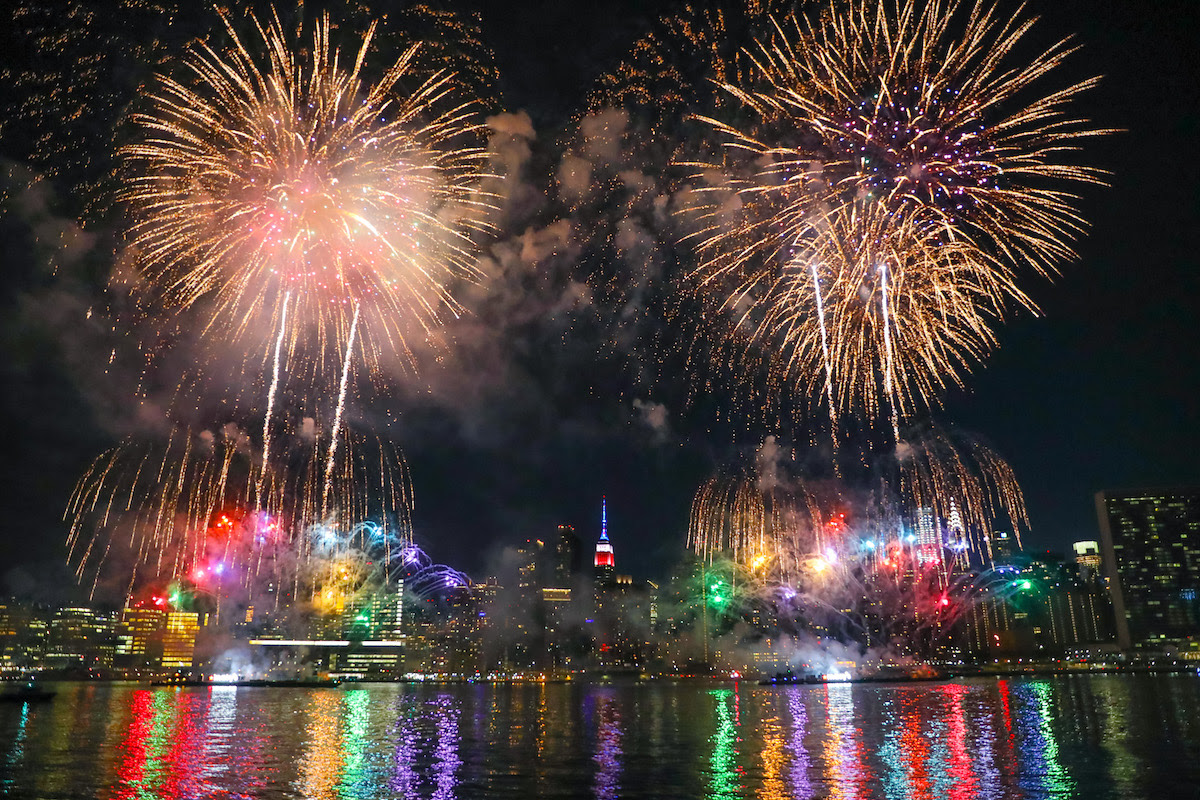 The NCAA Opened the Floodgates for Student-Athletes to Profit Off Their Name, Image & Likeness, And It Was Glorious

“This is the most significant day in the history of the NCAA, and that is not an understatement… The model of the NCAA is coming down, and you can never put it back up again. The fact that the NCAA is really worthless after today is also a very significant moment.” — Paul Finebaum

The NCAA had no choice but to open the floodgates to this new world, which became official Thursday morning. Watching the endorsement deals unfold was like a fireworks show that just wouldn’t end. And luckily for the athletes, it never will. So sit back, relax, and watch the pretty lights shine in the eyes of collegiate athletes everywhere.

Here are some of the biggest, best and most fun endorsement announcements we saw on Thursday…

Auburn quarterback Bo Nix, arguably the most high-profile QB in college football entering the 2021 season, immediately signed a deal with Milo’s Tea. The internet had plenty of jokes, including multiple videos of Alabama fans pouring out their tea.

Hanna and Haley Cavinder, who already have millions of social media followers, inked a deal with Boost Mobile as the company’s spokeswomen. They also have a handful of other smaller endorsement deals as they continue to be among the highest-followed collegiate athletes on social media.

All-American volleyball star Lexi Sun jumped on the opportunity to make money off her own branded apparel products, starting with “The Sunny Crew” — a crewneck sweatshirt. She’ll sell them through a third-party company called REN Athletics.

Both McKenzie Milton (Florida State) and D’Eriq King (Miami), the quarterbacks of prominent Florida universities, took things up a notch from endorsements to endorsers. They became co-founders of Dreamfield Co., an organization to help athletes find speaking engagements, appearances and other opportunities to profit from their NIL.

In a state like Iowa, where pro sports teams are nearly nonexistent, Jordan Bohannon is taking advantage of his stardom with a bunch of money-making opportunities, including monetizing his podcast, selling merchandise and partnering with a cryotherapy brand.

Not Done Yet? Let’s Go Rapid-Fire

A former Notre Dame walk-on created an app where athletes can be paid to play video games with fans. A host of FCS football players at Jackson State — who play for famous head coach Deion Sanders — joined up with Kings Grooming products. Another Division II football player has been playing country music in bars and restaurants for years, and now he can get paid for it. Hundreds of NCAA athletes are taking advantage, but just like unregulated fireworks, it’s a beautiful (and dangerous) free-for-all.

After everything we saw in a wild first day of the new NIL rules, we give you this: Arkansas receiver Trey Knox and his dog ‘Blue’ signed a deal with PetSmart. I mean, c’mon everyone. If you click one link on this glorious Friday, show some love for ‘Blue’ the dog.

Yahoo! Sports: The NIL Era is Here, And It Should Level the Playing Field in College Football 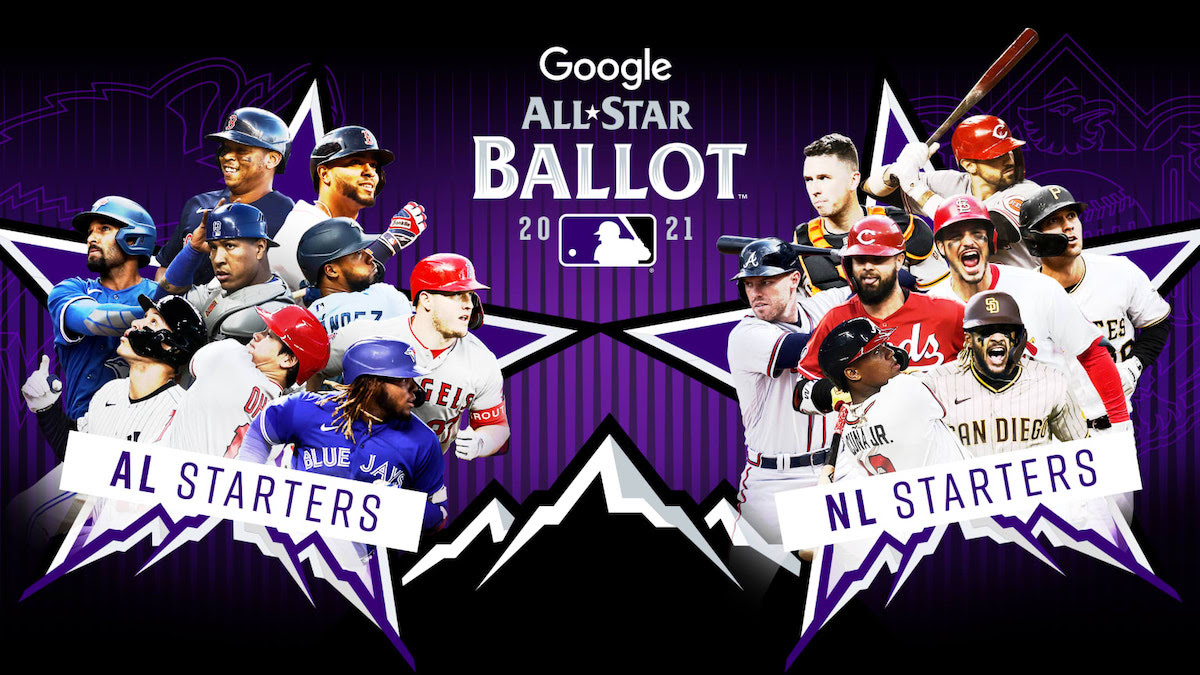 The votes have been counted. The 2021 MLB All-Star Game participants are official. Yes, you will find some snubs. But we’re here to celebrate the achievements. Nine players are making their first All-Star Game starts. It’s a new era in baseball, led by the star-power of Fernando Tatis Jr., Vlad Guerrero Jr. and Shohei Ohtani. The festivities begin next weekend at Coors Field in Denver (Tues. July 13). Here are the starters for this year’s summer classic.

The Deer Are Near 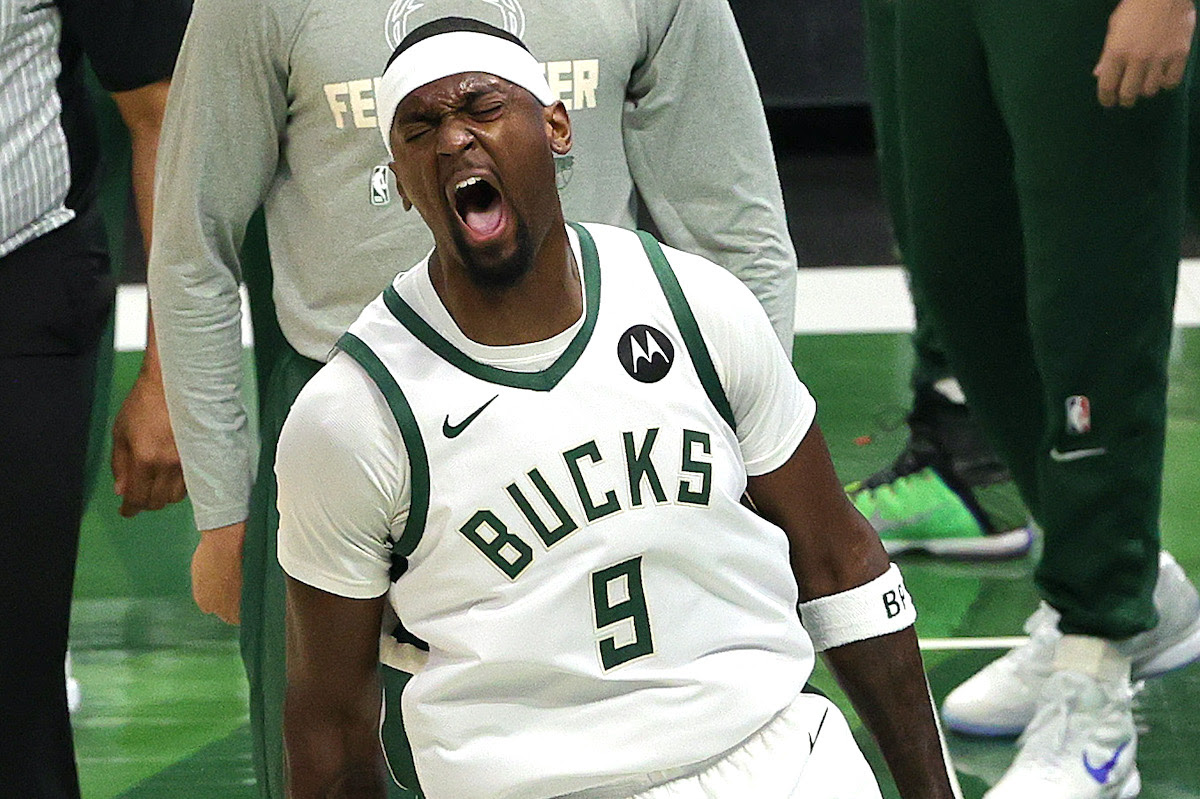 No Giannis Antetokounmpo in Game 5 was a massive blow for Milwaukee in the Eastern Conference Finals, but the rest of the Bucks stepped up in the absence of the reigning two-time MVP. They took a double-digit lead against the Hawks in the first quarter and never looked back. Atlanta was also without their star, Trae Young, and it showed as Milwaukee’s supporting cast took over. Both Brook Lopez (33) and Bobby Portis (22) had playoff career-highs, and the Bucks starters combined for 106 points in a crucial swing game. Without the two biggest stars in the East? Advantage, Bucks. Milwaukee leads the series (3-2) and they can close it out on Saturday.

The Ringer: Do the Hawks Still Have a Chance at a Comeback?

️ MLB: Freddie Walks It Off for Braves

Among the MLB action from Thursday night was a Freddie Freeman walk-off single that scored Guillermo Heredia for the Braves’ win against the Mets (4-3). Freeman also earned a starting spot in the MLB All-Star Game just hours before.

The early exits continued at Wimbledon on Thursday with (3) Elina Svitolina falling to unranked Magda Linette in straight sets (6-3, 6-4). She’s the fifth player in the women’s top-10 to leave in the first two rounds.

In the final friendly before the Olympics, the U.S. Women’s National Team crushed Mexico on Thursday (4-0) behind goals from Sam Mewis, Tobin Heath and Christen Press (2).

The Connecticut Sun won their fourth straight game on Thursday, beating the Indiana Fever (86-80) behind a career-high 34-point night for Brionna Jones.

College Sports Will Never be the Same

The sun has set on the old era of college sports. Beginning Thursday, the last gasps of an antiquated model will be replaced by a landscape defined by the open marketplace for student-athletes to capitalize on their name, image and likeness. It’s a brave new world… (USA Today)

Major League Baseball’s first-year amateur player draft is set to begin on Sunday. The Pittsburgh Pirates will make the No. 1 selection for the fifth time in their franchise history. Here are four prospecs to wach as Pirates face the pressure. (CBS Sports)

The 2021 NBA Free-Agency Big Board

Kemba Walker was traded. Damian Lillard could push his way out of Portland. And several franchises have undergone significant front office and coaching changes. The free-agency stars are aligning as the NBA season dwindles. Plus, is Kawhi Leonard up for grabs? (Bleacher Report)

Bobby Bonilla Gets Another $1.19 Million From Mets on July 1st Despite Not Playing for 20 Years

Yankees Acquire OF Tim Locastro in Deal With Diamondbacks

The July sports blitz gets started with Game 3 of the Stanley Cup Final and the conclusion of the Eastern Conference in the NBA Playoffs. Plus, a busy 72 hours in Europe awaits. Don’t miss the Subway Series (Yankees-Mets) all weekend long. We’ll return to your inbox on Tuesday (July 6) to recap the best moments from the holiday weekend.