Another night of excitement from Tokyo… If you’re a fan of USA women’s sports teams, stop what you’re doing and catch the action. Women’s soccer, gymnastics and the softball gold medal game are on display right now. And if you went to bed early, you missed a 17-year-old swimmer — from Alaska? — who just stole American hearts.

BREAKING NEWS: Naomi Osaka (Japan) ousted from Olympics by Marketa Vondrousova (Czech Republic) in the third round of women’s tennis (6-1, 6-4). 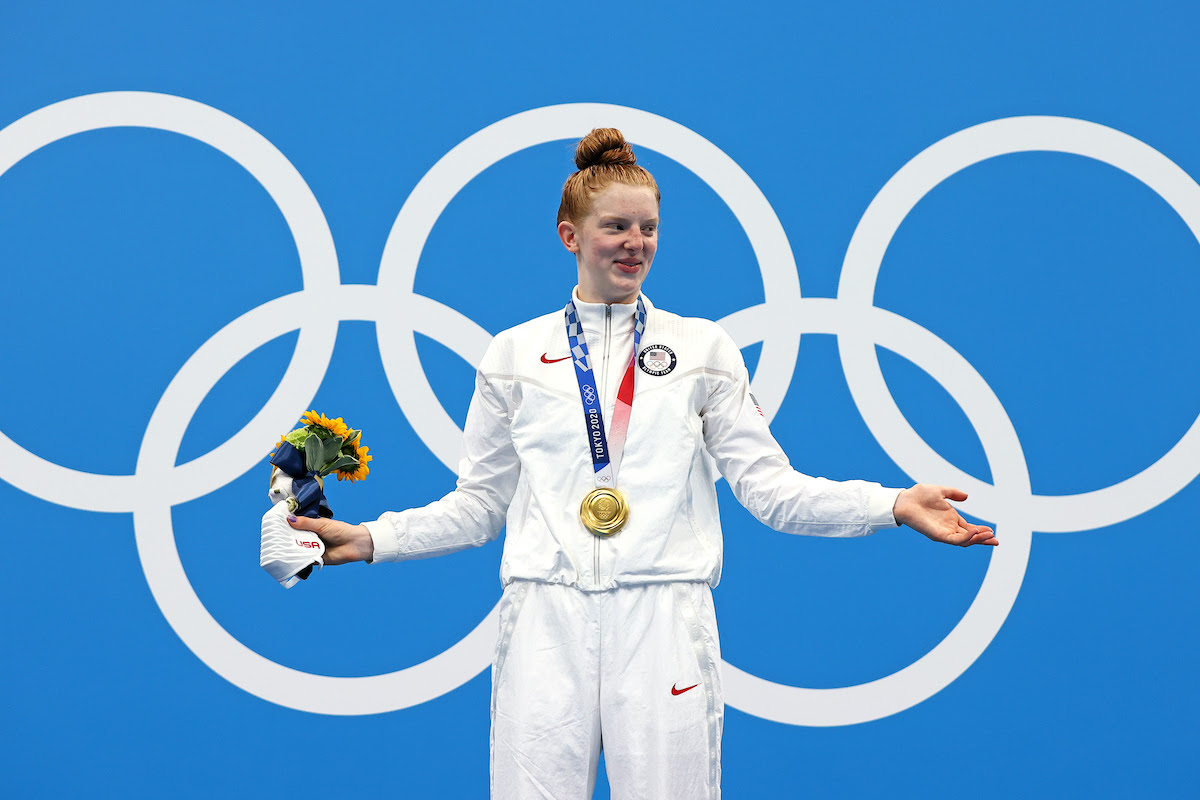 Seven more medals were won by Team USA on Days 3-4, but none more surprising or emotional than Lydia Jacoby’s upset in the 100-meter breaststroke. The event featured the gold and silver medal-winners from the 2016 Rio Olympics — Lilly King (USA) and Tatjana Schoenmaker (South Africa) — but it was Jacoby, a 17-year-old from Seward, Alaska, who came out of nowhere to swipe the gold. She touched the wall in 1:04.95, just .27 seconds ahead of Schoenmaker (2nd) and .59 seconds ahead of King (3rd) in a thrilling finish. Jacoby is the first Olympic swimmer born in Alaska, and she’s the first individual woman to win gold in the pool for Team USA in Tokyo. 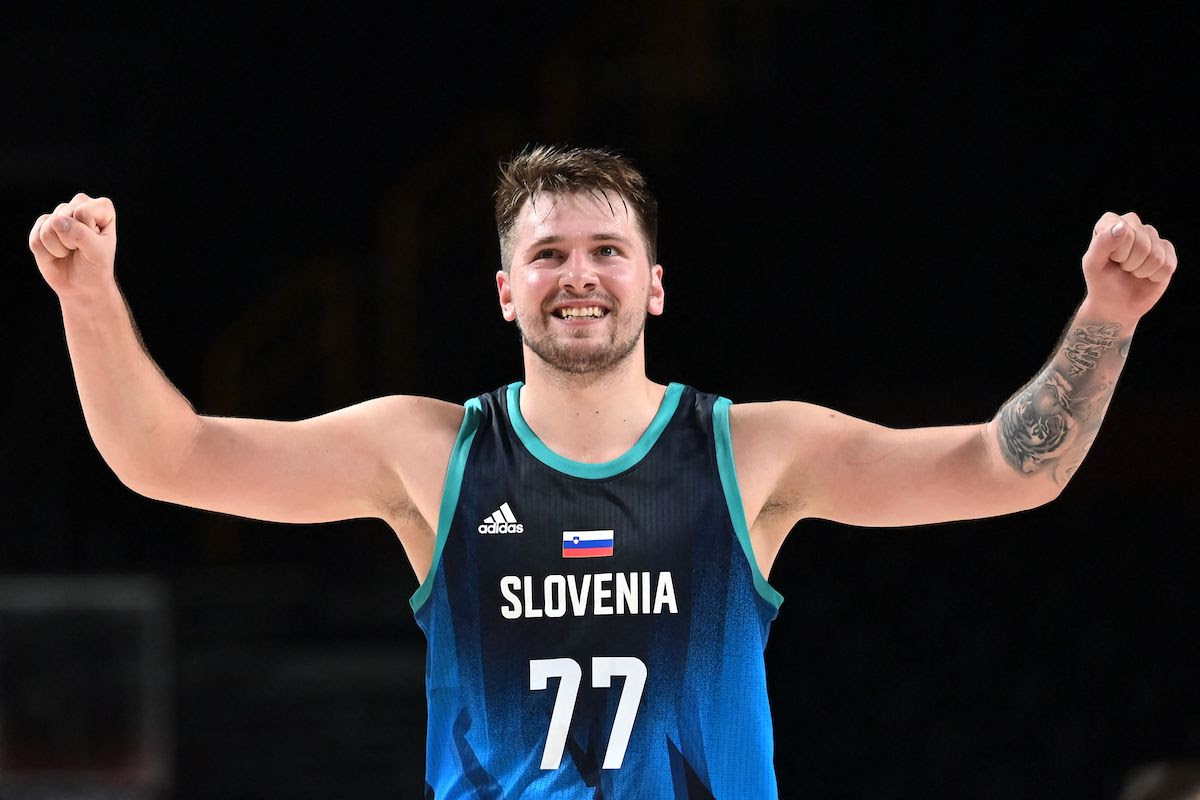 There’s much more to the Olympics than just Team USA, and some of the world’s best athletes delivered stunning performances on Days 3 and 4. NBA star Luka Doncic was one of the international stars who bursted onto the Olympic stage Monday with a 48-point debut in Slovenia’s win over Argentina (118-100). The 22-year-old first-time Olympian scored the second-most points ever by an individual player in Olympics history (Oscar Schmidt, Brazil, 1988). Doncic shot 18-for-29 (62%) including six 3s. He also had 11 rebounds and 5 assists.

Highlights From Other Countries

*Most links to video highlights 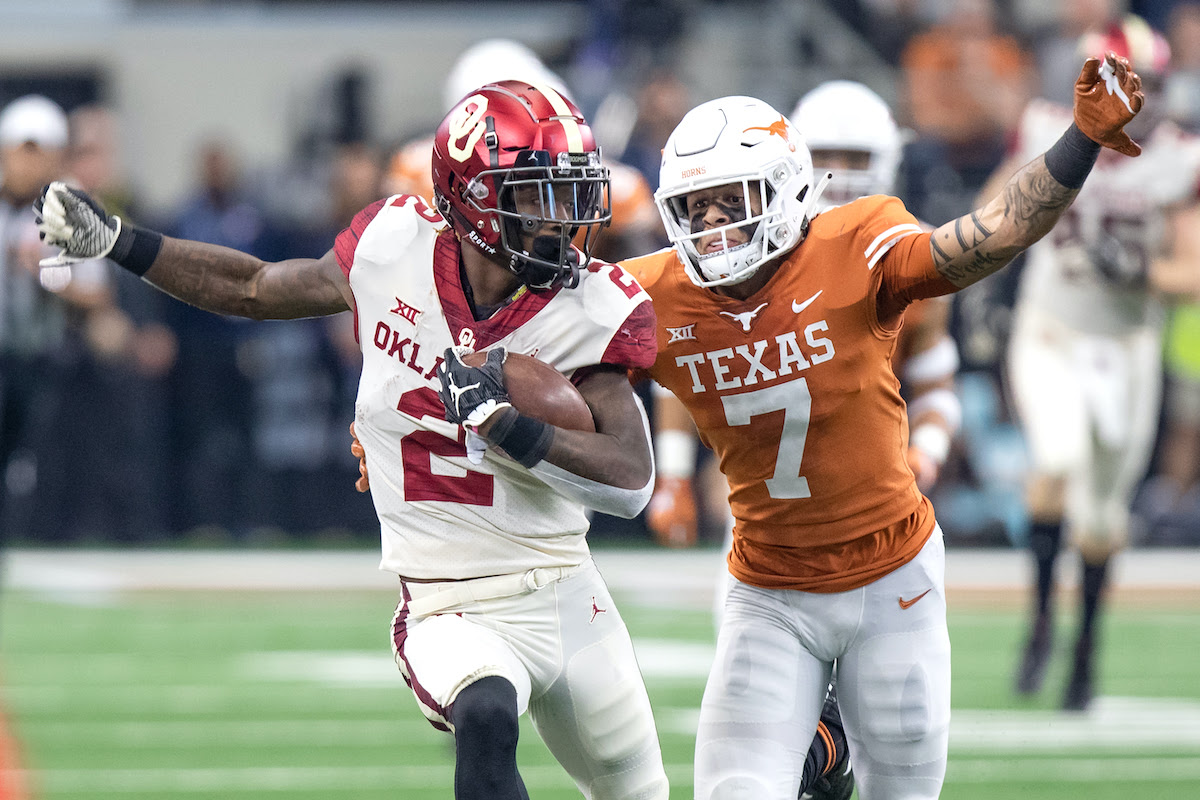 The rumors started swirling last week, and now it’s official. Both Texas and Oklahoma released a joint statement on Monday that they would not renew their media rights with the Big 12 Conference beyond the current deal (2025) in an attempt to join the SEC. The announcement was met with plenty of backlash from other Big 12 programs, but there’s still work to be done before OU and Texas jump ship.

Just because the two schools opted not to renew their media rights deals after the current expiration, that doesn’t mean they will be part of the Big 12 through 2025. Legally, they’re required to pay a $80 million penalty for leaving the conference early while also giving at least 18 months notice. Expect both universities to shell out the penalty and jump to the SEC as early as 2023. There’s also the possible scenario that the Big 12 dissolves if a mass exodus takes place, meaning no schools would be force to pay the penalty.

The Southeastern Conference is already the premier division in college football, and adding OU and Texas would increase the membership to 16 schools — the largest among the Power-5 conferences. In the event the two schools apply for SEC membership, 11 of the 14 SEC schools would need to approve the additions. There’s no news yet on that application.

Simplified: The NCAA lifted the lid on student-athletes’ ability to cash in on their name, image and likeness earlier this summer. There’s more money to be made in the SEC, for both athletes and programs, and OU and Texas know they need to compete with recruiting efforts to stay among college football’s elite.

ESPN: Will Texas, Oklahoma Really Leave for the SEC? We Answer the Biggest Questions 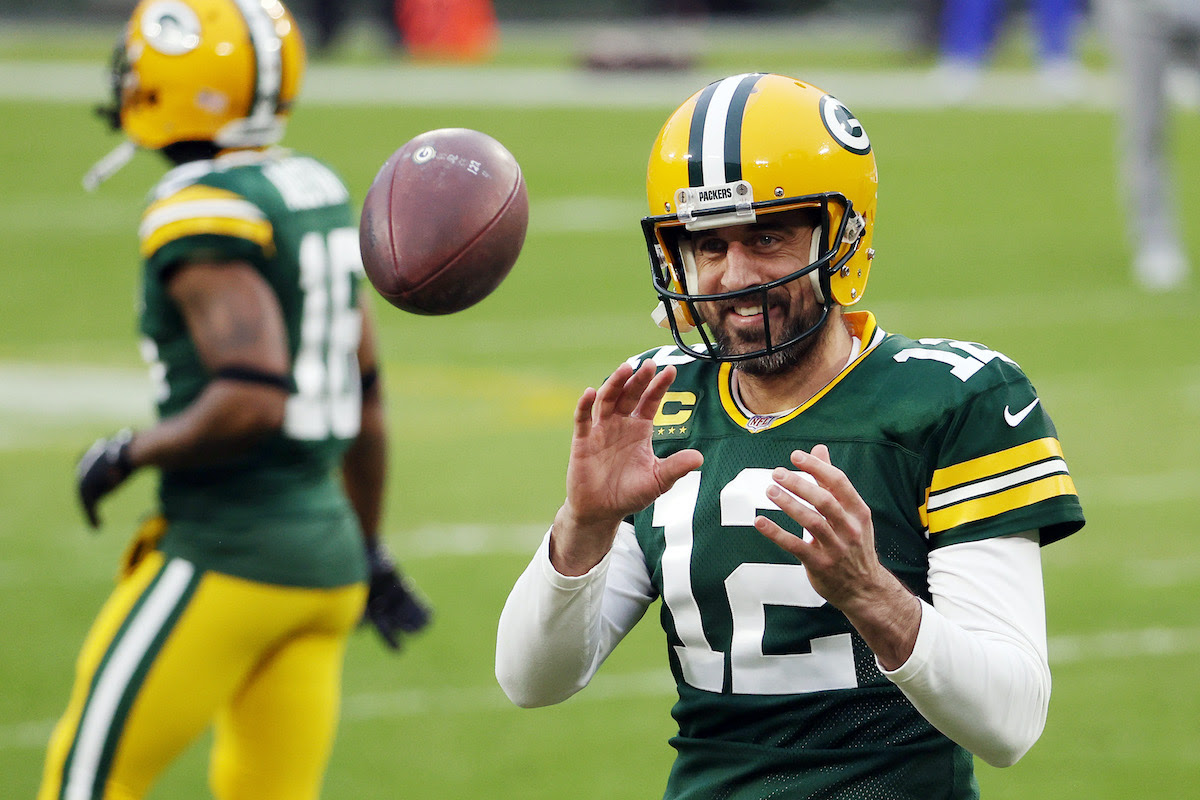 The saga may be coming to an end. ESPN’s Adam Schefter reported Monday that the Packers have offered to rework Aaron Rodgers’ current contract, and that the Hall of Fame quarterback is close to returning to the team. The news of Rodgers being unhappy with the Packers first blew up on draft night in April. But what seems like a win for Green Bay at face value might just be a temporary solution. Here’s why:

The Packers reportedly offered to void the final year of Rodgers’ current contract, making him a free-agent at the end of this season. He can then choose his next team rather than force a trade this season. The reigning MVP has spent all 16 of his NFL seasons in Green Bay, and the Packers remain committed to him beyond 2021.

What to Expect This Season

If Rodgers does return for the 2021 season, expect the Packers to swing trades and put talented pieces around him — the ones he wants — and pray they win the Lombardi Trophy. Anything short of a Super Bowl might signal the end of the Rodgers era in Green Bay. And if it is the end in 2022, he’ll get to choose his destination and leave the Pack with nothing in return.

A temporary win for Green Bay. A long-term win for Rodgers.

The Ringer: Aaron Rodgers is Reportedly Returning—Perhaps for One Last Dance

Yahoo! Sports: Back With the Pack? Rodgers Might Return, But the 2021 Season Could Be His Last in Green Bay

There is no getting around the fact that the National Football League is strongly recommending players get vaccinated, without actually mandating it by rule. But threatening forfeits and lost game checks can severely change how winning teams are built. (FOX Sports)

The NBA’s free-agent market opens in less than one week, and there are plenty of star players up for grabs. A few veterans are likely to stay put, but rising stars and role players abound in this year’s free-agent pool. (ESPN)

The training ground for Simone Biles and fellow Tokyo Olympian Jordan Chiles is also state-of-the-art setting for a new era of gymnastics in the United States. Biles built it, and now it’s building her legacy. (Bleacher Report)